Tuesday, May 24
Trending
You are at:Home»News»Exeter»Hotel ditched as revised ‘co-living’ plans to redevelop Harlequins shopping centre in Exeter get go-ahead

Revised plans to redevelop the Harlequins shopping centre in Exeter – minus a previously-agreed hotel – have been given the go-ahead.

Original blueprints for a total of 251 bed-spaces, as well as a 116-room hotel with bar and restaurant, were backed in October last year.

But developer Curlew submitted a new application saying that Covid had caused ‘significant changes to the economy’.

The revised scheme replaced the hotel with a second co-living block – increasing the scheme’s total number of beds by 132.

Passivhaus-standard energy-efficient accommodation will be made up of self-contained studio apartments with ‘kitchenettes’ along with ‘cluster flats’ that will share amenities.

Twenty per cent of the units will be classed as ‘affordable’, with priority given to key workers. 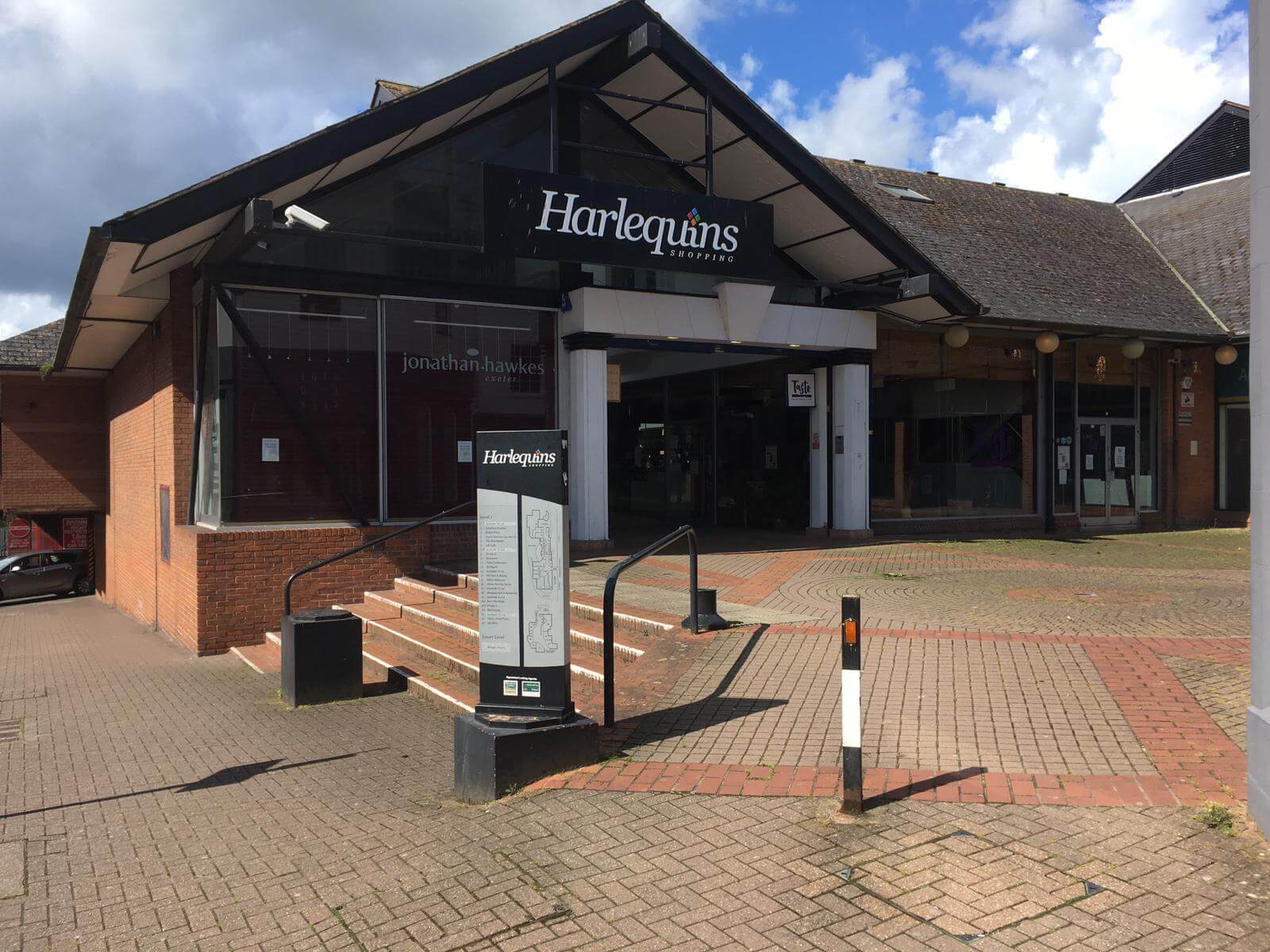 Applicant Chris Dadds said the units would be restricted to single occupancy only and that minimum terms would be for three months.

The development will be car-free except for two disabled spaces and two electric vehicle spaces, with 280 cycle bays will be provided.

A ‘pocket park’ will be created, along with improvements around Paul Street for pedestrians and cyclists, along with a replacement pedestrian bridge.

Both blocks will operate jointly, with one management team, and residents will have access to amenities including lounges, cinemas, a gym, separate yoga studio and spa suite, laundry, co-working area and a games zone.

Exeter City Council leader Phil Bialyk backed the scheme before citing former United States President Franklin D Roosevelt and saying: “The only fear we have is fear itself – that’s all we’ve got to be frightened of here.

“Come on guys, look at what it’s doing for our housing supply….the availability of housing for people in Exeter.

He added: “I think it’s time that that place [Harlequins] was regenerated in this way.

“We have firm commitments that we do not want to build on the hills and the surrounding green land around this city, and so therefore we have to redevelop brownfield sites. We have to – in effect – go up if we are to defend those.

“It’s make your mind up time on which direction we go, and I think we should be going in this direction.”

Cllr Ruth Williams said: “For me, the additional 132 bed space is really important.

“We have 2,200 people on Devon Home Choice [waiting list for housing], so this makes a significant difference to addressing the shortage of accommodation in Exeter.”

However, Cllr Diana Moore voted the bid, expressing concern over the ‘unclear’ proposed rental value of the units and restrictions on who could live there.

She said: “This development doesn’t provide extra homes, it provides accommodation for single people only.”

Cllr Rob Hannaford voted in favour, but admitted there was some uncertainty. He said: “I think we are looking at a bit of an experiment here and some unknowns in terms of how it’s going to work and what the market is…but I hope that it will deliver what we want in terms of key workers and affordable housing.”

He added: “If, once it’s built, a lot of these units go to students rather than key workers, then we’ll see what public opinion says at the time, but let’s hope it does what it says on the tin and we wish it well.”