Husband and wife volunteers from a charity founded in Honiton went head-to-head in a virtual challenge to walk from Land’s End to John o’ Groats for the Devon Freewheelers.

Married Anthony and Amy Ewens competed against each other in LEJOG21, to travel a distance of 874-miles, raising £150 for the Devon Blood Bikes charity.

Amy, aged 28, a Devon Freewheelers volunteer blood car driver for almost two years in the Plymouth area, forged ahead finishing first – a month before husband Anthony, who was at sea with the Royal Navy.

Submariner Anthony, aged 32, a Devon Freewheelers blood biker for two years, also serving the Plymouth area, said: “I spent six months at sea so I had to catch Amy up.  We started just before I went to sea and when I got back Amy was well ahead of me. She annihilated me.

“We did it for the Devon Freewheelers charity because it needs the support; the bikes need funds for fuel, maintenance and upkeep.” 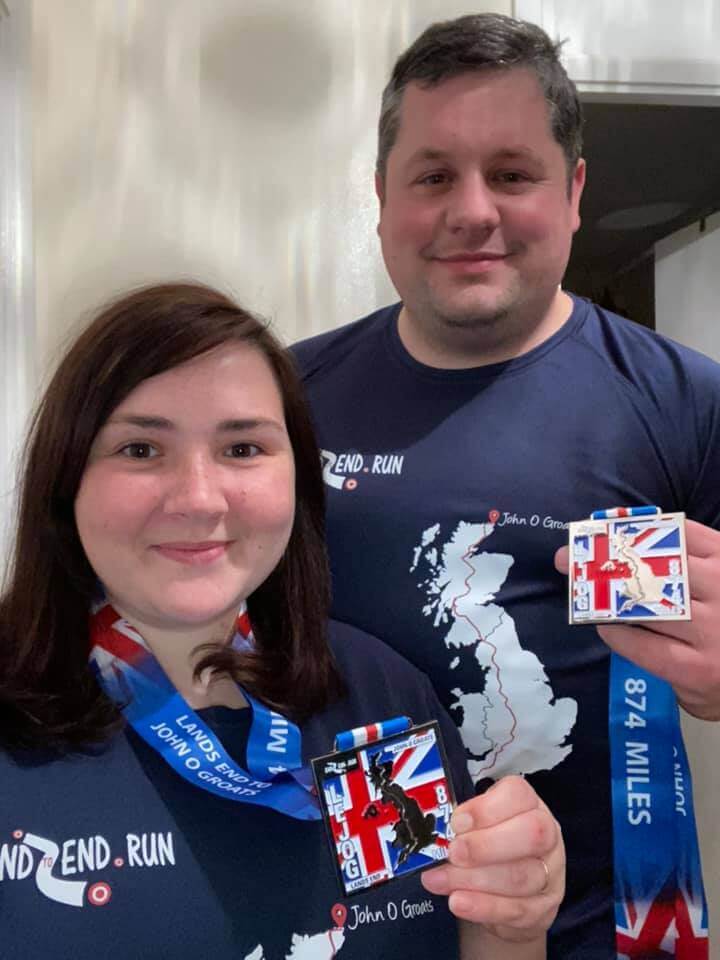 “Because I had Maddy I did quite a lot of my challenge through the dog walking,” she said. “Together, we got out and explored the local area and found new places.

“I was bit surprised I finished before Tony. I was always trying to make sure I could keep up with him.  But when he went to sea, he flagged back a bit.”

Amy added: “We wanted to raise money for the Devon Freewheelers because the charity provides a free service for the NHS, making it easy and accessible for service users.”

Russell Roe, Devon Freewheelers deputy CEO, based at the charity’s headquarters on the Heathpark Industrial Estate, Honiton, said: “Amy and Anthony already give so much to the charity, through volunteering. When we heard they were taking on challenges to raise funds for the Devon Blood Bikes, we were so grateful.

“We are indebted to our volunteers and fundraisers for all they do to keep the service on the road, supporting the NHS for free.

“Our volunteers are awesome. They make us proud every day. They find unique ways to fundraise for the charity and readily give us their free time, to serve Devon’s residents and the NHS.” 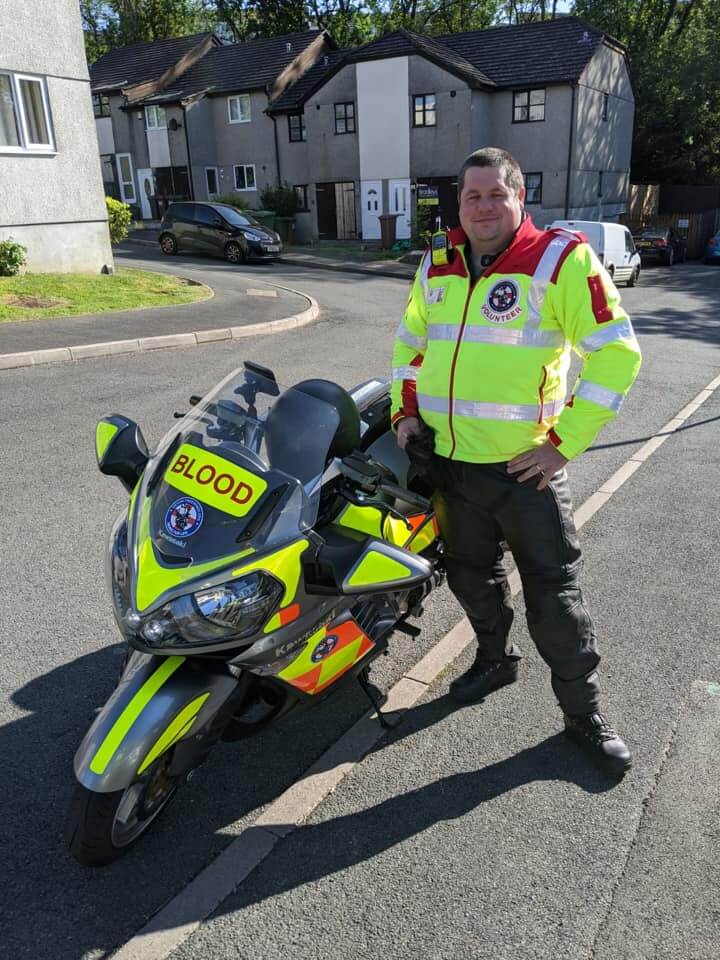 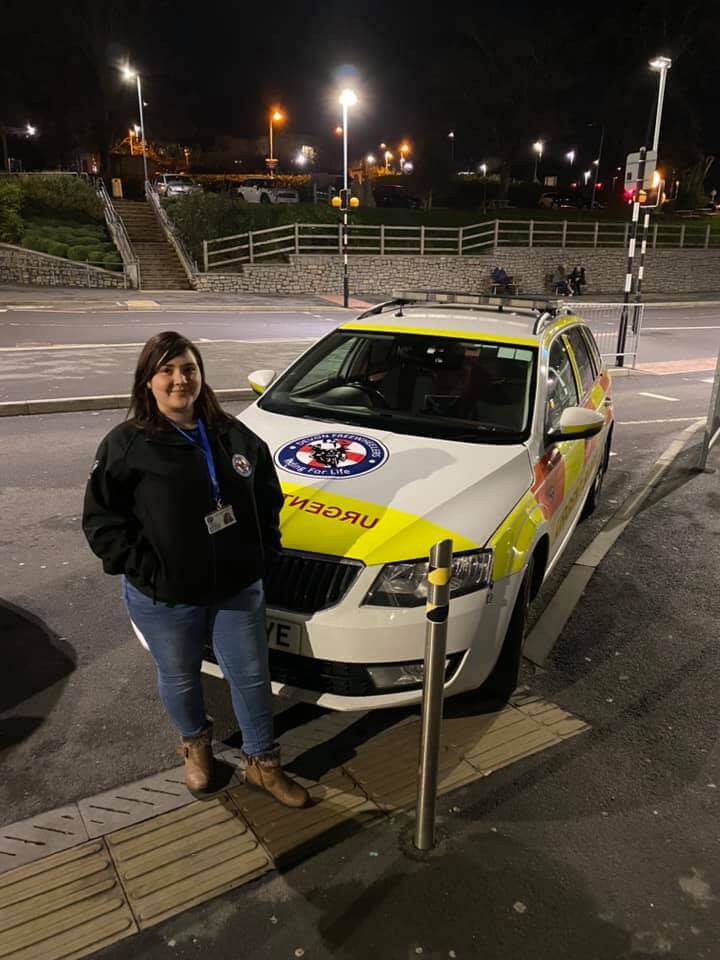 When Royal Navy Field Gunner Anthony was on dry land, he and Amy increased their miles by hiking on Dartmoor.

The couple, who live in Plymouth, received postcards of real-life landmarks from the event organisers each time they passed virtual milestones.

Now the pair, who raised £150 through Facebook and Virgin Money Giving, are gearing up to take on the 2022 Plymouth 10k, in aid of the Devon Freewheelers.

Anthony said: “I spent six months at sea. When I came back, I varied between completing two miles and 20 miles a day.

“The majority of it was done on the treadmill, at home in the garage, and the rest was done with the dog and Amy in the local area or park.”

“Being a Royal Navy Field Gunner I can run short distances, three miles maximum, but I am not a runner at all. As soon as I sign-up I will have to start training so I can achieve a semi-good time.”

Amy, who is already training for the next challenge, said: “My logic is, I ran Couch to 5K in 30 minutes so I only have to run for an hour to finish the 10k distance.” 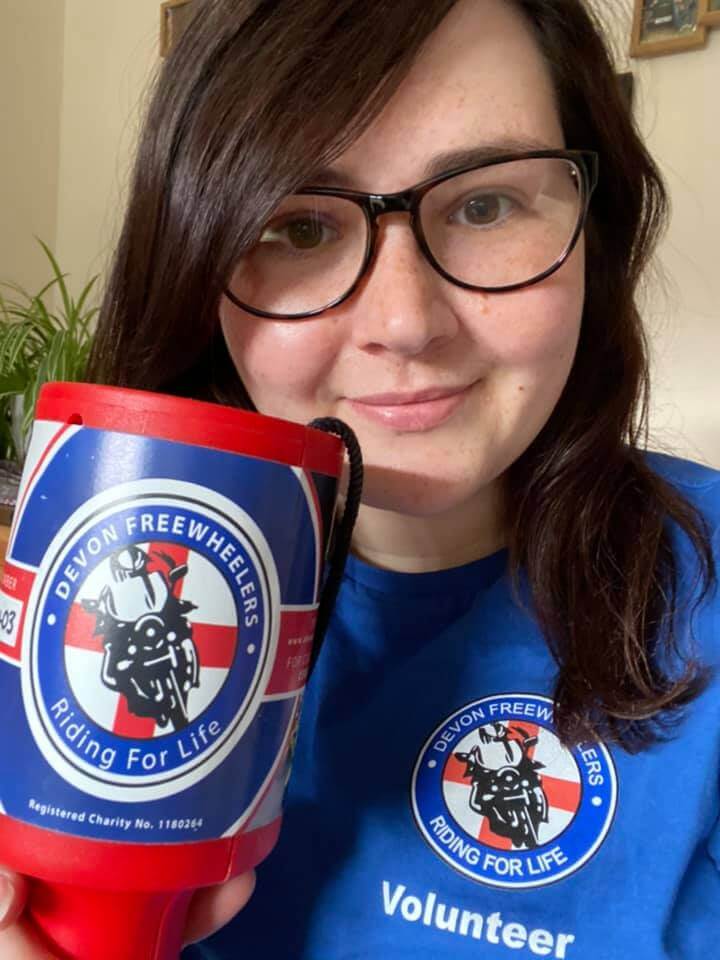 Honiton Christmas carnival 2021: what time does it start and where can I stand to watch?