Friday, August 19
Trending
You are at:Home»News»Sidmouth»Progress for long-awaited Sidford to Sidbury pedestrian and cycle path as highways chiefs agree strategy

A strategy for a long-awaited pedestrian and cycle path connecting Sidford and Sidbury has been agreed by Devon County Council (DCC).

It is hoped the new route will make residents safer while encouraging active travel – seven years after a public consultation to discuss options.

The path will run along 2.5km on the western side of the A375, writes Local Democracy Reporter Joe Ives.

A final strategy has been approved by the East Devon Highways and Traffic Orders Committee (HATOC).

The path will extend the existing trail from Sidmouth via The Byes and will be delivered in two phases. 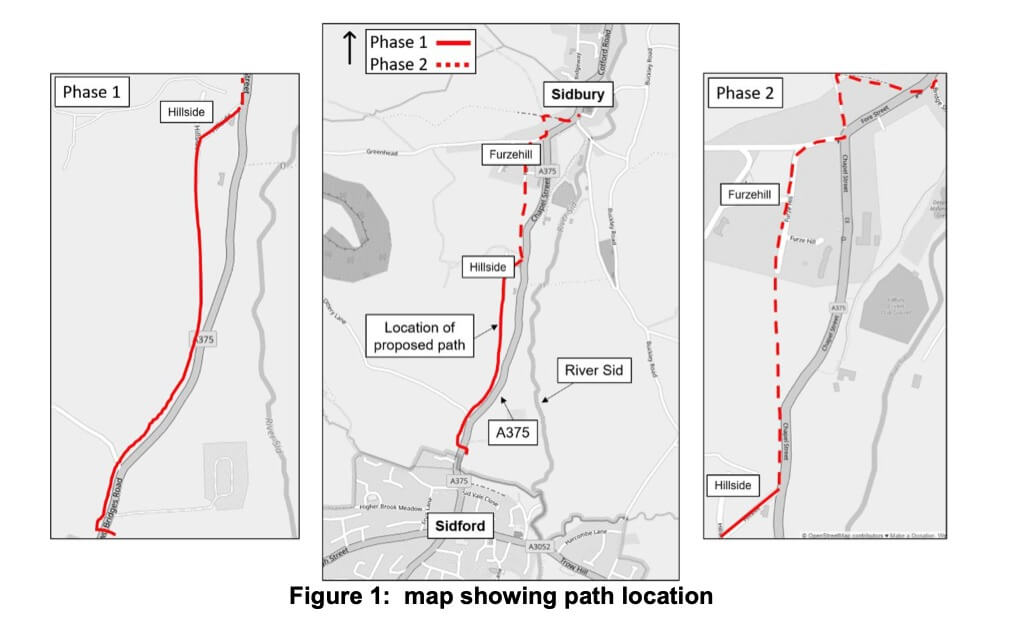 The two phases of development for the route between Sidford and Sidbury. © OpenStreetMap contributors/Devon County Council.

Phase one will connect the new business park planned at Two Bridges, cover the A375 via a new crossing, and continue north to the west of the road. Further details will be worked out by planners.

The second phase will extend the path into the centre of Sidbury, connecting north from Hillside towards Furzehill and removing the need to travel 500 metres along Chapel Street to Fore Street. This section will need planning permission.

HATOC officers will now work on planning applications and land acquisitions for the first phase. 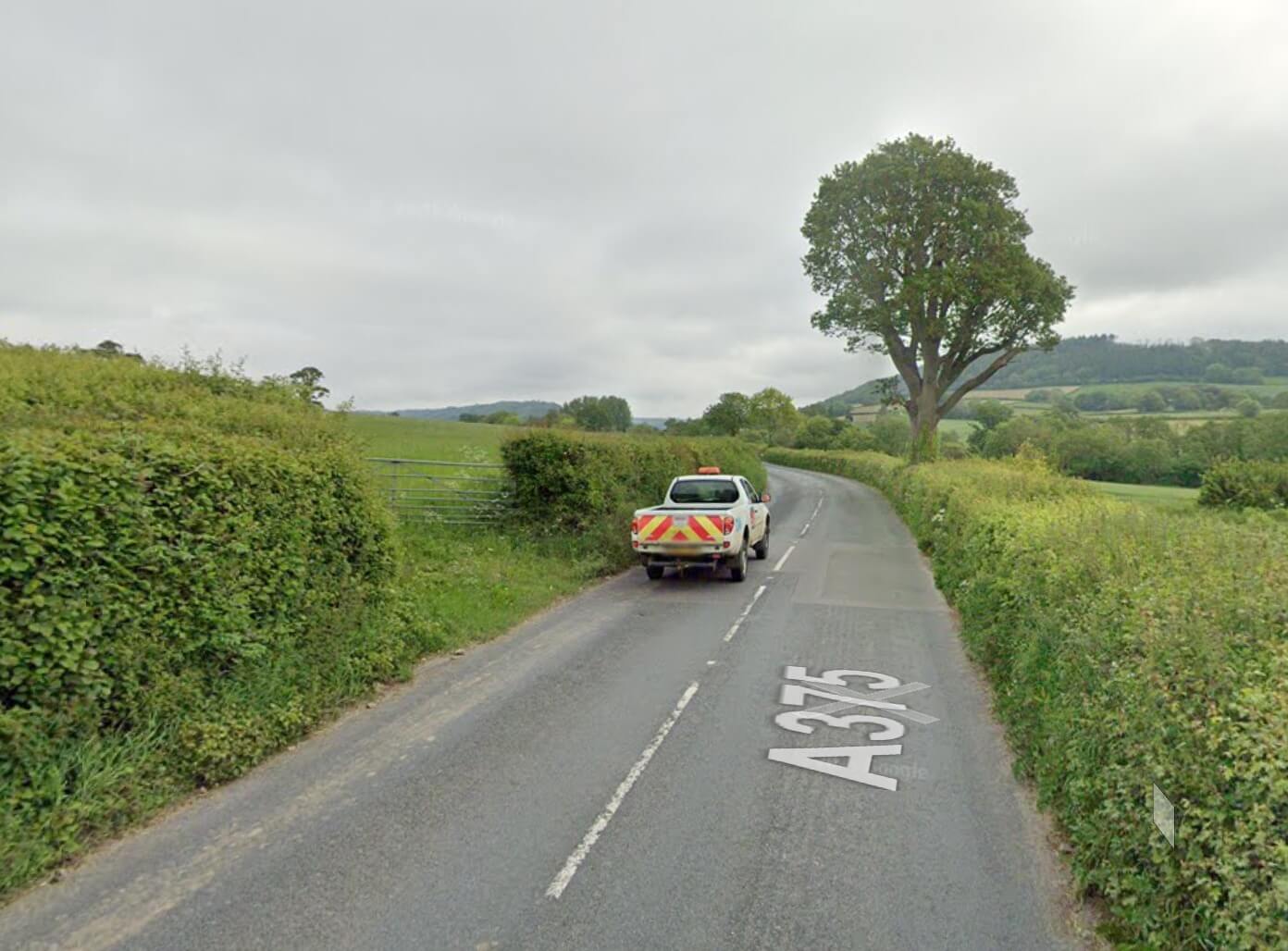 The A375 between Sidbury and Sidford. Image: Google Maps

“I think what we’ve got here is a great scheme. It’s going to provide a safe link between Sidford and Sidbury and vice-versa.

“It’s a good news story and I think the people of Sidbury and Sidford will welcome it.”

Cllr Huges wants to see if a parallel crossing, which is similar to a zebra crossing, for the path at the A375 could be upgraded to a toucan crossing controlled by traffic lights.

“It’s good for health and wellbeing. It’s good for carbon reduction and also it’ll be really good for Sidbury economically.”

The path was approved unanimously by councillors.