The MP for East Devon said his ‘thoughts are with’ those injured in a two-train crash involving a Honiton-bound service in Salisbury last night (Sunday, October 31).

Emergency services were called to Fisherton Tunnel at around 6.45pm and it has been confirmed ‘a number of people’ were hurt but nobody has died.

One of the trains derailed.

Services between Exeter and Basingstoke will be affected today, GWR and Network Rail have said. Passengers have been urged not to travel on this part of the network.

East Devon MP Simon Jupp tweeted last night: “My thoughts are with those who have been injured following the incident earlier tonight.

GWR and Network Rail said in a joint-statement: “All customers and colleagues are accounted for and a number of people have been taken to hospital.

“Our thoughts are with them and we thank them for their patience and understanding.

“The railway will be closed in the area on Monday, affectingSWR trains between Exeter and Basingstoke, and GWR trains between Westbury and Portsmouth, while specialist teams continue their investigations and we urge customers not to travel on this part of the network.

“We’re extremely grateful to the  emergency services who attended the scene and helped our customers and staff in extremely difficult circumstances.

“We will be cooperating fully with the British Transport Police and Rail Accident Investigation Branch to understand how this incident happened.” 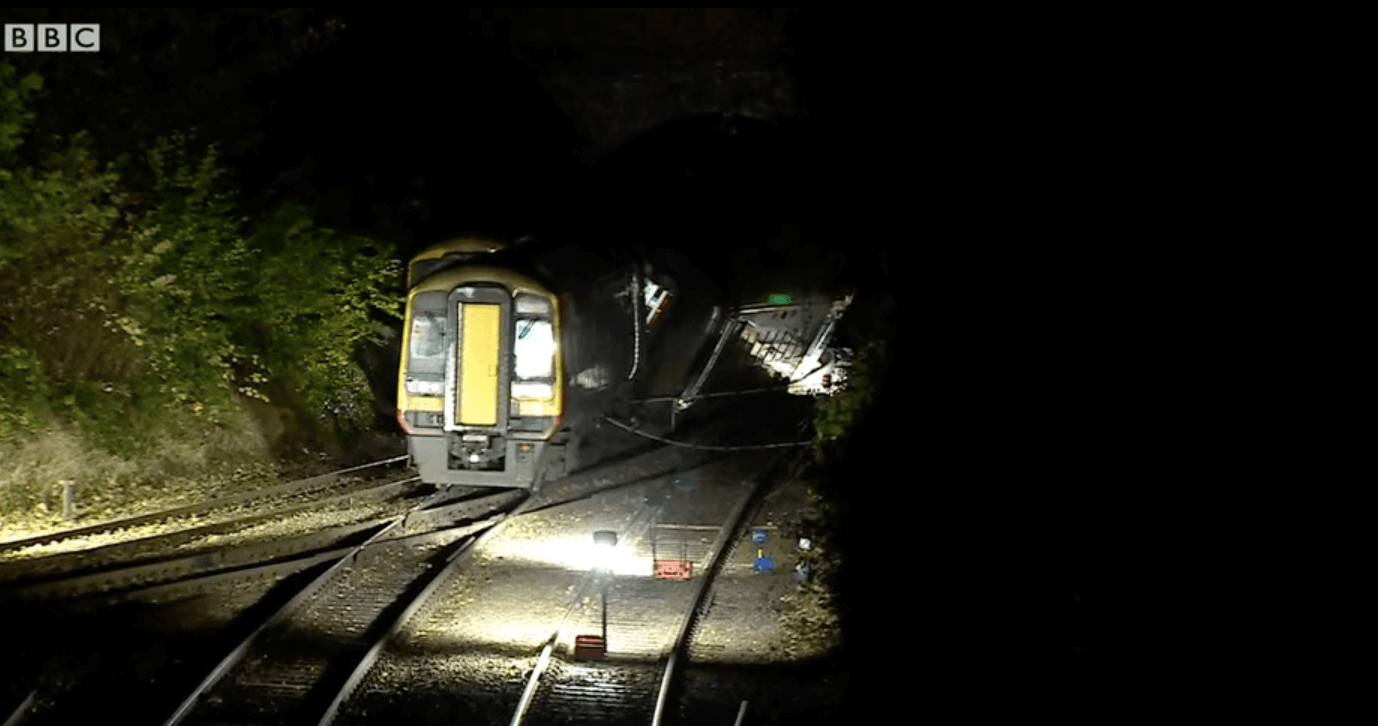 A Honiton-bound service was involved in the train crash at Salisbury. Images courtesy of BBC News Hub 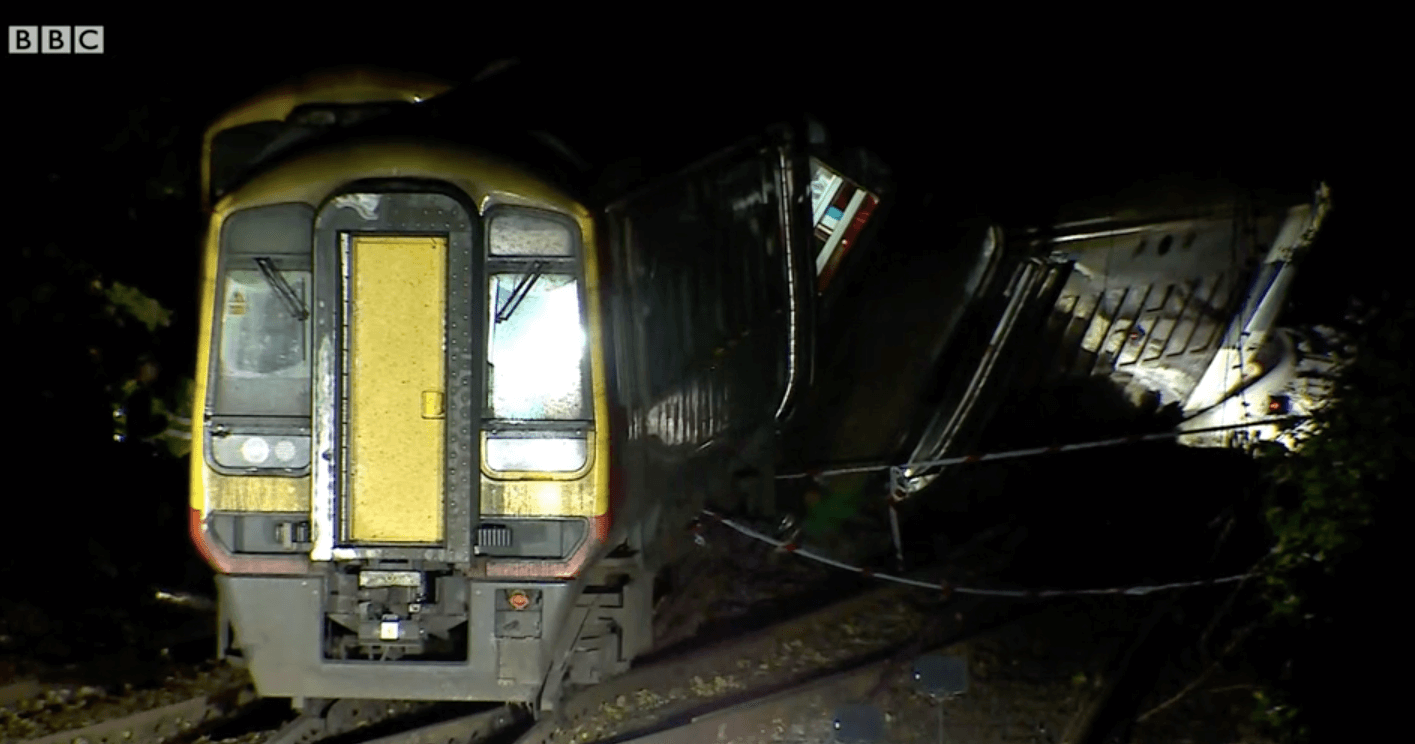 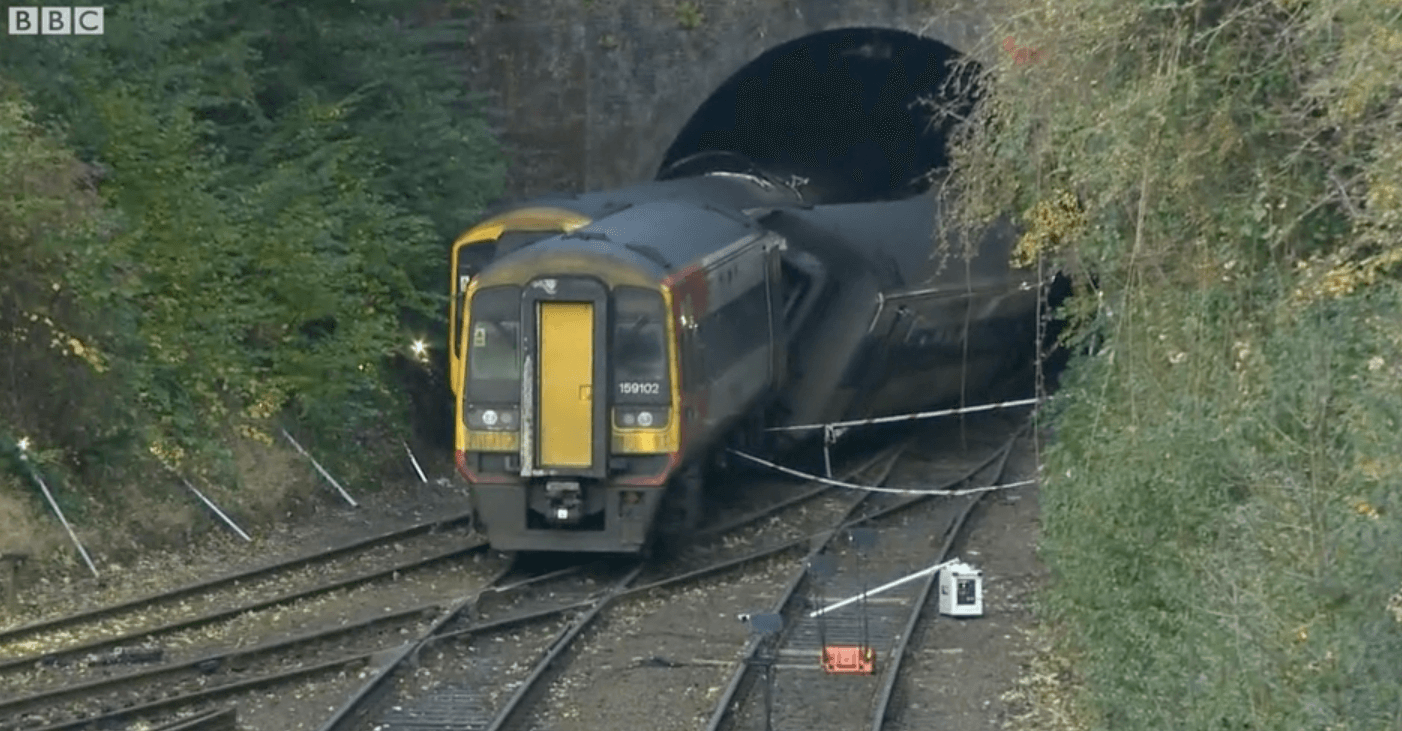 “Officers are continuing to respond to the incident alongside our emergency service colleagues and the line is expected to be shut for some time.

“Thankfully there have been no fatalities, however, a number of people have been injured and a casualty centre has been opened at a nearby church.

“Most of these people are walking wounded, however, a small number, including the driver, have been taken to hospital where their injuries are being assessed.

“A major incident has been declared and this has been a large-scale, multi-agency response working closely alongside our colleagues in Wiltshire.

“We will remain on scene throughout the night working to establish the full circumstances of how this incident came to happen.”

A Dorset and Wiltshire Fire and Rescue Service spokesperson added: “We have carried out a thorough search of all train carriages.

“We have assisted in the evacuation of approximately 100 people.

“We do not believe there to be any further casualties on board the train and there are no fatalities.”