Specialist reconstructive surgery saved the leg of a Feniton cat injured in a fight over territory – and the plucky pet is now back on his feet.

Eleven-year-old Bengal Genghis was bitten on the shoulder before the wound turned septic and a virulent infection began eating through the joint.

He faced having his right leg amputated before vets at a leading Somerset animal hospital came to his rescue.

Genghis was referred to Cave Veterinary Specialists, near Wellington, where the orthopaedic team took charge of the challenging case.

He is now back to his old self – even chasing the family dog.

Owner and Feniton resident Bev Geeson said she was ‘truly grateful’ to Cave, adding: “It was clear that a vicious cat fight had most likely caused the problem and the worst-case scenario would have been amputation or the possibility of euthanasia. 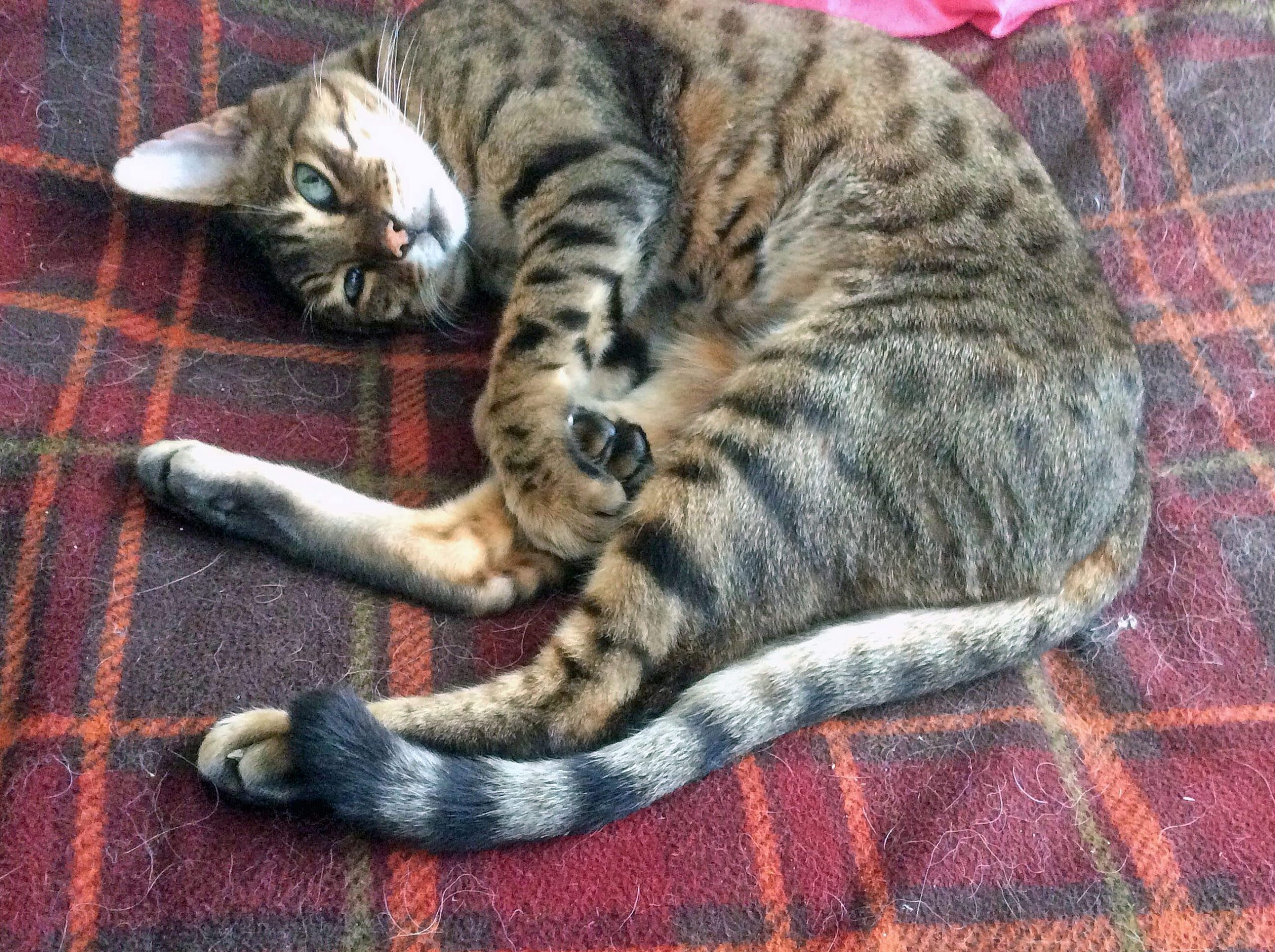 Genghis is now home and back to his normal self. 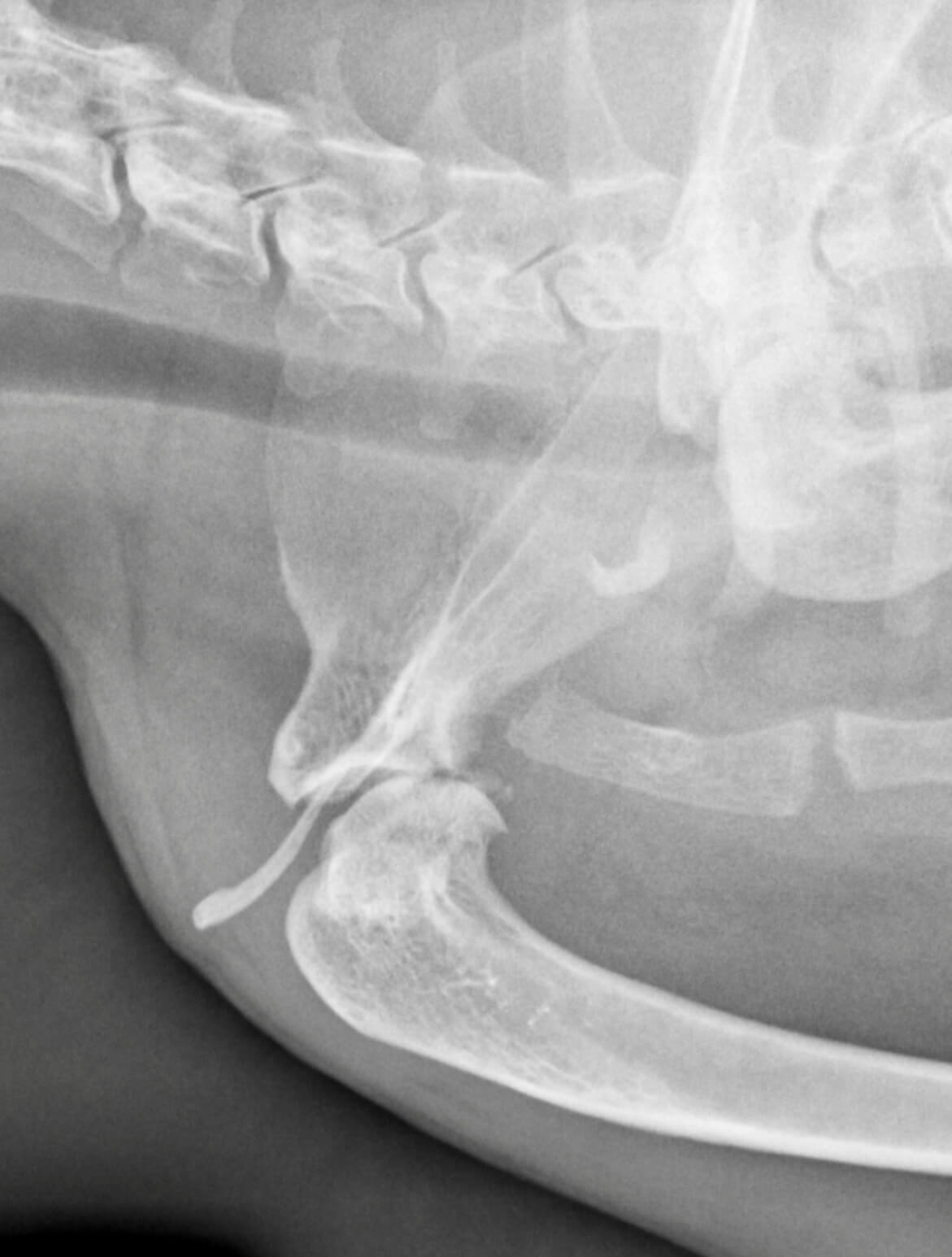 A scan of the damage to Ghengis’s leg before his operation.

“Anyone who has a Bengal cat knows how elegantly and powerfully they climb and run. They are the Olympic feline equivalents of gymnasts and athletes and they are a joy to behold.

“I shuddered at the very thought of an amputation. Genghis is a real character, very human, dog-friendly and hyper-intelligent. I wanted to maintain the best quality of life for him.

“I was kept very well informed and once I knew the issues and knew there was a good chance of success, I was quite confident and not too worried.

“Happily, Genghis is back to his old self, back to chasing his sister around the garden, chasing the dog and chasing butterflies and dragonflies.

“He does the rounds of his territory but is keeping out of fights. In short, he is one very happy, healthy cat again!” 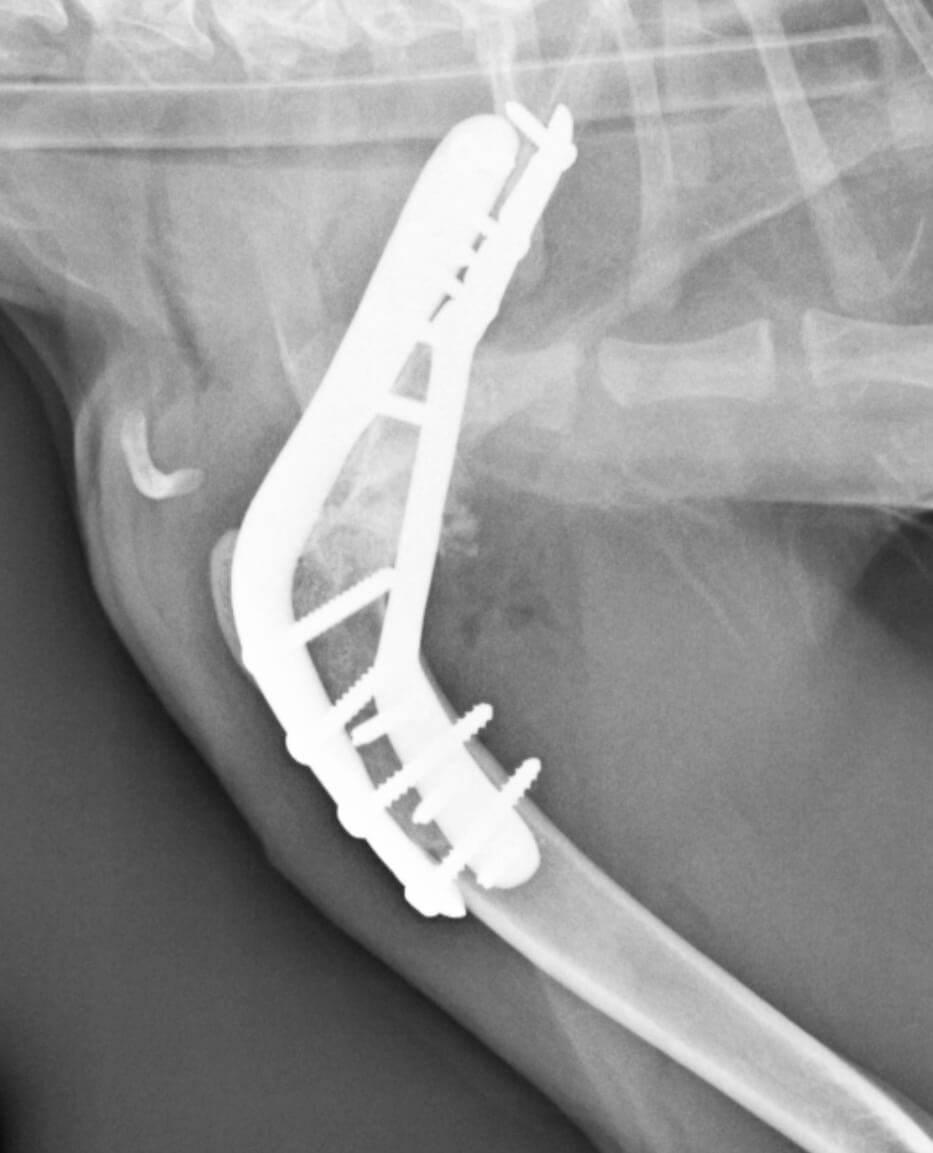 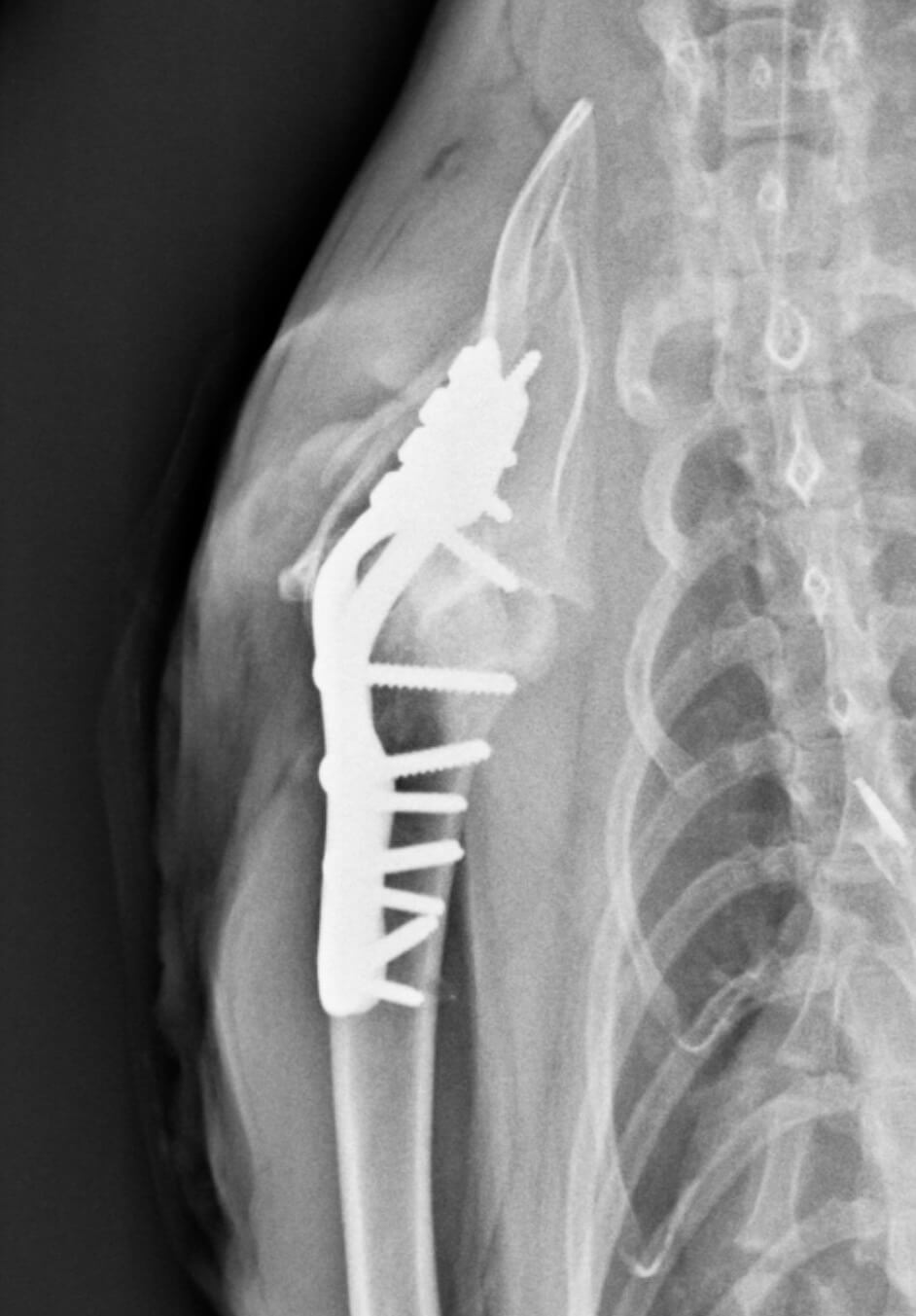 Simon Hayes, medical director at Cave’s parent company Linnaeus, said: “It seems Genghis had one fight too many defending his moggie empire and was left with an extremely serious problem.

“He’d been bitten deep into his shoulder and the joint had gone septic, infected by a nasty bacteria that lives in the mouths of cats.

“The infection had eaten away the joint leaving the shoulder wobbly and badly arthritic. This was a seriously painful condition for Genghis, who could no longer walk on the leg.

“A long course of carefully chosen antibiotics was going to be needed, followed by reconstructive surgery to salvage the joint and save Genghis’ leg.”

Cave discussed the case with experts at Vet3D, a specialist firm which creates accurate 3D models of joints to ensure precise surgery in intricate operations. 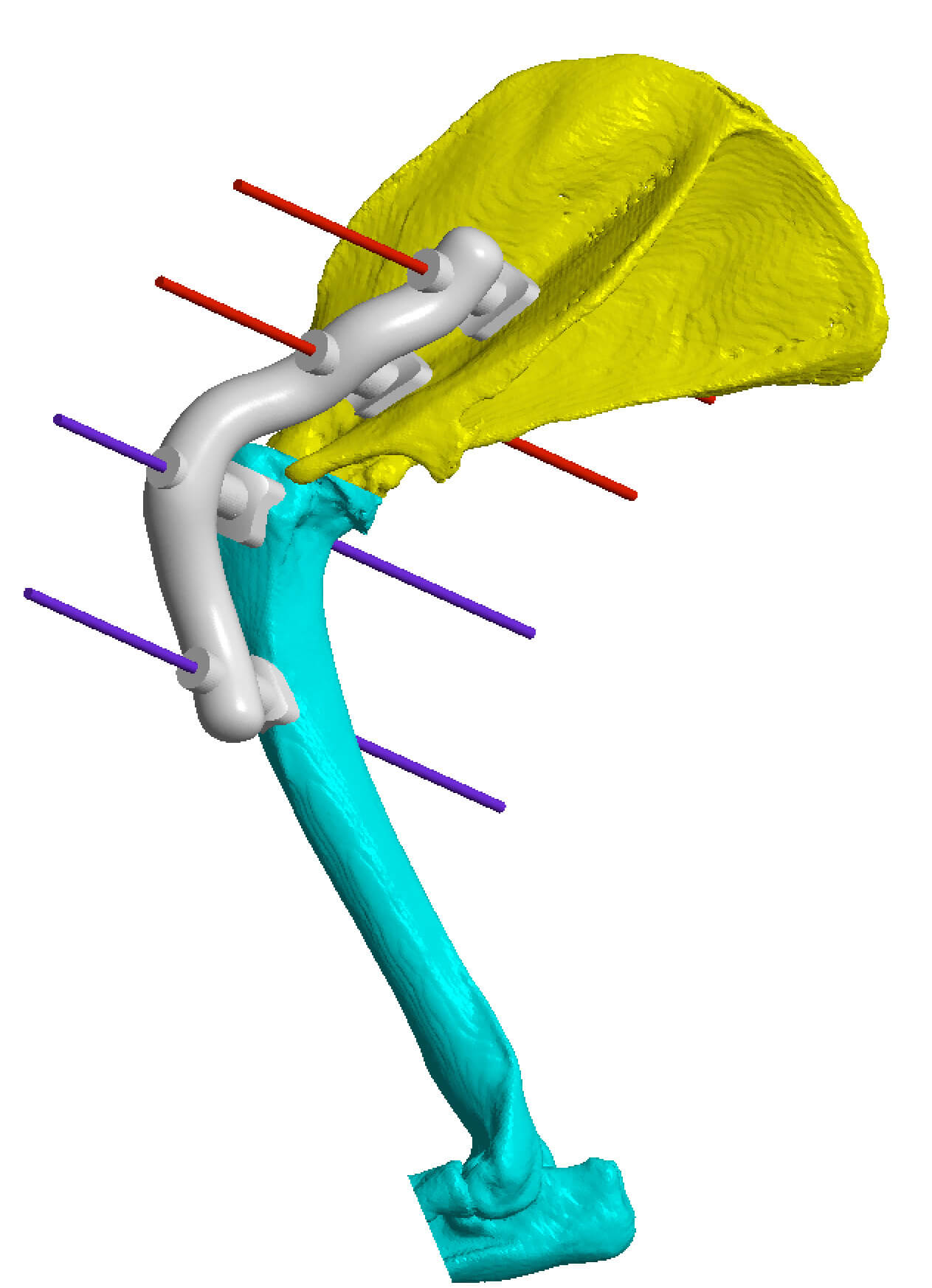 Images of the aiming devices created by Vet3D for Genghis’s operation. 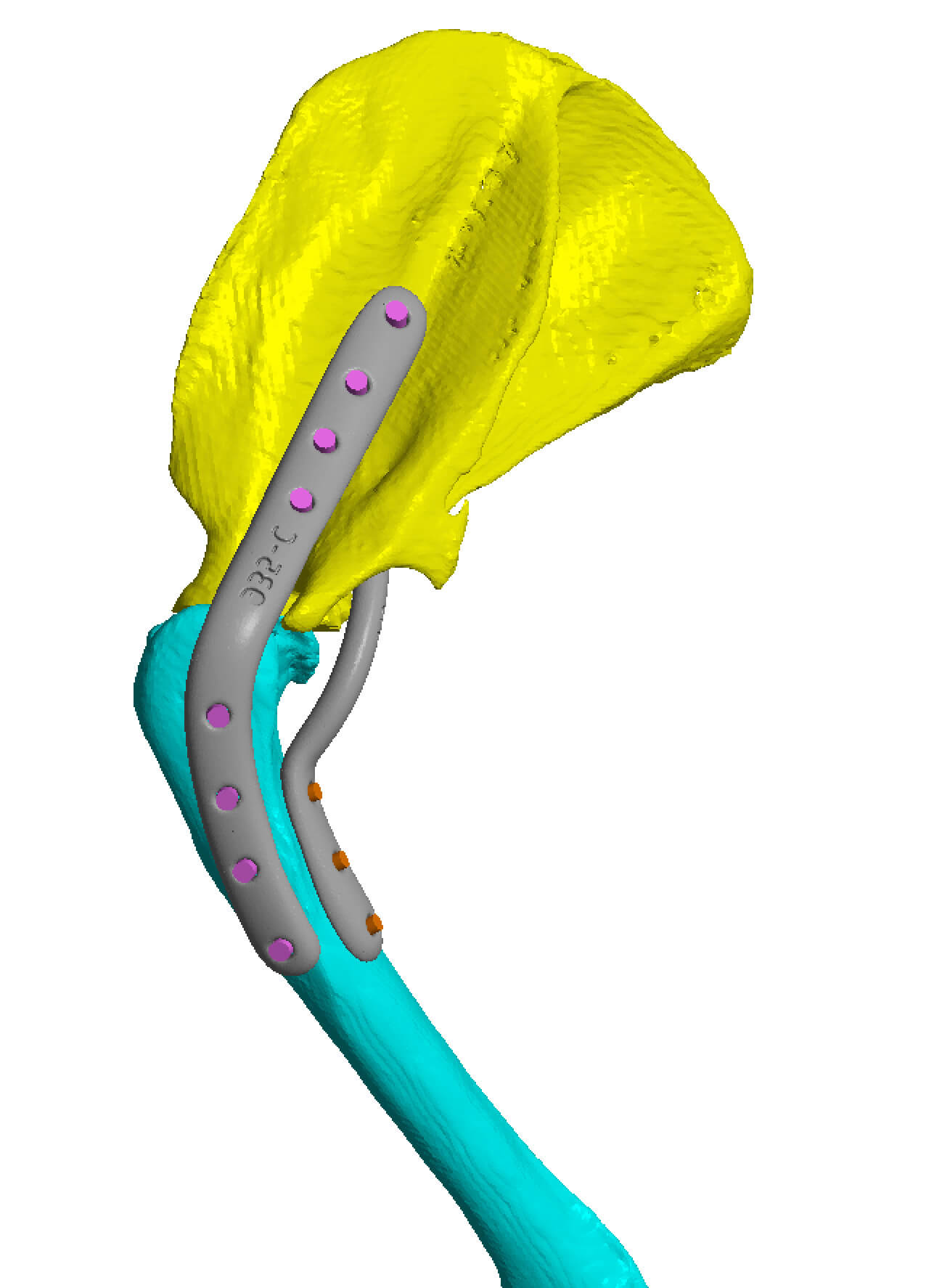 Simon added: “Vet3D created a series of aiming devices which were computer-designed to allow the diseased joint surfaces to be cut away at just the right places and allow placement of a ‘reduction guide’ to hold the bone ends together at the correct angle.

“We then applied two custom-designed titanium plates to hold the bone ends together and fuse the shoulder.

“Eight weeks on and Genghis had made an excellent recovery. His shoulder had healed and everything had fused together very well.”