Tuesday, May 24
Trending
You are at:Home»News»East Devon has highest recycling rate in county – and Exeter the lowest

East Devon has the best recycling rate in the county – and Exeter the worst – according to new figures.

The district has been hailed as boasting ‘one of the most comprehensive waste collection services in England’.

Annual statistics have revealed that 60 per cent of residents’ rubbish has been recycled – but the total has dropped half a per cent.

And while Exeter recorded the highest increase in Devon of 1.7 per cent, its recycling rate of 27.8 per cent is the lowest in the county.

A pilot food-waste collection service is set to begin in one area of the city, but a similar service for glass was recently put on hold. 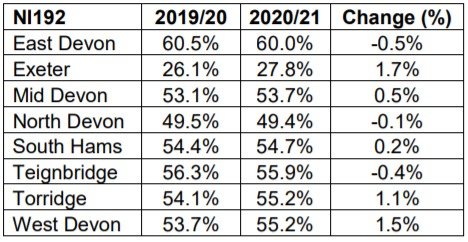 Exeter does, however, produce the lowest amount of household waste per head in Devon with a total of 296kg.

East Devon has the third-smallest figure at 330kg. 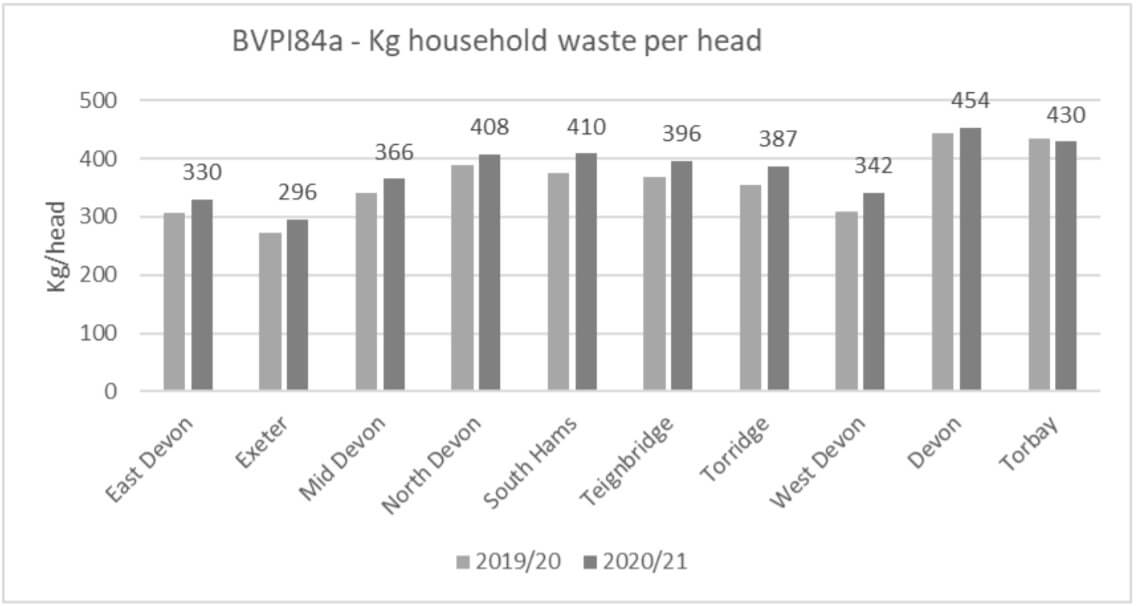 Councillors were told how waste has increased in every area of the county with the exception of Torbay.

This has been put down to ‘changing waste behaviours, shopping habits and working from home’.

Lockdown, social distancing and the closure of and less capacity at recycling centres and resale shops has been blamed for the reduction.