Tuesday, May 24
Trending
You are at:Home»News»Exeter»Exeter: Consultation over bid to make Queen Street one-way system permanent

Members of the public are being asked for their views over a bid to turn a temporary one-way layout in Queen Street, Exeter, into a permanent fixture.

A consultation is under way over the scheme – initially introduced to boost social distancing along the busy city centre road – and runs until October 13.

Queen Street became one-way eastbound between Paul Street and Northernhay Street in February – with a single lane for traffic and wider footways for pedestrians.

Two-way access for buses, taxis and bicycles has been kept.

The Iron Bridge has also became one-way westbound from Paul Street to south of Dinham Road in a bid to mitigate the impact.

Devon County Council (DCC) says traffic volumes have reduced by 25 per cent on Queen Street and 35 per cent on the Iron Bridge since the changes were introduced.

It added that the number of people cycling in both locations has increased and pollution levels outside the Royal Albert Memorial Museum have fallen. 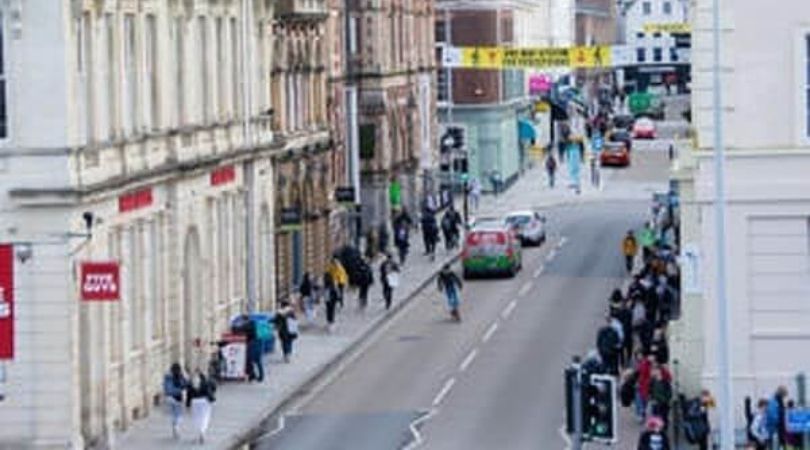 “The additional benefits of reduced traffic volumes and increased cycling levels on Queen Street and Iron Bridge are other welcome achievements of the scheme.”

Alphington and Cowick representative Cllr Yvonne Atkinson, who chairs the Exeter Highways and Traffic Orders Committee, added: “These measures were introduced for social distancing public health reasons during the pandemic.

“However, councils like Devon are also looking at how we can enable more sustainable local journeys to help prevent global warming and air pollution. Transport is the biggest source of carbon emissions.

“The purpose of this scheme is to support improvements in cycling and walking and to make it safer on Exeter’s roads.

“We are supported in this by government funding and proposed changes to the highway code. The consultation will help us get the best scheme to achieve these aims.” 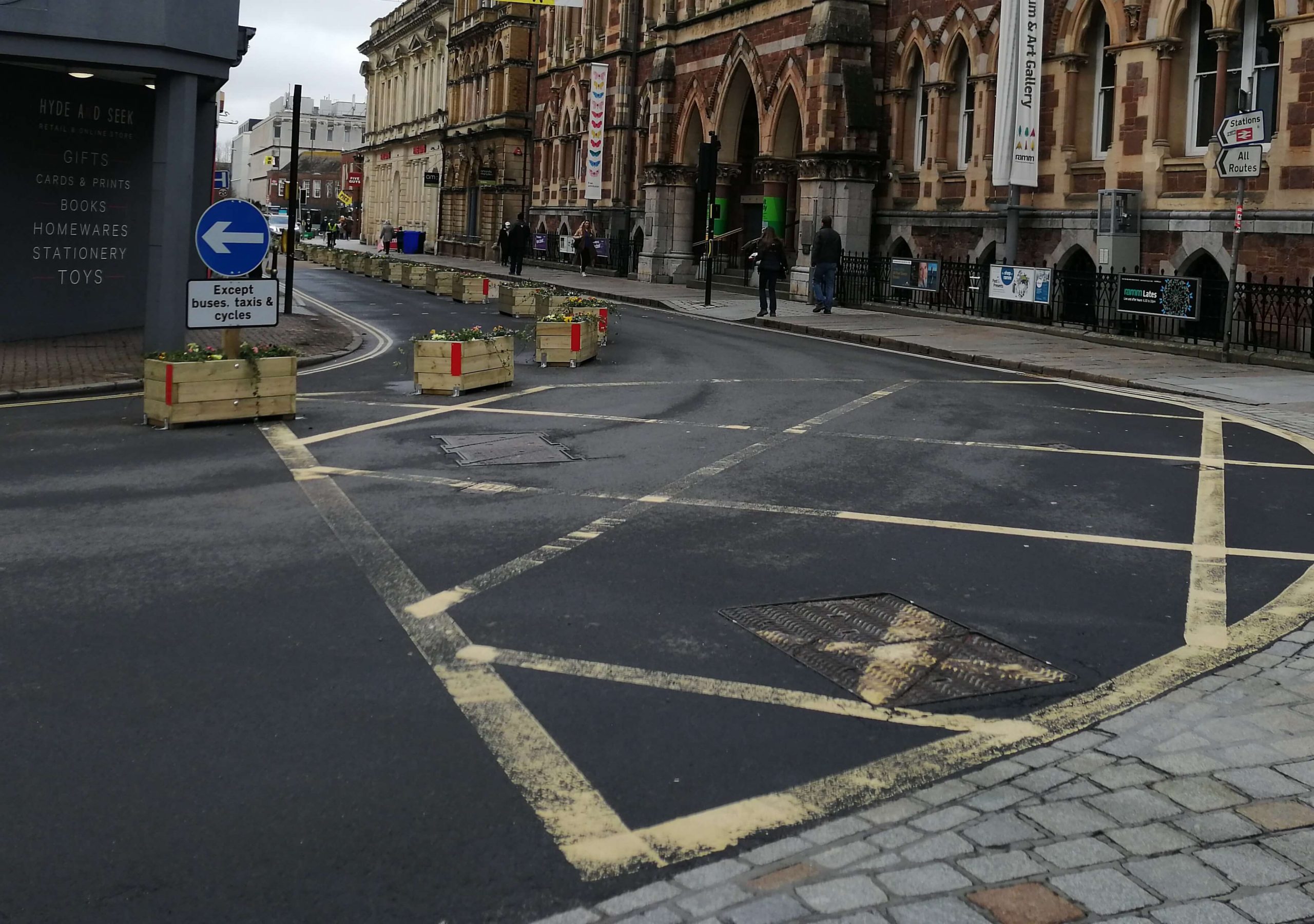 “Nevertheless, the impact of the change on some residents in the St David’s Hill area has been considerable.

“It is therefore right and proper that Devon County Council consults all local residents and road users before moving forward on making the current arrangement permanent.”

Exeter College principal and chief executive John Laramy said of the scheme: “I think the pilot that’s been happening has worked brilliantly.

A college spokesperson added: “It is vital that we provide pedestrians and cyclists with better facilities and infrastructure to enable us to meet the long-term goals for the city.

“Extending the scheme will provide some much-needed space to everyone who uses Queen Street every day as part of their commute, whether that is on foot, or on a bicycle.

“As a city, we ask residents to cycle or walk to school or work and at Exeter College we actively encourage staff and students to walk or cycle to college where possible.

“We believe the suggested change to layout will support the vision for our city to be a carbon neutral city by 2030 and to be the most active city in the UK.”