Firefighters from Clyst St George marked the 20th anniversary of the September 11 terrorist attacks in New York by walking 20 miles in full kit.

Ten crew members donned breathing apparatus, helmets and other gear – weighing 30kg – for the challenge which set off from Exmouth Lifeboat Station.

They have decided to mark the two-decade date milestone of 9/11, in which 343 firefighters lost their lives, with a series of charity challenges to remember the dead.

We were all wearing our fire kit – breathing apparatus, helmet and all – which meant that together we weighed 30kg…

Their antics will also include cycling 343 miles and climbing a ladder 20 times – all in aid of The Fire Fighters Charity.

They kick-started the efforts with a 20-mile walk in full firefighting kit on the 20th anniversary of the attacks.

It took in Exeter Quay before returning to base at the Clyst St George station.

“When we set off at 7am, it was already surprisingly hot, and the sweat started to pour,” said firefighter Dave Jones. 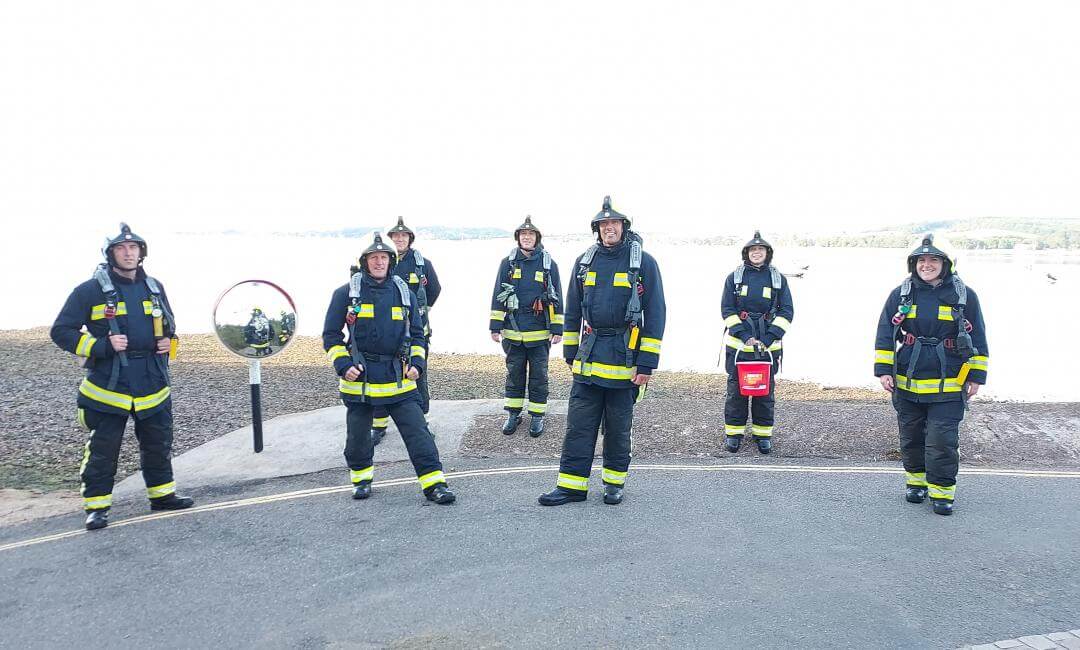 Fundraising firefighters from Clyst St George on their 20-mile walk to mark the 20th anniversary of September 11. Images: Devon and Somerset Fire and Rescue Service 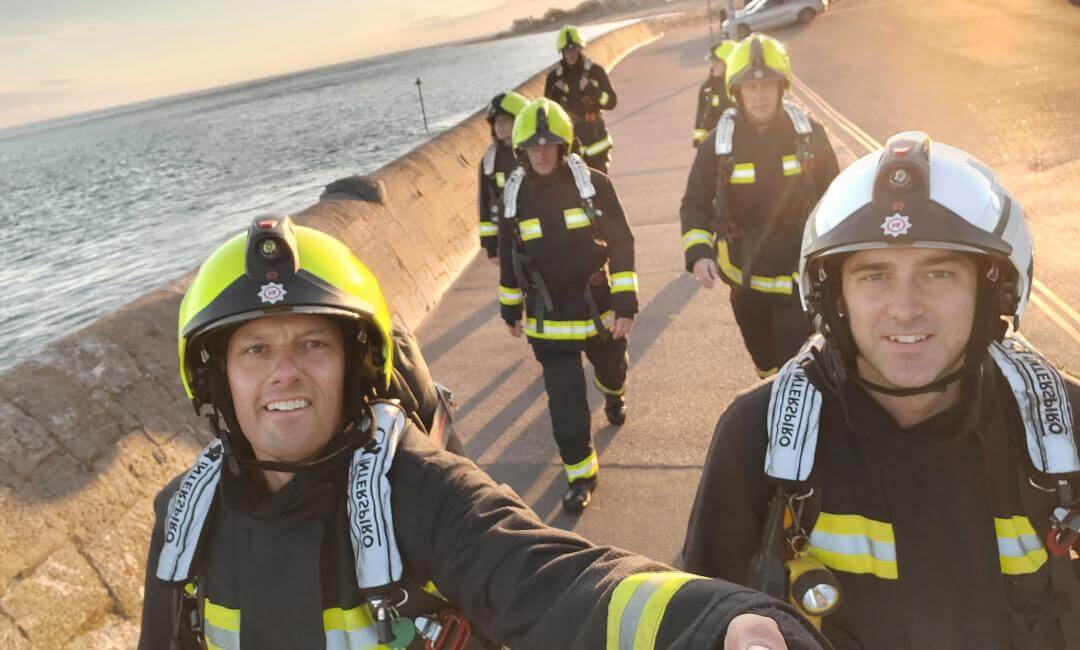 “We were all wearing our fire kit – breathing apparatus, helmet and all – which meant that together we weighed 30kg.”

The crew carried collection buckets to raise money for The Fire Fighters Charity.

And members of the public turned out to cheer them on and donate, as well as providing cupcakes, ice creams and other snacks. 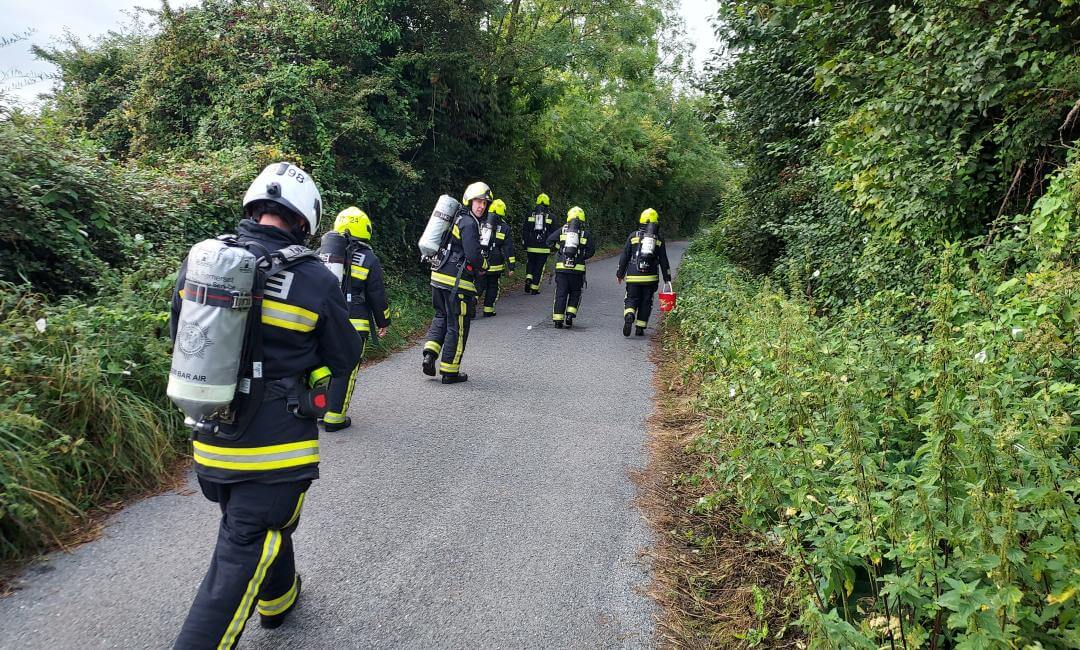 Fundraising firefighters from Clyst St George on their 20-mile walk to mark the 20th anniversary of September 11. Image: Devon and Somerset Fire and Rescue Service 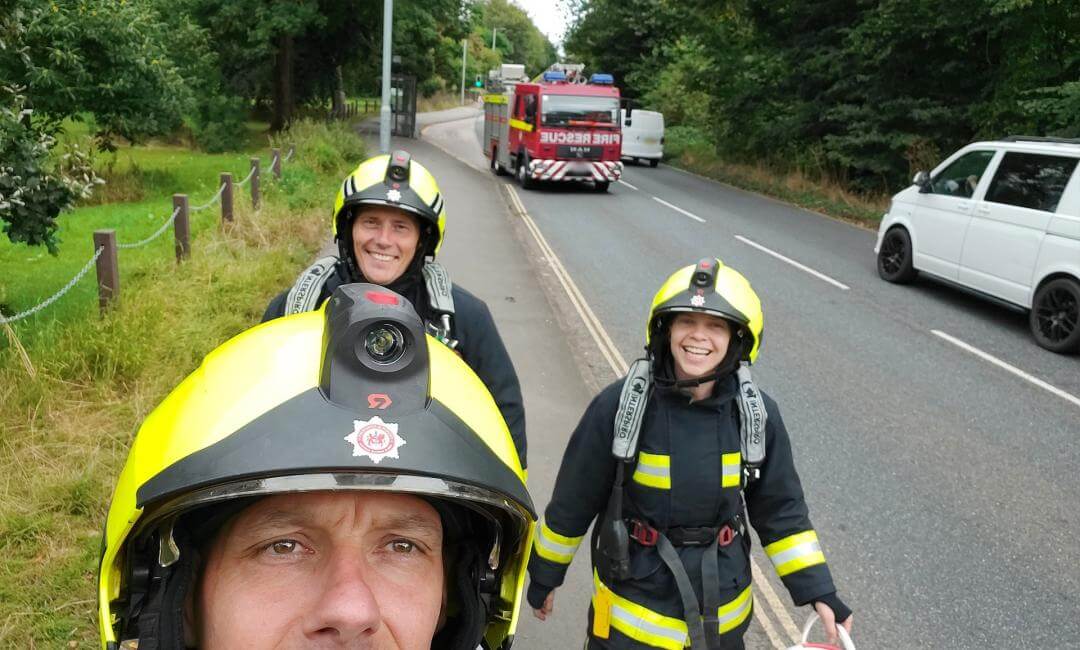 “There was plenty of encouragement, beeping of car horns and people stopping to drop in a donation,” added Dave.

“This was great, especially near the end, as our feet were throbbing in our fire boots!

“And between us, we all managed to get several blisters. “Who knew fire boots weren’t good for walking 20 miles in?”

Donations can be made via the firefighters’ JustGiving fundraising page.