Friday, May 27
Trending
You are at:Home»News»Exeter»Car on fire in a park in Exeter is completely destroyed by the blaze

Firefighters were called to a park in Exeter on Wednesday evening (September 8) after reports of a car blaze.

Crews from Danes Castle Fire Station wore breathing apparatus to tackle the blaze at Hamlin Lane playing fields, in the Heavitree area of the city.

The blaze, which was thought to be accidental, completely destroyed the car.

The crews were called to the park at around 8pm.

A Devon and Somerset Fire and Rescue Service spokesperson said: “On arrival, the Incident Commander confirmed that one car was well alight and got crews to work to extinguish the fire using breathing apparatus and a hose reel jet.

“The fire, which completely destroyed the car, was thought to have started accidentally.” 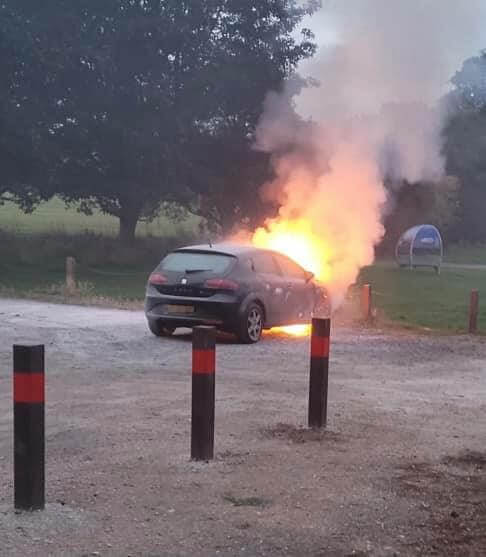 Enter charity champion’s raffle to win a signed Exeter City football and raise funds for the Devon Freewheelers, based in Honiton