Saturday, September 25
Trending
You are at:Home»News»PHOTOS: East Devon rescuers in four-hour search for dog missing over cliff on coast path

Beer Coastguard and East Devon firefighters spent several hours searching for a dog and rescuing its owner after the pet went off the cliff on the coast path in Dorset on Tuesday lunchtime (September 7).

Coastguard teams from Beer and Lyme Regis, and the fire service were called to Thorncombe Beacon, between Bridport and Charmouth, in a bid to locate the lost animal and rescue its owner, who was trapped in mud at the base of the cliff.

After a search lasting four-and-a-half hours, the uninjured dog was found by firefighters, and reunited with its owner who had freed himself from the mud.

The Coastguard has urged owners to keep their dogs on leads when walking on the coast path and warned of the ‘danger’ of trying to self-rescue pets.

Coastguard teams walked for several miles to reach the dog’s owner, who was stuck in mud at the base of the cliff after he tried to climb up from the beach below. 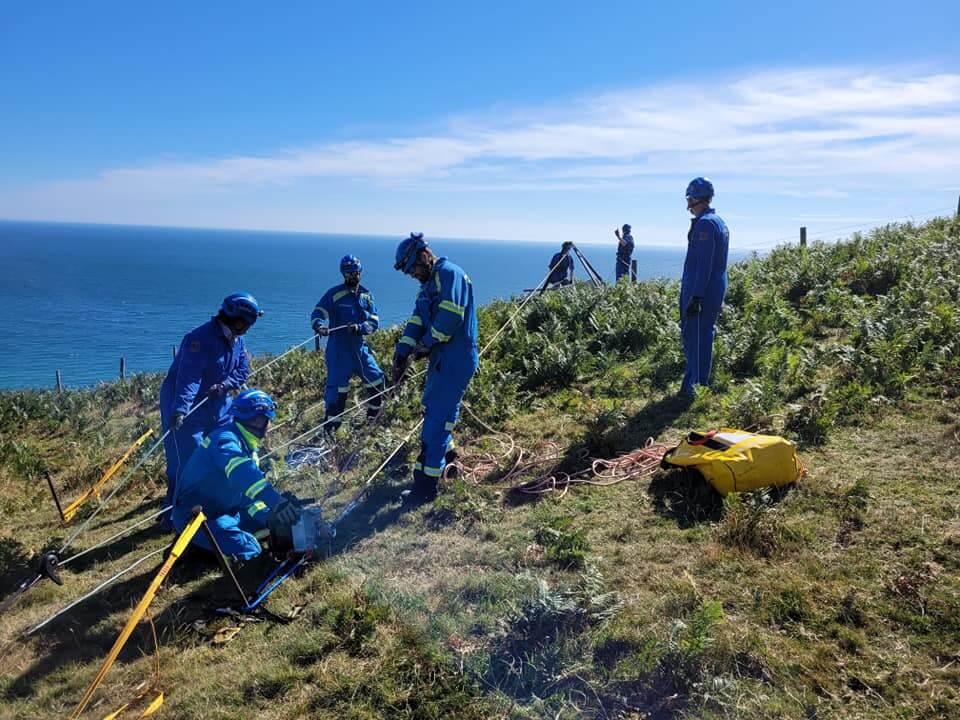 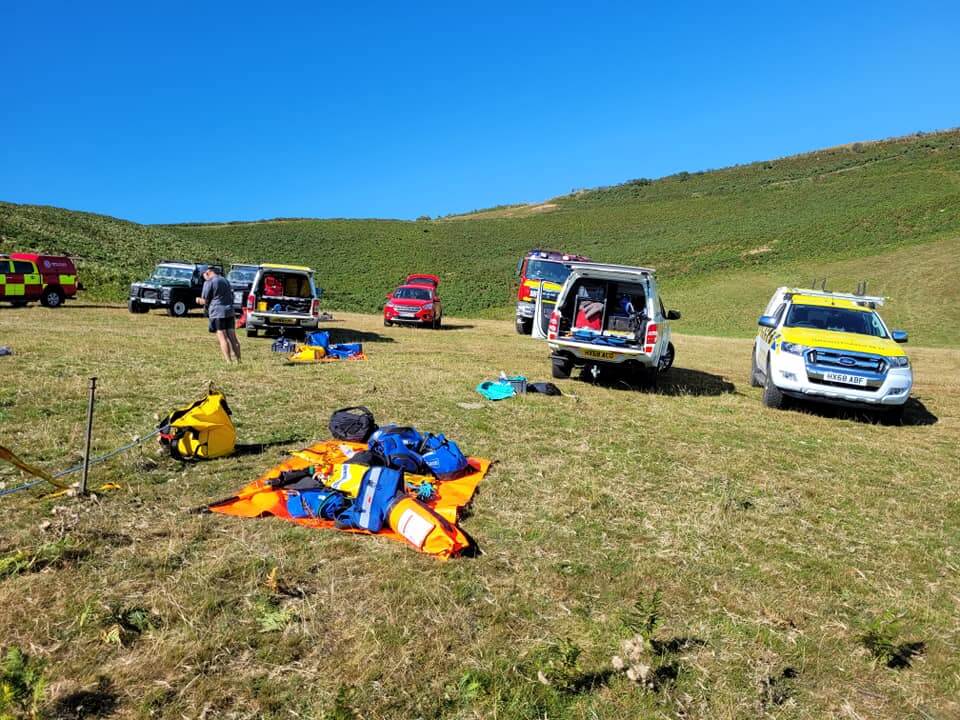 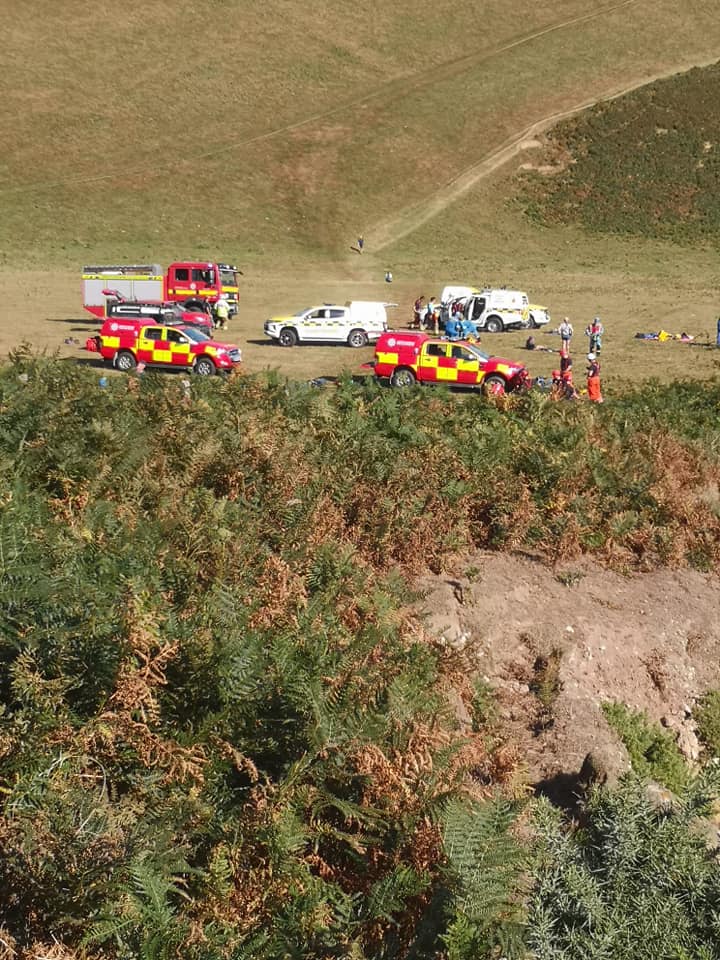 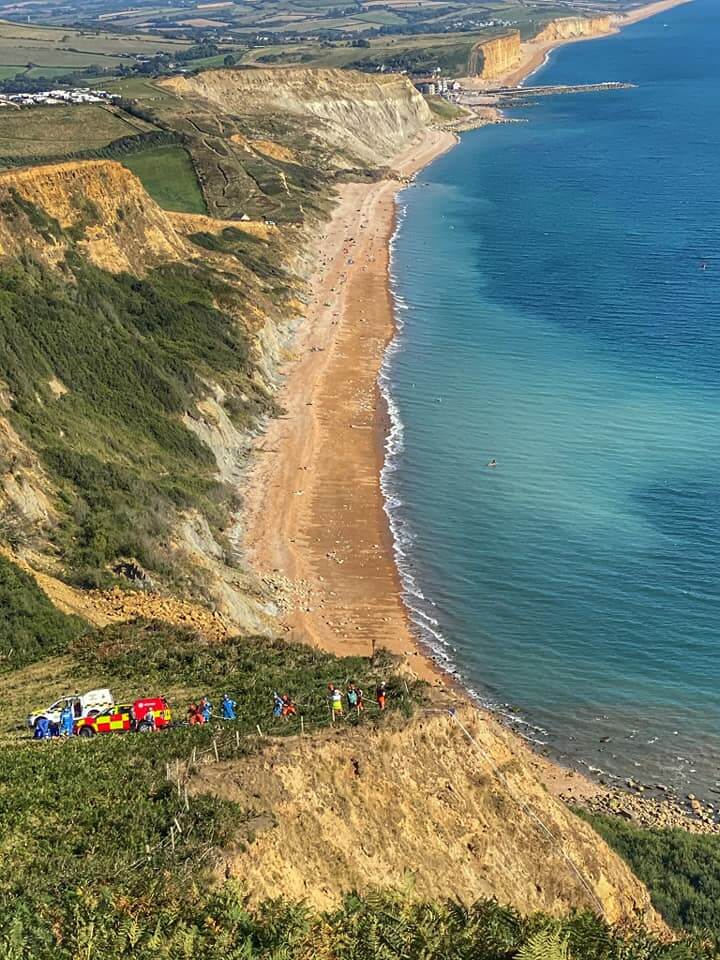 A Beer Coastguard Rescue spokesman said: “The dog’s owner had tried to climb the cliffs from the beach but he became stuck in mud.

“The fire service was called to deal with the owner while the Coastguard concentrated on rescuing the dog.

“The owner got himself out of the mud, so the fire service set up additional rope rescue equipment at the cliff top.

“Both the Coastguard and fire service put technicians over the cliff in two different positions, we could not find the dog so both teams recovered their techs and repositioned further along the edge for a second attempt.

“Thankfully the dog was found by the fire team uninjured and was brought up and reunited with the owners.”

Beer Coastguard joined forces with rescue teams from East Devon and Dorset, after the dog was reported to have gone over the cliff just east of Thorncombe Beacon.

Coastguards found the owner stuck in mud at the base of the cliff after he tried to climb up and rescue his pet.

Coastguard and fire service rope teams made ‘several descents’ off the cliff to try and find the dog. 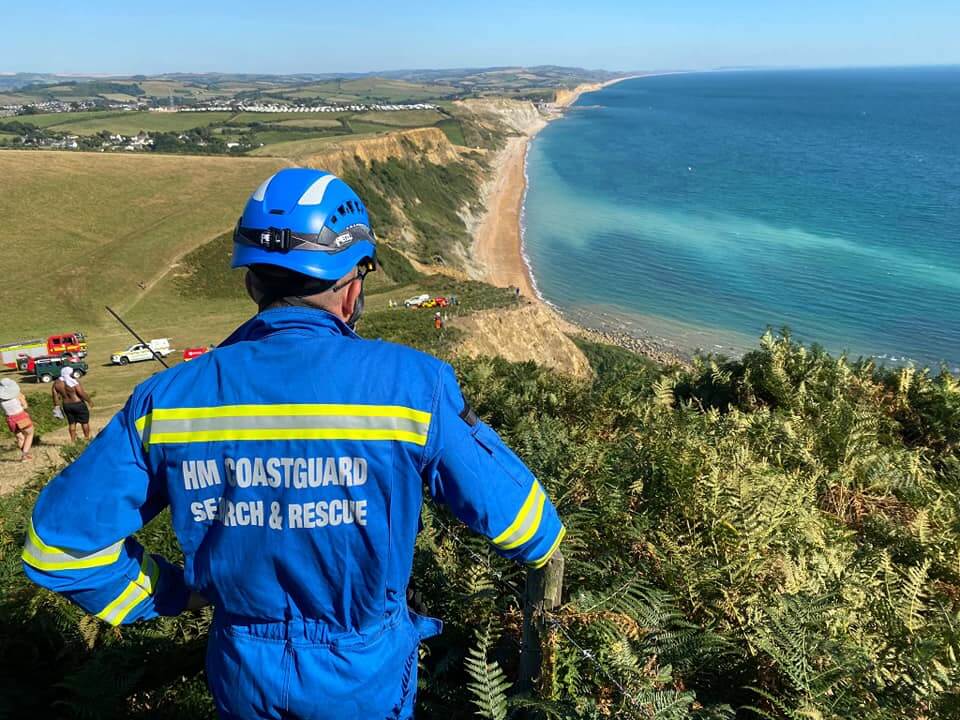 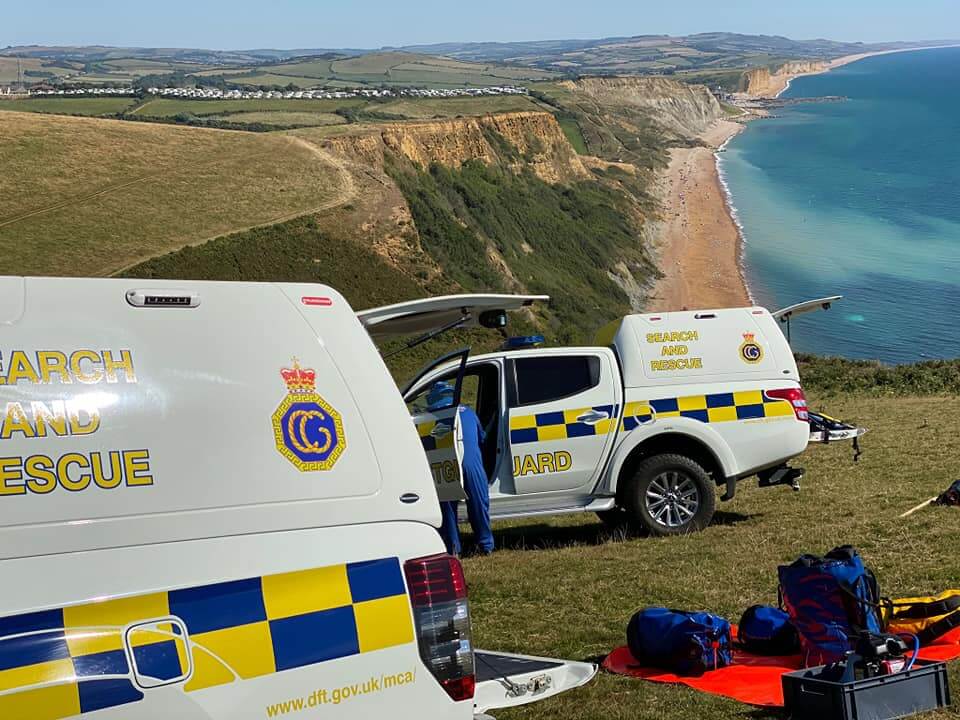 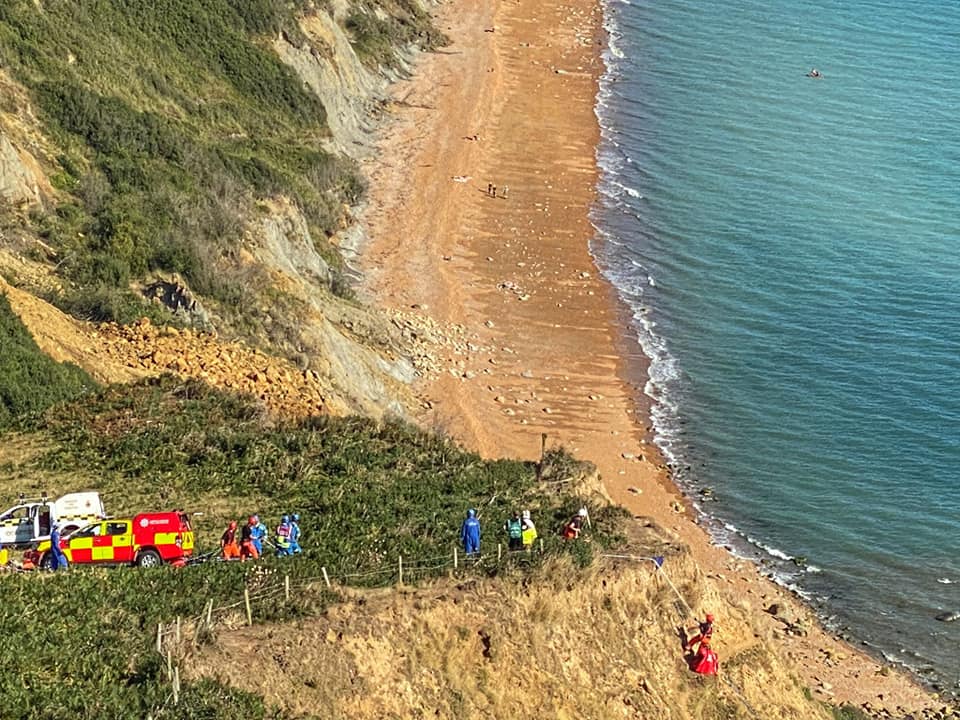 A Lyme Regis Coastguard spokesperson said: “On arrival at the top of the cliff, reports were received that the owner was now stuck in mud at the base of the cliff.

“A full mud rescue of the dog owner was also now required with access to the base of the cliff requiring a round trip of at least four kilometres.

“Additional resources were requested from Beer Coastguard and fire crews from Lyme Regis, Bridport and Colyton and special rescue teams from Weymouth and Poole were dispatched.

“Lyme Regis lifeboat was also tasked to provide help with communication, conduct a shoreline search, and help move equipment and personnel by sea to the location.

“As assets were relocated to the cliff base, the owner managed to free himself from the mud.

“Both Coastguard and fire rope rescue teams then carried out several descents off the cliff face to try and locate the dog.

“After four-and-half-hours the dog was found and recovered to the cliff top. The dog was then reunited with the owners.”

The spokesperson added: “Please keep your dog on a lead when walking on the coast path. Please do not be tempted to try and rescue the pet yourself, it puts you and others in danger. Call 999 and ask for the Coastguard.”