Saturday, September 25
Trending
You are at:Home»News»Exeter»Enter charity champion’s raffle to win a signed Exeter City football and raise funds for the Devon Freewheelers, based in Honiton

A charity champion for Honiton-based Devon Freewheelers is continuing to honour her dad’s memory through a raffle to win a signed Exeter City football.

Kelly Lawson, aged 43, from Exeter, recently completed a trio of gruelling challenges for the Honiton-based Devon Freewheelers as a tribute to her dad David Meyer, from Chelston, in Torquay, who died from coronavirus in March 2020, aged 62.

Mum-of-three Kelly, of St Leonard’s, Exeter, will announce the winner of the raffle on September 29, to coincide with the 18-month anniversary of her dad’s death.

She said the prize would make an ideal gift for a football fan, or youngster who supported Exeter City FC.

Kelly said: “The signed Exeter City football was kindly donated to me. It’s all this season’s team. All the new players have signed it so it’s probably the first like it.

She added: “If people would like to win the ball for themselves, or for someone else, all they have to do is donate £3 each entry to my JustGiving page.” 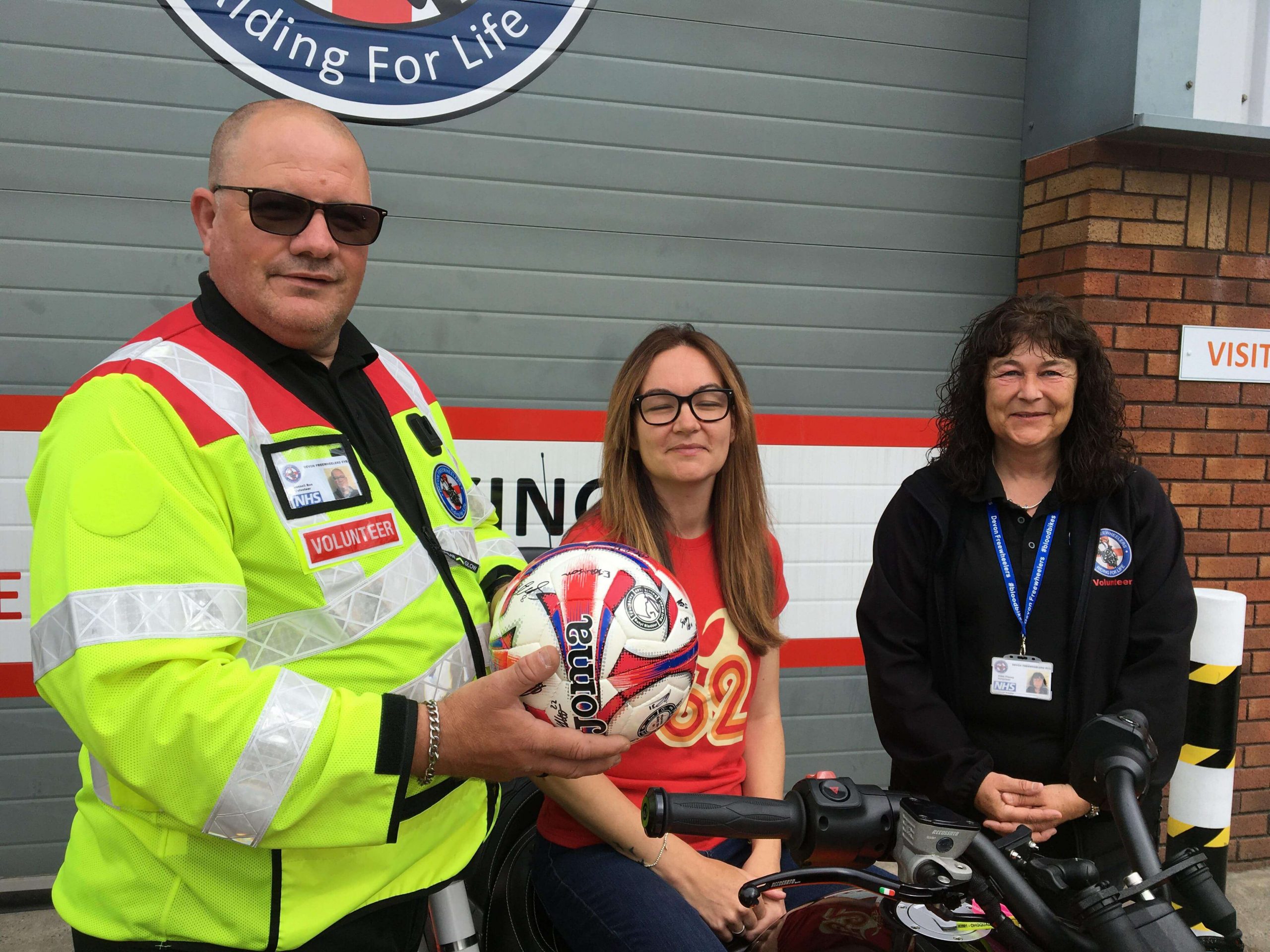 Kelly, whose 2021 Challenge 62 task was to run then cycle 62 miles, and swim the same number of lengths, has set her sights on a 2022 coast-to-coast challenge in aid of the Devon Freewheelers, setting off from Westward Ho! cycling to Crediton, then running on from there to Dawlish Warren.

She said: “I am going to do it all in one day. That’s the plan at the moment. I am looking forward to it.”

Russell Roe, Devon Freewheelers Deputy CEO, said: “Kelly has gone above and beyond, fundraising for the Devon Freewheelers. We are all in awe of her gruelling Challenge 62 efforts, cycling, swimming and running in memory of her dad.

“Now she has generously organised a raffle with a fantastic prize of an Exeter City football, signed by the new team, all in aid of the Devon Freewheelers. We hope lots of people will take part and enter to win it.”

Mr Roe added: “I am full of admiration for the time and energy Kelly has given to Devon Freewheelers over the past year, and the funds she has raised for the charity to keep the Blood Bikes service on the road.

“It is thanks to loyal supporters like Kelly that the Devon Freewheelers can continue to offer its free service to the community, supporting the NHS.

To enter the raffle to win the signed Exeter City football, go to Kelly’s JustGiving page, donate £3 and leave your name or a comment on her corresponding Facebook post.

Married Kelly, an accountant, earlier this year celebrated her 62-year-old ‘petrol-head’ dad’s life with her Challenge 62 – swimming, running and cycling to raise more than £1,300 for the Devon Freewheelers charity.

At the start of August, Kelly ran the London Landmarks Half Marathon, in aid of Tommy’s Charity – an ‘emotional’ event which included a memory mile, to remember victims of the pandemic.

“I was meant to have run the race last year, funnily enough on the 29th March, which ended up being the same day we lost Dad, so this race meant a lot to me,” said Kelly.

“They had different points around the race that was to do with the pandemic, so they had clap for carers. They had a memory mile between mile six and seven, which was full of flags with yellow hearts on. We ran past St Paul’s Cathedral and the bells were ringing. Everyone was silent and it was just so emotional. I am glad I did it.

“I also went to see the Covid memorial wall along the South Bank, opposite the Houses of Parliament.  Dad’s initials are on there already and after the race I went back and put dad’s full name up there, so it was quite an emotional weekend.”

Kelly’s JustGiving page to enter the raffle can be found here. See her Facebook page to leave your name, here.