Friday, May 27
Trending
You are at:Home»News»‘Everything is chaos’ – Nowzad animal charity, founded in Exmouth, escapes bomb attack as planned flight out of Afghanistan is blocked

The Nowzad animal charity, founded in Exmouth, has escaped a Kabul airport bomb attack after its planned flight out of Afghanistan was blocked.

Ex Royal Marine Pen Farthing, on a mission to evacuate his Nowzad charity animals and staff from Taliban-controlled Afghanistan, has called the situation ‘chaos’.

Earlier today former Royal Marine Pen, who trained at CTC Lympstone, revealed his rescue animals faced dying in the Afghanistan heat because the Taliban blocked a mission to load scores of cats and dogs onboard a privately-funded flight out of Kabul airport.

Minister for the Armed Forces, James Heappey, said Mr Farthing was asking to jump the queue and let his staff evacuate the country ahead of other Afghan nationals.

Mr Farthing, waiting with his team outside the airport when the bombs went off, were shot at by a gunman during the confusion amid the explosions.

He said the team heard gunshots, their car was targeted, and the driver would have been shot in the head had he not turned around.

Mr Farthing called the situation at the airport ‘a mess’.

He said the Nowzad team was ‘fine’, adding: “Everything is chaos here at the moment.”

The charity – set-up to rescue dogs from war-torn Afghanistan by Paul ‘Pen’ Farthing in 2007 when he was living in Exmouth – today released video footage showing Nozwad staff spraying water into scores of travel crates, desperate to keep the animals cool as they waited by the roadside near the airport.

Minister for the Armed Forces, James Heappey, said Mr Farthing’s guarantee of a ‘safe passage’ to flee Afghanistan was a request to jump the queue and let his staff evacuate the country ahead of other Afghan nationals.

The MP said: “It is a grim reality of these situations, that as a British national, that we would seek to expedite his passage into the airport, but he – commendably – has said that’s not what he wants to do. He wants to bring his staff and his animals in with him.

“He’s asking us, the Americans and the Taliban for safe passage but I am afraid as difficult as it is to say, safe passage is also, in other words, being brought to the front of the queue.

“I know how I feel, having to make a decision about whereby we move lots of desperate Afghans out of the way to bring him through because of the profile and the support that he has. That doesn’t feel like the right thing to do. It gives me no pleasure to say that though.”

Mr Farthing, formerly of Exmouth, said the plight of the animals was getting ‘desperate’ after a wait of more than 10 hours in searing heat.

Staff have parked the trucks in the shade, lifted the tarpaulins and sprayed water into the crates holding the animals.

Animals in crates packed in the middle of trucks cannot be reached, Mr Farthing said, and staff have been reluctant to unload the crates for fear of attracting unwanted attention. 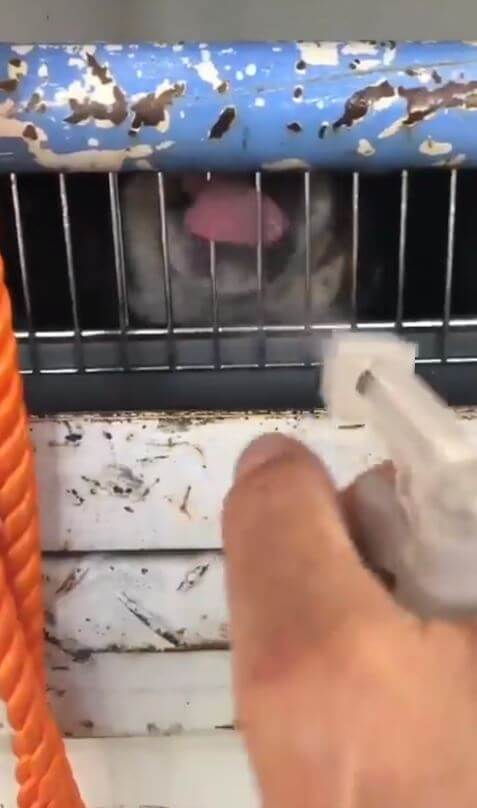 The Nowzad charity has been spraying animals with cold water as staff wait to be allowed to board a privately-funded flight out of Afghanistan. Images: Dr Iain McGill BSc(Hons) BVetMed MRCVS 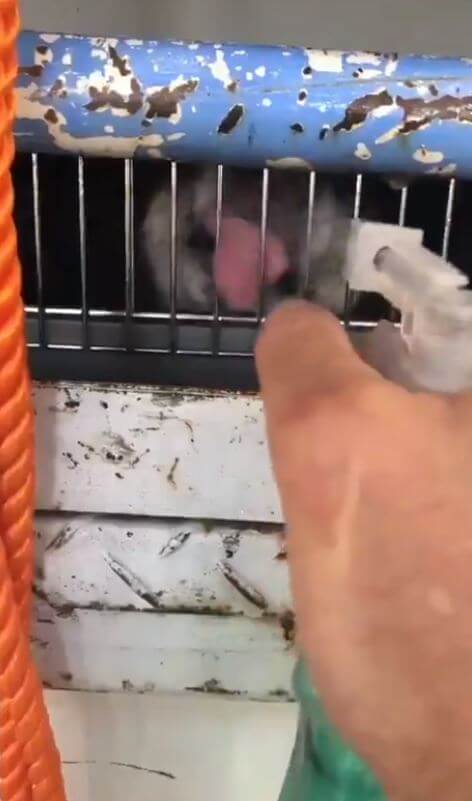 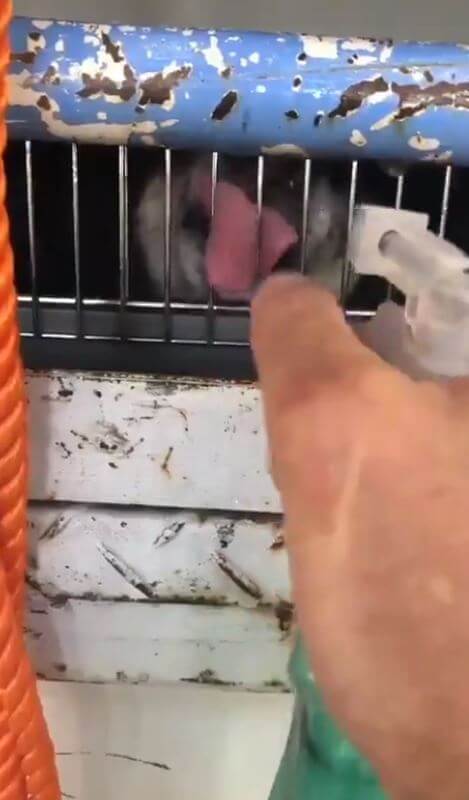 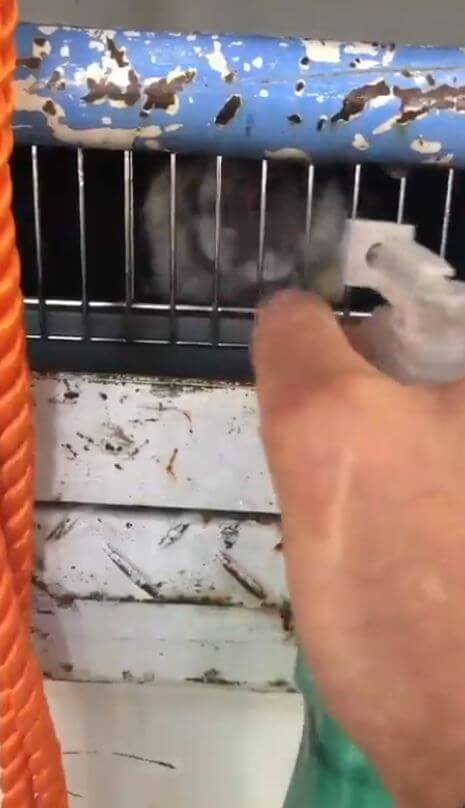 Former Exmouth resident Mr Farthing appealed to the Taliban directly to let his staff and animals through.

He said the convoy had been ‘assured’ of ‘safe passage’ to leave Afghanistan but the British forces were ‘powerless’ to help.

In a Tweet to Taliban spokesman Suhail Shaheen, Mr Farthing said: ‘Dear Sir; my team & my animals are stuck at airport circle. We have a flight waiting. Can you please facilitate safe passage into the airport for our convoy?

‘We are an NGO who will come back to Afghanistan but right now I want to get everyone out safely.’

Dear Sir; my team & my animals are stuck at airport circle. We have a flight waiting. Can you please facilitate safe passage into the airport for our convoy? @suhailshaheen1 We are an NGO who will come back to Afghanistan but right now I want to get everyone out safely. 🙏🏼

When interviewed Mr Heappey said: “He was offered a flight at the back end of last week. I personally would have wanted to see him on it because we have got British troops in danger in order to facilitate the evacuation of British nationals and those under the ARAP scheme (Afghans relocations and assistance policy).

“The Secretary of State, Ben Wallace, and the foreign office have worked very quickly to get his staff cleared in order to be part of the leave outside the rules visa system and therefore they are cleared for travel to the United Kingdom and that is now in place. But the reality is I just don’t think we can move other desperate Afghans out of the way to bring him and his staff to the front of the queue.

“I get it, I served as well. I know that Pen will be applying that soldier’s code of never leaving your battle buddies behind and that’s how he will regard his staff.

“I wouldn’t want to be in his situation. I can see all of the emotion in everything he is saying but we are in a similarly challenging situation.

“We have done everything we can to facilitate his staff coming here. We know that he has an aircraft from a Polish operator that he’s in discussions with, to facilitate getting a landing slot through the combined air operations centre at Al Udeid in Qatar, which is a US military facility.

“But the one thing we cannot do is move all of the other Afghans out of the way to let his Afghans through to the front of the queue. And that, I am afraid, is a hard reality.” 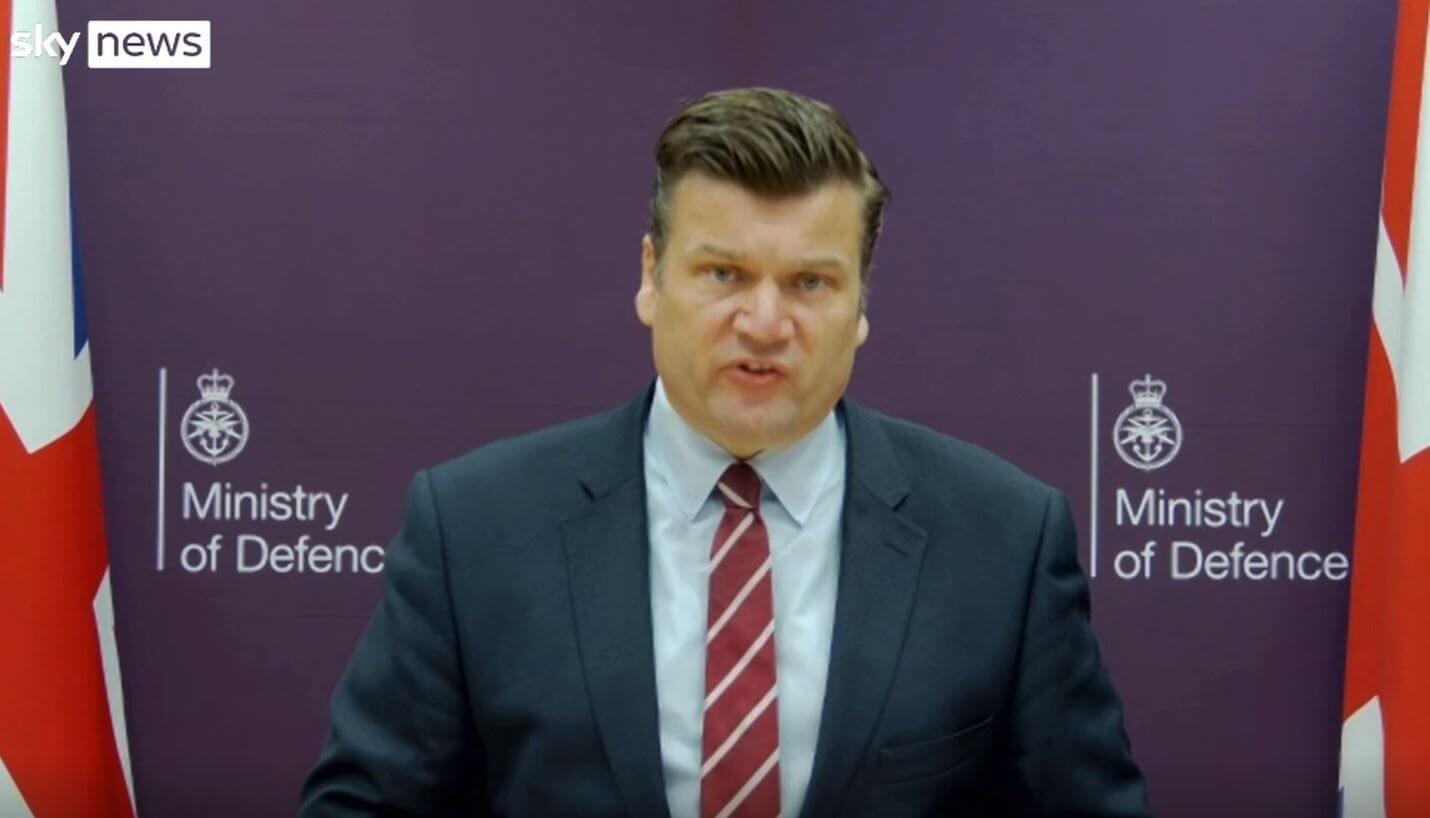 Minister for the Armed Forces, James Heappey, said Mr Farthing was asking to jump the queue and let his staff evacuate the country ahead of other Afghan nationals.
Image: Sky News

When the Taliban moved in next door to the Nowzad animal shelter in Kabul, Pen launched a social media campaign, lobbying UK politicians, to evacuate to safety his 71 Afghan staff working at the centre and vet clinic.

The charity launched Operation Ark to raise £200,000 for a cargo plane to fly out as many of the rescue animals as possible.

Former Exmouth resident Pen has made a series of emotional videos about the unfolding situation in Kabul, often sounding choked when he spoke about the plight of the rescue animals and the Afghan nationals employed at the Nowzad shelter and vet clinic.

He said he three young women workers at Nowzad were ‘absolutely petrified’ of what they faced if they remained in Afghanistan with the Taliban in power.

Pen’s inspiration to set up the Nowzad charity began in 2006 while serving in Afghanistan. He rescued several starving and abandoned dogs – despite this being strictly against orders.

He saved one dog from a dog fighting ring – naming it Nowzad – transporting the animal back to live with him in the UK.

Pen set up the charity, naming it after the dog he rescued, while he was living in Exmouth.