Wednesday, August 10
Trending
You are at:Home»News»Exmouth»Former Exmouth mayor John Humphreys is jailed for 21 years for sex assaults on schoolboys

Former Exmouth mayor John Humphreys has been jailed for 21 years after he was found guilty of sexually abusing two underage boys in offences dating back to the 1990s.

Judge Timothy Rose, sitting at Exeter Crown Court, on Friday (August 20) jailed the former local politician for a string of sex offences against two schoolboys when Humphreys was man in his 30s – saying some of them would be deemed as ‘rape’ by today’s standards.

Humphreys, a former town and district councillor, denied ever having any sexual activity with either of the boys.

He was served consecutive sentences because his abuse of the children was ten years apart, reported by two males who did not know each other.

In passing sentence, the Judge told Humphreys: “It is clear you caused severe psychological harm which has damaged and blighted the life of your victims.”

He added: “You provided positive service to the community in your political career, as mayor of Exmouth. But your pursuit of a respectable life was undertaken while the dark and awful secret of your sexual offending was unknown.”

Judge Rose said the first victim had been no older than 13 years old when he was picked up by Humphreys outside toilets in St Andrew’s Road, Exmouth, and driven on three separate occasions to different locations for sex.

He said Humphreys, who had been ‘entirely responsible’ for the boy’s welfare to ensure he came to no harm, raped his victim orally and anally.

The Judge said: “These were shocking acts of sexual violence. You targeted a particularly vulnerable victim.”

He added: “It must have been obvious to you that he was a vulnerable young boy that had a attended a location that was entirely unsuitable for him.

“You decided not to help him and ensure he came to no harm in that situation.”

The Judge said Humphreys inflicted ‘shocking acts of sexual violence’ on the same victim which culminated in raping the boy in a disused building on Woodbury Common.

Judge Rose said: “You instructed him to never talk about this and you told him that his life wouldn’t be worth living if he told.”

The court heard the second victim had been around the age of 15 and on work experience with Humphreys’s gardening firm when he was sexually assaulted multiple times by the defendant, who orchestrated time alone with the teenager.

In a victim statement read to the court, the male said he self-harmed, drank heavily, had fallen into debt and suffered with depression and pent-up anger as a result of being abused by the defendant.

The victim said: “I sincerely hope that by putting myself through this very difficult position, it will enable others in my position to have a voice.”

Miss Fiona Elder, defending, asked that credit be given to Humphreys for his ‘positive’ service to the community, as a local politician and school governor.

She said he had already been punished by the length of the five-year police investigation and had not planned the opportunistic sex assaults. 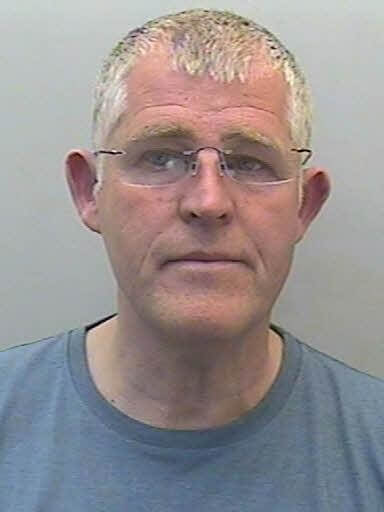 Humphreys, of Hartley Road, Exmouth, stood accused of two counts of indecent assault and three counts of buggery on a boy aged 12 to 13 between 1990 and 1991.

He was also charged with five further counts of indecent assault on a second boy aged 14 to 15 between 1999 and 2002.

Both victims went to police independently of each other as adults more than a decade apart.

Humphreys, pictured, a former town and district councillor, was first questioned by Devon and Cornwall Police in 2005. He was arrested in May 2016.

The first victim’s allegations were then revisited in light of the second male’s separate complaints.

The trial heard that Humphreys met the first boy at public toilets in Exmouth before going on to abuse him at an address in Alexandra Terrace, at his home in the town, and in a shelter on Woodbury Common.

Jurors were also told the second boy was abused by Humphreys in his home while on work experience after meeting the defendant through his gardening business.

Police Sergeant Angela Galasso, who led the investigation, said: “This has been a long and protracted investigation involving historic sexual offences that date back more than 30 years to the early and late 1990s.

“The sentencing today shows that nobody is above the law, regardless of their standing in the community.

“I can only thank the complainants in this case for their tenacity, patience and the trust that they have continued to place in myself and colleagues investigating these matters.

“Both victims have voiced separately that they feared they would never be believed or that their complaints would not be taken seriously.

“I sincerely hope that this guilty verdict will now provide this validation and allow them to feel that they can move on with their lives.”