Devon Freewheelers volunteers were invited to Exmouth to showcase the charity’s work as part of the town’s Organ Donor and Transplant Awareness Day event.

Visitors to The Strand, in Exmouth, spent time learning about the work of the Devon Blood Bikes in the community, meeting the volunteers and having a look at some of the vehicles used by the charity when delivering essential medical supplies to support the NHS.

The event, organised by Exmouth Mayor, Councillor Steve Gazzard, was to raise funds for the British Lung Foundation (BLF), in memory of his daughter, mum-of-three Sarah Wright, who died in November 2012, aged 37, while waiting for a lung transplant.

And when the UK opt-out organ donor law came into effect in 2020, Cllr Gazzard turned his attention to annually raising more than £4,000 to support the British Lung Foundation research into chronic lung condition idiopathic pulmonary fibrosis (IPF), which Sarah battled before she died. 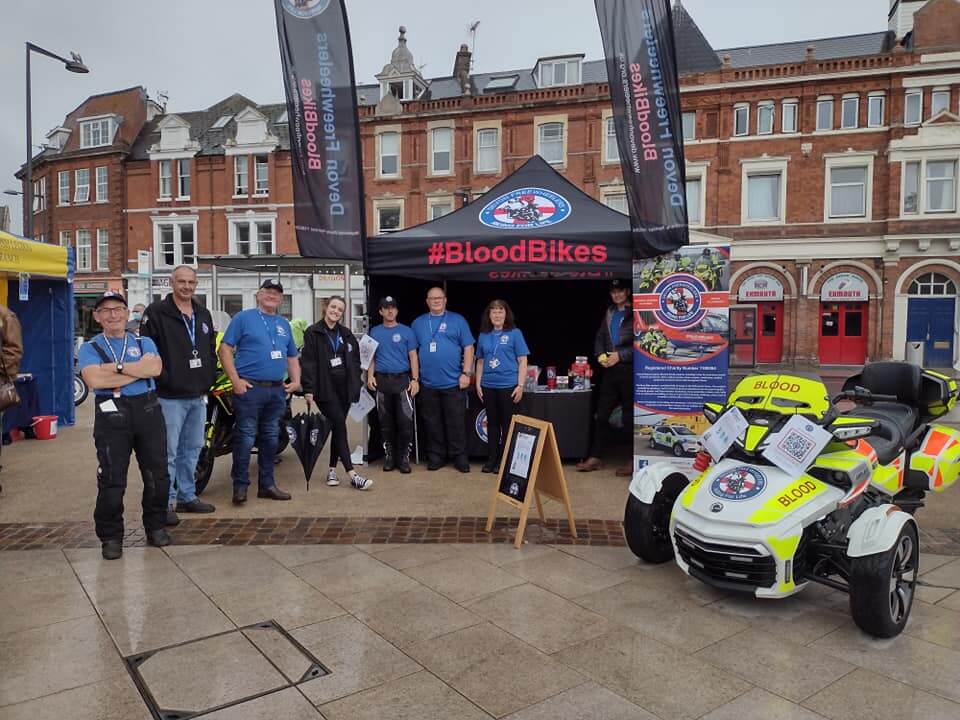 Russell Roe, Devon Freewheelers Deputy CEO, based at the charity’s Honiton headquarters, said: “The charity, and its volunteers, were keen to support the Organ Donor and Transplant Awareness Day in Exmouth in any way we could.

“The event highlighted the all-important subject of organ donation, while also giving local charities, groups and causes a platform to showcase their own work within the community.

“Devon Freewheelers volunteers enjoyed speaking to the steady stream of visitors throughout the day who were keen to find out more about the Devon Blood Bikes and our work throughout the county, supporting the NHS for free.

“We are always so grateful for the public support and interest in the charity.” 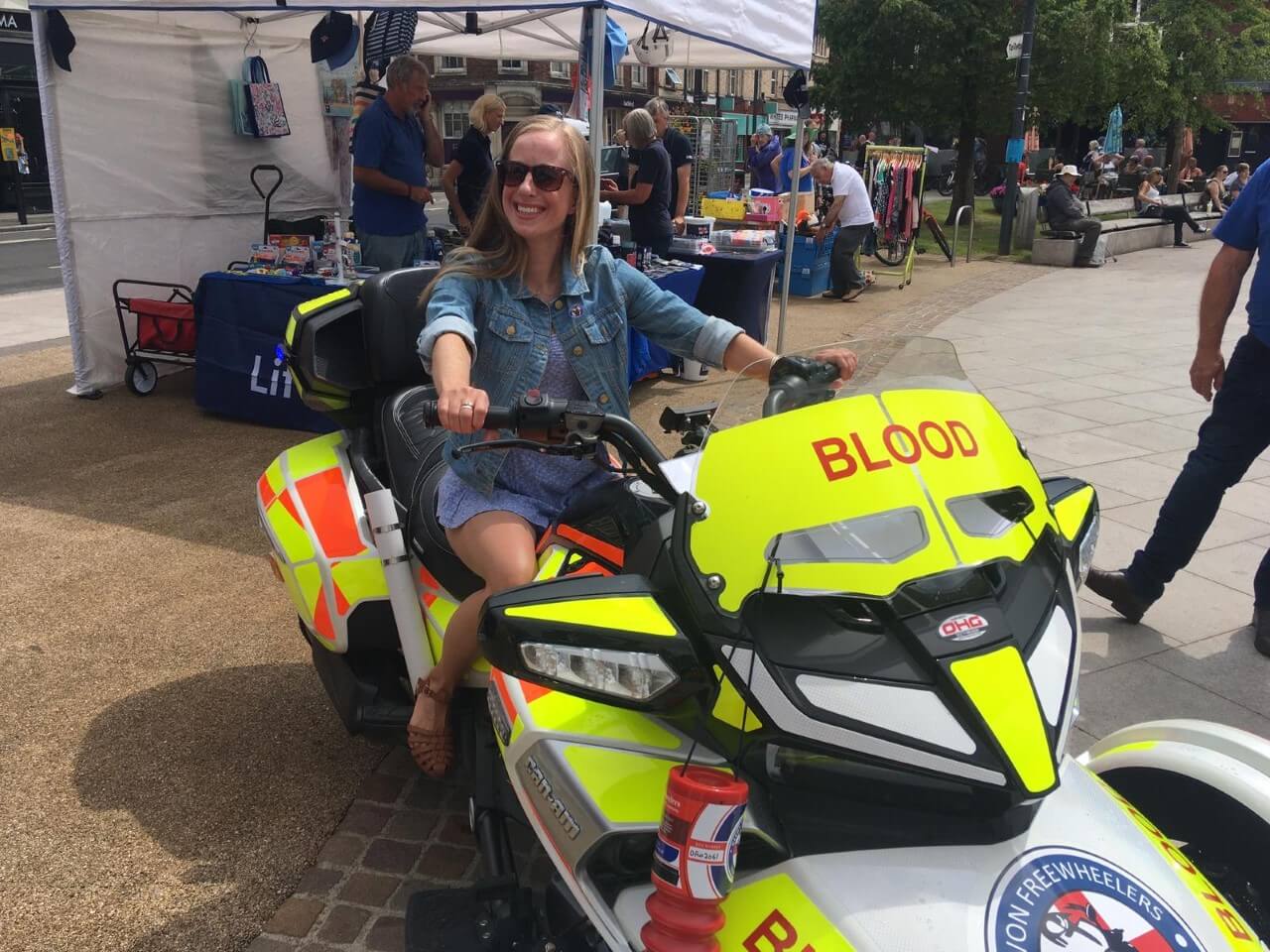 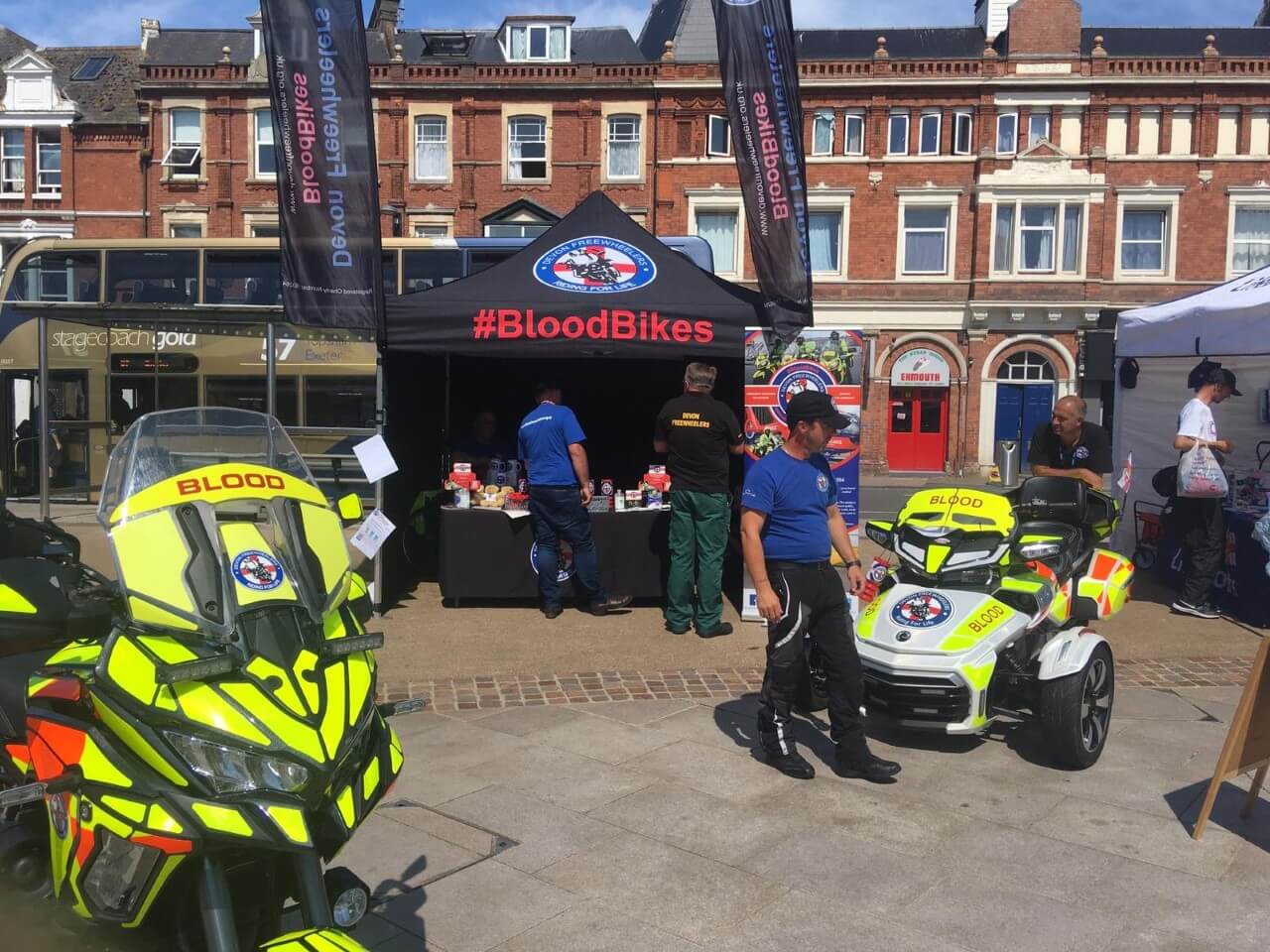 Mr Roe added: “Our thanks go to those who backed Devon Freewheelers with donations on the day.

“We were also pleased to hear from prospective volunteers keen to help the charity in the future.”

The Organ Donor and Transplant Awareness Day, in Exmouth, on Saturday, July 24,  was in support of National Transplant Week, July 7-14.

The national event aims to encourage people and families to talk to their loved-ones about organ donation. 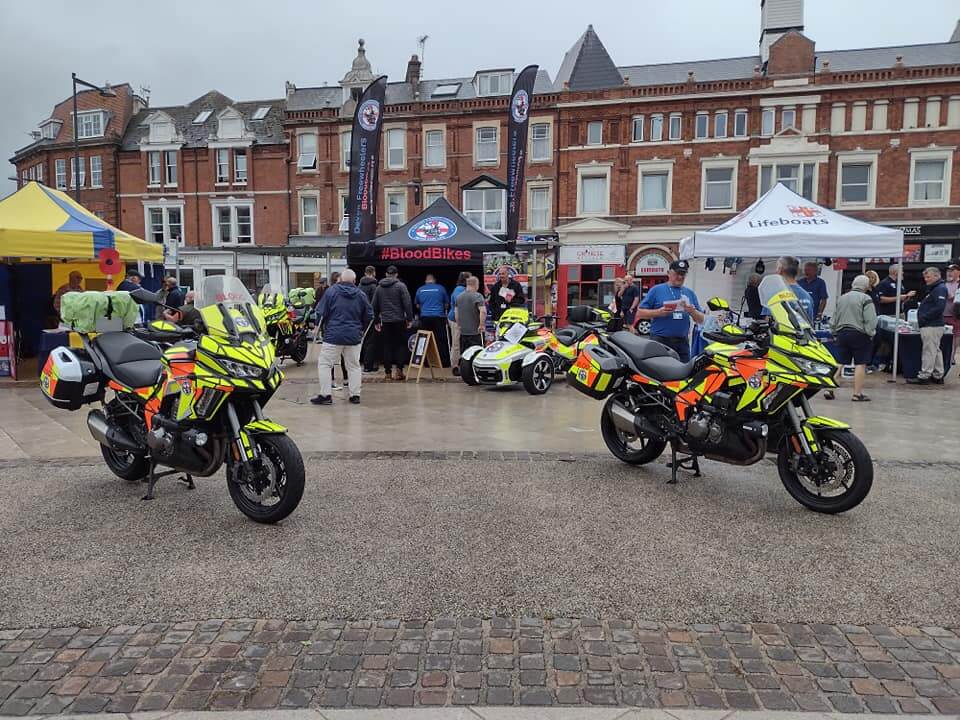 Cllr Gazzard said: “We wanted to raise awareness of the change of policy of organ donation, which came in in May of last year, and also to raise money for Sarah’s research programme that we set up in her name, that’s being run by the British Lung Foundation at Brompton Hospital.

“Over the years have raised £25,000 for the research programme.”

“Last year we couldn’t do anything so this was the first event on The Strand in eighteen months for many people.

“We raised £870 and there’s still some more money coming in. It exceeded my wildest expectations.

“We wanted it to be a fun day with a serious message. I think we got that across.”

He thanked all who helped make the event a success, donated prizes, and gave their support on the day.