‘Grandfather’ of Exmouth RNLI lifeboat station Don Hodgkinson took his final journey along the seafront as the town turned out to line the route and wish him ‘fair winds and following seas’.

Don, who died on June 12 after a short illness, had been involved with the town’s RNLI for 24 years, starting  in June 1998.

Crew, volunteers and friends were among those who lined the seafront as Don’s funeral cortege set off from the Queen’s Drive lifeboat station. 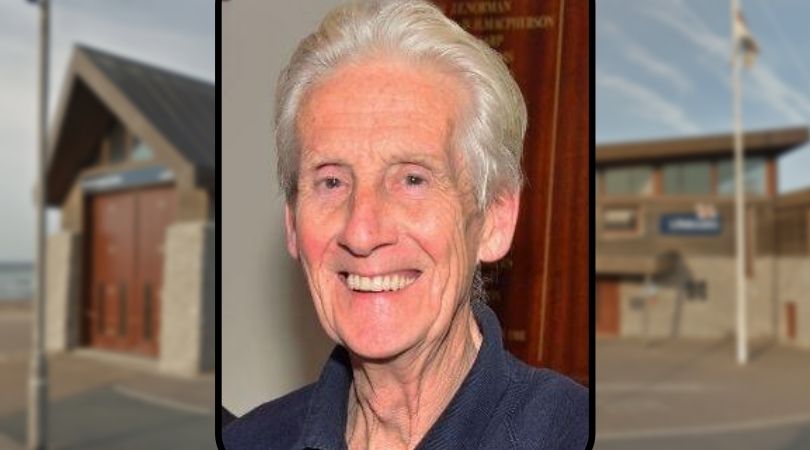 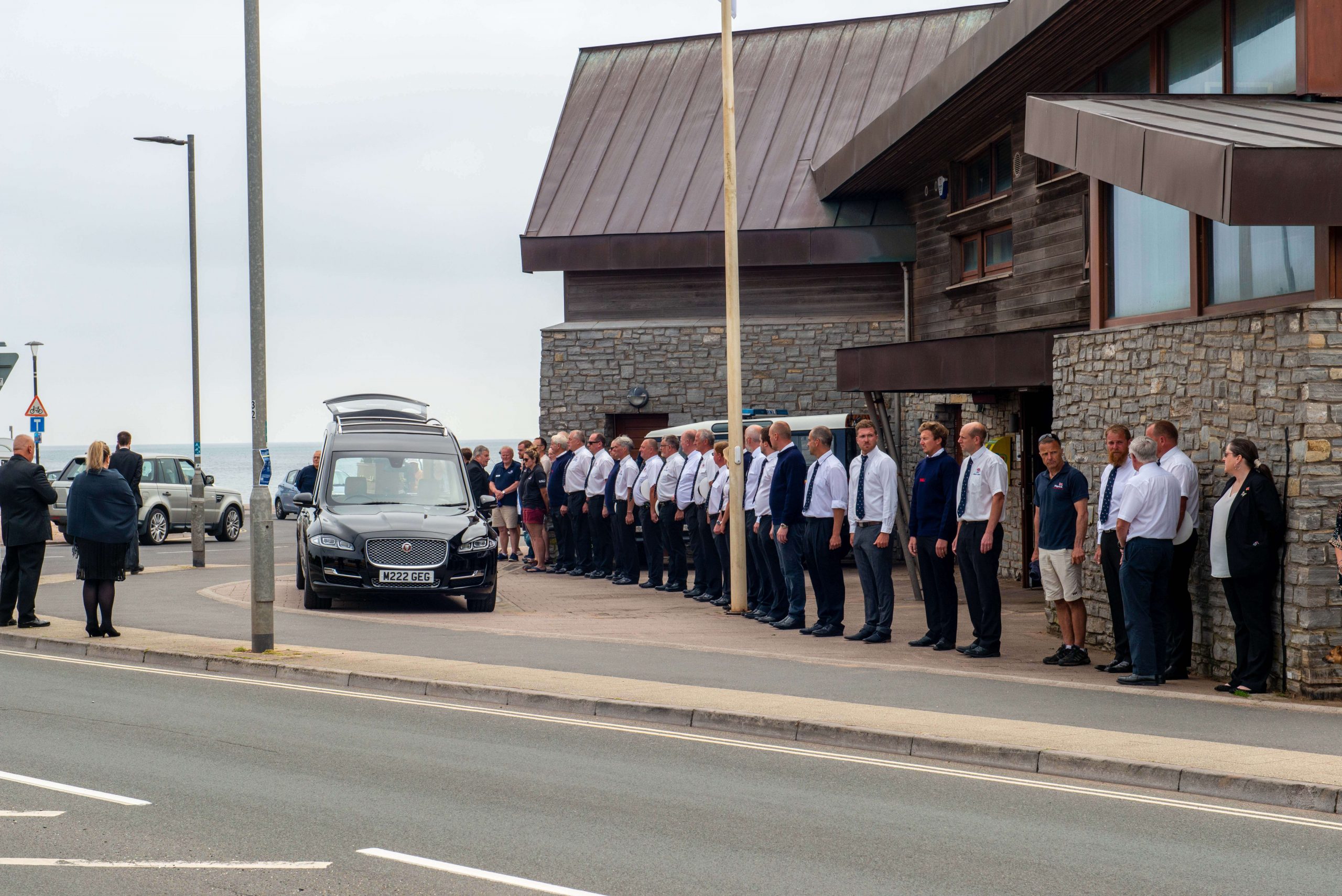 Exmouth RNLI said Don’s ‘invaluable’ fundraising work and ‘loyal support’ over the years would help the town’s crew and lifeboats to continue saving lives at sea.

An Exmouth RNLI spokesman said: “Volunteers and crew members from Exmouth RNLI past and present, RNLI staff, together with many friends and acquaintances attended to pay their respects to Don Hodgkinson, a long serving and well-respected RNLI volunteer who died on 12 June after a short illness.

“Don started his twenty-four years of volunteering as box secretary at the Exmouth RNLI lifeboat station in June 1998, Deputy Launch Authority and sea safety advisor from June 2003 until May 2011, Exmouth RNLI boathouse manager from 2011 to the present and became chair of the fundraising team in 2007 – a post he held for eleven years.”

In 2018 RNLI chairman Charles Hunter-Pease presented Don with a badge and certificate for completing 20 years ‘exemplary service’ with the lifesaving charity.

The award was ‘in recognition of his invaluable and loyal support’ to the town’s lifeboat fundraising team.

The RNLI said ‘his dedicated volunteering and fundraising efforts as chair will help the RNLI to continue to save lives at sea.

The town’s lifeboat station spokesman said: “To the grandfather of Exmouth Lifeboat Station – thank you and rest in peace.” 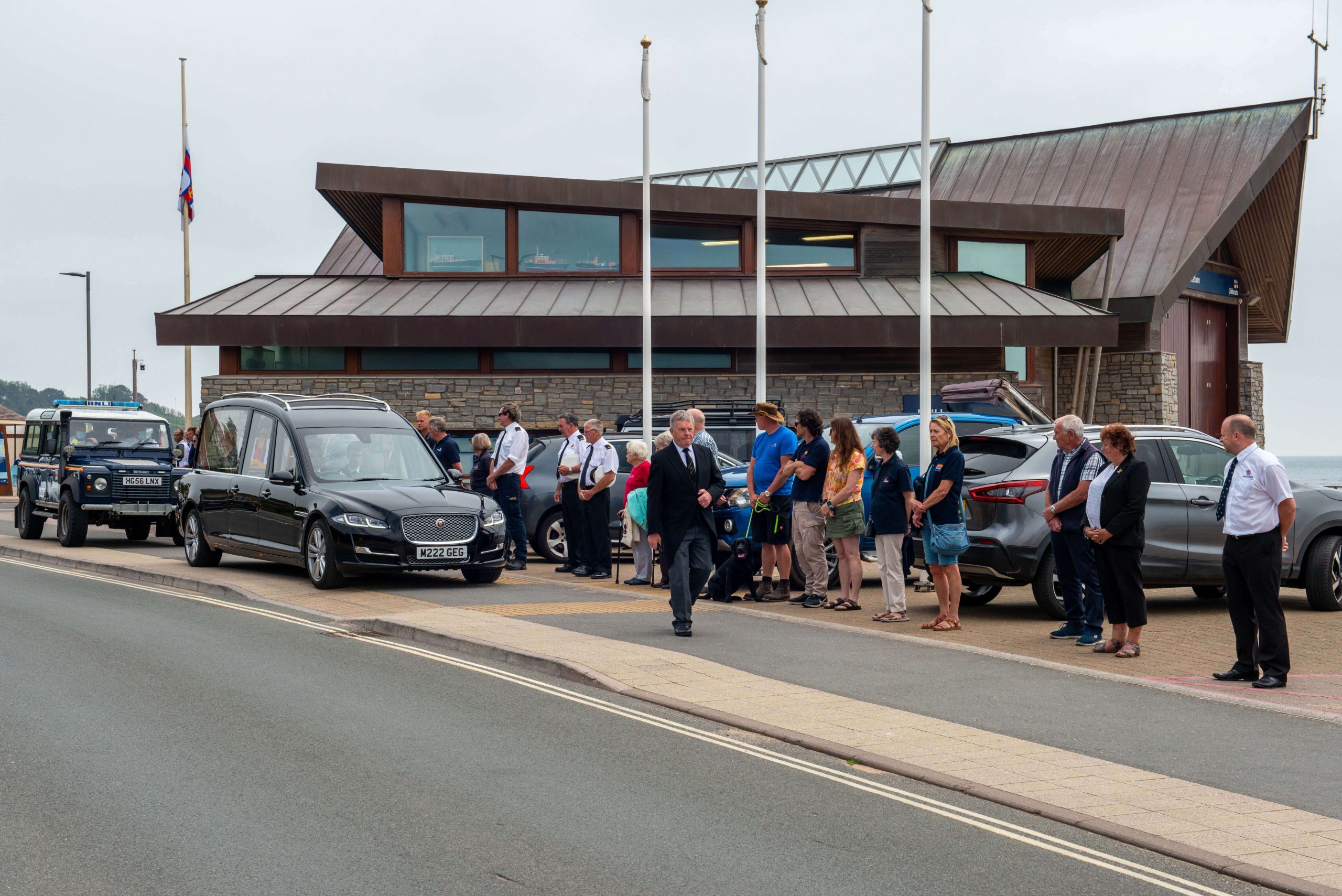