Sidford householders are being asked for their views on the proposed introduction of residents’ parking restrictions.

A second round of consultation has been launched by Devon County Council (DCC) over the mooted changes.

An initial consultation in June 2018 showed some support for the introduction of residents’ parking in areas of Sidford. 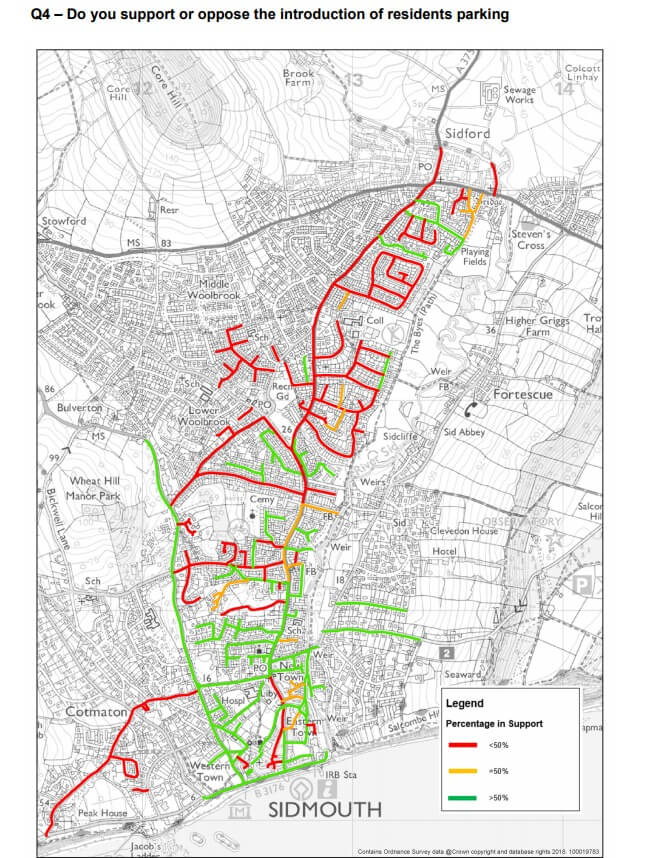 A map, following a consultation in 2018, showing the support (or lack of) for residents’ parking in the Sidmouth and Sidford areas. Green parts show more than 50 per cent of people who responded supported it. Red shows less than 50 per cent of respondents were in support.

It was then decided at the East Devon Highways and Traffic Orders Committee in December that year the council would run a separate bid to better understand the views of residents.

That process has now been launched.

There are no detailed proposals at this stage. 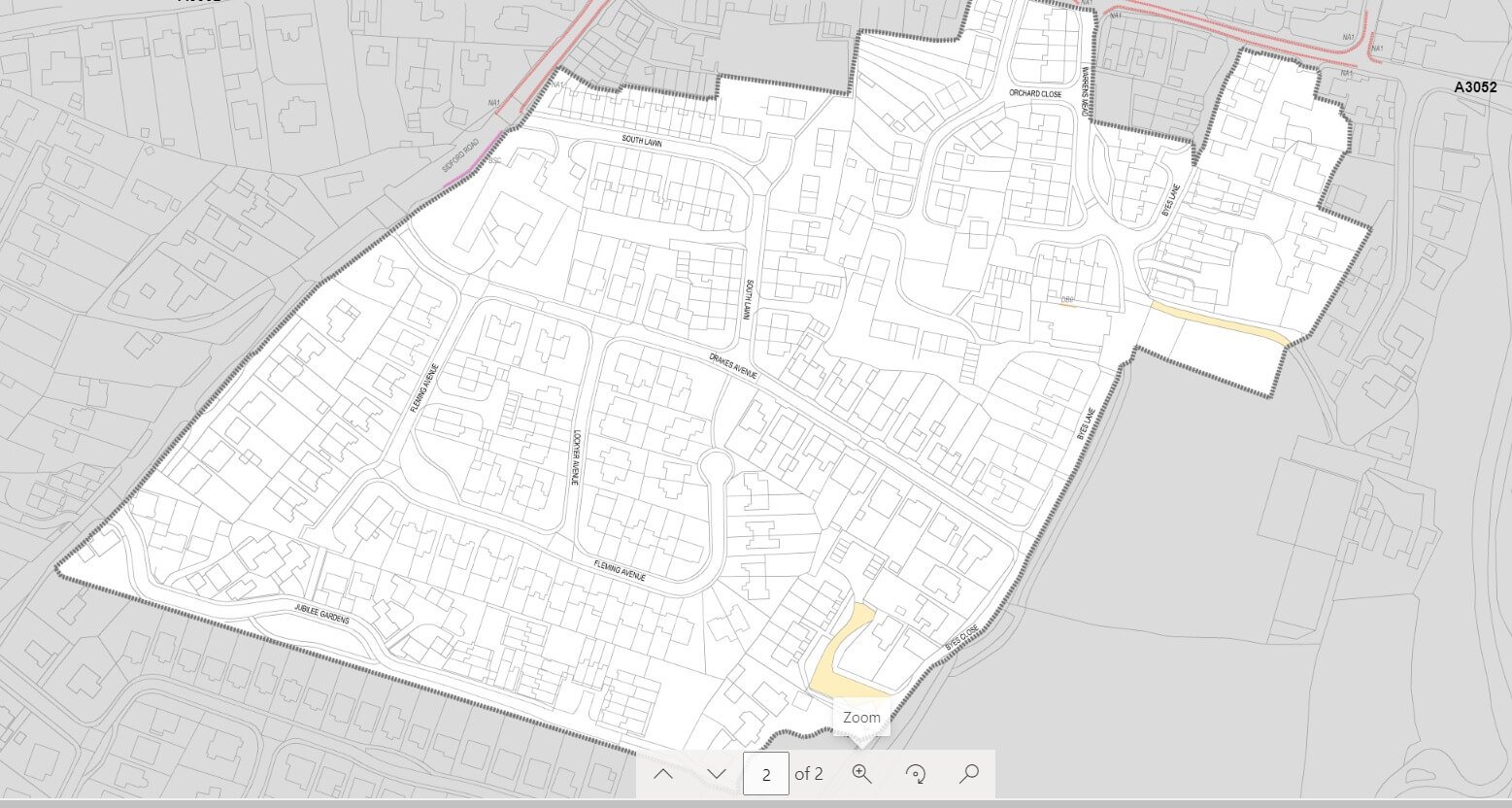 The area covered by the consultation over residents’ parking in Sidford.

The 2018 consultation showed only householders in Drakes Avenue and South Lawn, areas where more than three people replied, were in favour of residents’ parking,

Proposal would be to introduce a combination of residents’ parking restrictions, as well as some limited waiting zones to enable some shorter stay non-permit stop-offs for local facilities.

The informal consultation will run until Friday, July 2.

All residents within the proposed boundary will receive an information postcard on the proposals.

Responses will be summarised and  will be considered by a future meeting of the East Devon Highway and Traffic Orders Committee.