Sunday, October 17
Trending
You are at:Home»News»Sidmouth»Photos show firefighter rescue of casualty who dropped over bank on ride-on mower near Sidmouth

These photographs show how firefighters winched to safety a casualty near Sidmouth who dropped over a bank while on a ride-on mower.

Firefighters from Colyton, Sidmouth and Ottery used lines and ropes to bring the casualty up on a stretcher after the mower they were riding on dropped 15 feet over a bank at Vineycroft Lane, in Salcombe Regis, on June 16.

After the casualty was rescued the fire crews hoisted the stricken mower back up the bank. 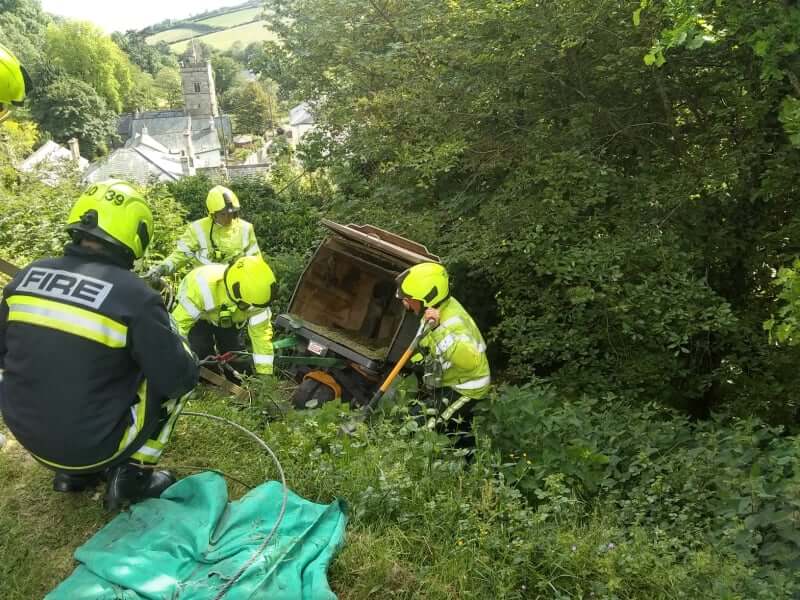 The ride-on mower was hoisted up by firefighters.
Photo: Colyton Fire Station. 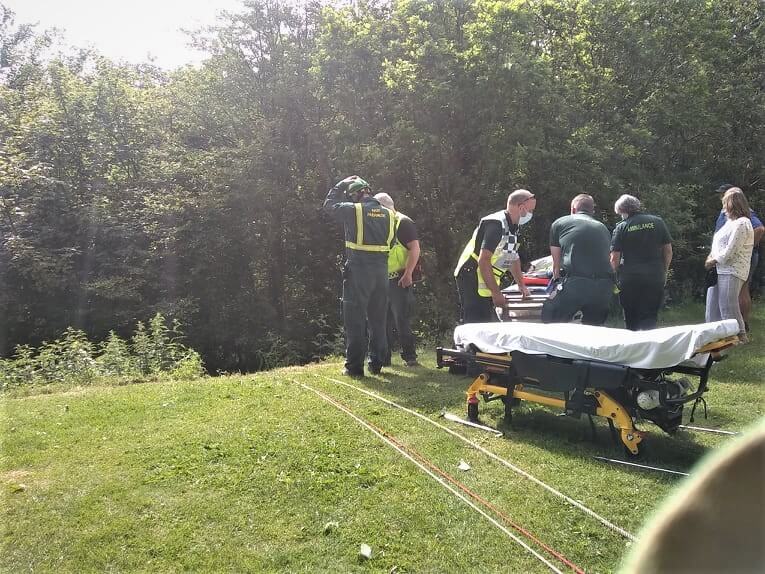 The casualty was brought up on a stretcher.
Photo: Colyton Fire Station.

A Colyton Fire Station spokesperson said: “On Wednesday afternoon the Colyton crew joined fire engines from Sidmouth and Ottery St Mary to attended an incident following reports of a person on a ride-on lawn mower having dropped fifteen-feet over a bank.

“Crews used safety at height equipment, of lines and ropes, to assist the casualty up the bank on a stretcher, and left them in the care of ambulance personnel.

“The ride-on lawn mower was then retrieved to prevent any damage to the surrounding environment, using two winches.” 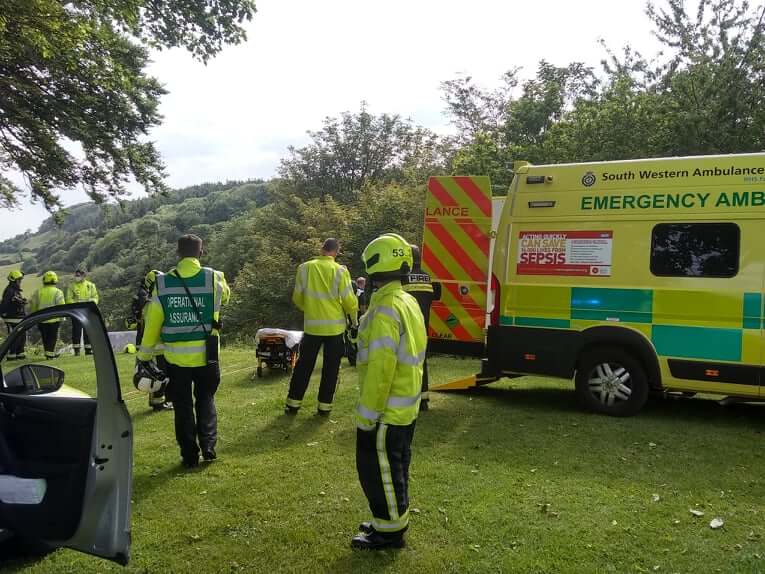 The emergency services were called after to rescue a casualty who dropped 15-feet over a bank on a ride-on mower.
Photo: Colyton Fire Station.