Firefighters from East Devon tackled a van blaze after a crash in Whimple on Saturday morning (June 19).

Crews from Ottery St Mary and Honiton were called to Venn Cross, in Knowle Cross Lane, shortly before 7.30am, where they found a van in a hedge that was well-alight.

Firefighters wore breathing apparatus and used compressed foam to put out the blaze.

Police said the van caught fire after it was involved in a two-vehicle crash.

A Devon and Somerset Fire and Rescue Service spokesperson said: “The fire service was called to a van on fire in a hedge.

“On arrival the crews confirmed that the van and approximately five metres of hedgerow was well alight. 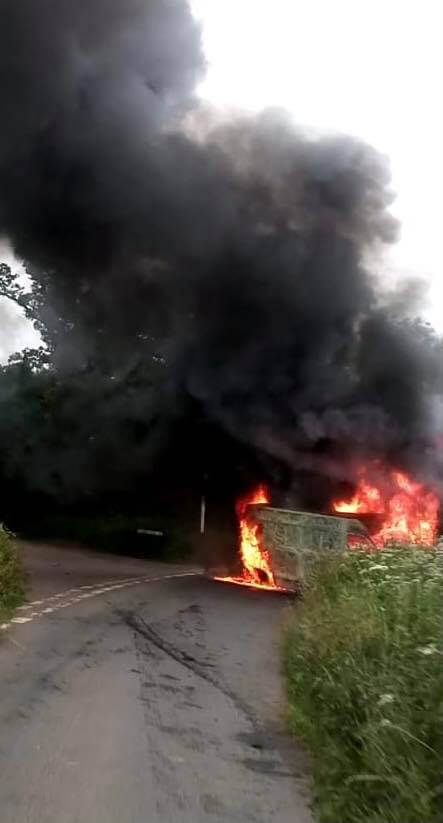