Tuesday, August 9
Trending
You are at:Home»News»Exeter»Go-ahead for seven-storey block of student flats to replace shut pub in Exeter city centre

A shut pub in Exeter city centre can be demolished and replaced with student flats after plans were approved for the second time.

Proposals for The King Billy, in Longbrook Street, also feature a commercial unit and a restaurant or pub at street level.

The scheme will see a 108-bed accommodation block built  over six and seven storeys.

Consent for the scheme was initially given the go-ahead in 2017 but this expired in January – meaning developer Rengen had to go through process again.

Its resubmitted application was identical to the one previously given the go-ahead by Exeter City Council, which as again approved the bid under delegated powers. 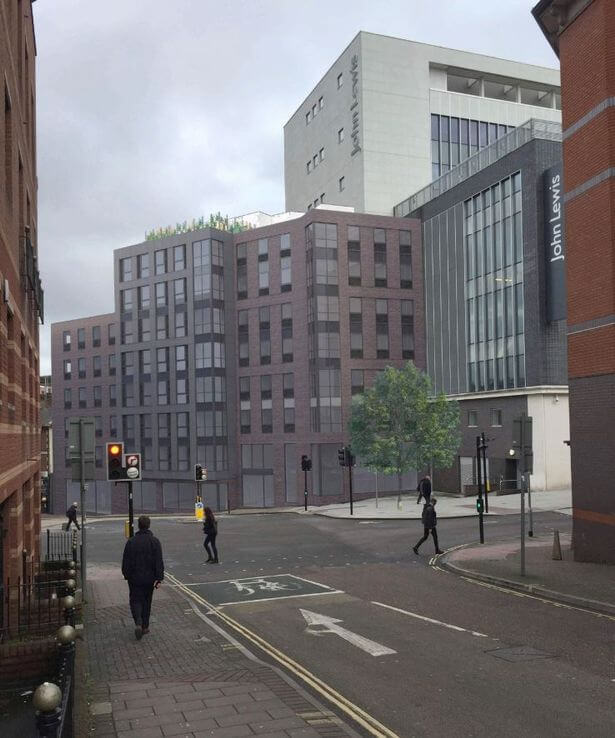 An artist’s impression of the student flats plan for The King Billy pub in Exeter. Image: Rengen

Planning officers  said in their report in 2017: “It is considered that the scheme represents an opportunity for the site, which has remained, in part, vacant for many years to be developed for uses which are appropriate for this location.”

Rengen had said in its application: “The vacant site and existing pub detract from the character and appearance of the area, and appear at odds with the scale, height and massing of the surrounding buildings, and the site is considered to be highly-suited to the proposed high-density, mixed use development incorporating town centre and residential uses.

“The proposed development would deliver a high-quality development, which assimilates well within the street-scene and wider townscape.

“There would be no unacceptable loss of historic fabric and the proposal would not harm the setting of any listed buildings or the character or appearance of the neighbouring Conservation Area.”

The King Billy, with its distinctive octagonal shape, has had a loyal following since it was built in the late-1960s.

Its predecessor, The Horse and Groom, dated back to the 1700s.

The pub closed its doors for the final time in July 2018.

Consultation over next stage of cross-city cycle route in Exeter