Saturday, July 24
Trending
You are at:Home»News»Exeter»Consultation over next stage of cross-city cycle route in Exeter

Exeter residents are being asked to have a say on proposals for the next section of a new walking and cycling route in the city.

Devon County Council (DCC) has launched a public consultation on its plans to extend the E4 link along the north side of Union Road.

The scheme would see parking spaces in the street scrapped.

A new two-way cycle route is proposed with bikes separated from pedestrians along the majority of it.

A shared path will be introduced where this is not possible.

Stoke Hill roundabout will also be converted into two mini-roundabouts with new pedestrian and cycle crossings.

The existing Union Road and the proposed changes for the E4 cycle route in Exeter. Image: Devon County Council

The proposals also include: 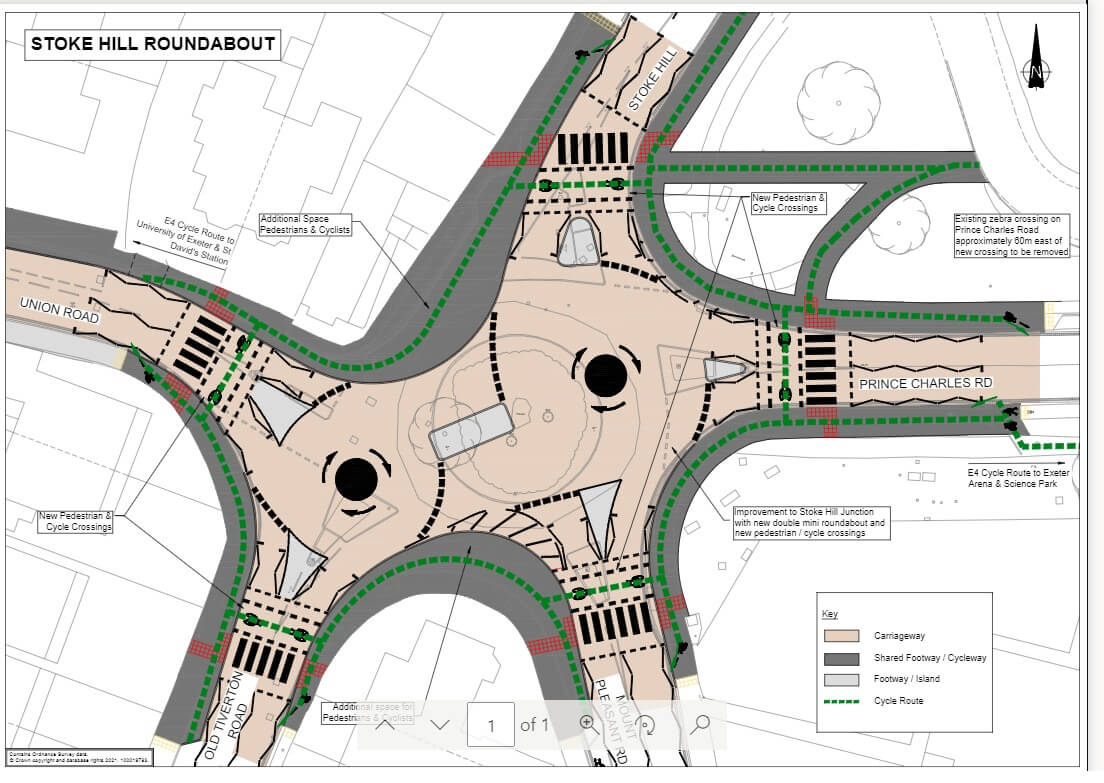 Councillor Stuart Hughes, DCC cabinet member for highway management, said: “We’re inviting people to provide feedback to help inform the design of the scheme which we hope will encourage more people to walk and cycle as part of our ambition for a cleaner, greener Devon.

“A two-way cycle path is considered to be the best solution for cycle provision along Union Road because of the limited road space available.

“Changing the layout of Stoke Hill roundabout to a double mini-roundabout also creates extra space for pedestrians and cyclists on Union Road.

“The proposals aim to establish a cycle route that meets government guidelines as well as balancing the needs of pedestrians, vehicles and buses.”

Cllr Su Aves, who represents St Sidwell’s and St James, said: “Union Road is used by all ages and needs to be made safer.

“Ideally cyclists should not need to share pavements with pedestrians as this creates conflict. Having a dedicated two-way cycle route is the best design for this width of road.

“The Stoke Hill roundabout desperately needs to be improved.” 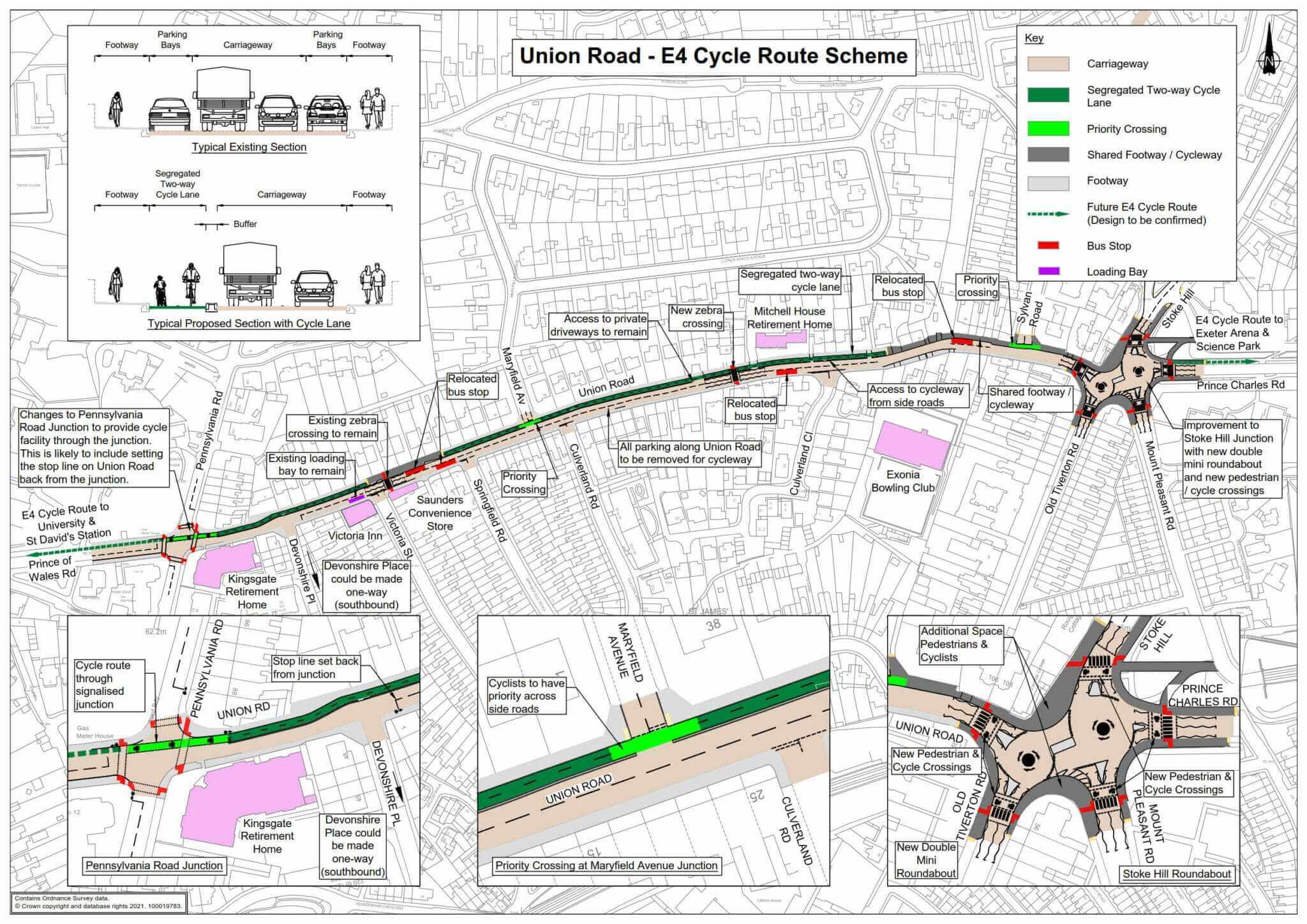 The proposed changes as part of the E4 cycle route in Exeter. Image: DCC

Cllr Percy Prowse, ward member for Duryard and Pennsylvania, added: “This part of the E4 has been a long outstanding part of the cycle route and residents are encouraged to give their opinions about the proposals.”

The consultation runs until Tuesday, July 13.

Around two miles of the multi-use E4 route is currently in place between Redhayes Bridge and Beacon Lane.

When complete, it will eventually connect the east of Exeter and Redhayes Bridge, via Pinhoe, to the university of and St David’s station.

Details of the consultation and an online survey can be found here.