A tractor on fire on the road near Ottery St Mary was completely destroyed by the blaze and its trailer carrying a load was damaged by smoke and flames.

Firefighters from Ottery, Middlemoor Fire Station and Danes Castle, in Exeter, were called to Fairmile at around 1.45pm on Wednesday (June 9) where they found the agricultural machinery well alight on the road.

The cause of the blaze was accidental, the fire service, said.

The blaze totally destroyed the tractor and left its trailer and grass load fire and smoke damaged.

Around 25 metres of hedgerow was also damaged by fire, the fire service said. 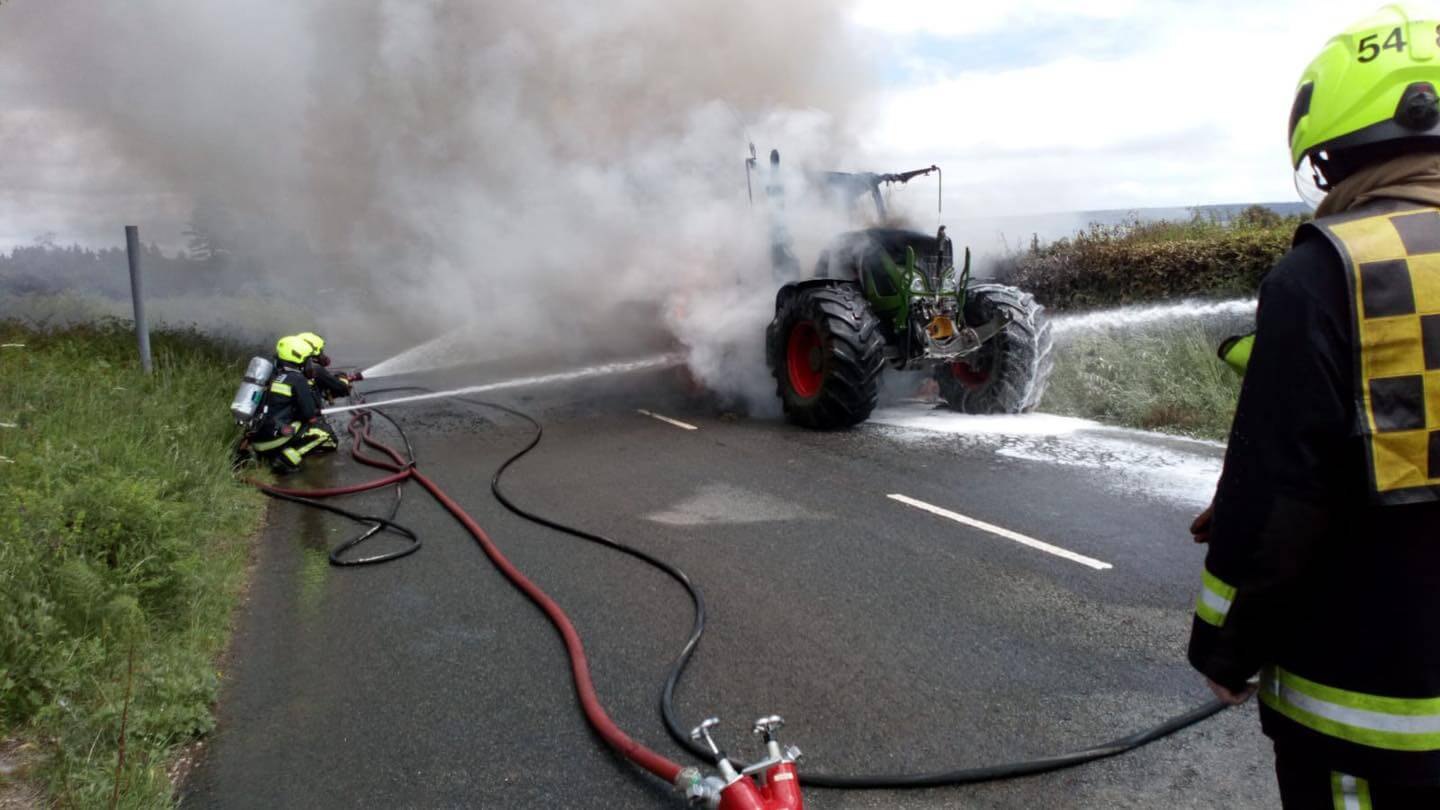 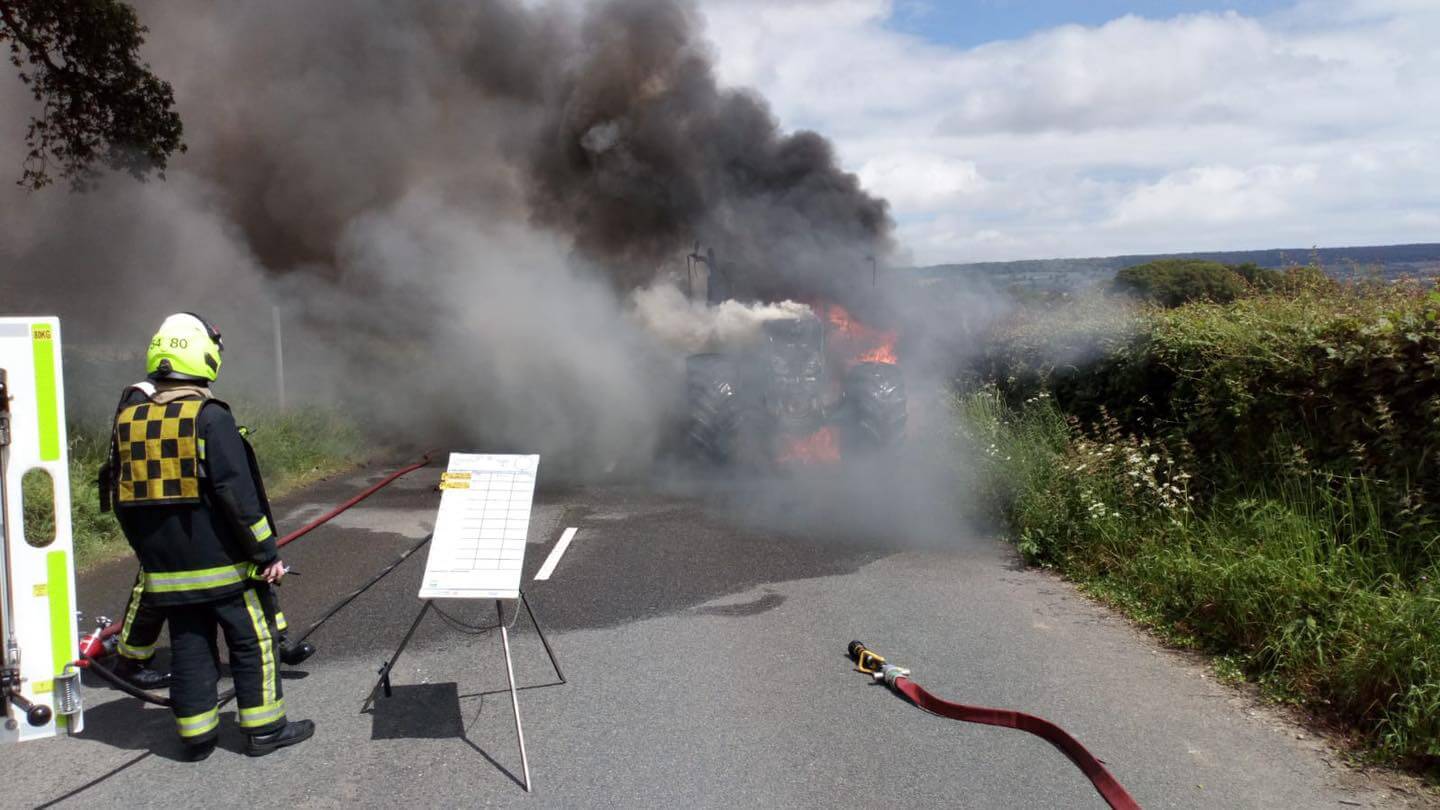 Crews wore breathing apparatus to tackle the blaze and used foam, water and small tools to knock down the fire.

An Ottery Fire Station spokesperson said crews were mobilised to a report of a large vehicle on fire.

“On arrival of the crews, it was quickly identified as a tractor on fire and two breathing apparatus wearers were committed,” the spokesperson said.

“Closely backed up by Middlemoor’s crew, another CAFS jet (compressed air foam) was set up and a further two breathing apparatus wearers were committed to assist in tackling the fire.

Devon and Somerset Fire and Rescue Service (DSFRS) said a fire engine from Ottery St Mary, one from Middlemoor and the water bowser from Danes Castle station were sent to Fairmile.

A DSFRS spokesperson said: “On arrival, crews confirmed this to be a tractor and trailer fire, with the vehicle well alight.

“There was a fuel run off, which caused a running fuel fire to catch approximately twenty metres of hedgerow alight also.

“The tractor was one-hundred per cent destroyed by fire, the trailer sustained approximately thirty per cent and the contents was also destroyed by smoke and water.

“Approximately twenty-five metres of hedgerow was also damaged by fire.

“The cause was accidental and duty of care was left with the owner, police and highways.” 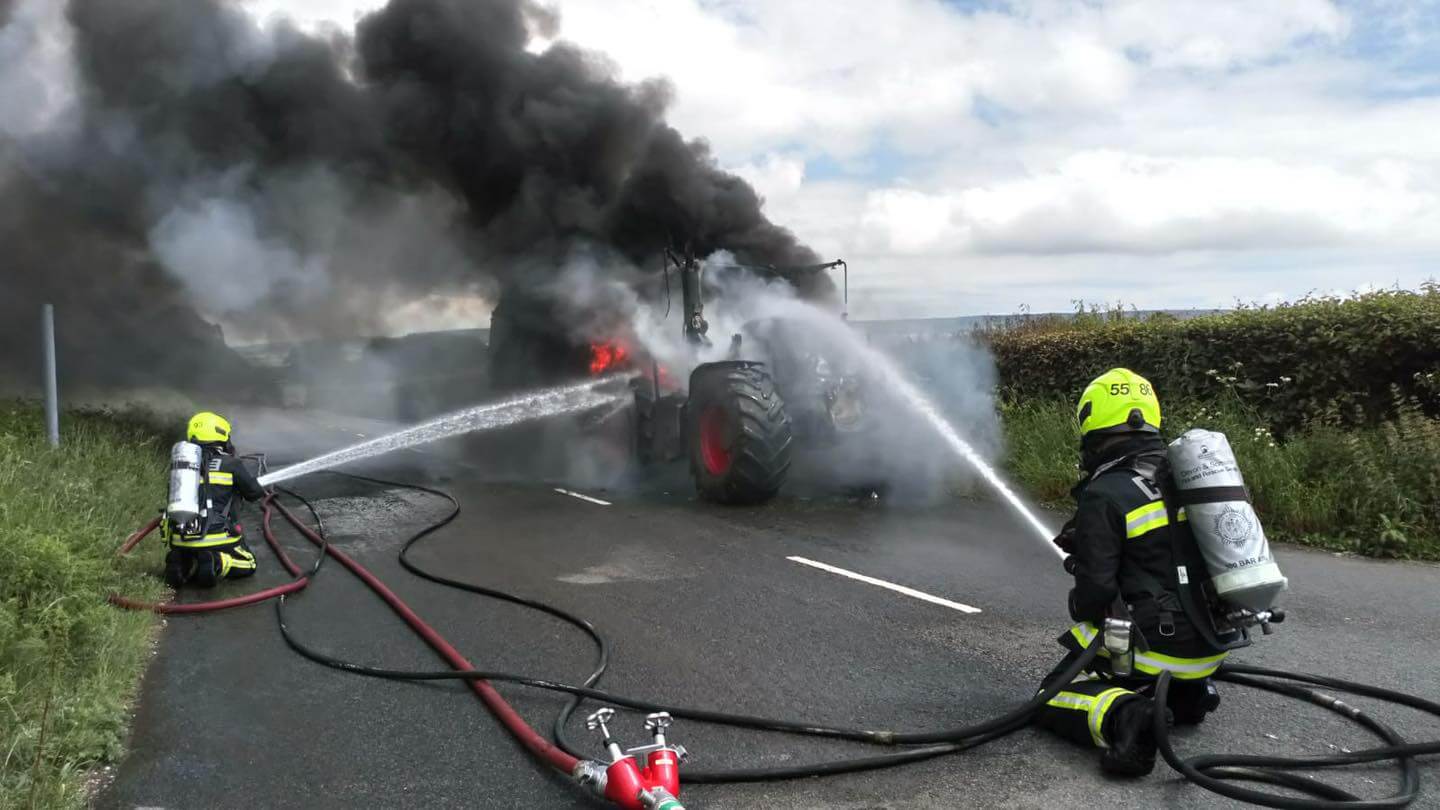