Tuesday, September 28
Trending
You are at:Home»News»Exeter»Fire breaks out in false ceiling in student flats in Exeter

Fire crews called to student flats in Exeter on Monday afternoon (June 7) found a smoke-logged building and blaze in a false ceiling.

Crews were called to St German’s Road, near Pennsylvania Road, shortly after 3pm where they used jets to put out the flames, a fan to clear smoke from the building and a thermal imaging camera to check for fire spread. 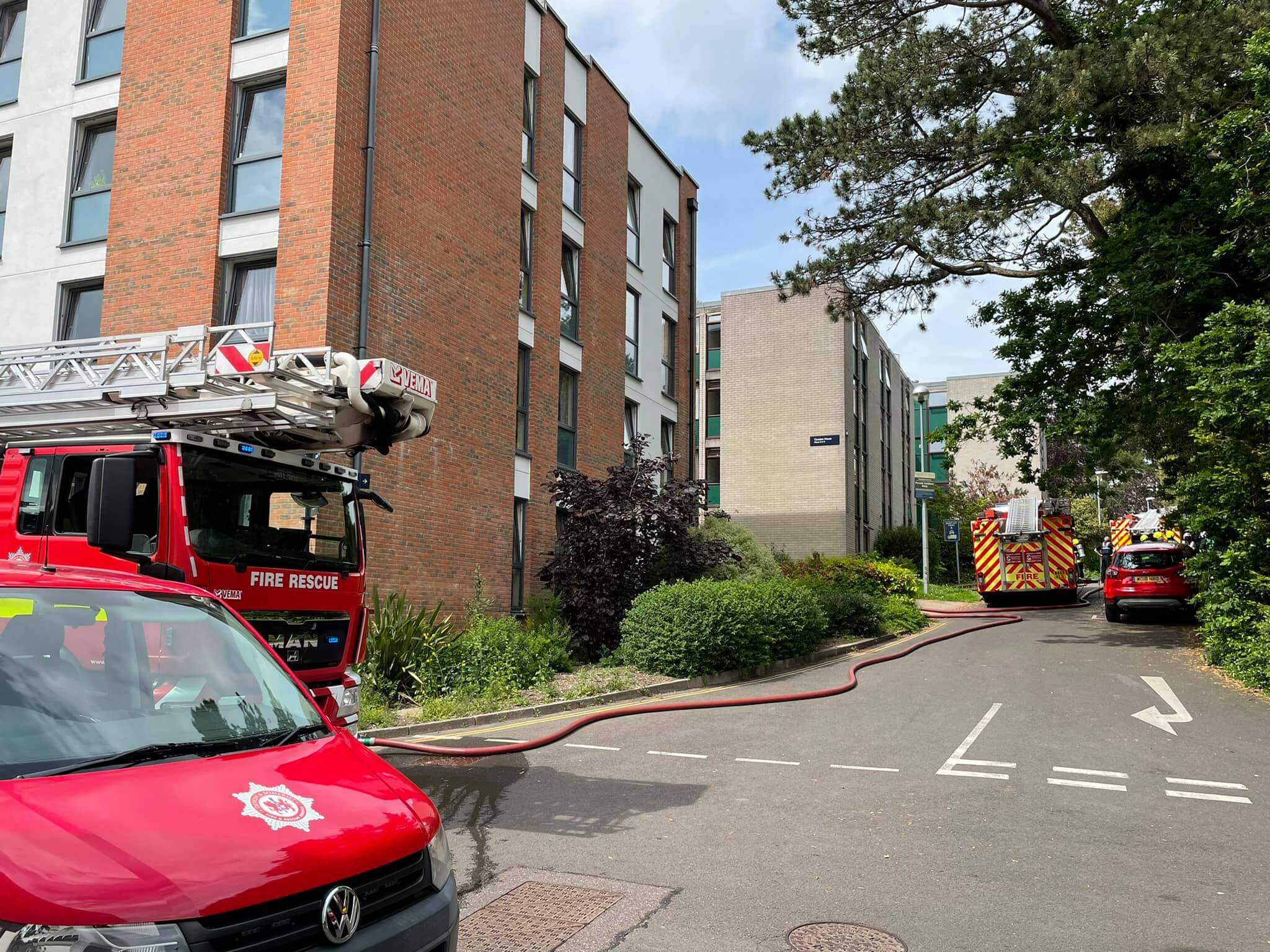 The fire was in a false ceiling.
Photo: Danes Castle Fire Station.

A Devon and Somerset Fire and Rescue Service spokesperson said: “A fire engine and aerial ladder platform from Danes Castle along with two fire engines from Middlemoor attended reports of a fire in the false ceiling within student accommodation.

“They then used a positive pressure fan to clear the smoke as the building was heavily smoke-logged, along with a thermal image camera to check for hotspots.”