Tuesday, September 28
Trending
You are at:Home»News»‘I did it for dad’ Exeter woman’s 62 reasons to raise funds for Honiton charity Devon Freewheelers

Emotions ran high for an Exeter woman remembering her much-missed dad when a trio of gruelling challenges for Honiton charity Devon Freewheelers came to an end.

Mum-of-three Kelly Lawson, aged 43, of St Leonards, in Exeter, this month completed her own Challenge 62, as a tribute to dad David Meyer, from Chelston, in Torquay, who died from coronavirus in March 2020, aged 62.

Married Kelly, an accountant, who during April and May celebrated her 62-year-old dad’s life by swimming, running and cycling, has raised more than £1,300 for the Devon Freewheelers charity through a JustGiving page.

Fundraising over the last year has been incredibly tough for the Devon Freewheelers, because of the pandemic and social distancing restrictions…

Now Kelly hopes to carry out an annual charity challenge, in memory of her much-loved ‘petrol-head’ dad.

“It would be nice to do something every year to honour dad,” said Kelly. “I will have to put my thinking cap on and keep going.

“When I was cycling the sixty-two miles, I initially found the bike ride quite hard in parts because it was quite hilly, and I got upset.

“About halfway around, going up a hill, I thought ‘I can’t do this’. My husband, who came with me on his bike, came up behind me and literally pushed me up the hill and said ‘you can do this, and you will do this’.

“My brother, who came with me on his motorbike, said ‘you know dad is with you’. I said ‘I know, I have got his hand on my back’. And that really kept me going. Dad was my reason for doing it.

“Finishing the challenge was emotional. I didn’t cry, but me and my brother Liam hugged each other for quite a long time.

“It didn’t really start to sink in what, I had achieved, until a few days after. And then I got quite emotional.” 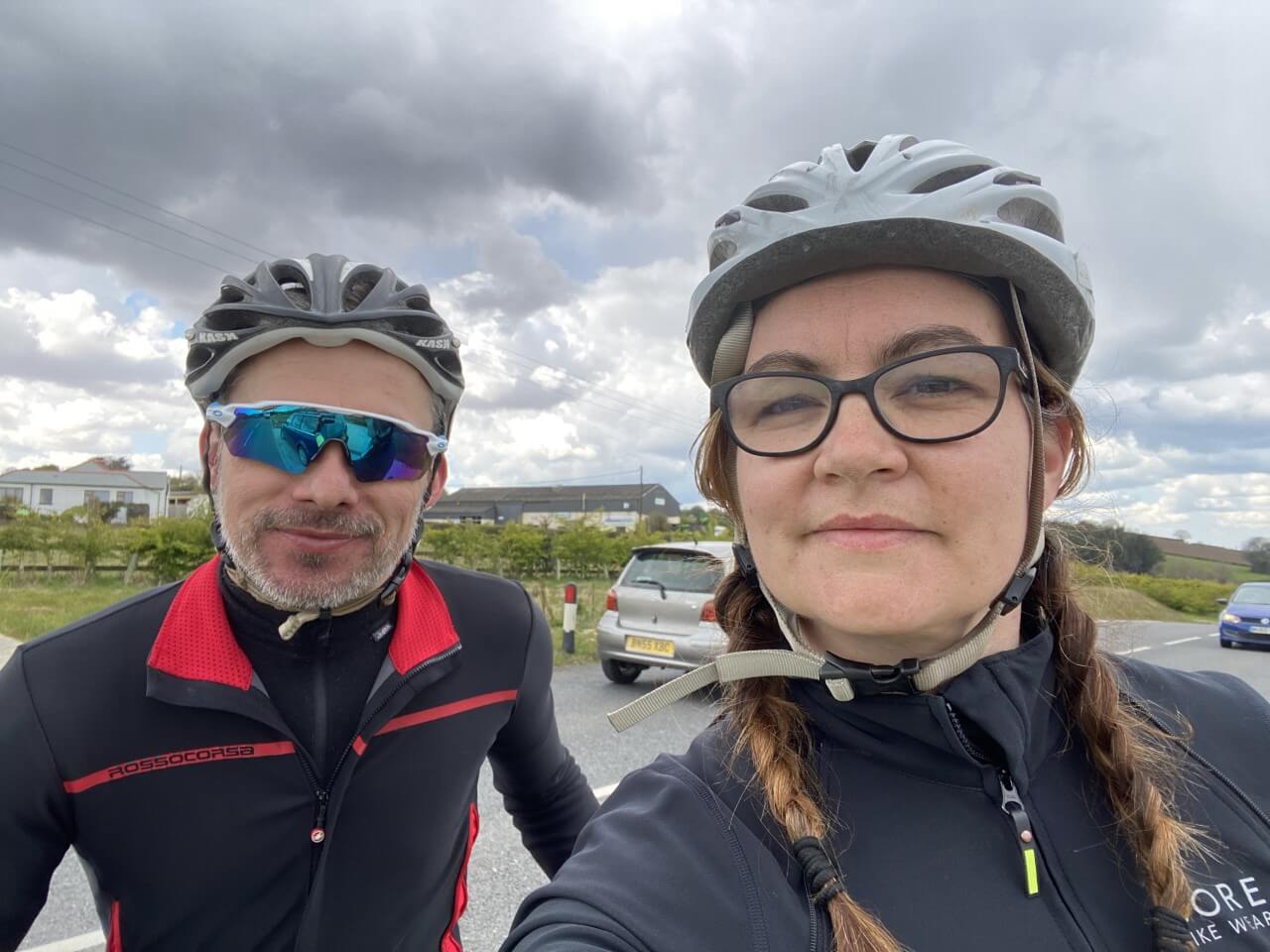 Craig, Kelly’s husband accompanied her during the 62-mile cycle. 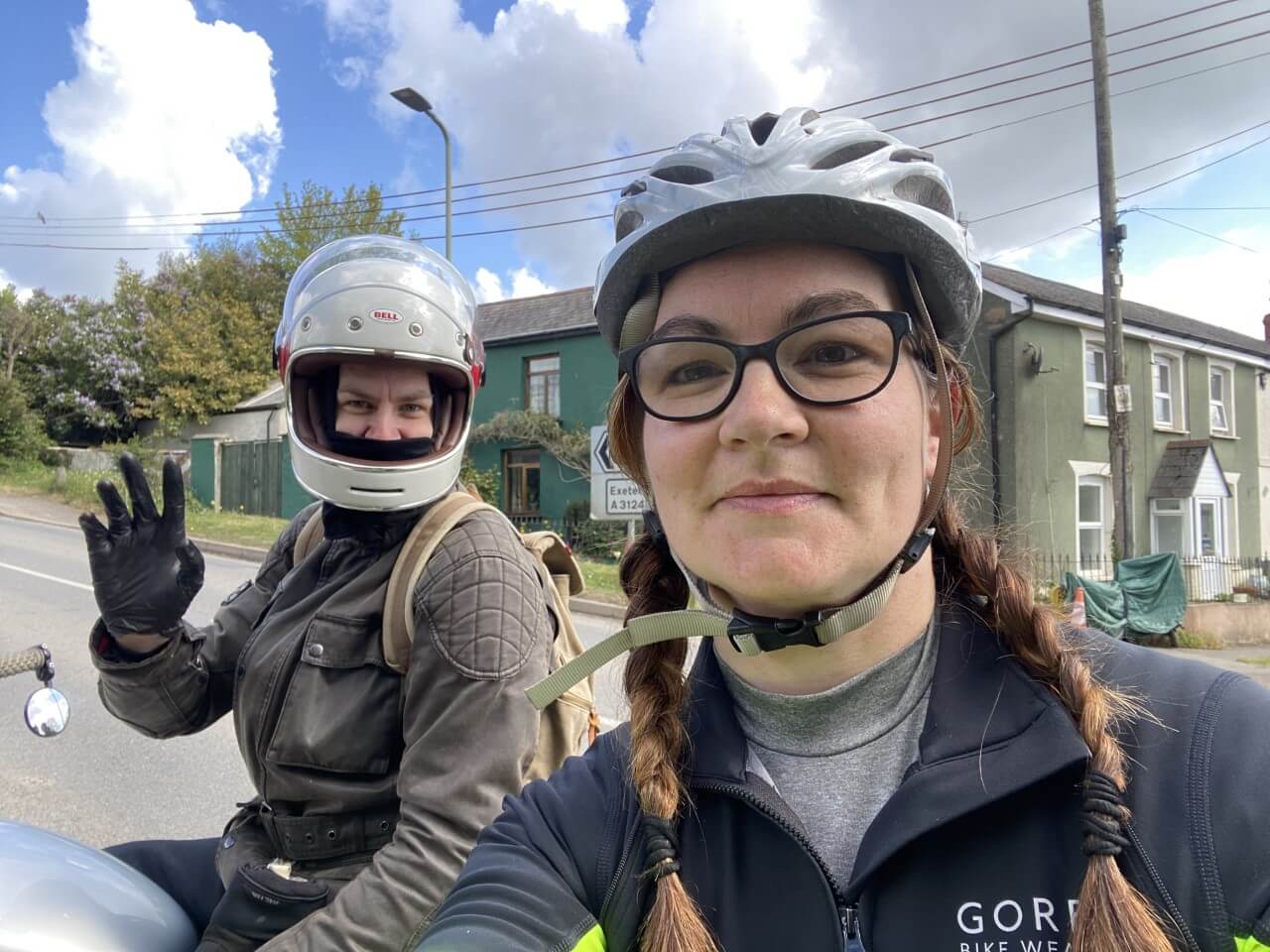 Kelly and her brother, Craig. 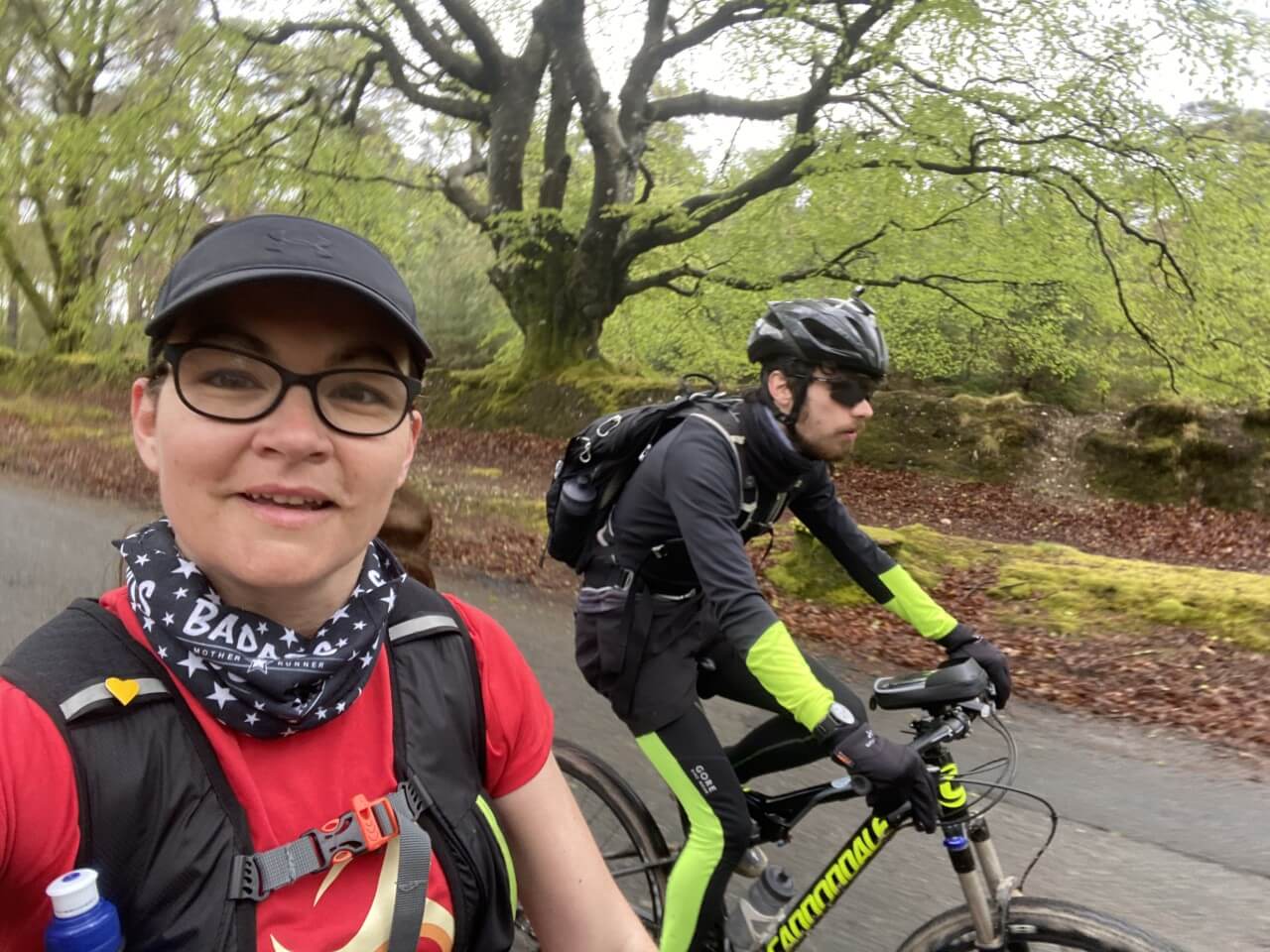 Kelly’s son, Owen, cycled alongside his mum to help keep her spirits up.

Russell Roe, Devon Freewheelers deputy CEO said: “We are so grateful to Kelly for all the effort she has gone to, the work she has put in, and all those hard-earned miles she has swum, run, and cycled, to help the charity.

“Fundraising over the last year has been incredibly tough for the Devon Freewheelers, because of the pandemic and social distancing restrictions.

“Never more than this past year are we indebted to people like Kelly, giving up their time to fundraise for the charity, helping to keep the vital, free, service on the road.”

Kelly’s Challenge 62 – running and cycling the equivalent number of miles, and swimming the same number of lengths – included a run route in the grounds of Cockington Court country park, in Torquay, a special place of happy memories of time spent with her mum and dad.

And when the going got tough, Kelly was motivated to keep going thanks to family and friends, who dropped everything to join in.

Kelly spent five-and-a-half hours in the saddle, cycling a 62-mile route, accompanied by her husband, Craig.

The epic bike ride started in Exeter and also took in the steep hills of Crediton, Hatherleigh and Whiddon Down, ending on Exeter Quay.

Pedalling from Haldon to Torquay, Kelly was joined by son Owen on his bike.

She said swimming 62 lengths of a friend’s pool was the ‘easiest’ part of the challenge, taking just over an hour to complete. 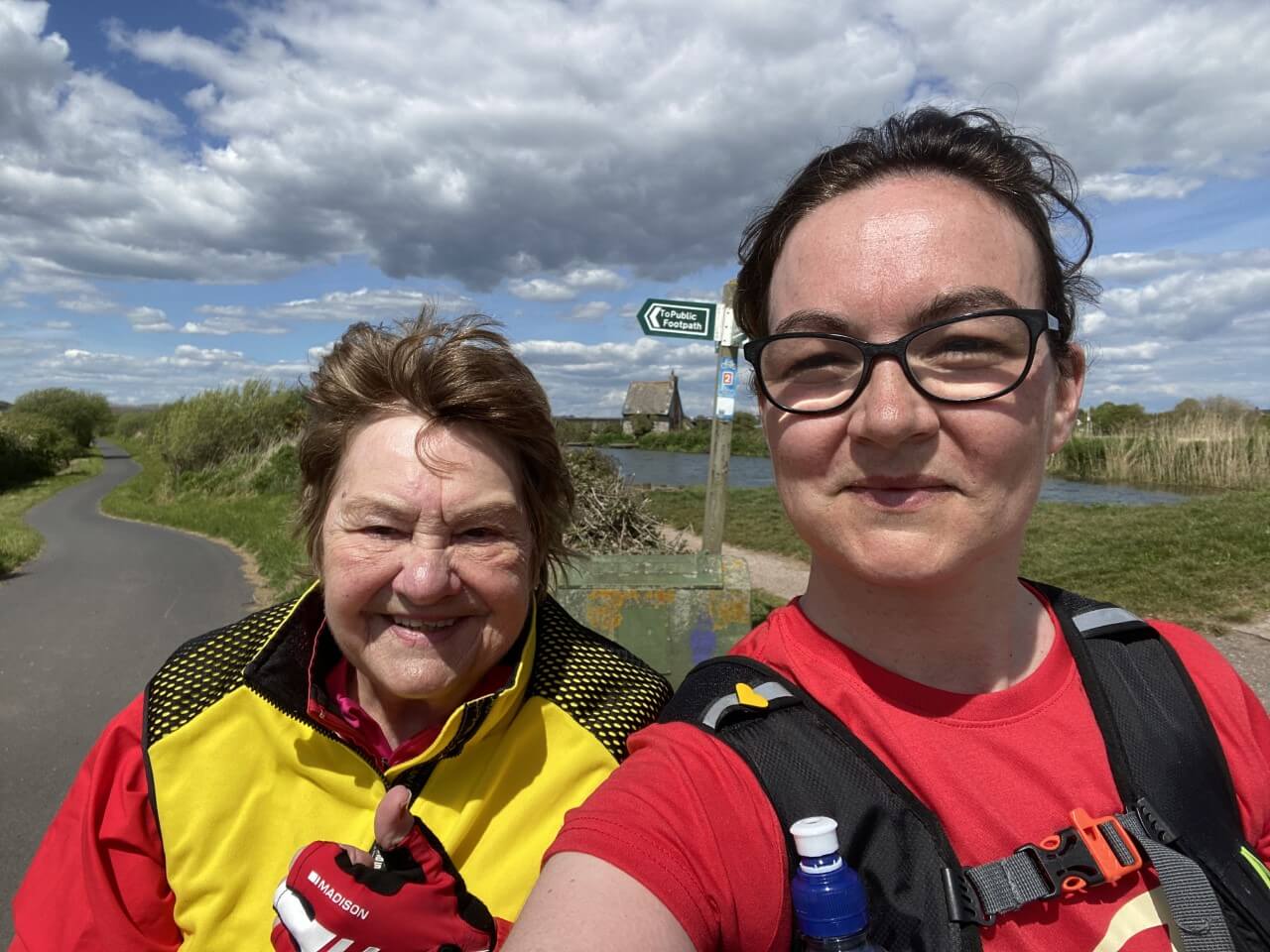 Friends and family joined Kelly as she tackled her challenge. 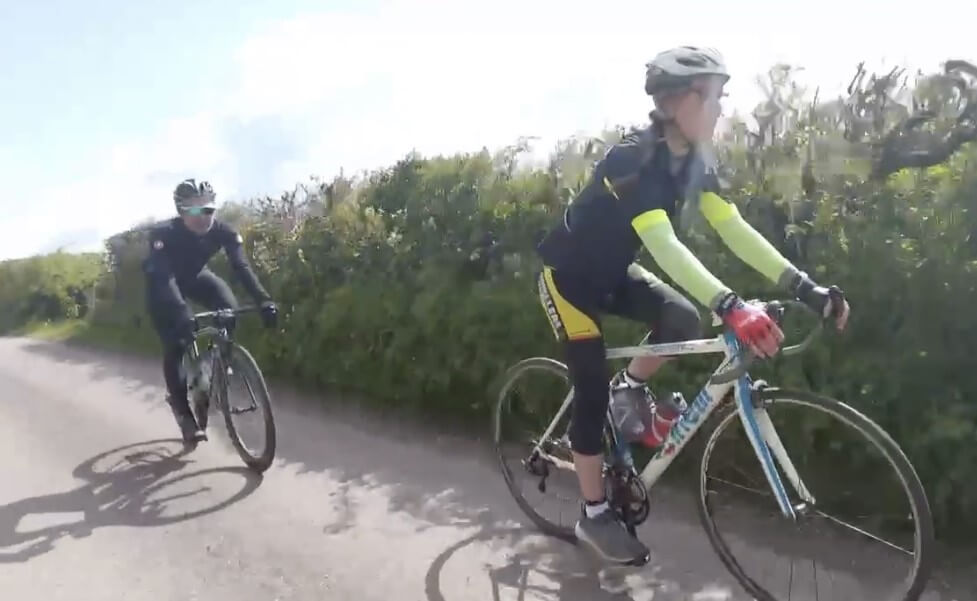 Raising Kelly’s spirits along the routes, cheering her over finish lines, were a host of friends, family, and members of her running group, Exeter-based Greenbow Running Club.

“It was nice to have my sister, Danni, run with me,” said Kelly. “And my sister-in-law Sam joined me in Teigngrace and kept me going and motivated.

“The first ten miles of the run I was on my own, then a friend of mine, Anne Owens, came out on her bike from Powderham Castle. It was lovely to have someone to chat with.

“After she left, I really struggled. Probably from about Starcross to Dawlish, I just walked.

“But then I said to myself ‘it’s not a race and I am still doing it. It’s my challenge and my rules’.”

Kelly said she ‘really enjoyed’ the longest run route of the challenge, beginning at Haldon Forrest, where she was met by her brother. 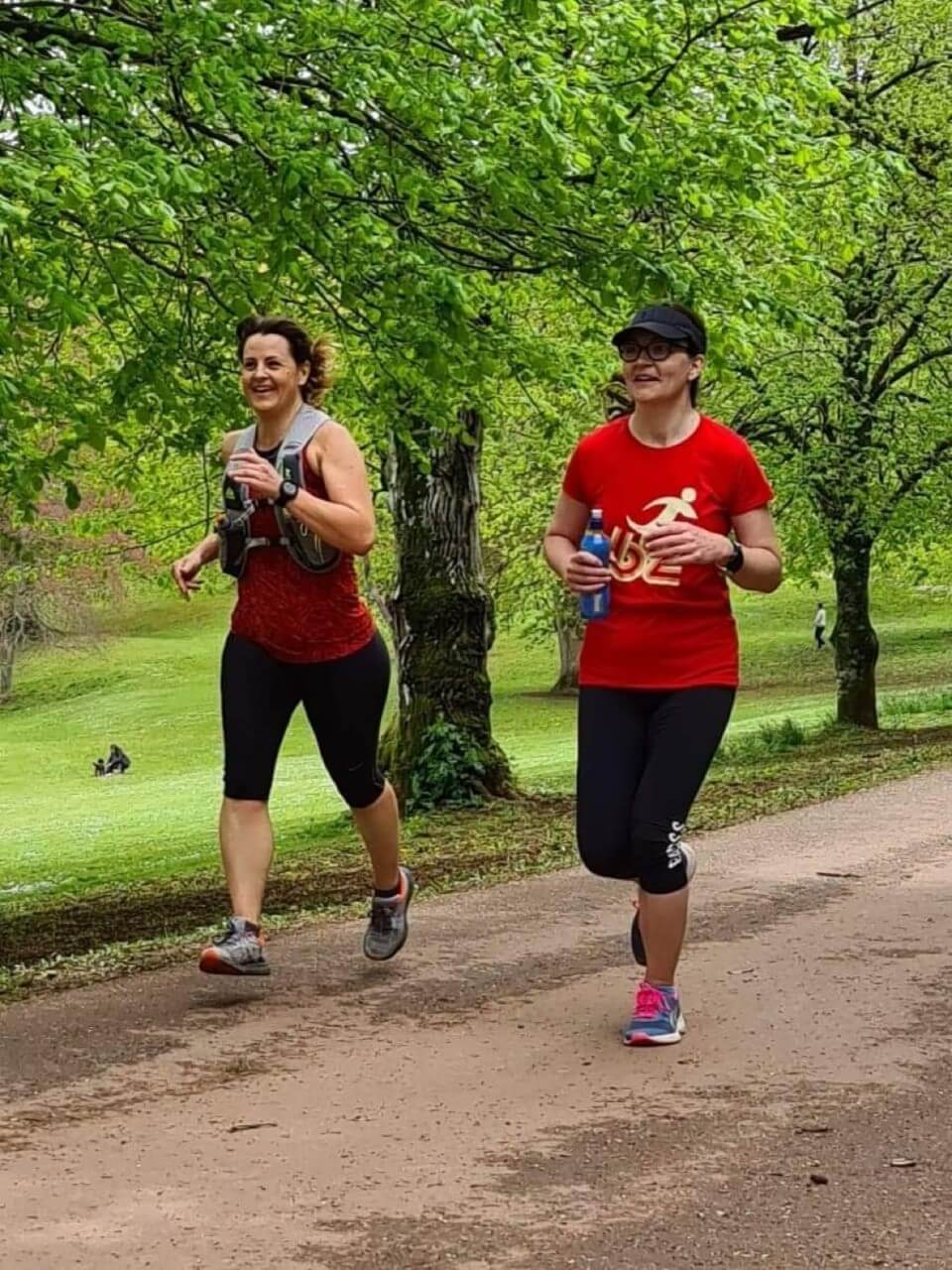 Sister-in-law Sam ran alongside Kelly for part of the challenge. 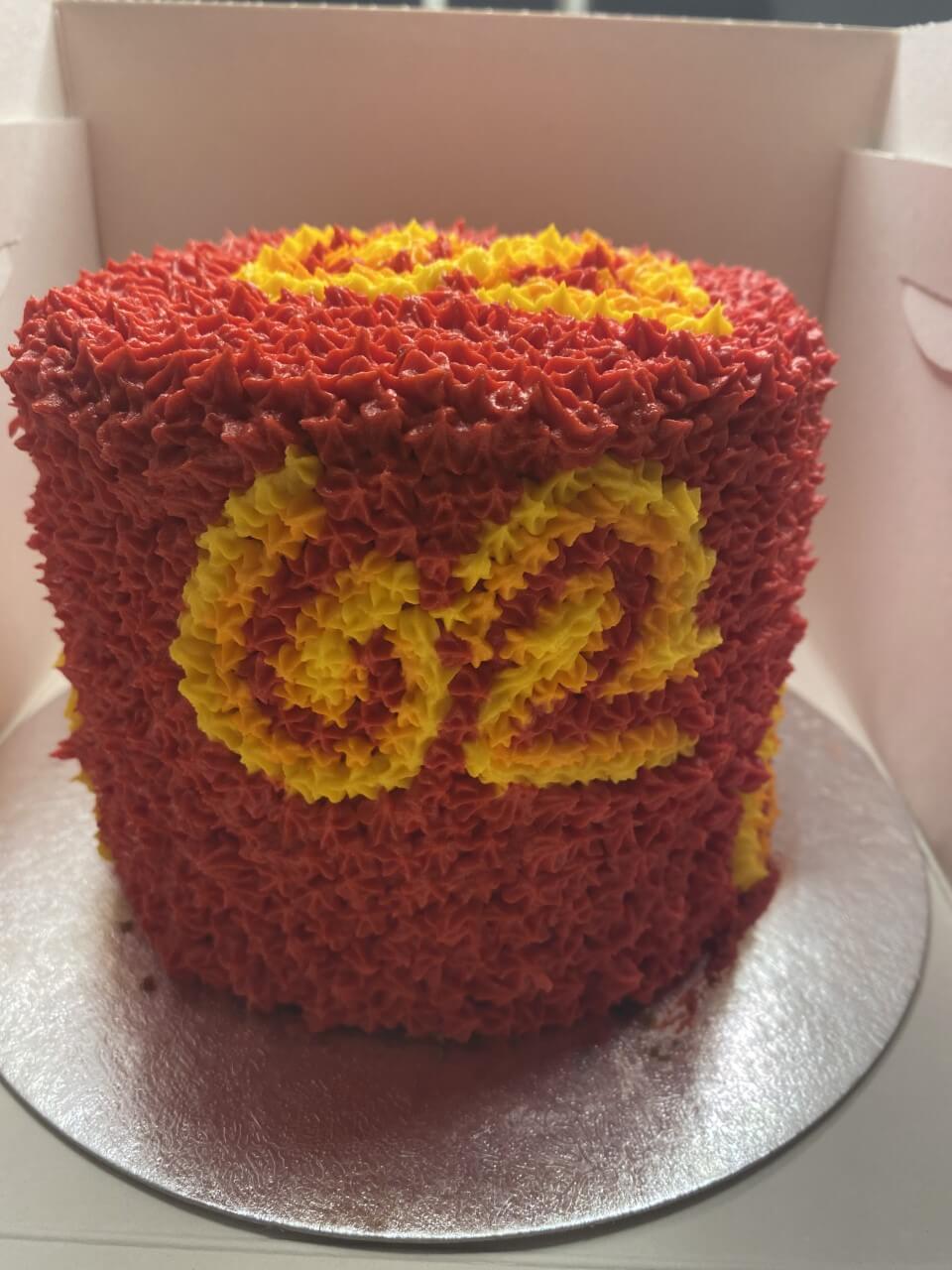 A special cake made for Kelly marked the end of the challenge.

Fundraiser Kelly, who began running as a hobby around six years ago, boosted her original plan to jog 62 miles over three days, to include swimming and cycling as a nod to the interests of her husband Craig, and their son, Owen.

Kelly has been accepting donations in aid of the Devon Freewheelers through her Challenge 62 JustGiving page.