Wednesday, September 29
Trending
You are at:Home»News»East Devon»Beer»Paraglider crawls to safety after crashing onto cliff top at Beer

A paraglider was left with cuts and grazes after crashing onto the cliff top near Beer on Monday evening (June 1).

Coastguards tasked to help shortly after 6.30pm, where they found a paraglider had crashed onto gorse on the cliff edge between Pounds Pool and Beer Head.

The man, who crawled to safety, was reunited with his parachute by the Coastguard team, after it became caught in a tree.

The rescuers wore harnesses and used specialist anchoring equipment to reach the parachute and cut it free. 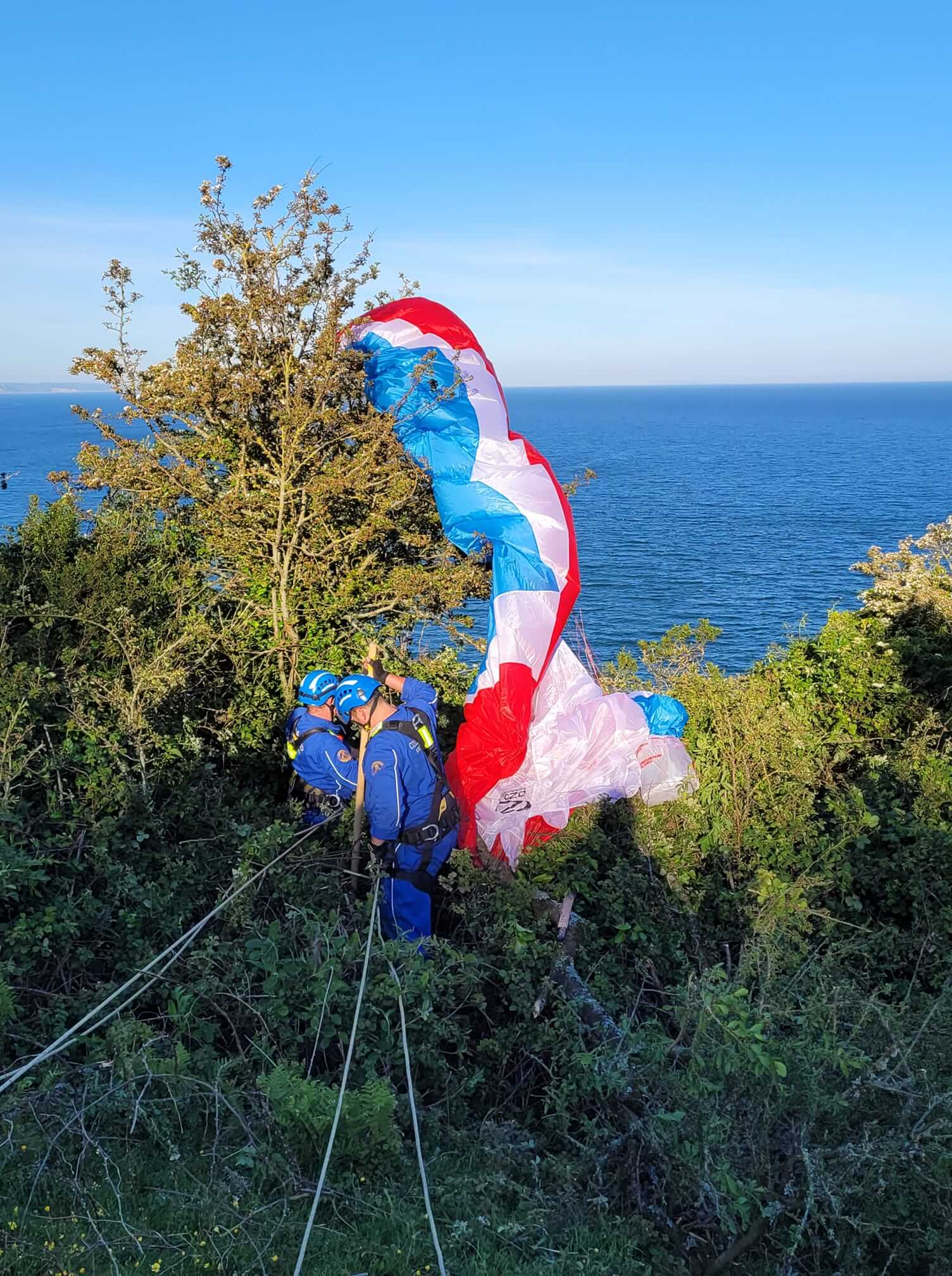 A Beer Coastguard spokesperson said: “We were tasked to report of a paraglider crashed on to gorse on the cliff edge between Pounds Pool and Beer Head.

“The pilot had climbed out and scrambled back to safety, suffering cuts and grazes.

“He was going to attempt to get his parachute back but it was caught in a tree. As this was too dangerous for him to do, we rigged two people in harnesses and secured them to separate holdfasts so they could try and free the chute.”

The spokesperson added: “Using loppers and a hand saw we managed to eventually free the chute and wires and return the chute to the grateful owner.”

Death of man in Beer ‘no longer being treated as suspicious’, say police, as 30-year-old is released without charge