Monday, June 21
Trending
You are at:Home»News»Three cut free from two-car crash on M5 near Exeter

Motorists heading northbound on the M5 outside Exeter on Monday evening (May 24) faced slow-moving traffic as the emergency services dealt with a two-car crash where three people were freed.

Firefighters, police and the ambulance service were called to the motorway near Exeter, between junctions 29 to 28, shortly before 6.30pm, where three people were cut free from two vehicles.

Firefighters made the vehicles safe and used cutting equipment to release the casualties. 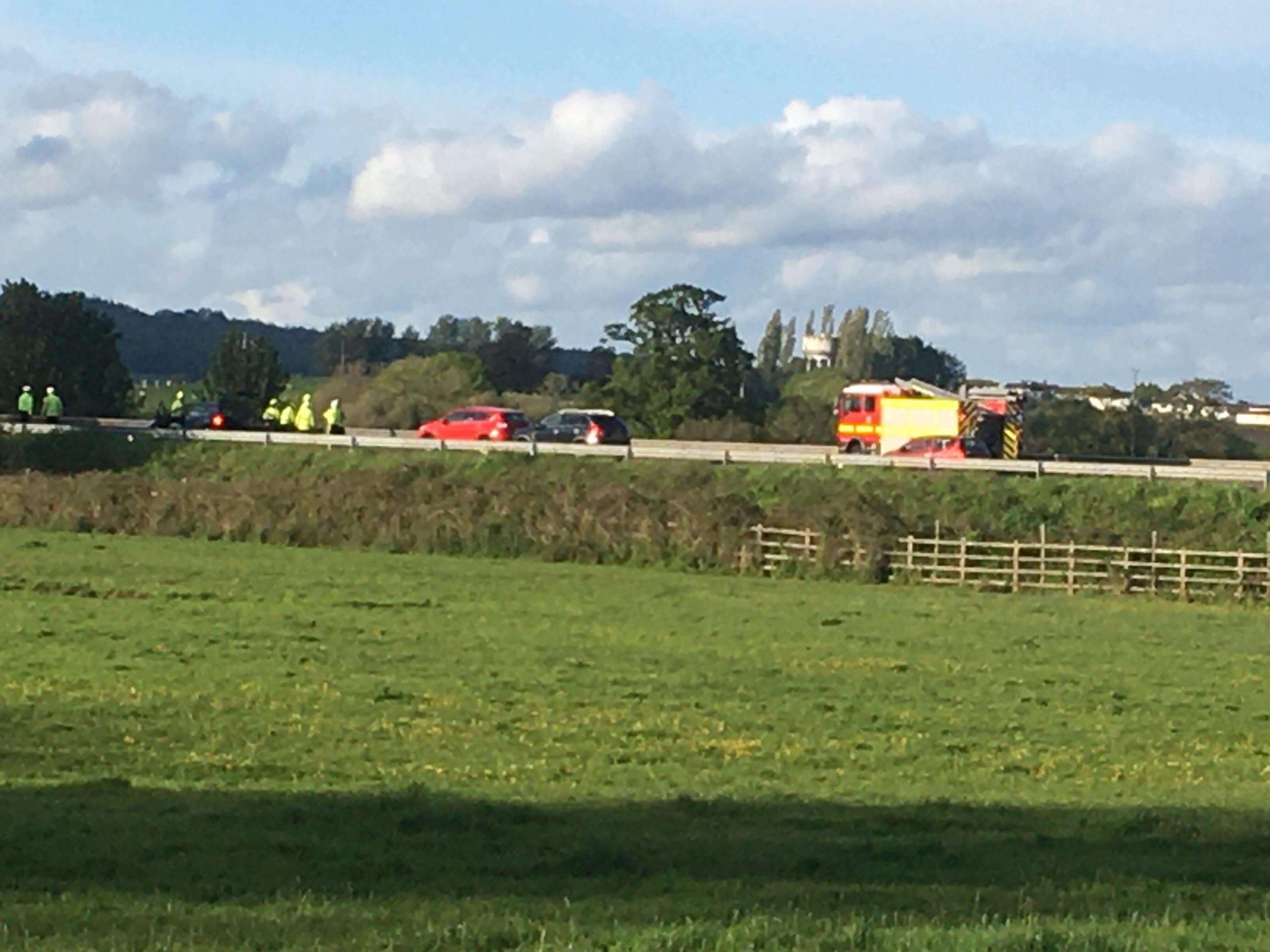 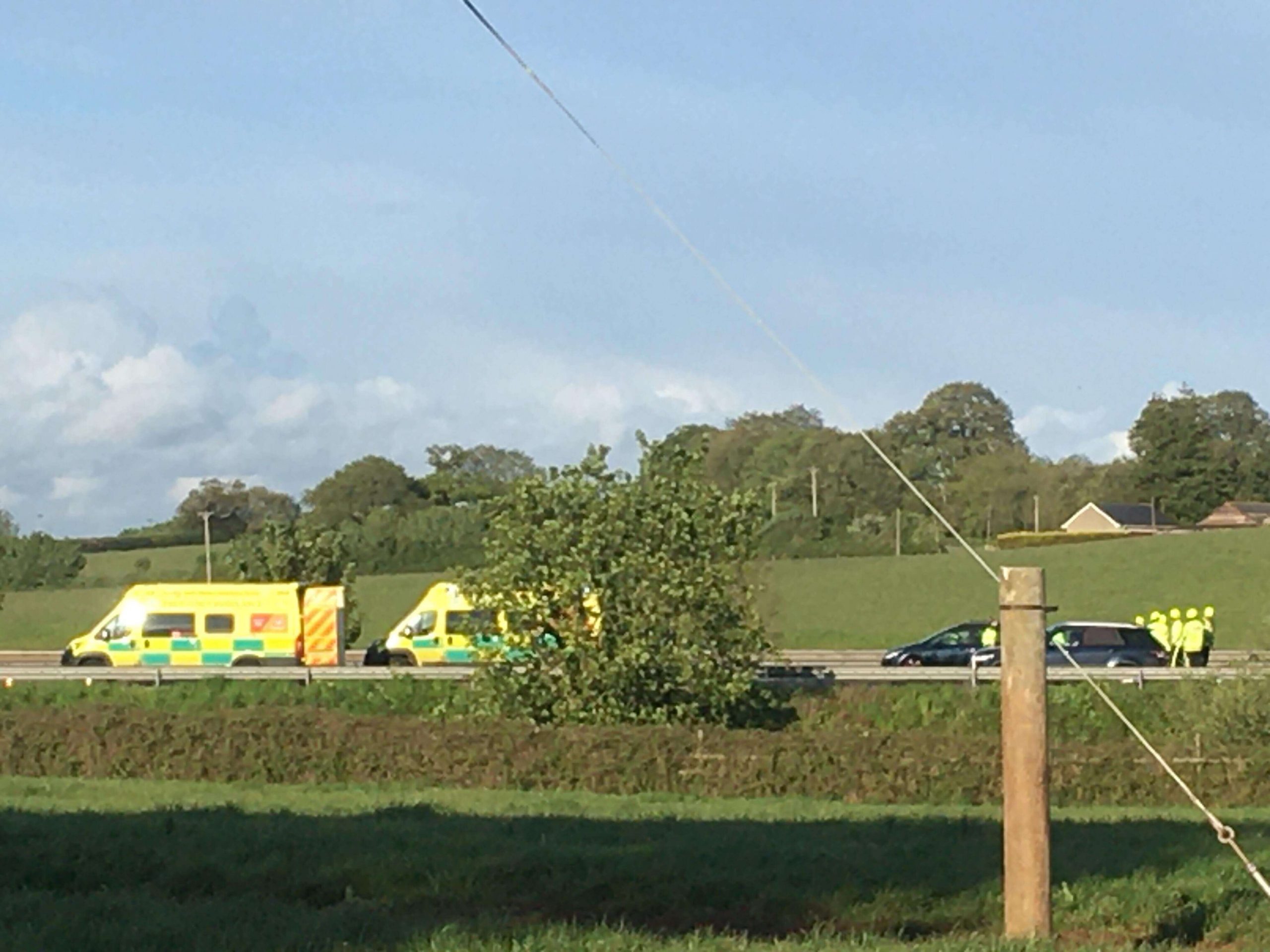 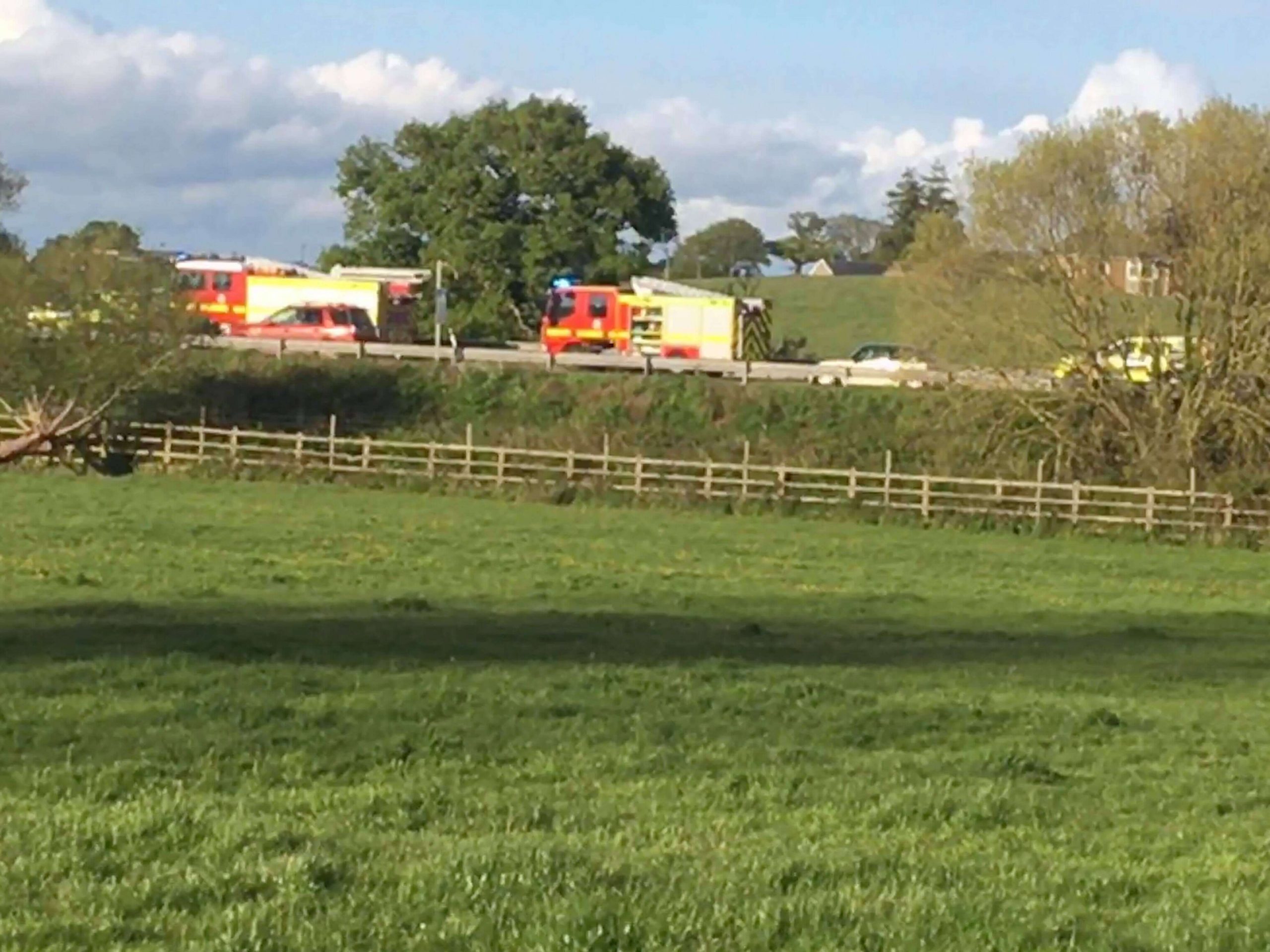 Traffic was slow-moving as the fast lane near the crash site was closed while the emergency services accessed the vehicles.

A Devon and Somerset Fire and Rescue Service spokesperson said: “Two fire engines from Middlemoor and one from Danes Castle were sent to a report of a road traffic collision on the M5.

“On arrival crews confirmed this collision was between two vehicles with three people still within the vehicles.

“Crews used hydraulic cutting equipment and small tools to release the casualties, who were then dealt with by ambulance crews on scene.

“Both vehicles were made safe. “ 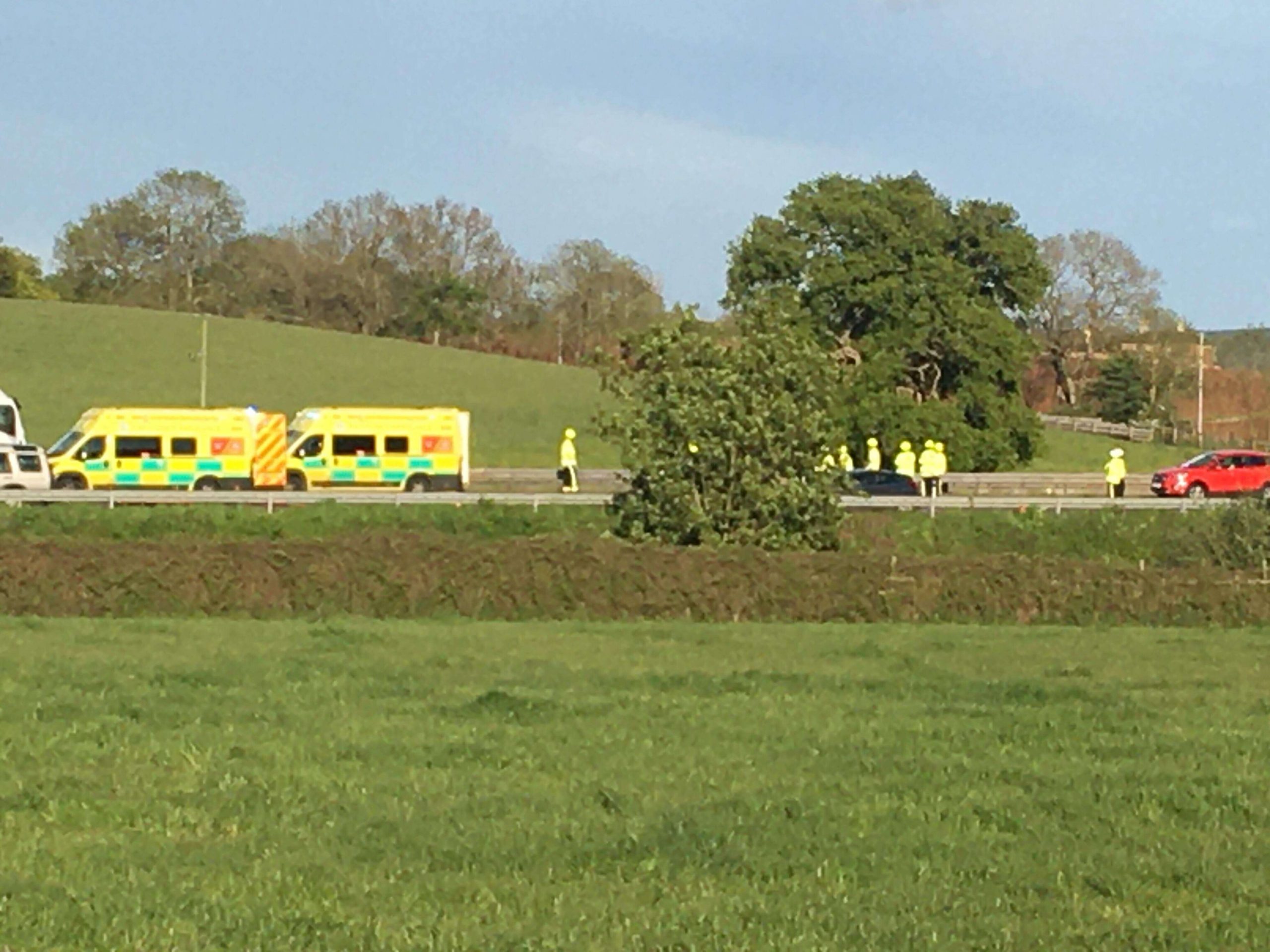 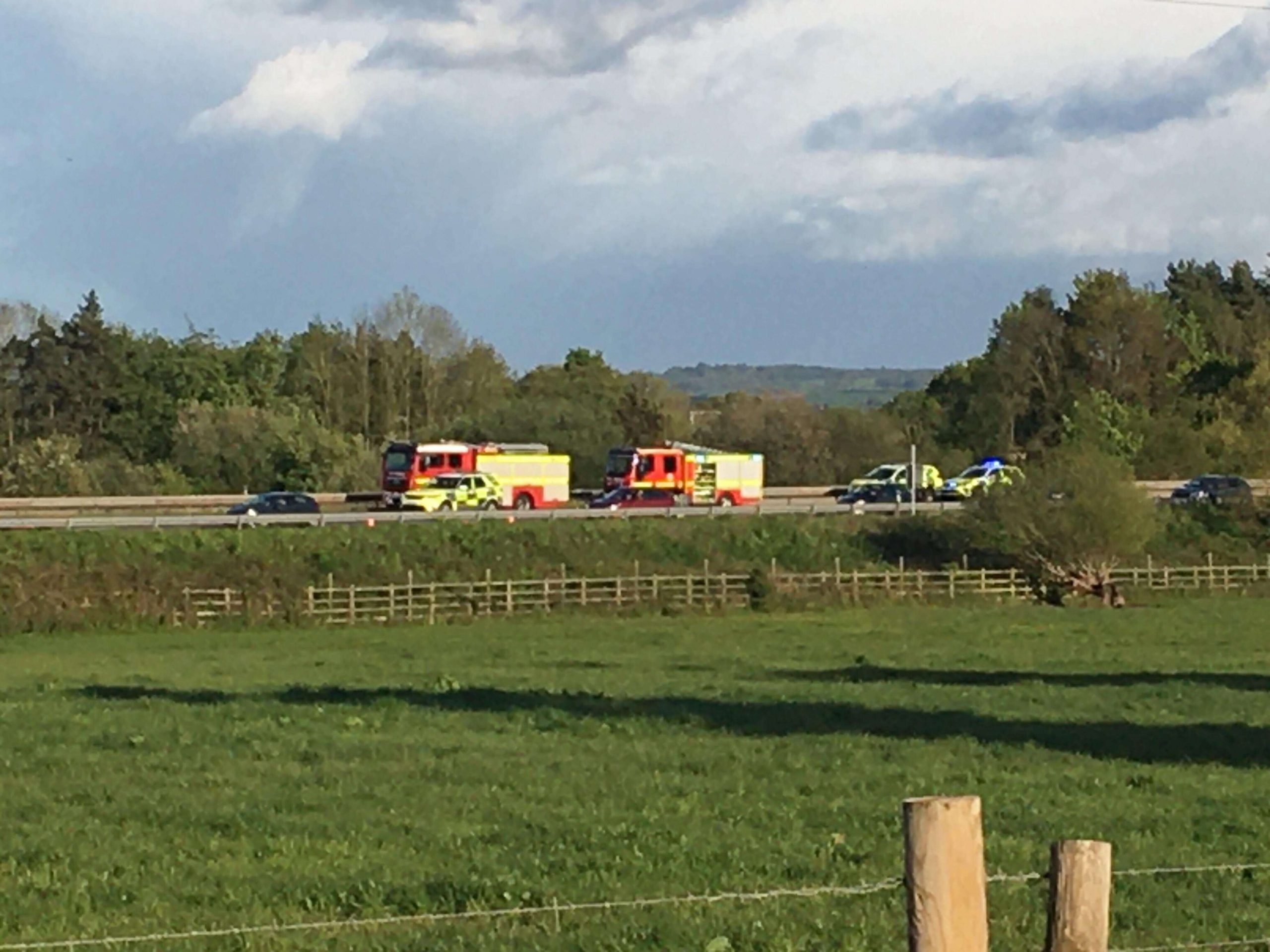 The emergency services were called after a two-vehicle crash.
Photos: East Devon News. 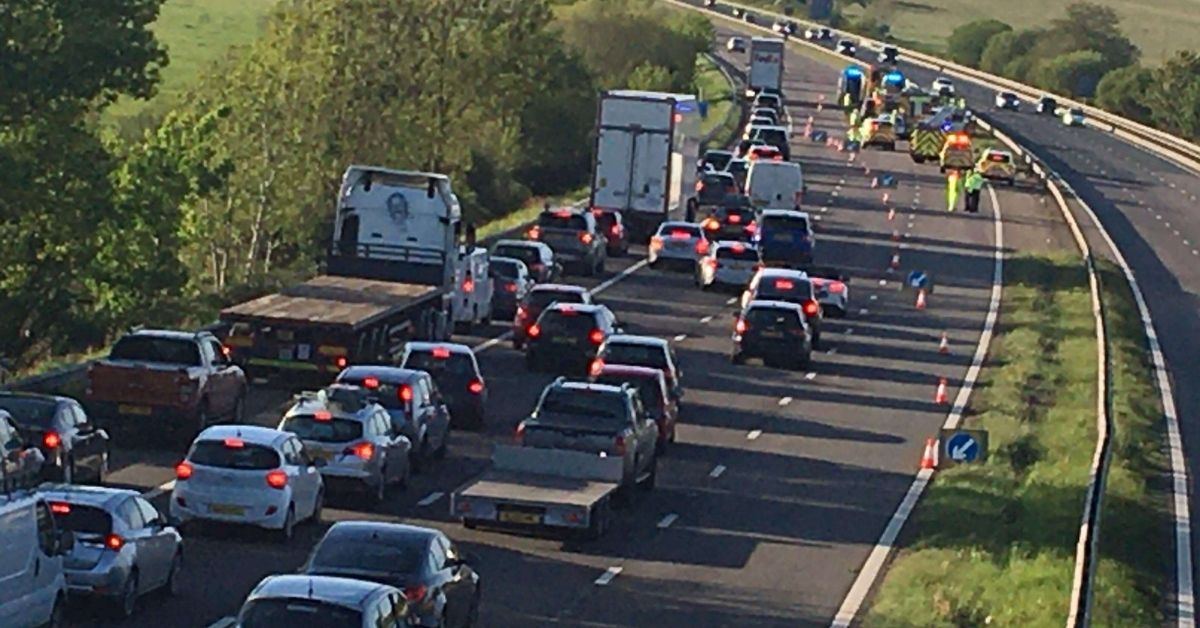 Traffic was tailed back while the vehicles were made safe.
Photo: East Devon News