An 11-year-old schoolboy from Exeter used the stairs in his family’s East Devon business to ‘climb’ the solar system’s tallest mountain, winning praise from NASA.

Jack Evans has raised more than £1,000 for Hospiscare through a JustGiving page, climbing the equivalent of Olympus Mons on Mars – the tallest mountain in the solar system.

He believes his climb could be record-breaking, with Jack being the youngest person to complete the solo ascent.

The youngster climbed the stairs at home in Exeter, and at the family bakery business in Woodbury Salterton, in East Devon, going up 9,500 times to complete the 25,000m summit.

Jack, whose efforts were hampered when he injured his ankle, carried on his challenge on Christmas Day in a bid to reach his goal.

His challenge was highlighted by staff at the European Space Agency and NASA, who wished the 11-year-old ‘good luck’ after hearing of his mission through social media.

Jack said: “My challenge has been really hard work but I know it’s for a good cause and I’m really happy that I’ve raised so much money.

“Next I’m going to sell plants for Hospiscare. I’m hoping I can raise a million pounds for them eventually.”

Jo, Jack’s mum, said: “Jack’s challenge has captivated people’s imaginations. He is doing something beyond the obvious – something that he is fascinated by – and people want to support this.

“I am very proud of what Jack has achieved, and more than that, his determination to keep going even when it was difficult.

“Jack has learned about the importance of helping others by doing this challenge.

“He knows he can make a real difference and this is something he will never forget.”

She added: “Jack is very interested in space and he knew that Olympus Mons on Mars is three times as high as Everest and so he decided it would be more of a challenge to climb the tallest mountain in the solar system.” 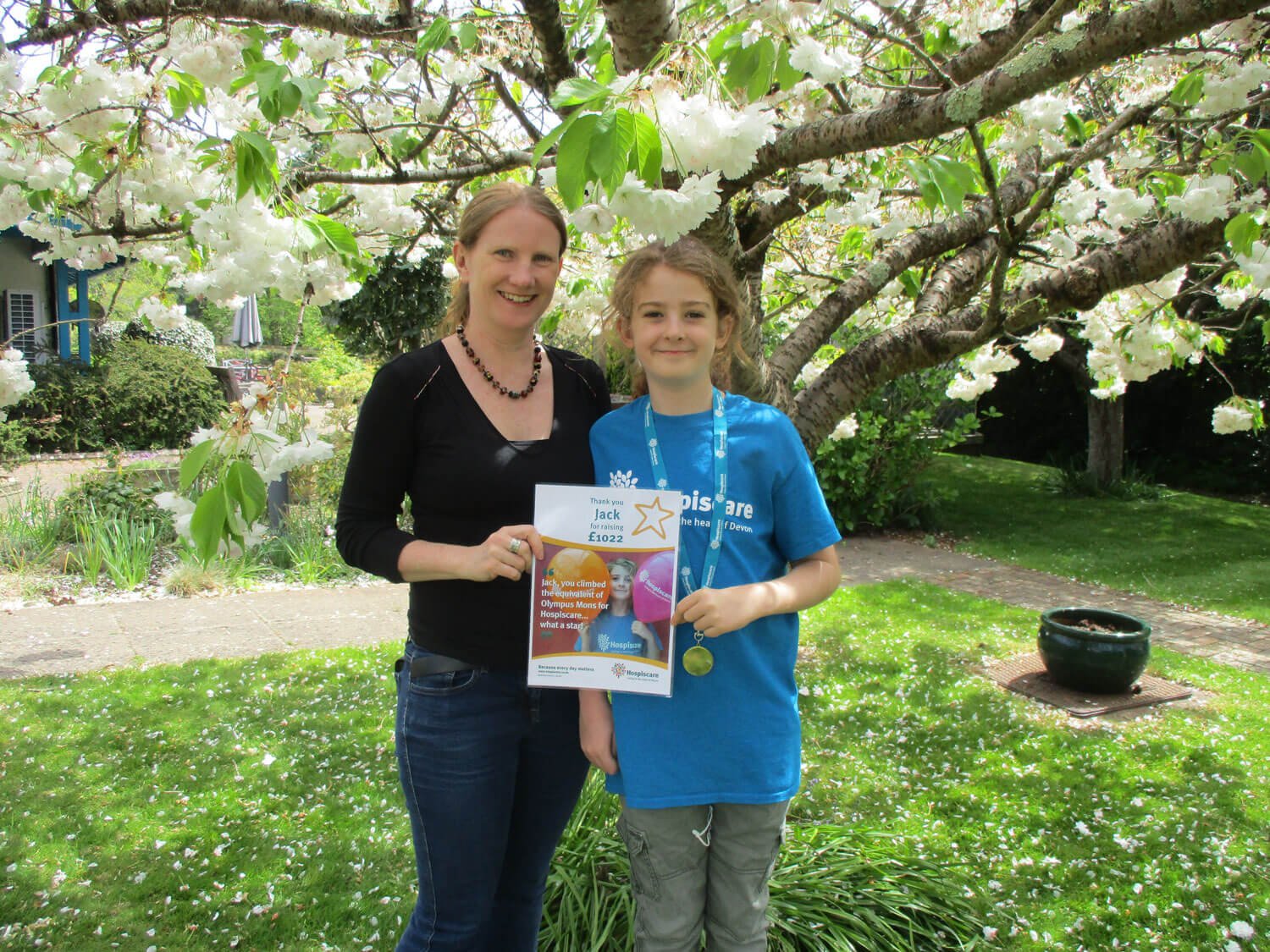 Jack with his mum, Jo.

Jack’s family joined him when he faced his final ten scales of the stairs, leaving him to complete his final climb alone.

“He has been determined from the outset to complete his climb and raise money to support us through this difficult time.

“He has more than doubled his fundraising target by raising over £1,000 and we are very proud to have such an inspirational young supporter.” 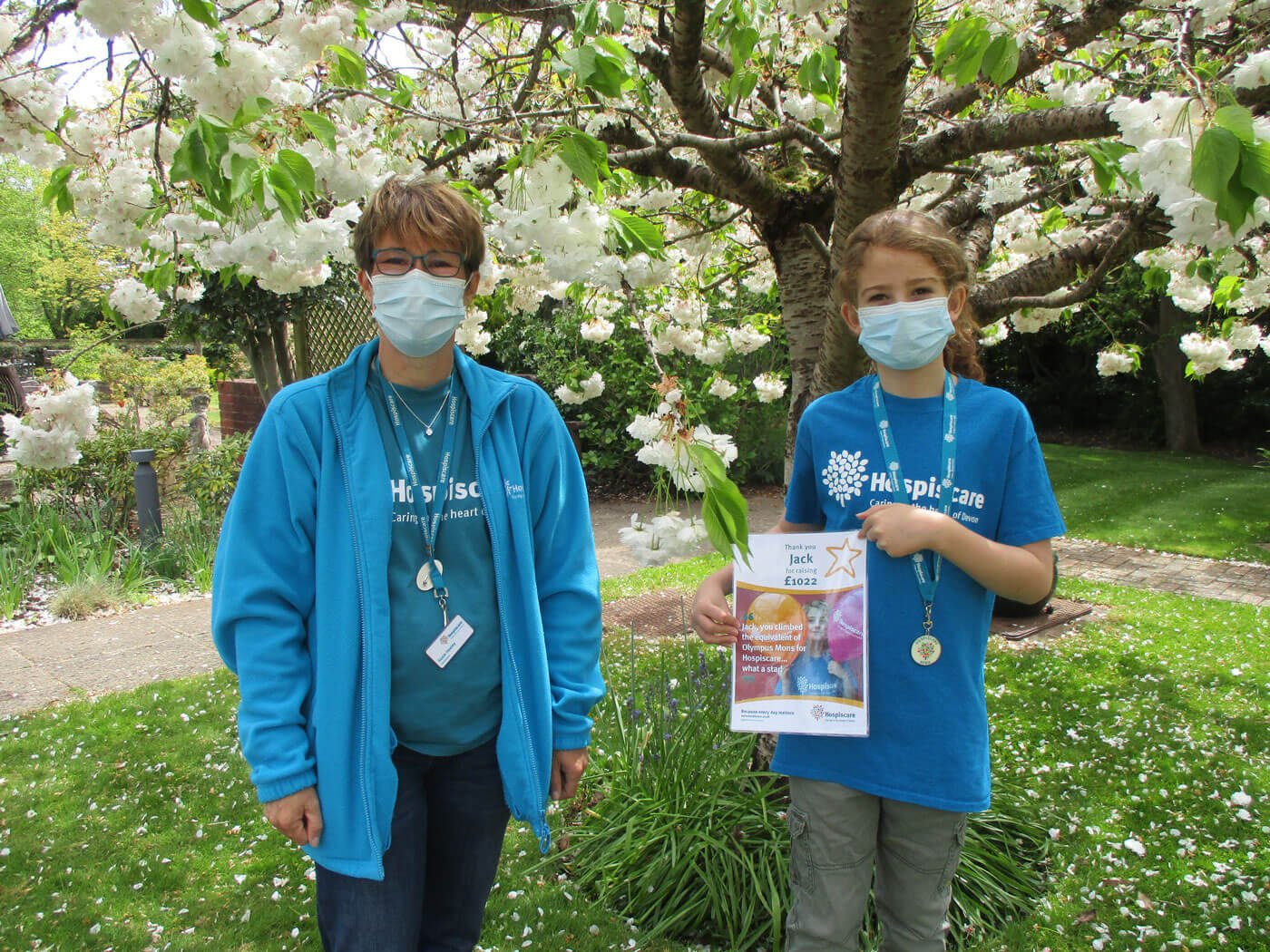 Jack is presented with a medal by Susie Healey, Hospiscare community fundraiser.

The youngster dreamed up his challenge during the Covid-19 lockdown, inspired by seeing stories of of other children climbing the equivalent of Mount Everest from home.

After starting smashing his original fundraising target of £100, Jack raised the stakes to £500 as the news of his challenge spread.

Now his challenge has raised more than £1,000 for Hospiscare.