These photographs show the extent of a blaze that tore through a joinery in Exeter in the early hours of Sunday morning (May 2).

Fire crews from across Devon tackled the blaze at Grace Road Central, Marsh Barton, after receiving a report that smoke was coming from the roof of a building used as a joinery workshop.

Crews tackling the blaze had to be decontaminated after low-hazard asbestos was identified at the property, the fire service said.

The building was completely destroyed by the blaze and an adjacent property was left with smoke and water damage.

The fire service said the cause of the blaze would be confirmed once an investigation had taken place.

A Danes Castle Fire Station spokesperson said: “Crews arrived in just over six minutes to find the building well alight, with vehicles and gas cylinders involved in fire within the property.

“Thankfully there were no casualties however the premises has sustained one hundred per cent damage.

“Crews successfully contained the fire to the one unit-building.

“Our thoughts go out to the business owners and staff affected by this incident.” 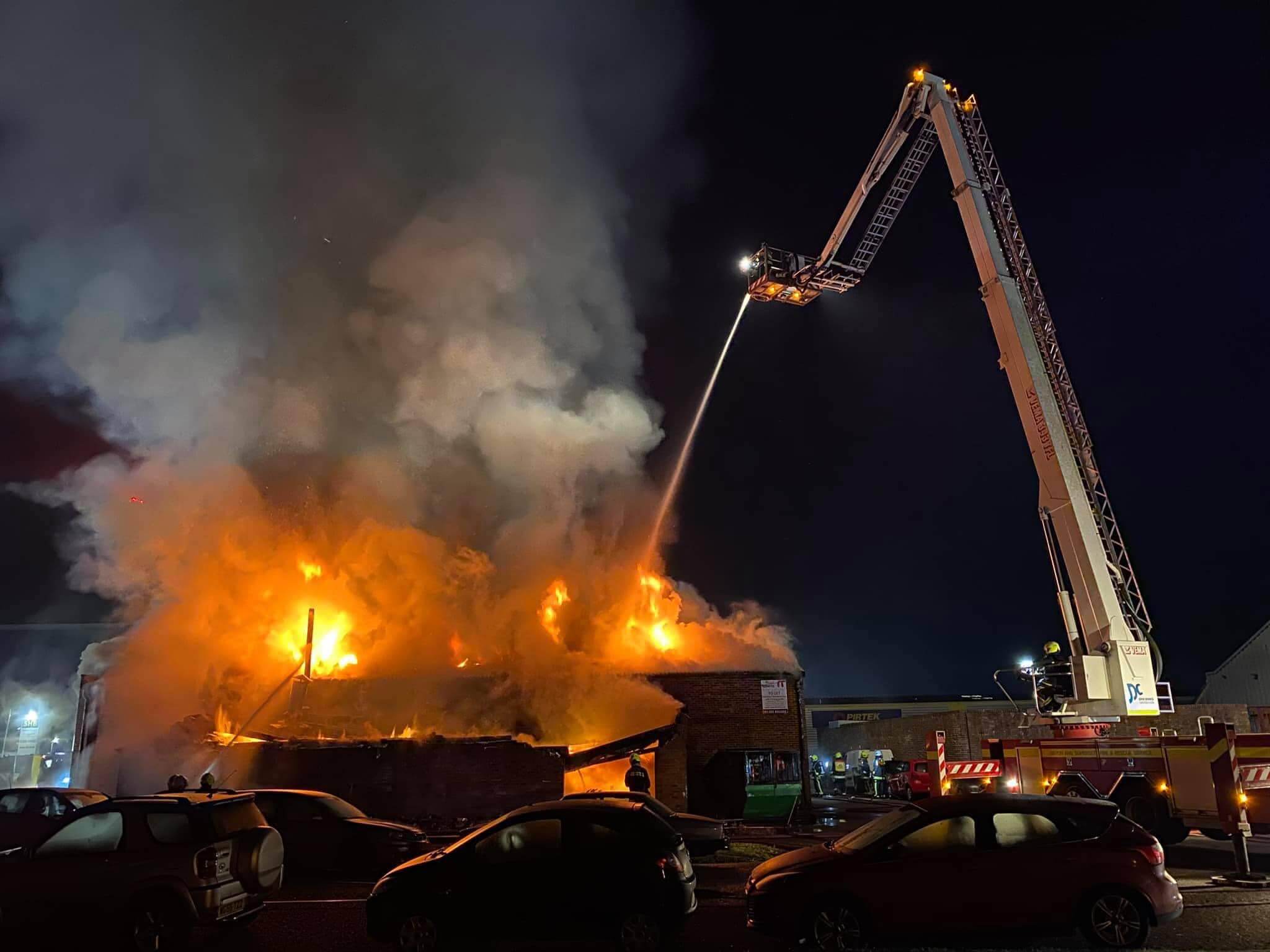 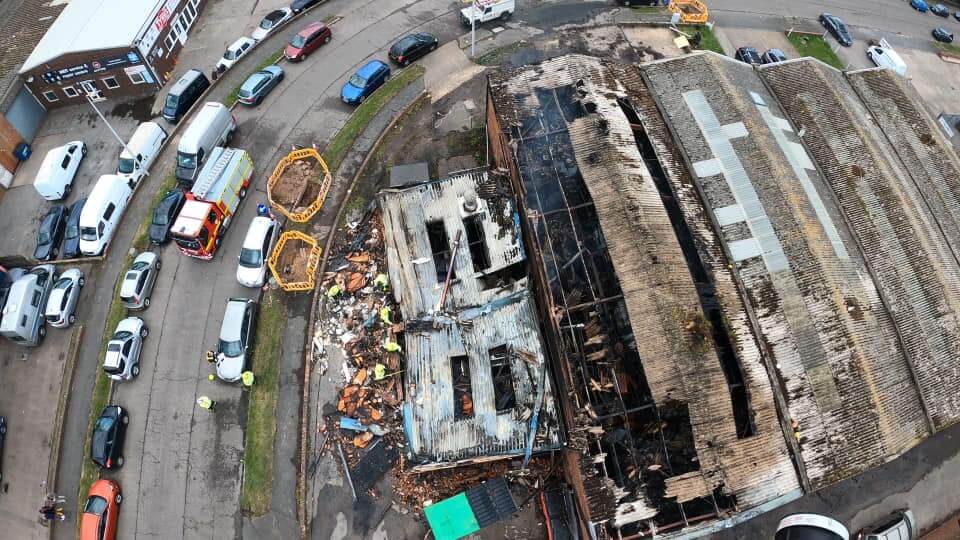 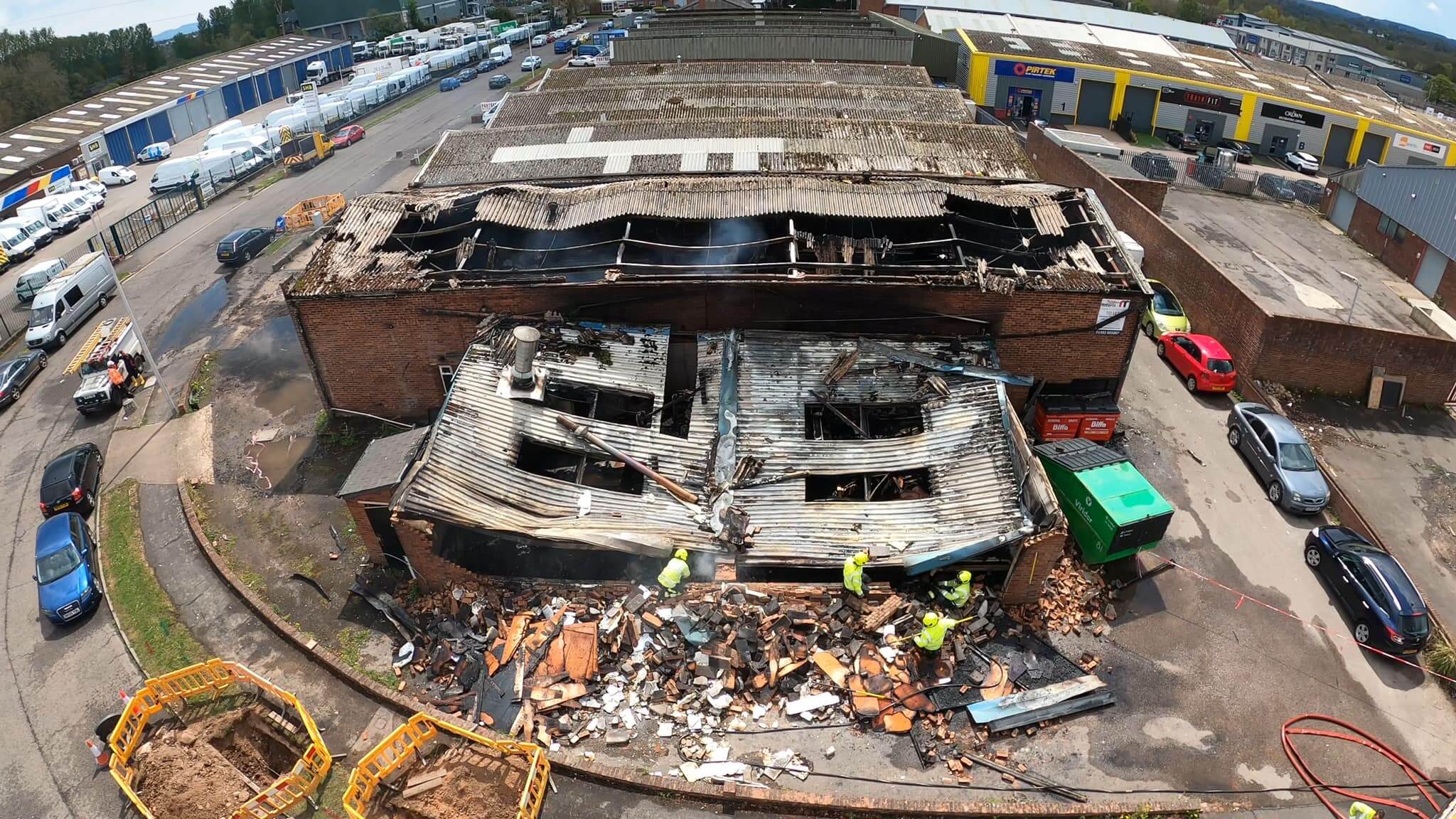 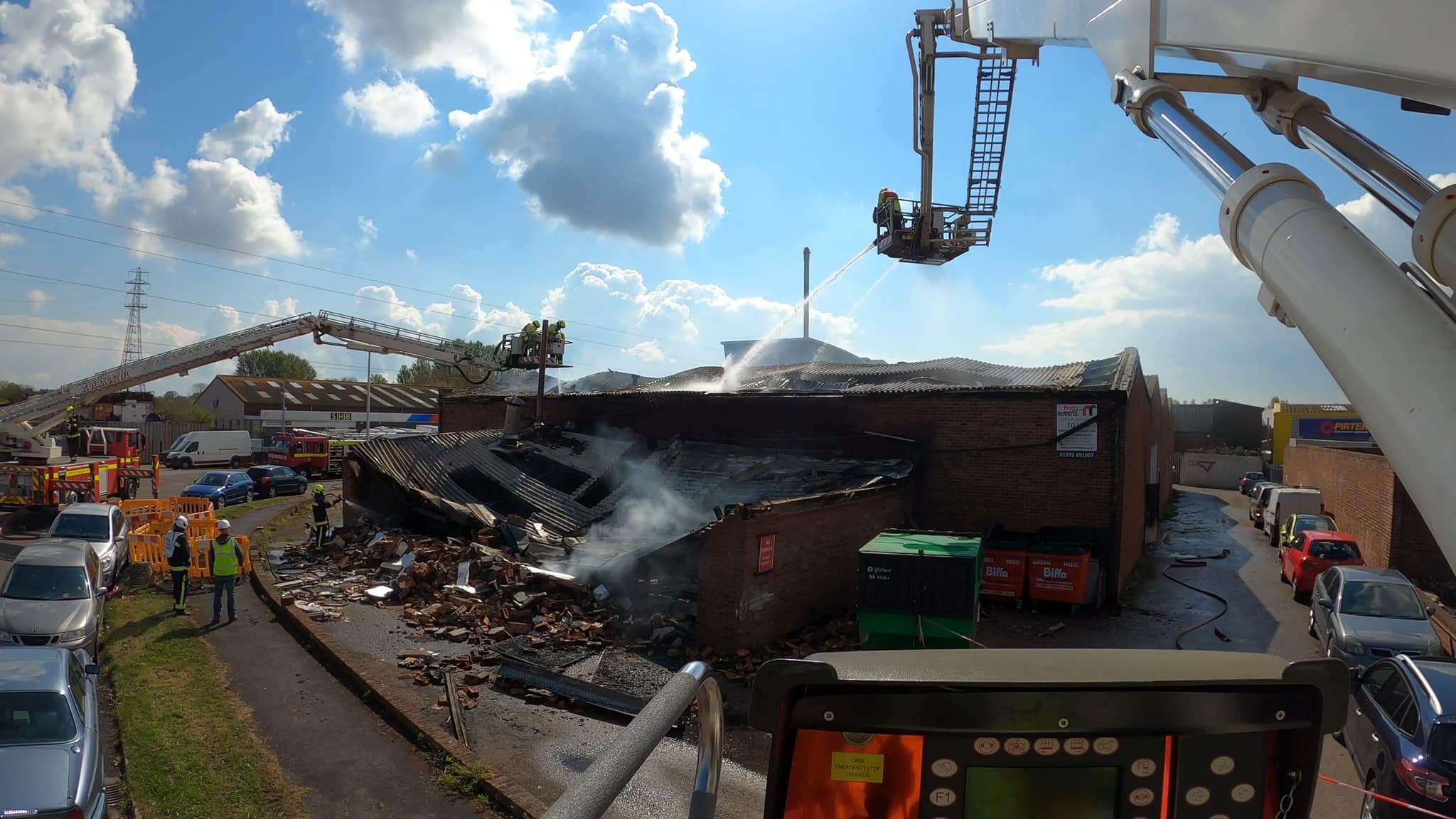 Devon and Somerset Fire and Rescue Service (DSFRS) spokesperson said: “Initially two fire engines and an aerial ladder platform from Danes Castle, a fire engine from Middlemoor and a supporting officer were mobilised to this incident.

“On arrival a further two fire engines were requested which proceeded again from Middlemoor and another from Topsham along with an incident command unit from Honiton and two more specialised officers.”

Firefighters responded to the blaze shortly after midnight where they found a joinery workshop measuring 15 metres by 30 metres on fire.

Shortly before 1.30am a fire engine from Crediton was mobilised and at around 2am a further two appliances and crews arrived from Ottery St Mary and Exmouth, plus specialist equipment.

After the blaze was extinguished, one fire engine remained on scene, with the crew dampening down hot spots.

The fire service said 90 per cent of the building was damaged by the blaze.

Some 10 per cent of the adjacent building was left with smoke and water damage.

The DSFRS spokesperson said: “Propane cylinders that were involved in the incident were removed and vented off.”

They added: “The cause of the fire is yet to be confirmed when the fire investigation is carried out.”