Tuesday, May 11
Trending
You are at:Home»News»East Devon»Backing for huge new Clyst Valley Regional Park in East Devon – that’ll be ‘half the size of Exeter’

East Devon councillors have backed plans for a huge new regional park in the Clyst Valley that will be ‘half the size of Exeter’.

It follows a public consultation which ran from November to January which attracted more than 240 responses.

Next steps include securing funding to take forward a variety of aims for the Clyst Valley Regional Park over the next 25 years, which include: 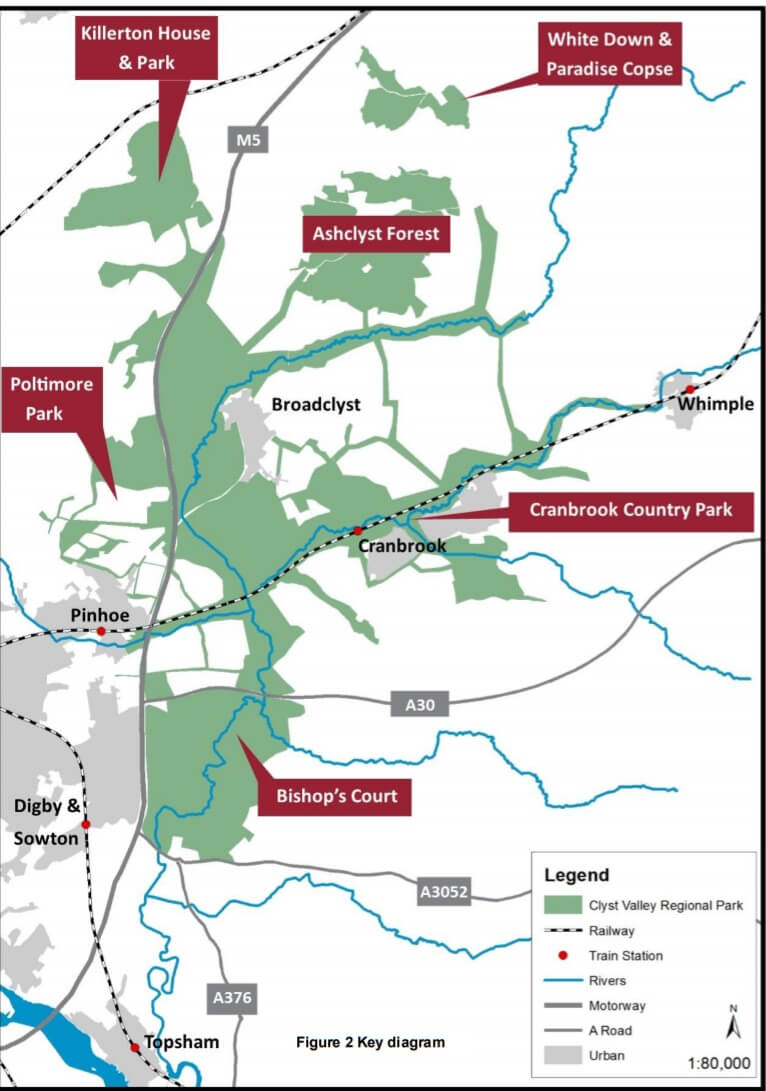 EDDC chief executive Mark Williams said: “I am delighted by the level of engagement with this consultation exercise.

“The publication of the masterplan for the Clyst Valley Regional Park is a significant milestone in terms of turning the concept in to reality.

“The council has declared a climate emergency and the delivery of the park goes to the heart of how we can start to reduce our carbon emissions – from increasing tree planting and canopy cover to bringing forward a major new cycling trail.

“The park will also bring other wider benefits including supporting the local economy and boosting biodiversity.

“I hope that it will be enjoyed by local residents for generations to come.”

Some 88 per cent of responses to the public consultation supported a proposed funding strategy.

Money to provide the park will come from developer contributions and grants from the Government, public bodies and charities such as the National Heritage Lottery Fund.

The idea of creating a charitable organisation was welcomed with more than half of responses indicating a willingness to pay up to £50 a year to become a ‘member’ so more green projects can be delivered.

Ninety per cent of responses agreed with the aims of the masterplan, which has been updated following strong calls for outdoor education.

Requests for the boundary to be extended will also form part of the process of producing a new Local Plan for East Devon.

Some 750 people have also signed up as ‘friends’ of the Clyst Valley to receive updates on the project.