Applause rang out on the seafront as the town showed its respect for Exmouth ‘lifeboat legend’ Tim Mock, who crossed the bar on April 10 after a short illness.

Retired coxswain Tim made his final journey along the seafront on Thursday (April 29), where crowds waited to pay their respects and wish him fair winds and following seas.

His funeral service was attended by family and close friends only, because of the coronavirus restrictions limiting numbers.

Tim’s family invited all who knew him to line Exmouth seafront to say their goodbyes to the man who had given more than 34 years to the RNLI, joining as a volunteer in April 1980 aged 21.

The funeral cortege passed by the RNLI Queen’s Drive boathouse, which Tim played a large part in getting built.

Serving and former RNLI volunteers stood in silent tribute to say goodbye to their past ‘fantastic’ leader, who they called ‘one of life’s great heroes’.

Motorbike outriders accompanied Tim on his final journey out of Exmouth, and the RNLI flag on the lifeboat station flew at half mast. 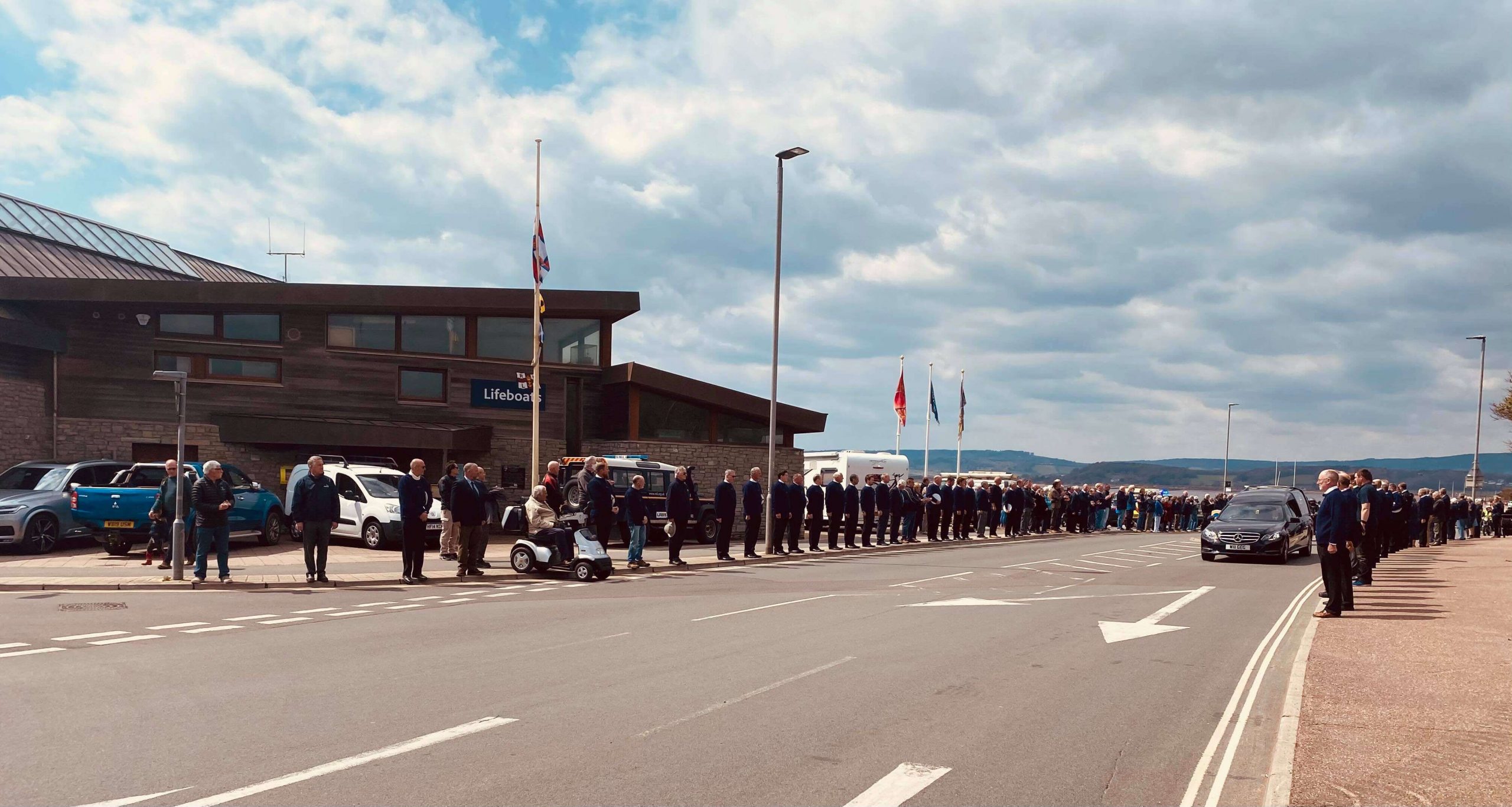 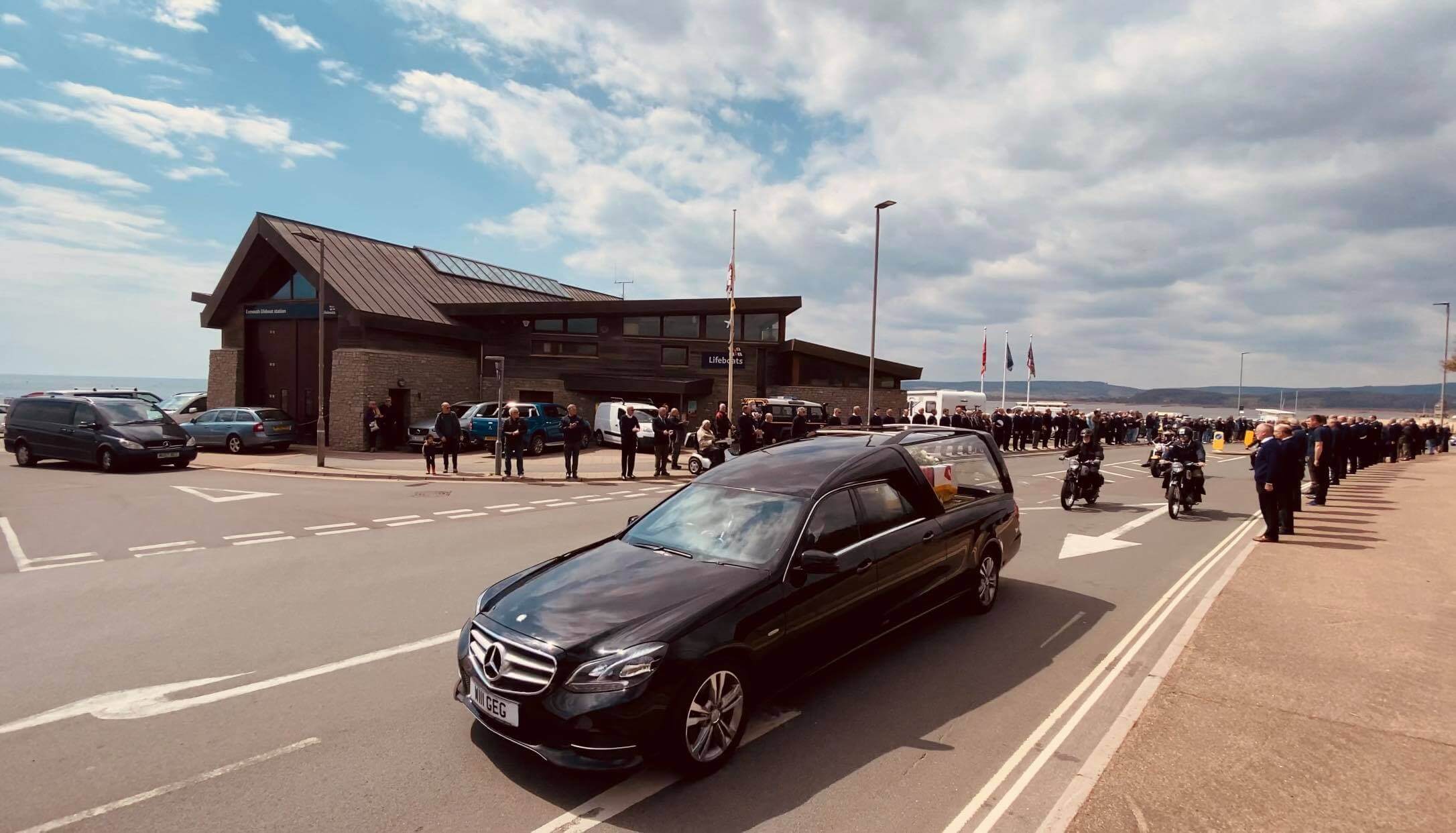 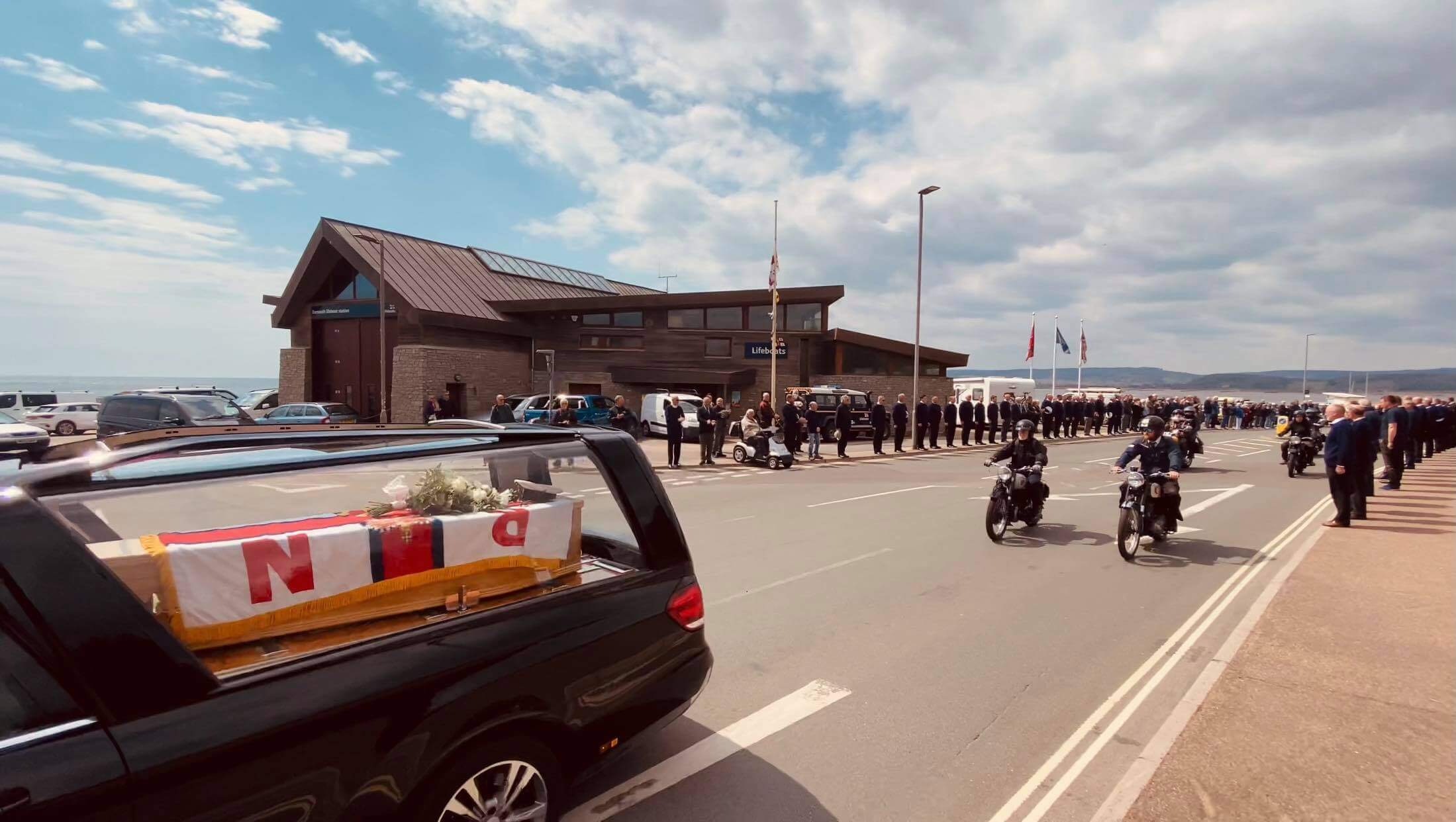 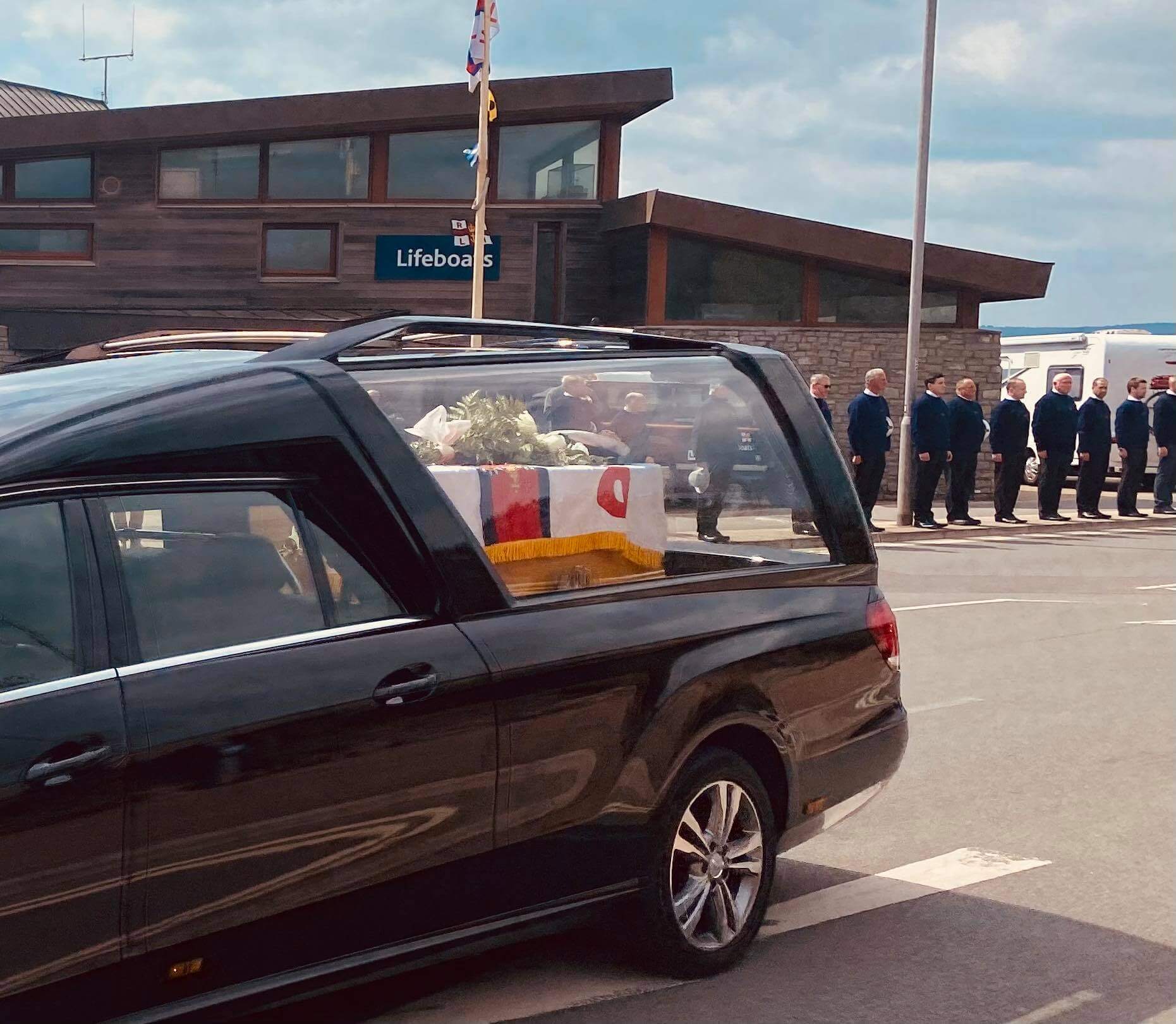 Tim Mock’s funeral cortege passed by the RNLI boathouse, where the flag was flown at half mast.
Photo: Darrell Trigs.

Roger Jackson, Deputy Coxswain, who stood outside the boathouse, said: “Tim will be deeply missed by so many people locally as well as around the coast of the UK.

“A true RNLI legend, he will always be part of Exmouth Lifeboat history.

“He was a true friend as well as a fantastic leader of lifeboat crews around the coast.

“I wouldn’t be where I am today without Tim’s wealth of knowledge and skill of training us so well.” 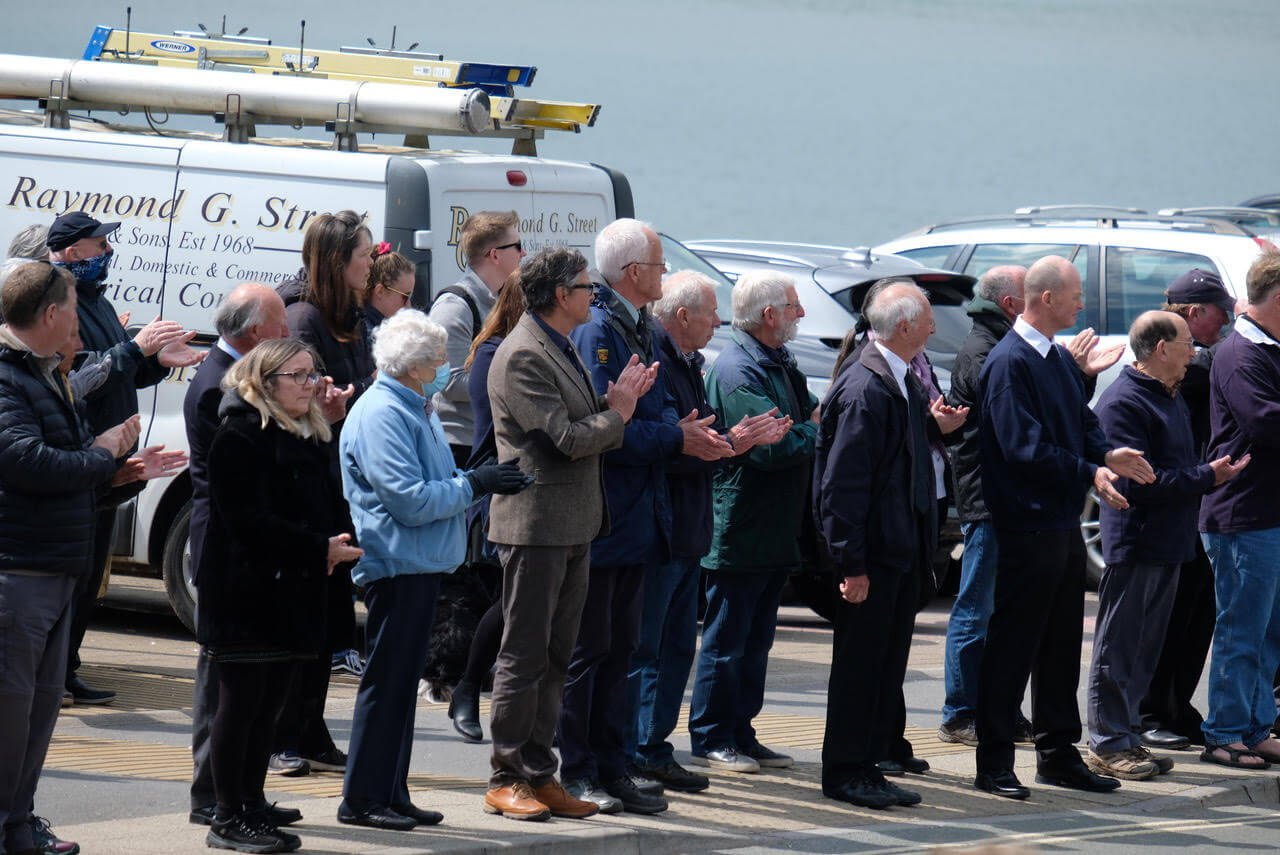 Applause rang out as the town turned out to say goodbye to Tim Mock.
Photo: David Bunton. 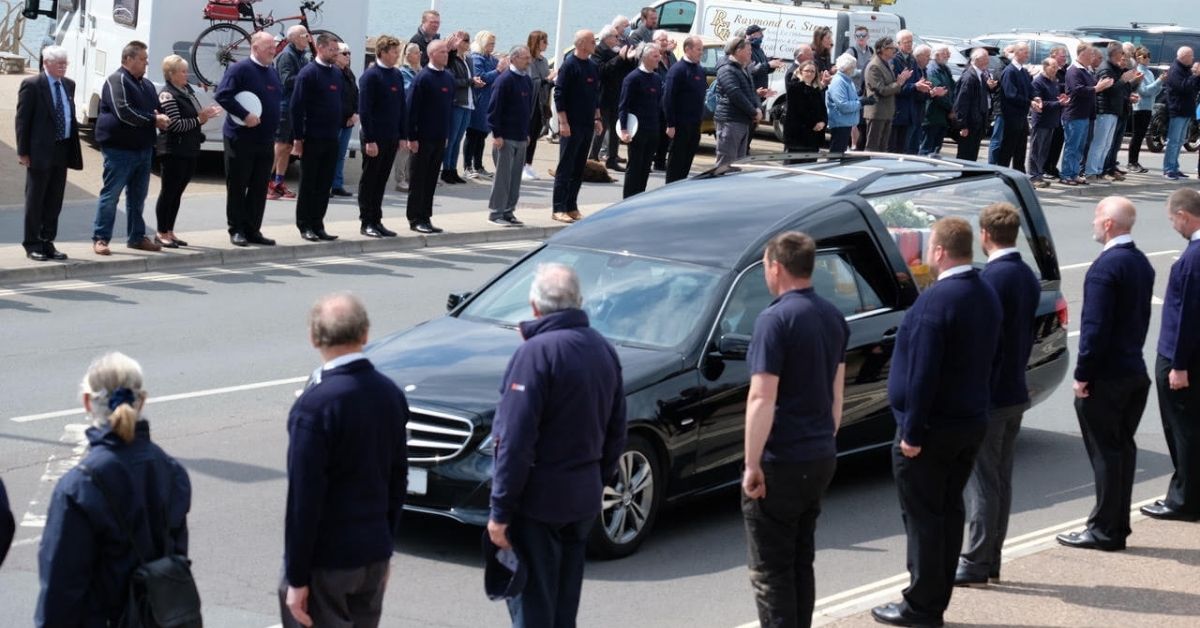 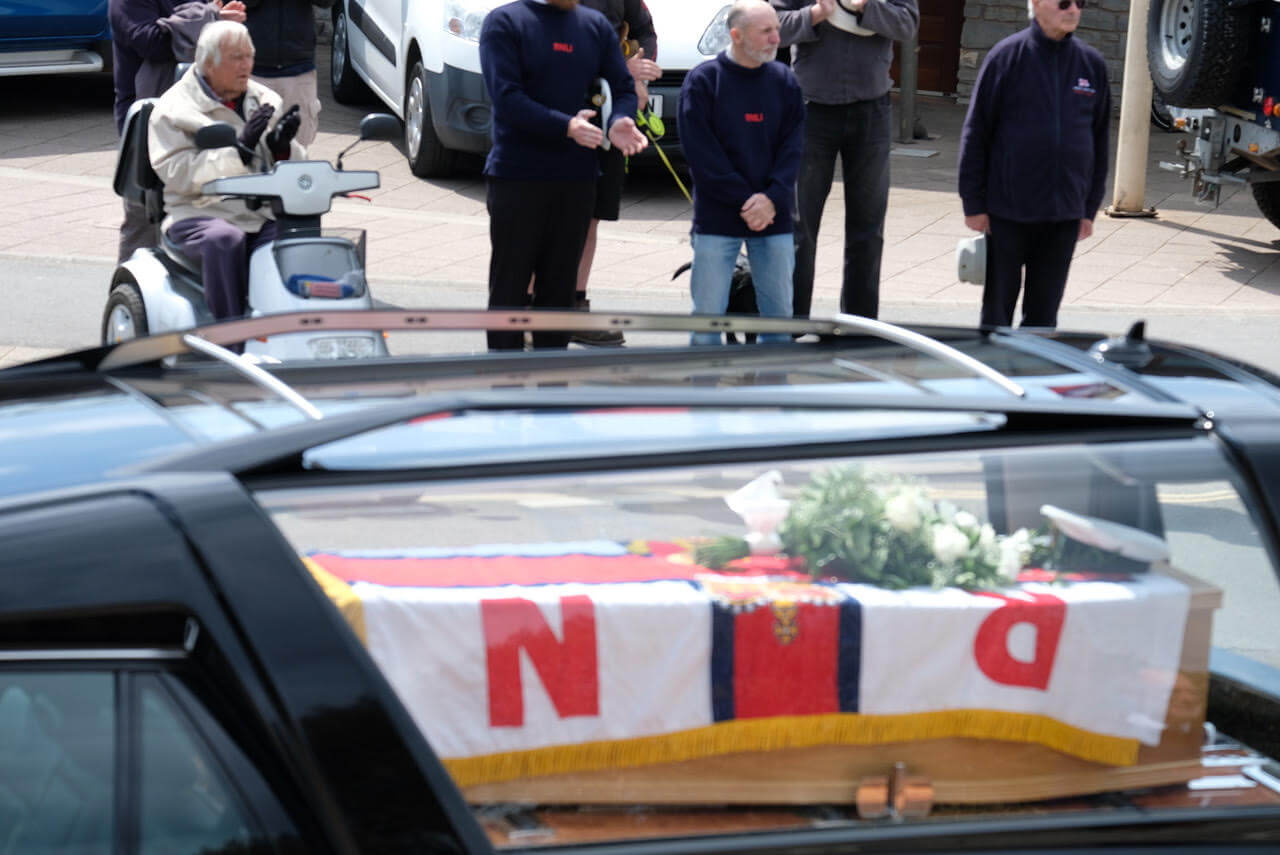 The retired coxswain’s coffin was draped in the RNLI flag.
Photo: David Bunton. 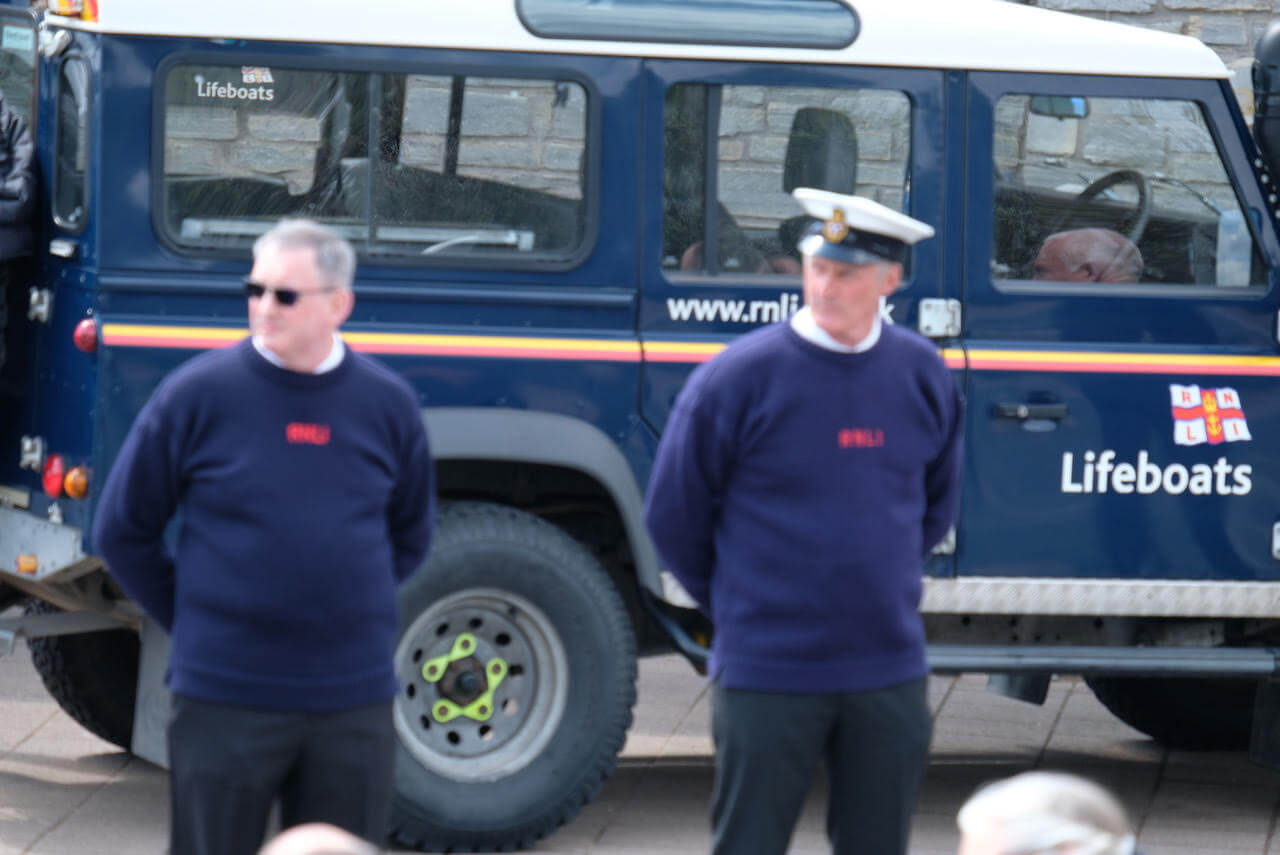 He became boats mechanic three years later, a post he ‘excelled’ at for 30 years, the RNLI said.

The RNLI said Tim saved ‘thousands of lives in the course of a quite incredible career of dedication, bravery, leadership and astute seamanship’.

Tim finally hung up his pager and yellow lifeboat wellies on Christmas Day 2013 to retire from the RNLI, leaving his post of coxswain-mechanic, a role he held since 1998.

Tim’s love for the RNLI and dedication to the sea safety service lives on in his son, Henry, who joined Exmouth RNLI as a crew volunteer in 2011 aged 17.

Tim, husband to Mel, introduced Henry to the RNLI from a young age. Their son was Christened on the Louis Marchesi lifeboat on May 12, 1995.

Exmouth: Family shares Tim Mock’s last letter of thanks and unseen story of his lifeboat life