A blaze which spread to nearby woodland in East Devon has prompted a call for care when lighting fires in dry conditions.

Fire crews from Axminster, Charmouth and Lyme Regis were on Saturday morning (April 24) called to Woodhouse Hill, Uplyme, where water was limited, to tackle a blaze that had spread from an incinerator.

The fire service said the cause of the blaze was accidental from an enclosed incinerator.

An Axminster Fire Station spokesperson said: “Our firefighters, along with Charmouth Fire Station were called to assist Lyme Regis Fire Station with a fire in the open that had spread to nearby woodlands where the water supply was limited.

“Fortunately, the quick intervention from all three crews managed to prevent this fire from escalating further.

“The cause of the fire was accidental spread from an enclosed incinerator.”

The spokesperson added: “Please be thoughtful of your surrounding areas if you decide to have a bonfire in these dry conditions.” 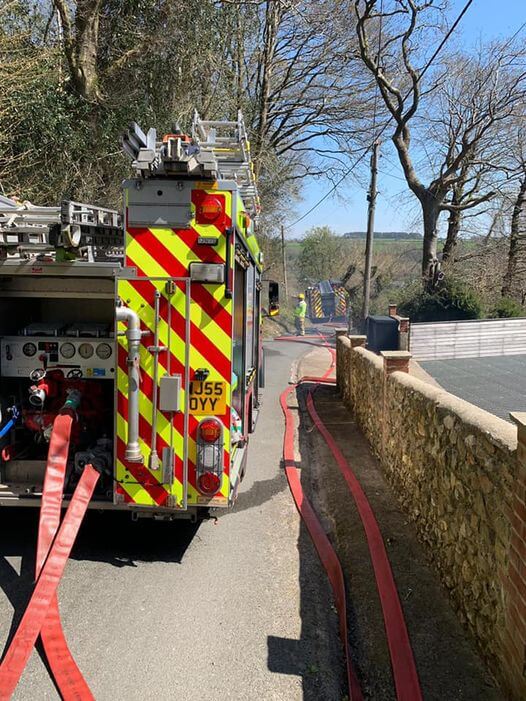