Monday, April 19
Trending
You are at:Home»News»East Devon»Seaton»Seaton: Lottery winners scooping £1million ‘shock’ prize vow to ‘give something back’ to charity that helped their family

‘Shocked’ EuroMillions winners from Seaton have pledged some of their £1million jackpot to a charity which helped the couple when their son was in hospital.

Neil Smart, aged 50, and his 51-year-old wife, Sue, could not sleep after learning they scooped £1million on a Friday night lottery draw earlier this month.

Dad-of-three Neil initially thought the message to say they had won £1million was a hoax.

The couple plan to splash the cash on their family – and help the Ronald McDonald House charity, a cause close to their heart.

The pair plan to make a donation to the Ronald McDonald House Charities – which has given Neil a place to stay close to a hospital in Birmingham to be near the couple’s youngest son, now aged nine, who was born with scoliosis and has other associated conditions.

Neil, who has treated himself to a new car with some of the welcome windfall, said: “They have given me somewhere to stay a couple of times when I have really needed help.

“I want to help them out and give something back.

“I can’t change the world with what I have but every little helps.” 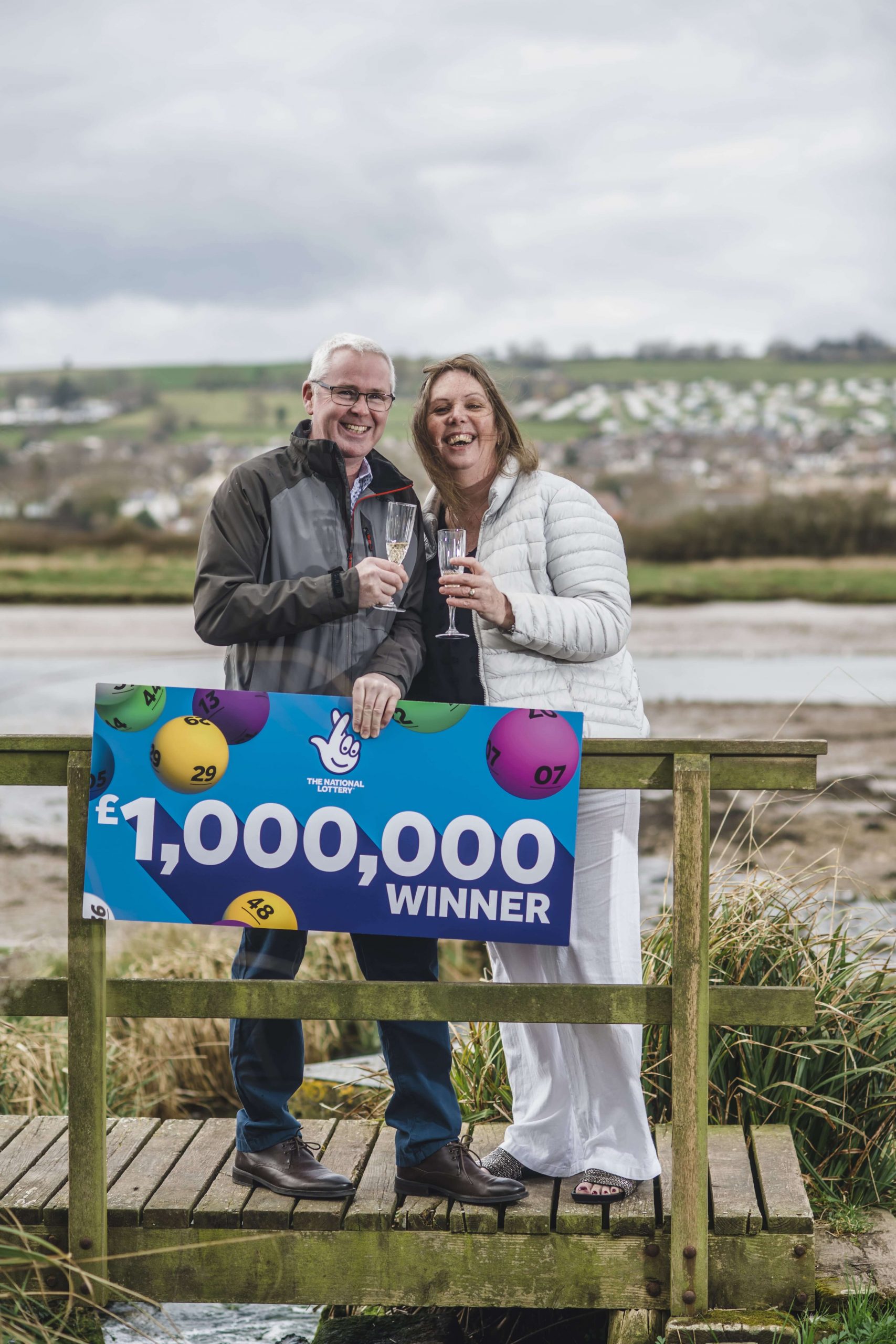 The couple plan to treat their family, buy a bigger home and donate to the Ronald McDonald House Charities.

Grandparents Neil and Sue plan to use some of their winnings to buy a house bigger than the current three-bedroom family home, and take their loved-ones away on a cruise.

“We’ve never struggled for money. We have always been careful. But this will make such a difference to the whole family,” said Neil.

He said the prize will help the couple care for their own parents in later life.

Neil said: “The win, and especially the new home, will make a difference to our whole family for years to come, and that is so important.”

The couple learned they had become millionaires two days after the Euro millions draw.

When Neil found he had been sent a National Lottery message when he checked the App, his first thought was it was a hoax.

A flurry of messages exchanged in the Smart family chat group – with their daughters, aged 18 and 22 –  ended with Sue joking they had ‘probably won a fiver’.

When Sue got home from work as a sales assistant, the couple checked the EuroMillions Millionaire Maker code but still refused to believe they could be in the money until it was officially confirmed.

The ‘shocked’ couple barely slept the night and ‘couldn’t wait’ to call the National Lottery line when it opened the following morning.

When Neil called Camelot the next day, it was confirmed he was a millionaire.

Neil, who went back to work at a builders’ merchant the day after after learning of the win, said: “I don’t check religiously and only got around to it on Sunday night.

“Sue had gone to work and the kids were upstairs, so I thought I’d check to see if I needed to put on a line for next week. When I logged in, I immediately saw a message which said, ‘Congratulations you’ve won £1M’.

“I thought it was a scam and called my daughter to read it.

“We both thought it couldn’t be real, even though it was clearly on the National Lottery app and wasn’t just some random email.

“She posted on our family group chat that ‘dad had won the lottery’ and Sue came back saying it was ‘probably just a fiver’.”

Sue, who has given up work since the win to spend more time with her two-year-old grandson, said: “I finished work and got my phone from my locker and realised the girls were doing a group chat ‘dad thinks he’s won the lottery’. I message to say ‘a fiver again is it?’. They said ‘oh no he thinks it’s more’.

“Normally when I get home from work Neil’s in bed so I thought it was a bit strange when I got in that he was actually sat up waiting for me to get in.

“Basically, we were a bit a bit shocked. I don’t think we slept all night.”.

Neil, who woke early to go to work at a builders’ merchant, immediately called his wife after Camelot confirmed the good news – then returned to work.

He said: “I wasn’t going to stay in bed and leave them in the lurch. What if I was wrong about the win?”

Once the cash was banked the pair celebrated with champagne.