Friday, September 17
Trending
You are at:Home»News»Exmouth»Developer’s ‘no nightclub’ vow as new Michael Caines Exmouth seafront bar and eatery asks to stay open until 2.30am

Michael Caines’ new bar and eatery on Exmouth seafront ‘won’t be a nightclub’, say developers, following concerns over an application for it to stay open until 2.30am.

The chef’s latest venture – Mickeys Beach Bar and Restaurant -is part of the Sideshore development on Queen’s Drive.

It will boast a casual bar on its ground-floor and a ‘destination’ eatery above.

These attractions will sit alongside a Café Patisserie Glacerie serving artisan pastries and ice-creams.

A licensing application has been submitted by Maer Beach Ltd to East Devon District Council (EDDC) for the premises to be allowed to open from 7am to 2.30am.

It also asks for alcohol to be sold and consumed on the premises between 11am and 2am, live music to be played between noon and 11pm, and recorded music between 7am and 2am.

There is also a request for light refreshments to be sold between 11pm and 1am.

All the permissions sought would apply Monday – Sunday. 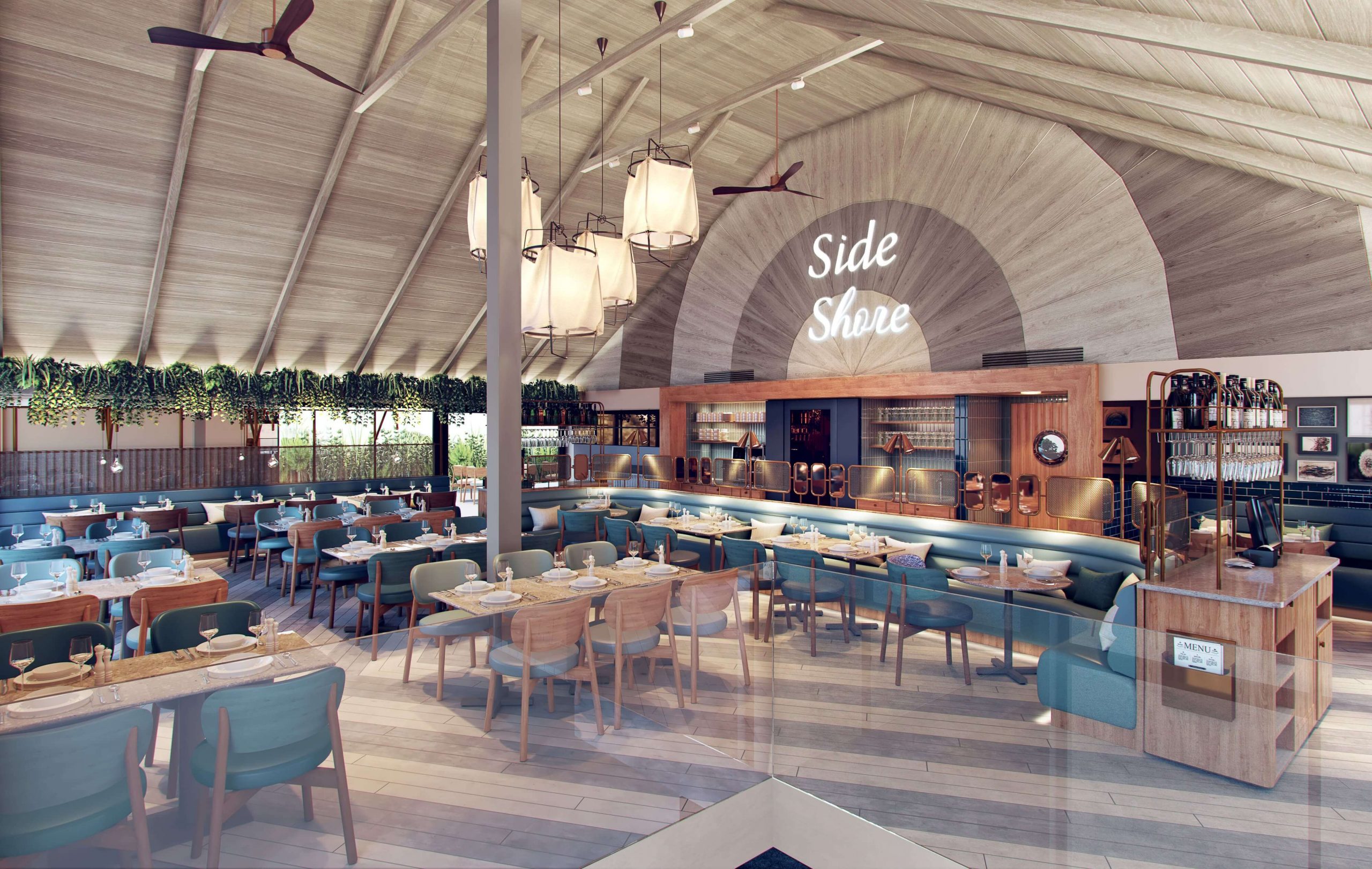 A CGI artist’s impression of Mickeys Beach Bar and Restaurant which is due to open in Exmouth in March 2021. Image courtesy of Michael Caines / Design Command 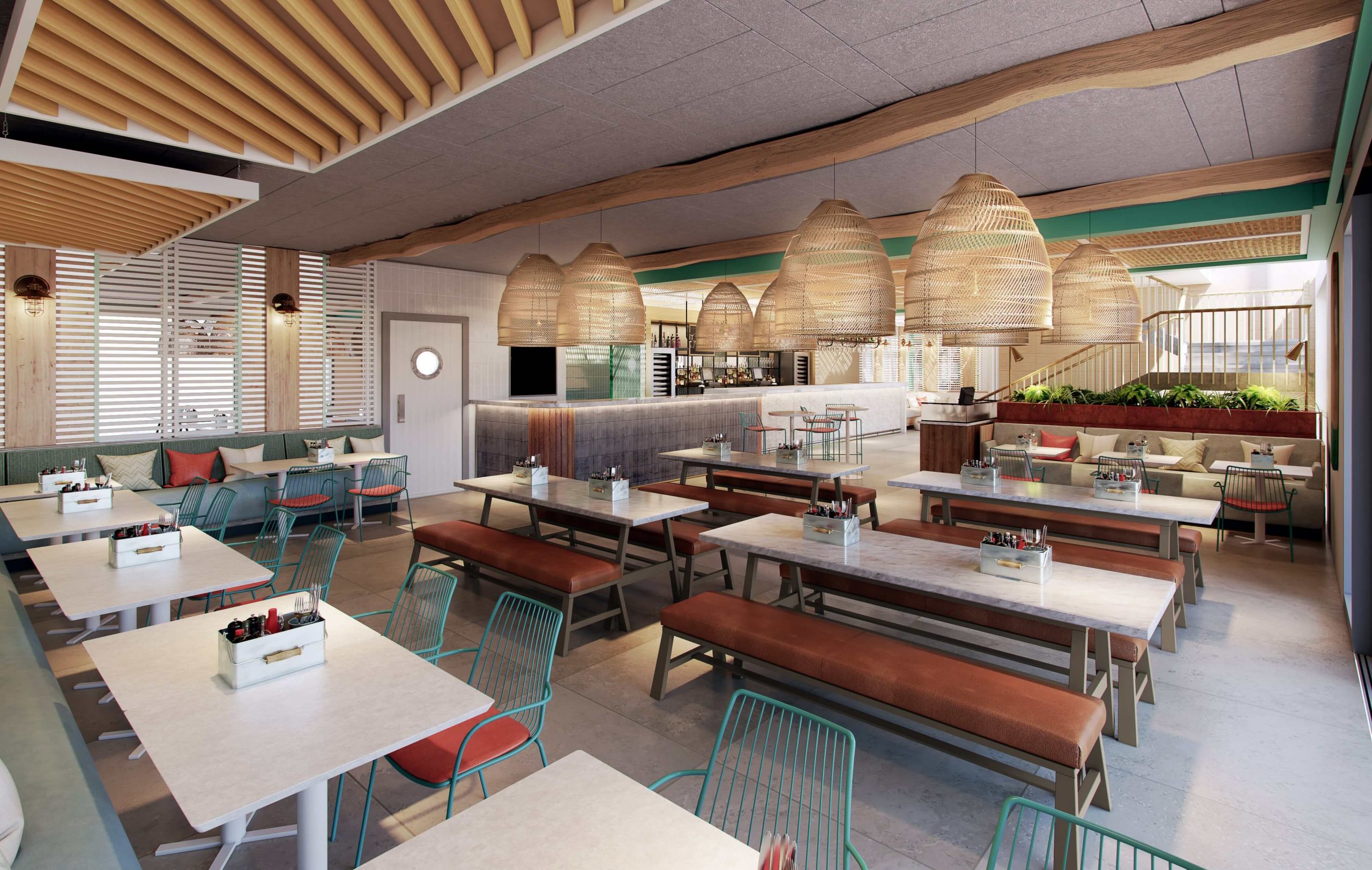 A CGI artist’s impression of Mickeys Beach Bar and Restaurant which is due to open in Exmouth in March 2021. Image courtesy of Michael Caines / Design Command

The deadline for comments on the application was Monday, March 22.

Sideshore developer Grenadier has reassured residents over the use of the premises.

A spokesman said: “I can confirm that this will not be a nightclub, it will be a restaurant and bar as outlined in past communications.

“Michael and his team are working closely with local authorities, including East Devon District Council, the police force and fire brigade, to ensure they align with any noise limitations.”

Unveiling his vision for the site in November last year, Mr Caines said: “Mickeys will be a place to celebrate, to unwind, to pop-in for a takeaway or stay late into the night, underpinned by warm hospitality and excellent food.

“It is a space for the local community and beyond, above all it’s a place of fun.”

The first-floor restaurant will feature booth seating and an outdoor terrace with retractable glass canopy.

Resident weekend DJs and cocktails will be an attraction at the bar below, with a rough-stone ‘statement’ space also offering family- and dog-friendly areas and food to eat in or take away.

Next to Mickeys Beach Bar and Restaurant will be Mr Caines’ and Sylvain Peltier’s first Café Patisserie Glacerie franchise.