An Exmouth chemist owner has been recognised nationally for her work developing a service so pharmacists can spot early signs of cancer.

Dr Jackie Lewis, who with her husband owns and runs Lewis Pharmacy in Exeter Road, Exmouth, was last month named winner of the Innovation category in the Independent Pharmacy Awards.

The service, called Not Normal for You, was judged a success by 10 East Devon pharmacies.

Dr Lewis hopes someone will take on and further develop her idea, rolling it out nationally.

The results were presented at a joint conference of the American Society of Clinical Oncology and the British Oncology Pharmacy Association.

Dr Lewis, who worked in the hospital sector and academia before setting up business in Exmouth, said: “Cancer diagnoses are being potentially missed during the pandemic. I’m seeing patients who clearly should be seeing their GP.

“I would really like someone to take this project and run with it.

“We’ve kept it off patent and not retained intellectual property rights so that someone could take it up if they wanted to.

She added: “The work I’ve been doing on the cancer e-learning has got me through the pandemic as well. It’s been something different to focus on.” 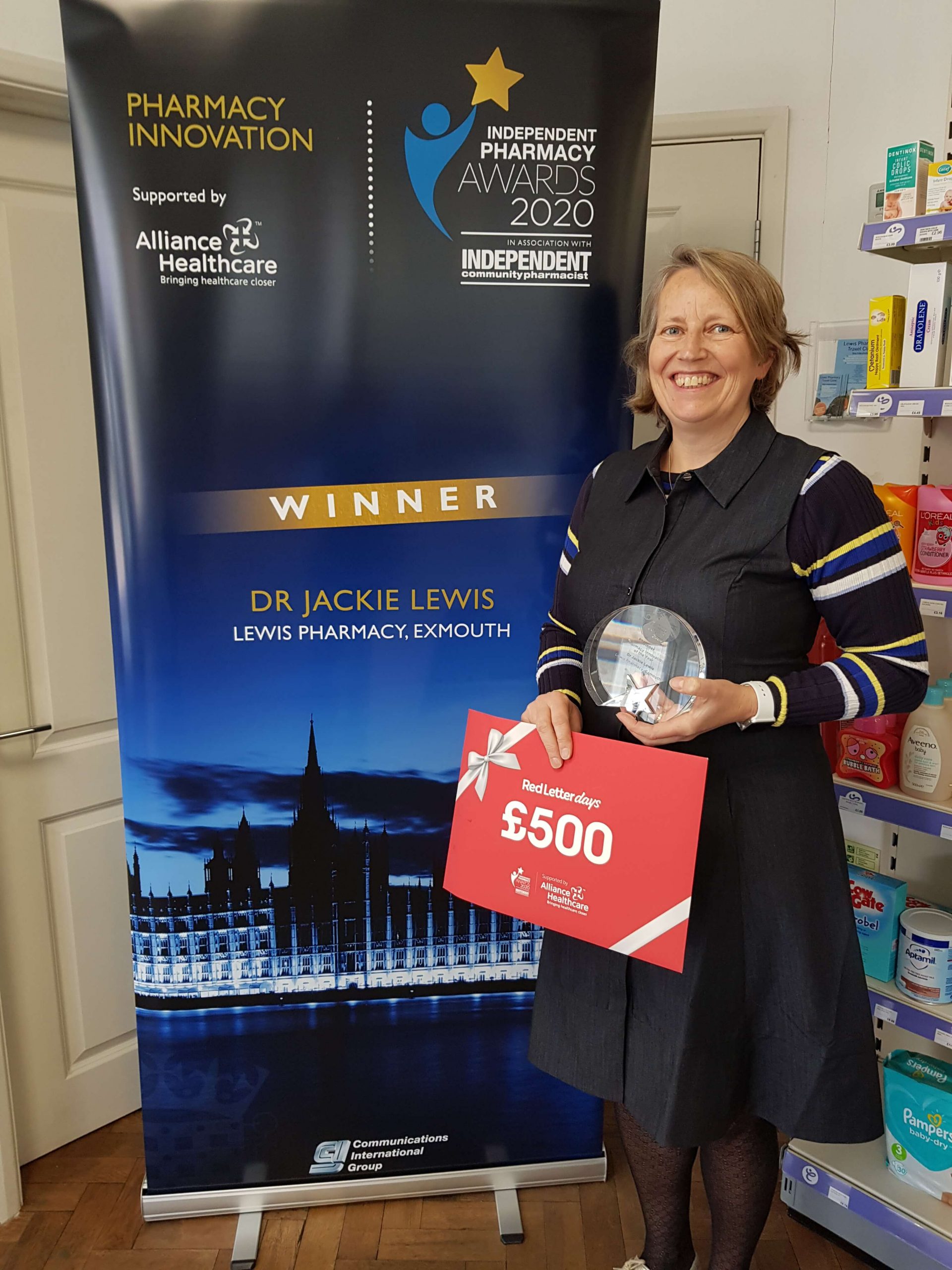 The service, called Not Normal for You, was judged a success by 10 East Devon pharmacies.

She was awarded grants from the Health Education Foundation and the National Pharmacy Association for her project.

Dr Bruce Warner, deputy chief pharmaceutical officer for England, said he was ‘staggered’ by the quality of the work that people like Dr Lewis were doing, and their dedication to patient wellbeing.

The awards, run annually by Independent Community Pharmacist magazine, celebrate the achievements of community pharmacies and their teams across Great Britain and Northern Ireland.

The awards, traditionally presented at the House of Commons, were this year held virtually because of the Covid-19 pandemic.