These red squirrels at Wildwood Escot in East Devon have gone nuts for the first signs of spring.

Twiglet and Blossom are among five of the curious, cute critters with a super sense of smell who have been enjoying a a bright carpet of happy daffodils at their woodland home.

“Our red squirrels are so curious about anything new and they will investigate everything down to the last leaf, much to the joy of anyone observing them,” said Wildwood Escot keeper Becky Copland. 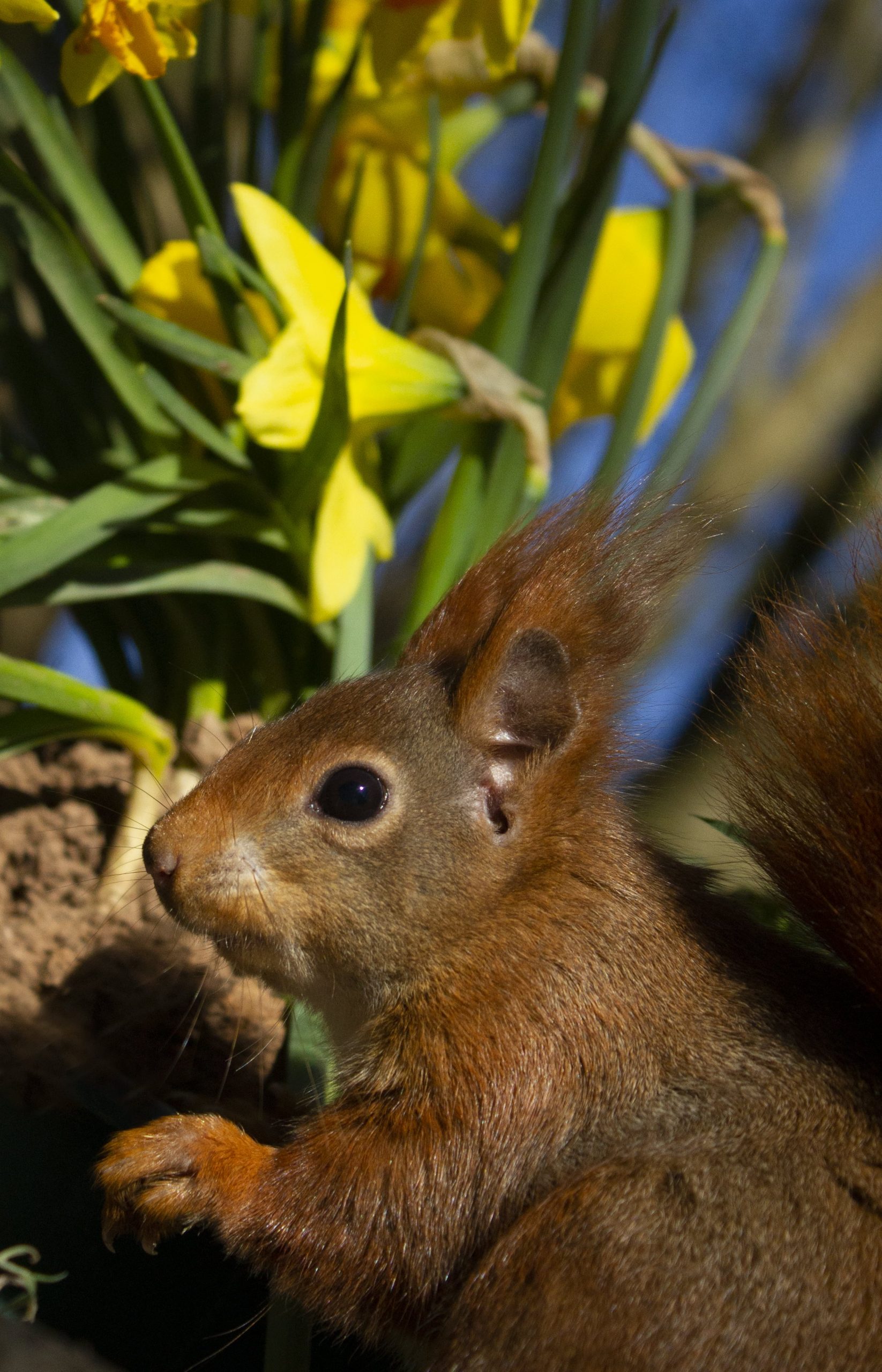 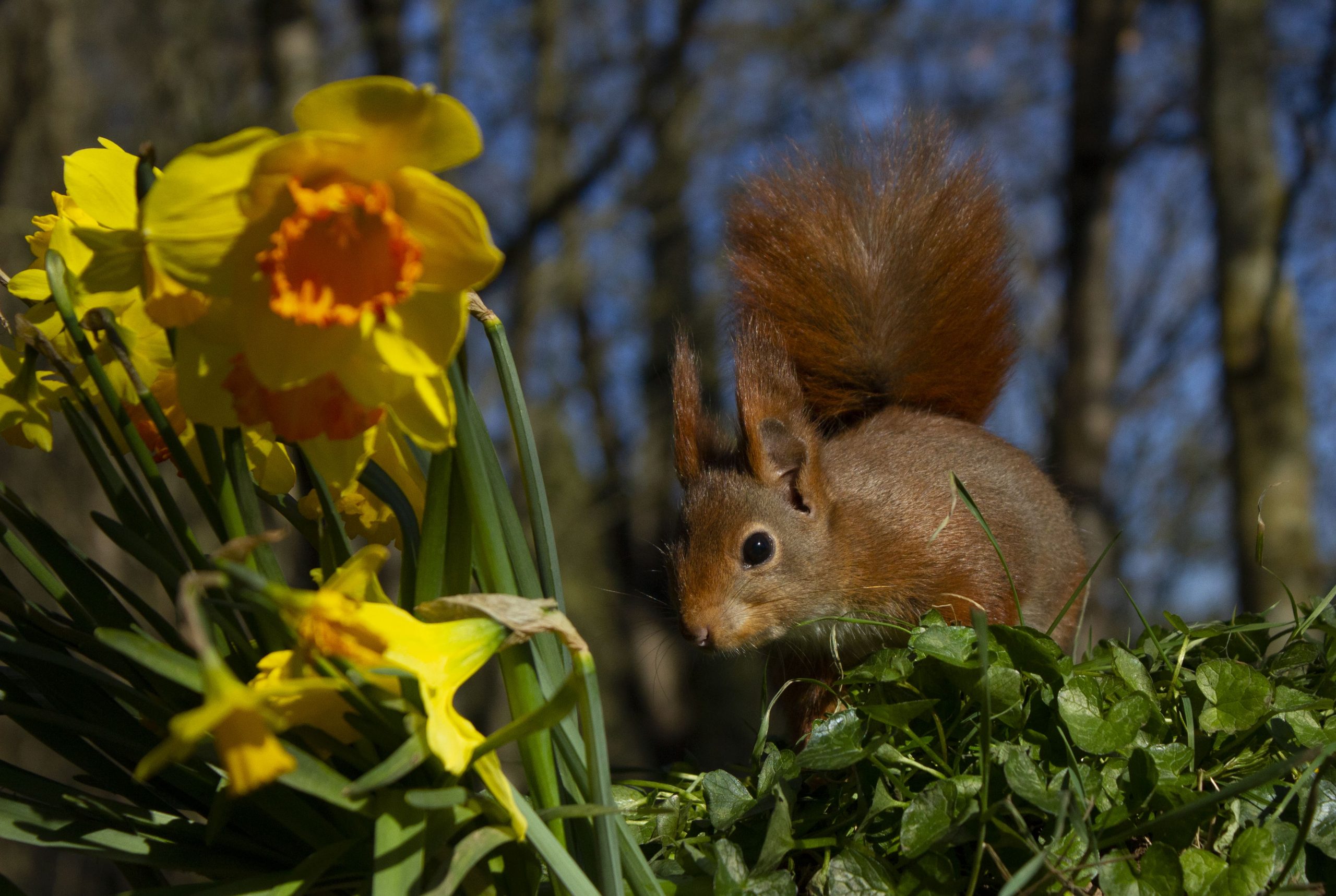 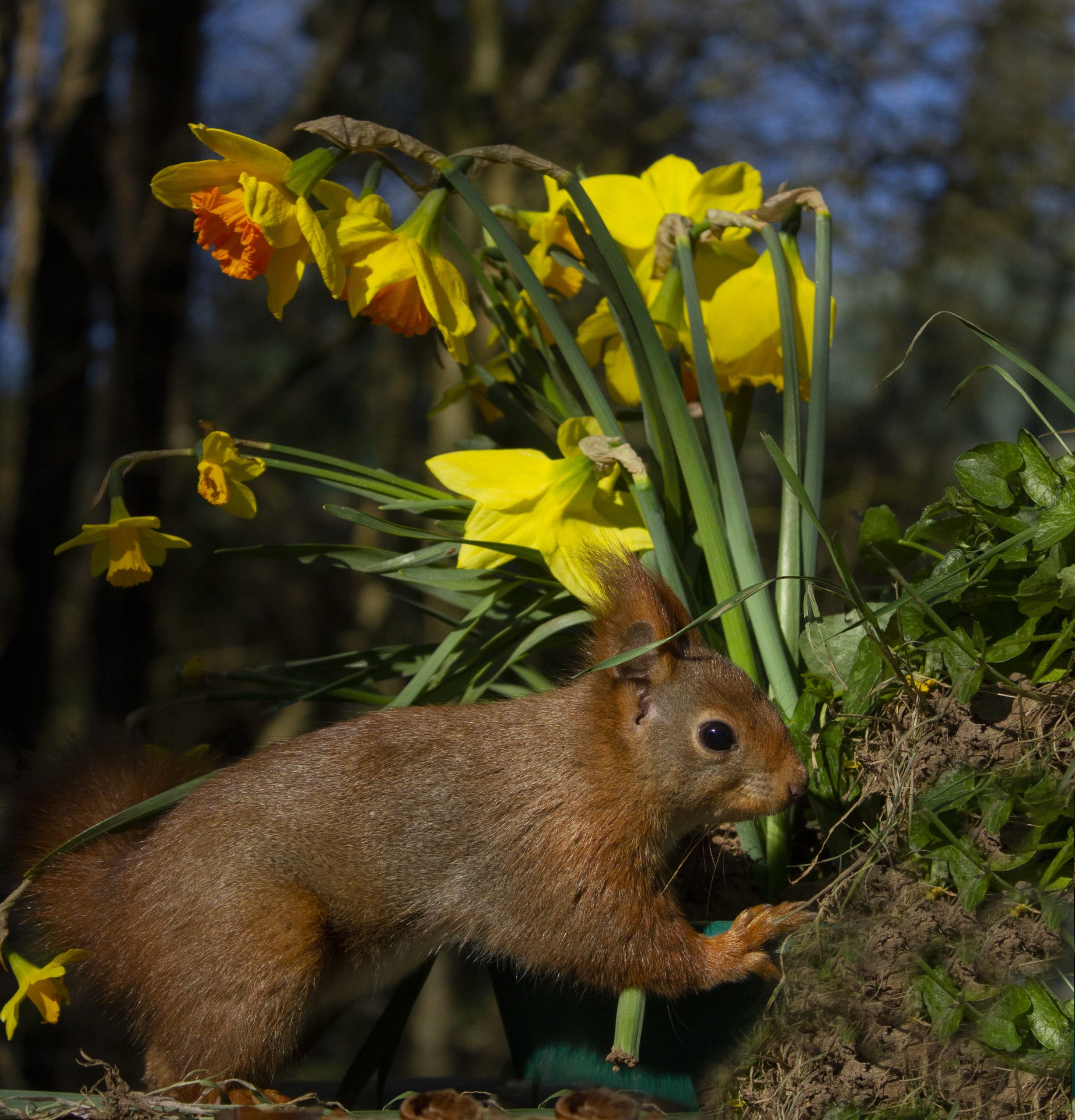 Their future kits will potentially be released into the wild with conservation partners across the UK, ensuring the survival of this iconic British species for future generations..

The much-loved species is endangered in England and Wales and faces many threats including loss of habitat and competition from the American grey squirrel, which carries a virus that is harmful to British reds.

Wildwood Escot works with a number of organisations across the UK to protect and conserve the red squirrel, and the charity has bred the species for successful reintroductions since 2002. 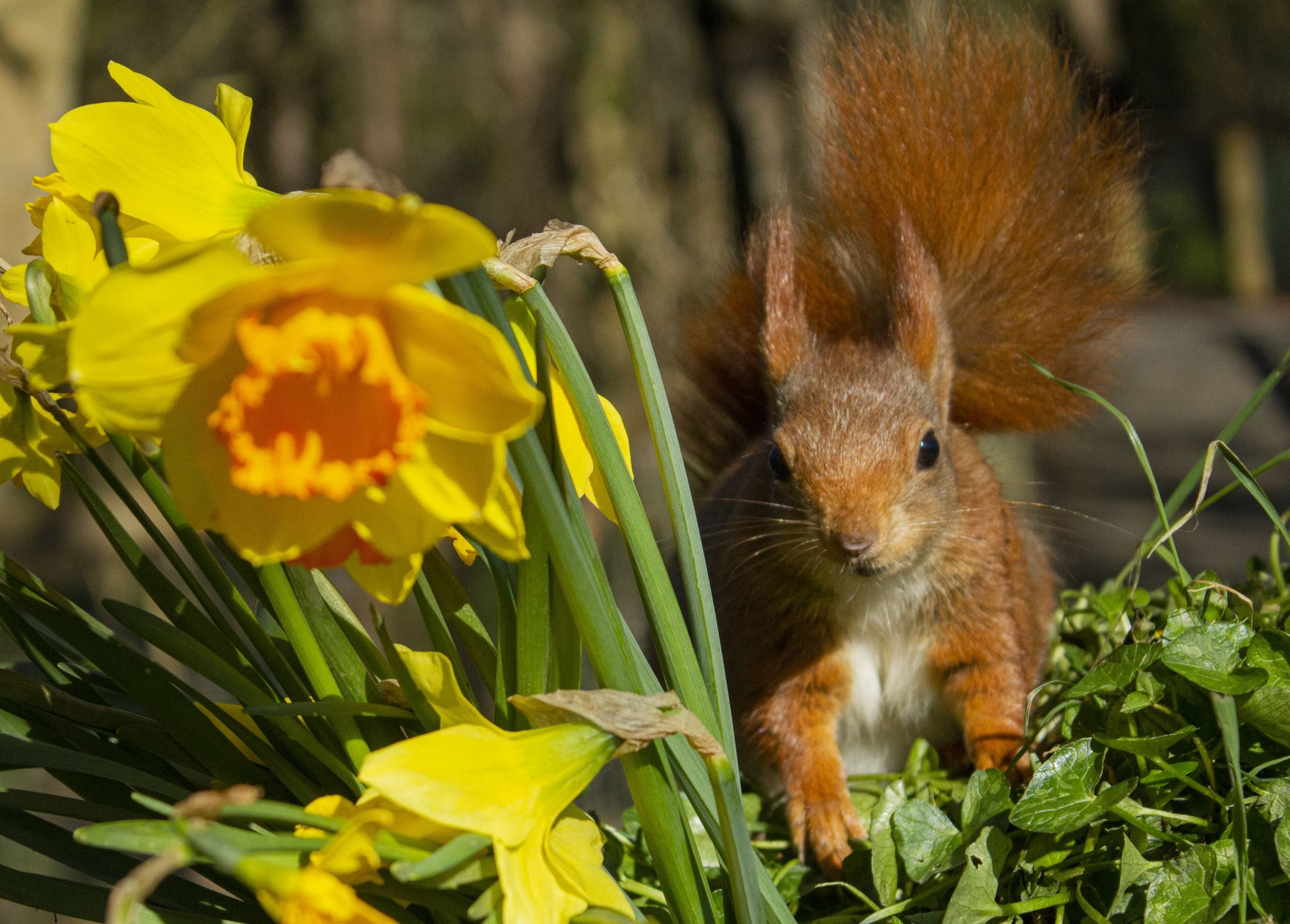 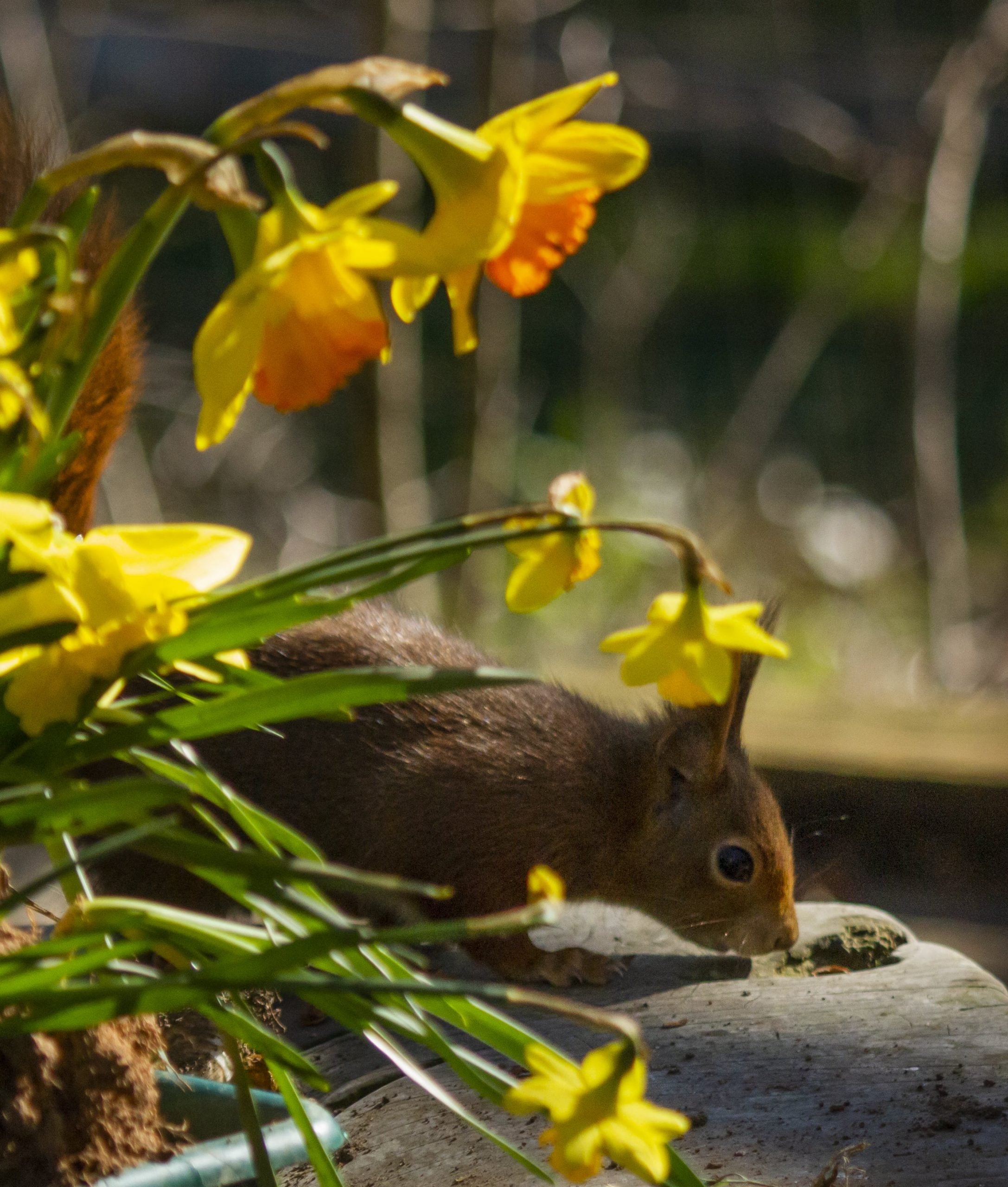 March is the season for squirrel kits, but a second litter in late summer is not uncommon.

Visitors to Wildwood Escot will be able to see the new arrivals when the park reopens 12 April.