Overhead drone images have captured the moment a World War Two bomb was detonated in Exeter.

Aerial footage taken by police drone experts shows a birds-eye view, overhead inside the cordon and exclusion zone, as the 1,000kg ‘Hermann bomb’, found on a building site in the city, was blown up.

The controlled explosion, carried out by the Royal Navy bomb squad, was carried out at the Glenthorne Road building site at 6.10pm on Saturday (February 27).

We’ve spent the last 2 days in Exeter supporting the huge multi-agency operation for an unexploded WW2 bomb. This is from the drone the moment it was detonated…
(the 2nd clip is thermal imaging)#exeter @BBCNews @SkyNews @DevonLiveNews @DC_Police @BBCSpotlight @itvwestcountry pic.twitter.com/LECX9foVTy

Scores of evacuated residents – and university students – living within the 100-metre cordon were yesterday (Sunday) told to stay away from their homes for a third night while the bomb site and surrounding area was made safe.

The exploded bomb was reported to have left a crater the size of a double decker bus, and debris from the blast was thrown at least 250 metres away.

A police spokeswoman said: “Extensive and crucial safety assessment work has been ongoing since its detonation by multiple partner agencies.

“This included the use of a crane to remove large pieces of metal, which had formed part of the Ministry of Defence’s mitigation structure surrounding the bomb, from nearby roofs.

“Fencing has been erected around the 100-metre exclusion zone which includes Glenthorne Road – where the bomb was located – Cowley View, Jefford House and Charleston House.” 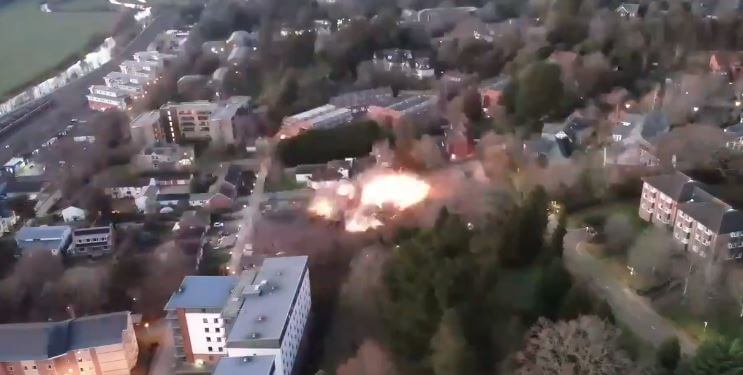 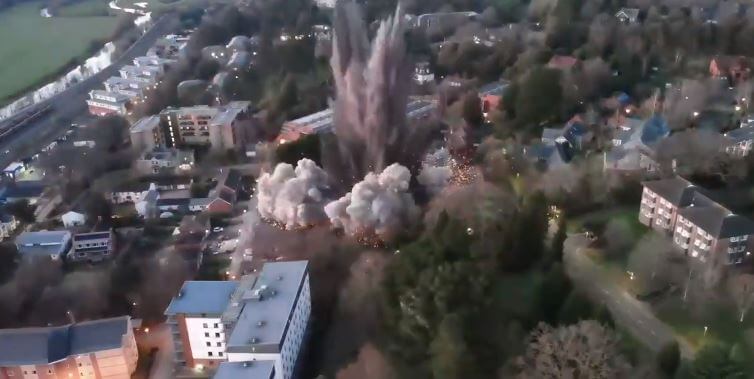 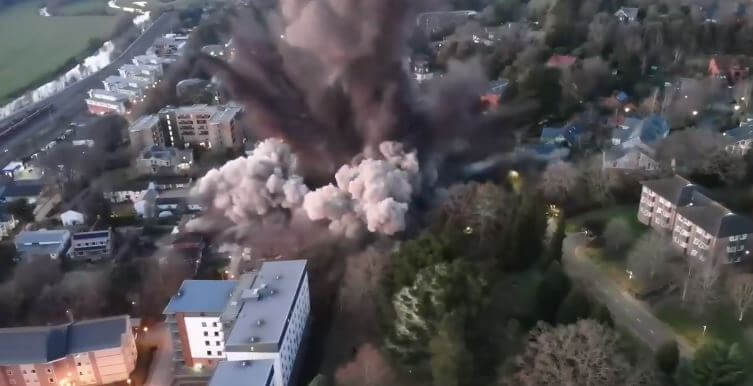 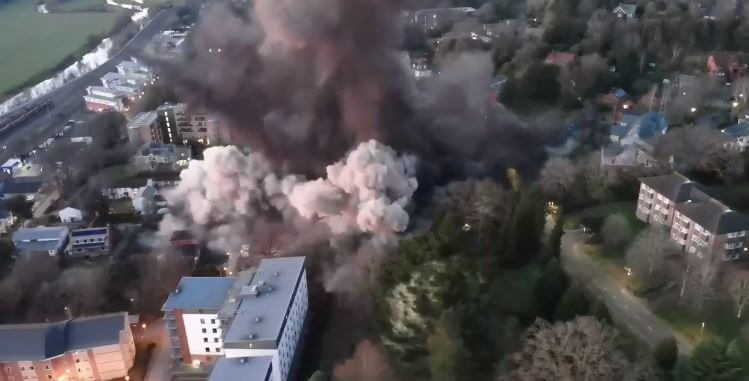 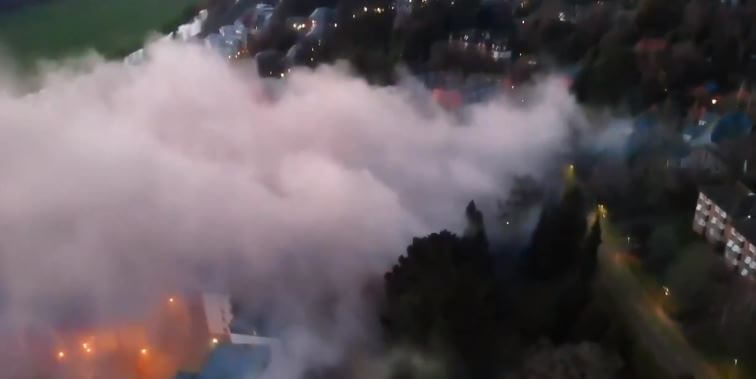 Cllr John Hart, Leader of Devon County Council, said: “We realise this is a very distressing experience for local residents and the city as a whole.

“The safety of residents is our absolute priority, and we are moving as quickly as we can to clear debris from the area, assess structural damage to properties and facilities, and make the area safe for the return of residents as quickly as possible.

“In the meantime, we are asking residents for their understanding and to please stay away from the area.”

Cllr Roger Croad, Devon County Council’s portfolio holder for community, public health, transportation and environmental services, said teams from Devon and Cornwall Police, Exeter City Council, the University of Exeter and ‘many other’ agencies have been ‘working tirelessly’ to resolve the situation and to keep people safe, restore the area and look after affected residents with accommodation and other help.

After the bomb was discovered on Friday, around 400 tonnes of sand was transported to the site, on private land. 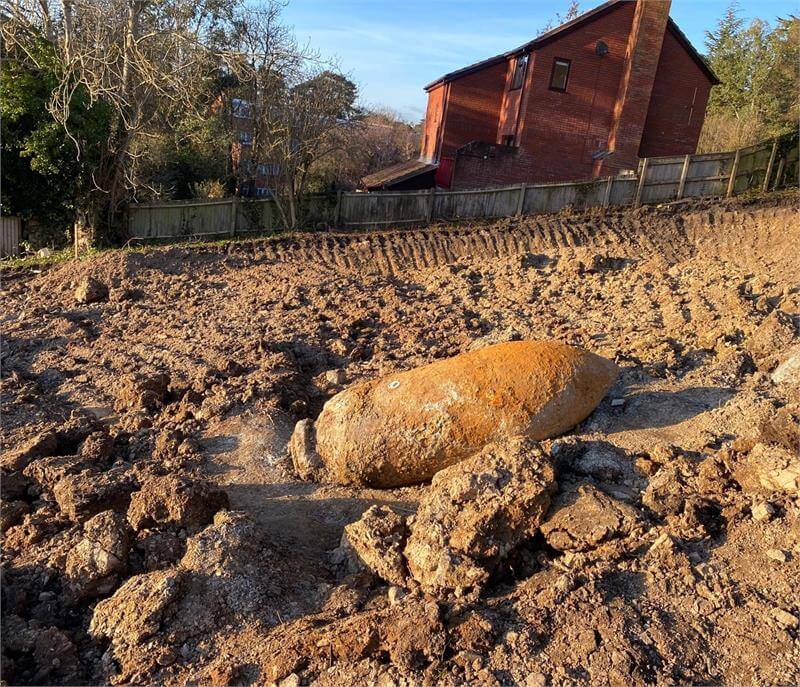 Walls were erected by the Royal Navy bomb disposal experts and Army personnel from the Royal Logistics Corps, to lessen the impact of the detonation explosion.

But the impact of the blast proved ‘significant’, debris was thrown at least 250 metres away and a crater around the size of a double-decker bus was left, said police.

After the blast safety assessments were conducted, including checks by utility companies – gas, electric and water. 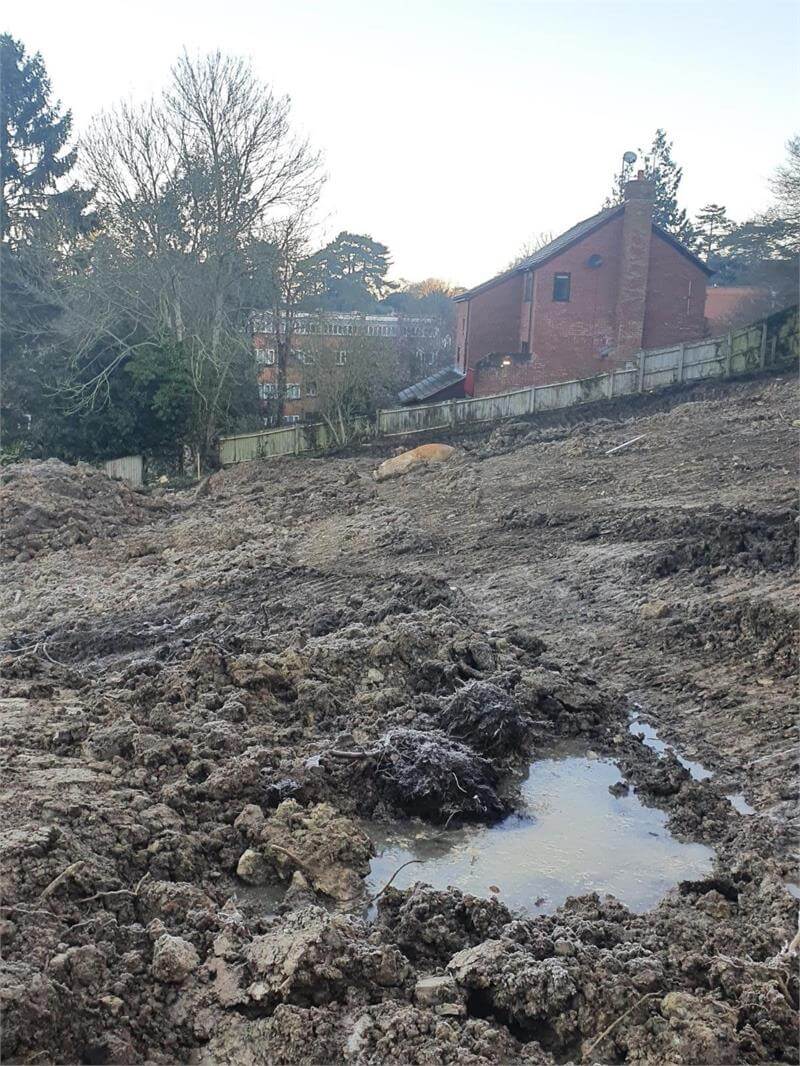 VIDEO: WW2 bomb unearthed in Exeter is detonated after thousands of people are evacuated from homes