Tuesday, May 11
Trending
You are at:Home»News»Exmouth»Walk on Exmouth beach ends in RNLI rescue for man cut off by the tide

An evening walk on Exmouth beach ended in an RNLI rescue for a man who was cut off by the tide at Orcombe Point.

The town’s inshore lifeboat was launched at 6.10pm on Friday (February 26) after the stricken stroller was seen waist-deep in water.

It was the second such callout for the lifesaving team in the space of ten days.

Exmouth RNLI has again warned that big rock falls in the area have made leaving the location ‘very risky’.

The lifeboat, crewed by helm David Preece and volunteers Mark Cockman, Ed Steele and James Edge was on the scene within five minutes.

They found the man, aged in his 20s, had made his way onto the beach east of Orcombe Point but was unable to reach safety.

He was ‘wet and very cold’ but otherwise uninured and was taken back to the RNLI lifeboat station. 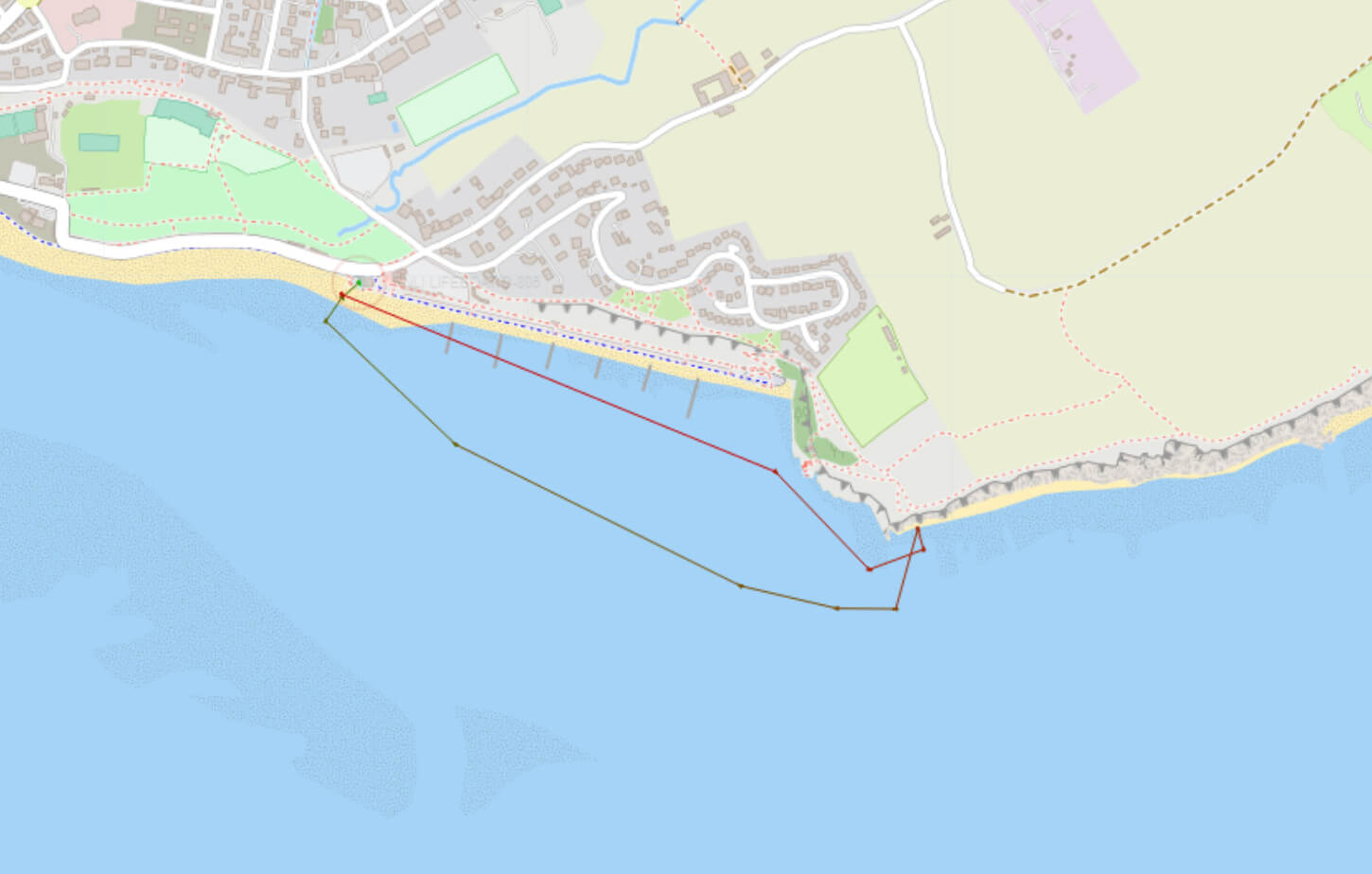 The route taken by Exmouth RNLI.

Helm Mr Preece said, “This is the second incident in just a few days where someone has got cut off by the tide at Orcombe Point.

“As previously, I must reiterate the advice for those using the beach to always check the locality, weather and tides before venturing out.

“Further significant cliff falls have occurred in this region that makes leaving that location other than via the beach very risky.

“I also noticed a number of onlookers on top of those cliffs standing very close to the cliff edge during this rescue and I would urge members of the public to take extra care as the cliff face is extremely fragile.

“We were pleased that this rescue had a successful outcome.”