Friday, August 19
Trending
You are at:Home»News»East Devon»VIDEO: Budleigh mum shows what it is like to get a Covid vaccine in Exmouth

‘Momentous’ is how a mum from Budleigh Salterton with a rare genetic disorder described receiving her Covid-19 vaccine in Exmouth.

Fran McElhone, aged 40, filmed herself getting the jab at the East Devon Vaccination Centre, in Exmouth, after she was invited for the vaccine because of her underlying health condition Alpha-1 Antitrypsin Deficiency, a lung disorder that leaves her vulnerable to the effects of inhaling smoke or other toxic materials, such as dust, fumes or chemicals.

Fran, a photographer and journalist, said she felt ‘really lucky’ to receive the jab, to protect herself, and others, from the coronavirus.

Working mum Fran, who videoed herself receiving her first dose of the Pfizer vaccine, said: “I feel really lucky, because I am high risk.

“I have got a rare genetic disorder called Alpha-1 Antitrypsin Deficiency, which means my lungs have no protection from biological or environmental damage.

“It was an incredibly slick operation. Really well run, very safe, spacious, and everyone was helpful and friendly. There were marshals inside and out. It was my GP who gave me the jab.

“I feel so lucky to live in a country where we are being offered the vaccine.”

Fran, who asked permission to film in the recently-converted Exmouth Tennis Centre, was asked a series of health questions before the vaccine was administered by her doctor.

She was told the jab will give her protection after two weeks, and to continue with wearing a mask, hand washing and social distancing.

Fran was told the Covid-19 vaccine was not live, so would not give her coronavirus.

Side effects could be mild – including pain at injection site, fever, chills, a headache, muscle and joint pain – and could be treated with paracetamol, the medic said.

Mum-of-one Fran, who went into a rest area for 15 minutes after she was given the jab, said: “It was a momentous thing and it took about half a second.”

She added: “Whatever your feelings are about the way this pandemic has been handled, or whatever you think about the vaccine itself, whether you’re going to take it or not – the fact that we have actually got that choice and are offered it, and to make that decision, I feel pretty lucky.

“Having an underlying health condition meant I didn’t even consider the option of not having the vaccine.

“However, it surely is a moral obligation to consider the impact our choices about ourselves may have on others, and society as a whole?”

Fran said: “We need to protect others in order to be protected ourselves. I believe it’s imperative to think about others in this situation, due to many people being asymptomatic and passing it to others.”

Around 1,000 to 1,500 vaccinations a day have been given at the converted tennis centre. 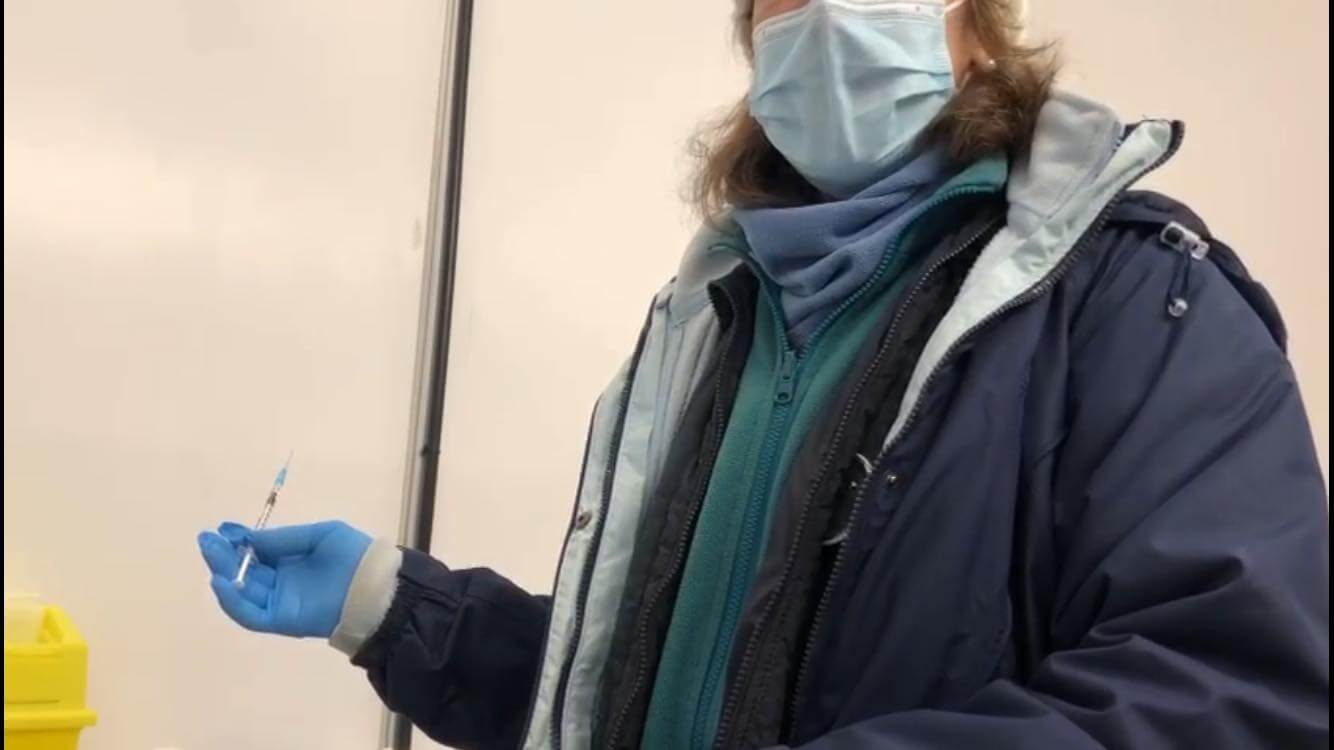 Fran videoed herself receiving her first dose of the Pfizer vaccine. 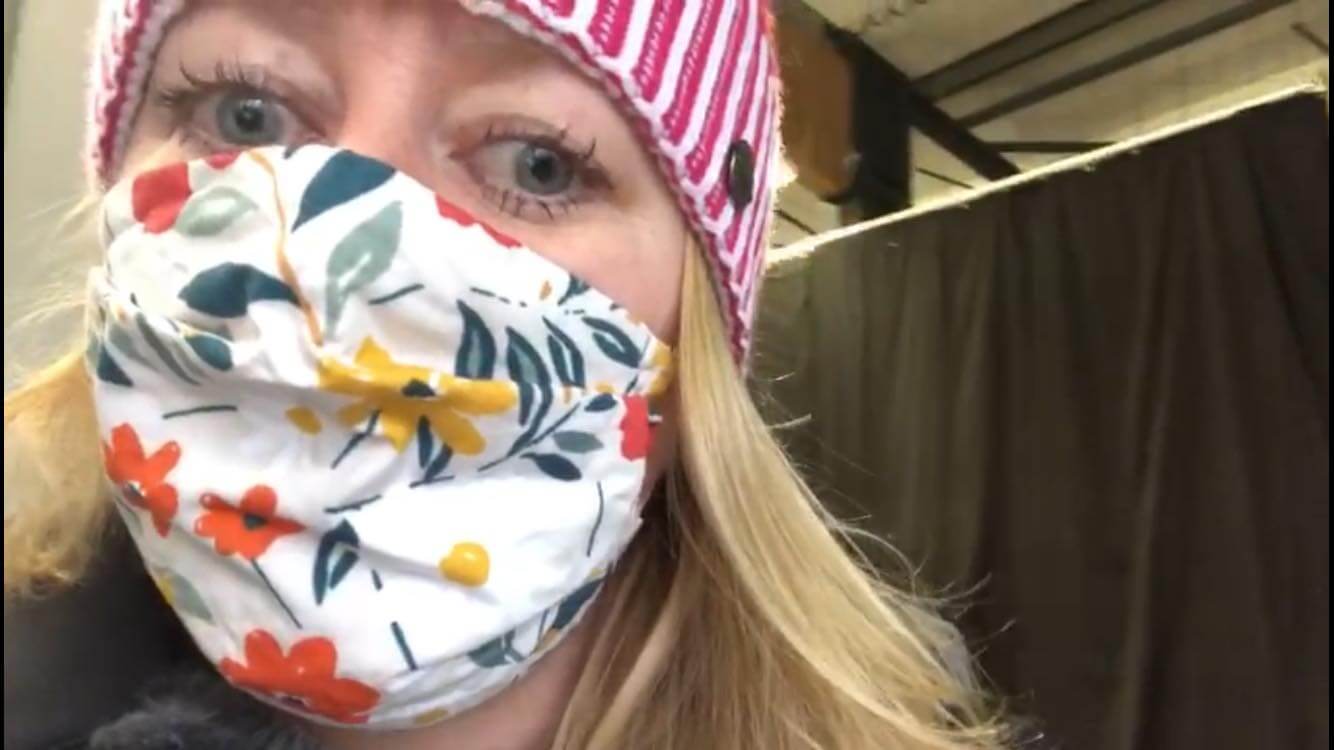 Fran said she ‘felt lucky’ to receive the jab, because she is at high risk of the virus.