Friday, August 19
Trending
You are at:Home»News»Green light for 71 new homes – half of them ‘affordable’ – at West Clyst on East Devon/Exeter border

Plans for up to 71 new homes – half of them ‘affordable’ – at West Clyst on the East Devon and Exeter border have been given the green light.

District council planners unanimously approved the outline application from Johnstone Land (South West) Ltd for land north of Moonhill Copse – despite it being a departure from the authority’s Local Plan.

Officers said the housing development was in a highly sustainable area and the 50 per cent affordable housing outweighed any harm caused.

The plans were due to be discussed last week but were deferred following a request from county highways chiefs for a contribution of £3,250 to alleviate traffic issues.

East Devon District Council’s (EDDC) Planning Committee heard on Monday the developer had agreed to the request; the cash will go towards a toucan crossing on the main B3181.

Cllr Olly Davey added: “It makes a lot of sense to bring the land into use and this seems a well-designed plan in a sustainable location with good provision for cycling and walking.”

Cllr Geoff Pook said: “So often we see applications on a larger scale skinning down the affordable housing to single digits, so this developer has shown a responsible way to deliver it and address all the concerns.

“This is a good and responsible development.” 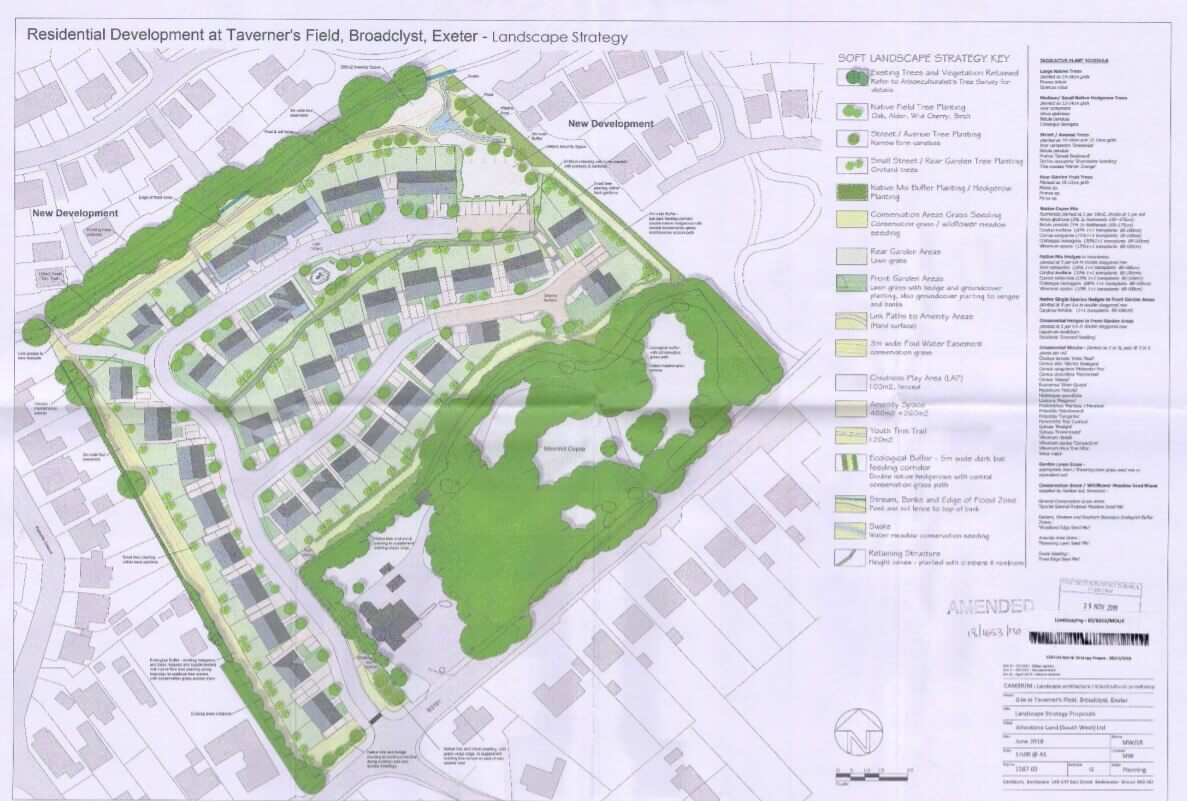 Plans for the housing scheme for land north of Moonhill Copse in West Clyst.

EDDC development manager Chris Rose had recommended approval and said: “The site has very good public transport links to the city of Exeter and further afield settlements, including train and bus connection to the rest of the country.

“A recently-constructed primary school lies within easy walking distance of the site and a convenience shop has recently opened on the opposite side of the B3181.

“These are significant considerations when considering the location of development to seek to minimise the use of the private motor vehicle and weigh significantly in favour on the proposed development.

“On the basis that houses have been consented surrounding the site having been found to be sustainably located, the same conclusion should be reached in relation to this site.

“The benefits of the proposal through providing housing development in a highly sustainable area with good linkages and nearby infrastructure to support daily living without reliance on the private motor vehicle, and provision of a high proportion of affordable housing to address the needs of the district, are considered to outweigh any harm caused by the proposal and outweighs the fact that the proposal represents a departure from Local Plan policy.”