Exeter councillors have unanimously voted to scrap proposals that could have seen the city’s General Buller statue moved from its current location.

The landmark, which has stood on the corner of New North Road and Hele Road for 116 years, faced being relocated after the notion won support in January.

There is no proposal to remove the Buller statue. I hope that is clear and we are not talking about that at all…

But that decision was unanimously overturned at a meeting of the city authority’s executive this week, writes Local Democracy Reporter Daniel Clark.

Members have recommended to full council that no application for listed building consent for relocation should be made, and a consultation over the future of the statue does not take place.

The move follows recent comments by Secretary of State for Housing, Communities and Local Government Robert Jenrick that such applications are unlikely to be successful.

The Government recently revealed plans for a new law on cultural and historic heritage which will ‘make clear that historic monuments should be retained and explained’. 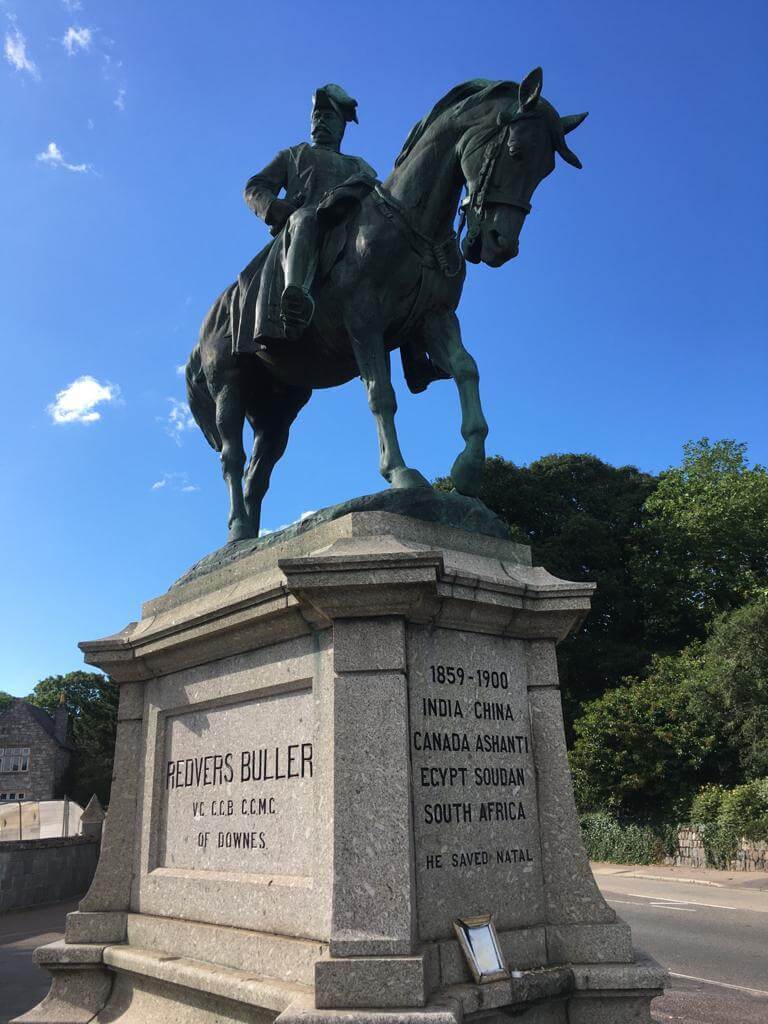 Exeter City Council leader Phil Bialyk said: “In light of the comments by the Secretary of State…we will not be submitting a planning application to relocate the Buller statue.

“There is no proposal to remove the Buller statue. I hope that is clear and we are not talking about that at all.”

Executive members did reaffirmed their support for the other recommendations that they had made in January.

This includes the portfolio holder for culture and communities establishing a working group to develop an anti-racism strategy for the council.

An arts-based engagement project is also in the pipeline.

Temporary information boards are still set to be erected near to the Buller statue. Consideration will also be given to whether the statement, ‘He saved Natal’ should be removed from its plinth.

Full council will be asked to rubber-stamp the recommendations when it meets later this month.

A review into the ‘continued appropriateness’ of the Buller statue was launched last year, prompted by the General’s connection to the British Empire and colonial campaigns.

It concluded that, without prejudice to a final decision on the matter, an application should be made for listed building consent for the relocation of the landmark to an alternative location.

A full public consultation would have taken place.

General Sir Redvers Buller served in Canada, China and most famously in South Africa in the Zulu Wars.