Friday, March 5
Trending
You are at:Home»News»Exmouth»Plans for 303 homes in Exmouth are approved as part of scheme featuring land for new school and employment and commercial use

Plans to build 303 new homes in Exmouth have been given the go-ahead – despite being branded ‘disgusting’, ‘unexciting’ and a ‘missed opportunity’.

The scheme for Goodmores Farm, off Hulham Road and Dinan Way, also features land for a new primary school and employment and commercial use.

The scheme won’t win awards for the layouts, but, because of the constraints, we have what we have…

Members heard the layout ‘won’t win award’ and were told the project offered ‘everywhere houses in an everywhere town’.

Eagle Investments Ltd secured outline permission for up to 350 homes on the plot in July 2018.

It also secured the go-ahead for five-and-a-half acres of the site to be utilised for mixed-use employment and commercial purposes, and three acres for a primary school.

The application approved today detailed the layout, scale, appearance and landscaping of the project.

Five per cent of the homes will be ‘affordable’.

And while councillors were unhappy the number is far below its 25 per cent policy requirement – they said there was nothing they could do as the principle of the development had already been agreed. 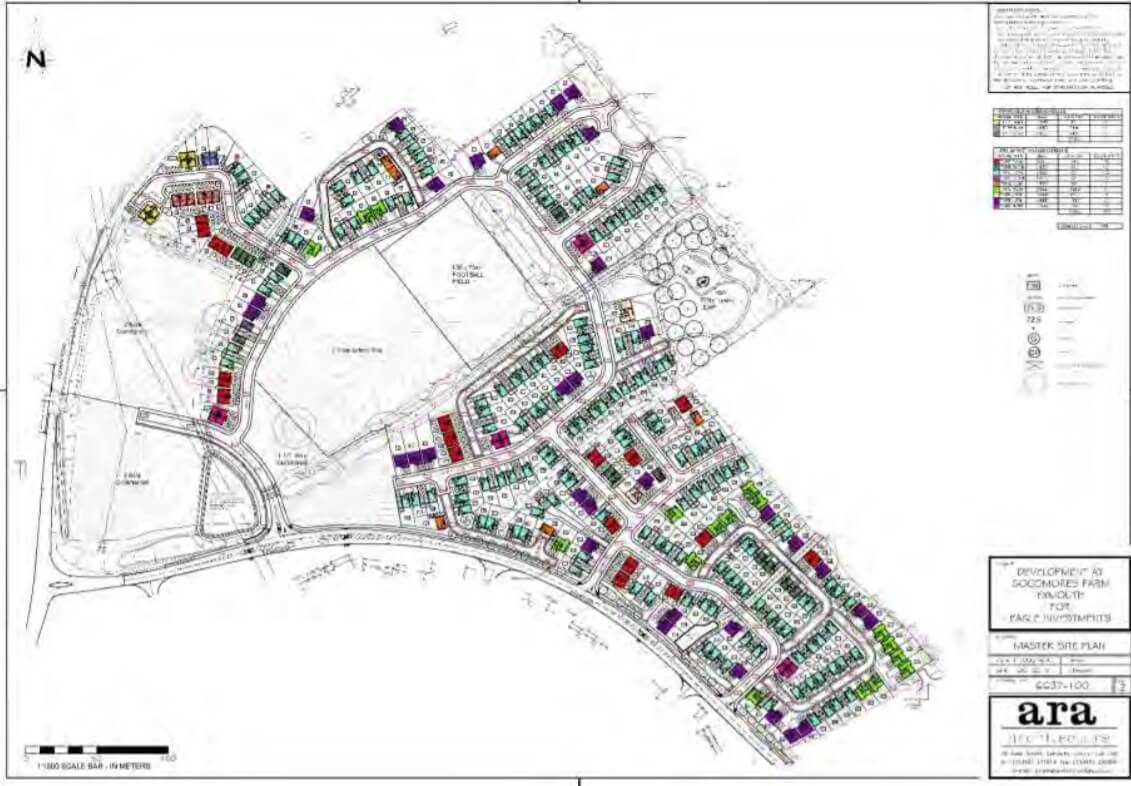 The proposals for 303 homes at the Goodmores Farm site in Exmouth.

EDDC development manager Chris Rose had recommended approval and told the meeting: “The scheme that has been submitted provides for a development that is well-balanced and does not impact unreasonably on its surroundings, the trees on site, existing watercourses, highway safety or the amenity of nearby residents.

“The scheme won’t win awards for the layouts, but, because of the constraints, we have what we have, and I think the application has either mitigated the concerns or come up with good reasons why they cannot go further.”

Councillor Ben Ingham, who represents the Woodbury and Lympstone ward, said: “Of all the sites, this is the runt of the litter and the reason it has taken so long to come forward is because it offers the greatest challenges for the development and the least amount of profit.”

“There are so many merits that weren’t on the table five years ago, so it would not be good to reject this.”

He added: “What we are getting is a 300-home housing estate that is unexciting and hardly advanced on energy saving from 50 years ago.

“It is everywhere houses in an everywhere town. The proposal will not deliver a high-quality healthy place and therefore should be refused.”

“This makes a mockery of the spirit of the Local Plan and Neighbourhood Plan where the target is 25 per cent, but to see just 16 affordable homes out of 303 is an insult and doesn’t provide any benefits to Exmouth.

“This flagship new housing development says to many younger people seeking a first house, ‘You are not welcome here’.

“There is a high need for affordable housing that will grow even further and you have to ponder how the passing of time made this inappropriate and unbalanced.

“This application in its current form is disgusting.” 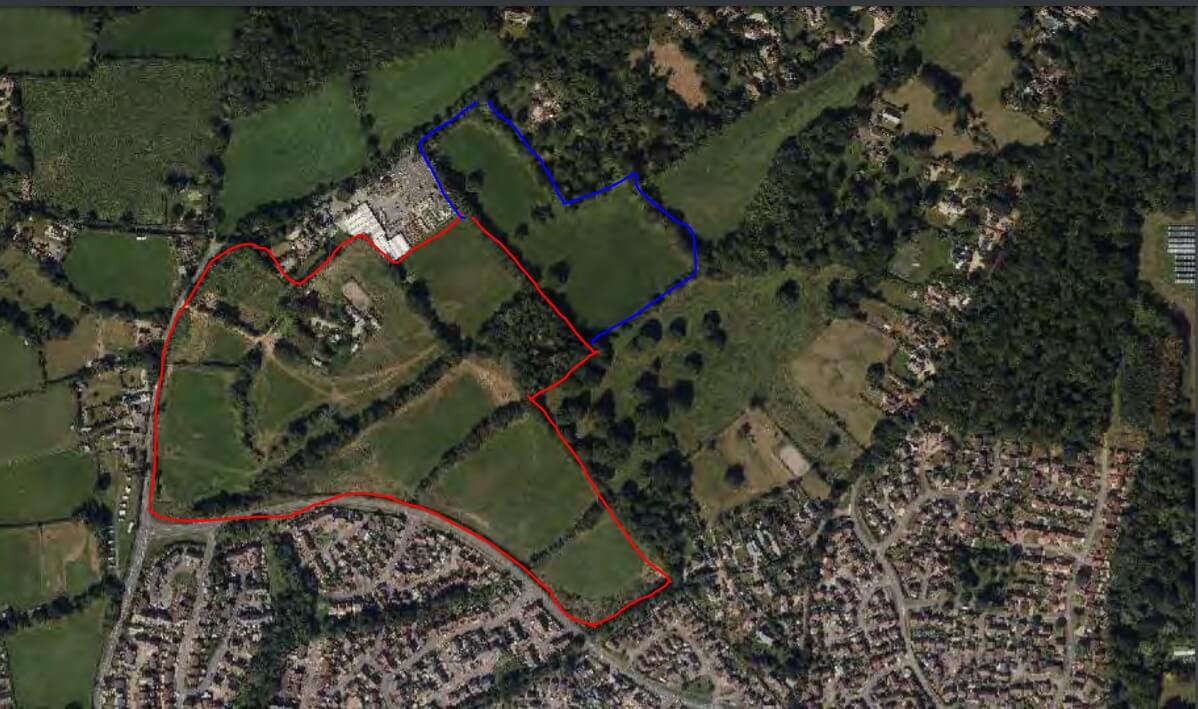 The development plot at Goodmores Farm in Exmouth.

Exmouth Brixington representative Cllr Maddy Chapman described the scheme as being one that should read ‘could do better’.

Exmouth Town ward member Cllr Olly Davey said the proposals were a missed opportunity, adding: “This was a chance to create a forward-looking, fit-for-the-21st-century housing estate here with open living spaces, green spaces, provision for active travel, clear walking and cycling routes, but that doesn’t appear to be provided.

“We have a similar housing estate to much of what exists in Exmouth already and lacks infrastructure.

“This lacks vision and we have a 20th century site with a loss of biodiversity, doesn’t relate well to the context of the site and provides poor amenity to residents.”

Cllr Philip Skinner said: “It is a very difficult site to come out of, but we have to balance to get a scheme that is going to work along with what people want to see.

“If you play too hardball, you can end up with not a lot at all – and while this may not be totally satisfactory, it may be what we end up with.”

“The Local Plan was made and formed with all the local knowledge, but we have to live with the outcomes and understand the context decisions were made in at the time.

“It is regretful that we end up with five per cent affordable housing, but that is a fact of life that we can’t change and, if we want more, then viability means we will lose out on something else.”

Cllr David Key said: “This will have to go forward as we wouldn’t stand much chance at an appeal.”