An Atlantic grey seal spotted swimming in the water at Budleigh Salterton spent around half an hour exploring in the River Otter mouth.

Richard Allen, president of Budleigh Salterton Lions Club, was lucky enough to capture these images when he spotted the marine mammal on Monday (February 8). 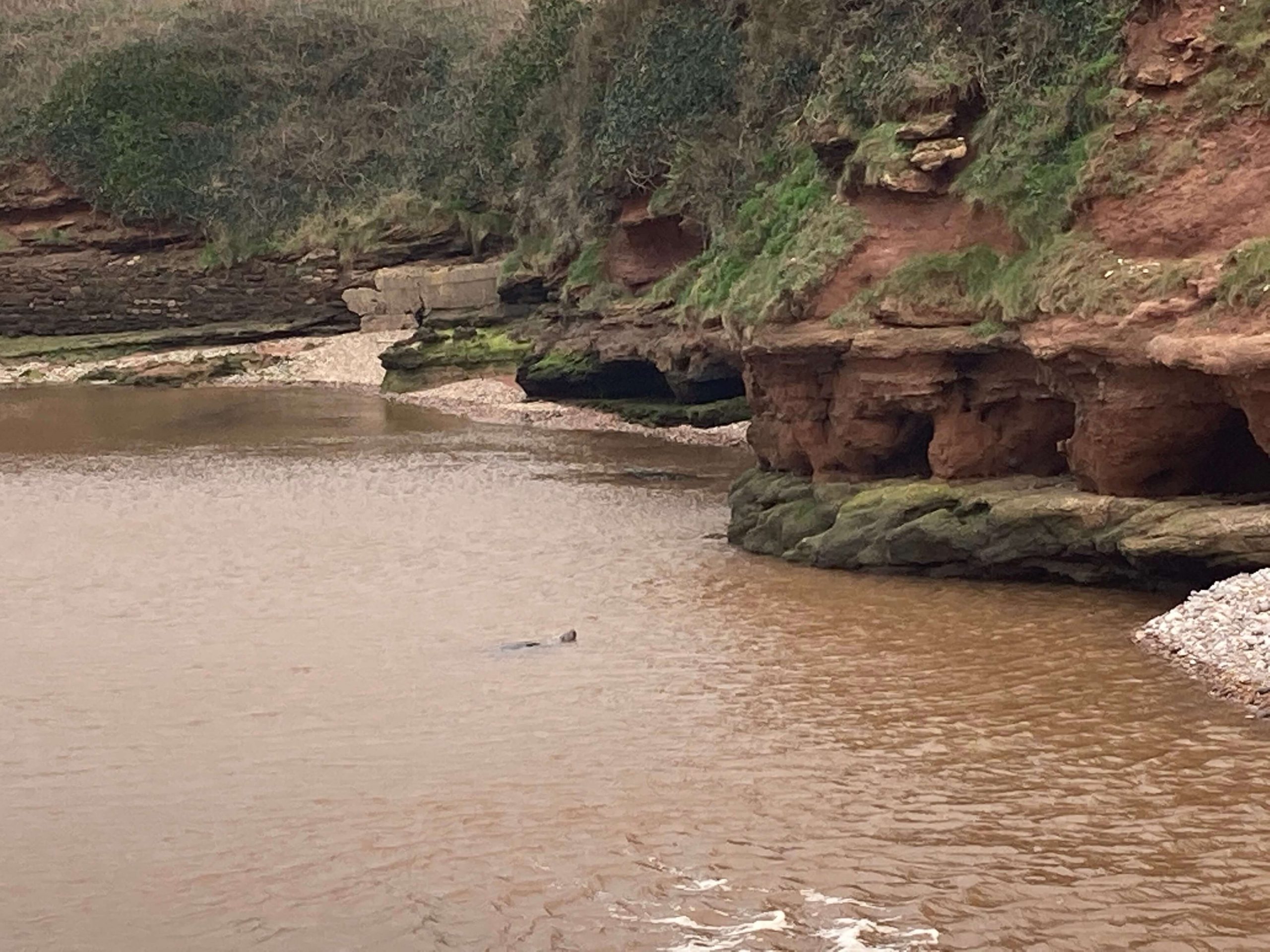 Devon Wildlife Trust said grey seals have been seen in the same spot in recent years, and at nearby Ladram Bay, and at the mouth of the River Exe.

Richard, who photographed the seal on his phone camera, said: “We watched it swimming around for about 30 minutes, it seemed very relaxed and could have gone out to sea whenever it liked.

“It seemed to upset the gulls who lifted off the estuary and circled around it but the seal seemed to ignore them.” 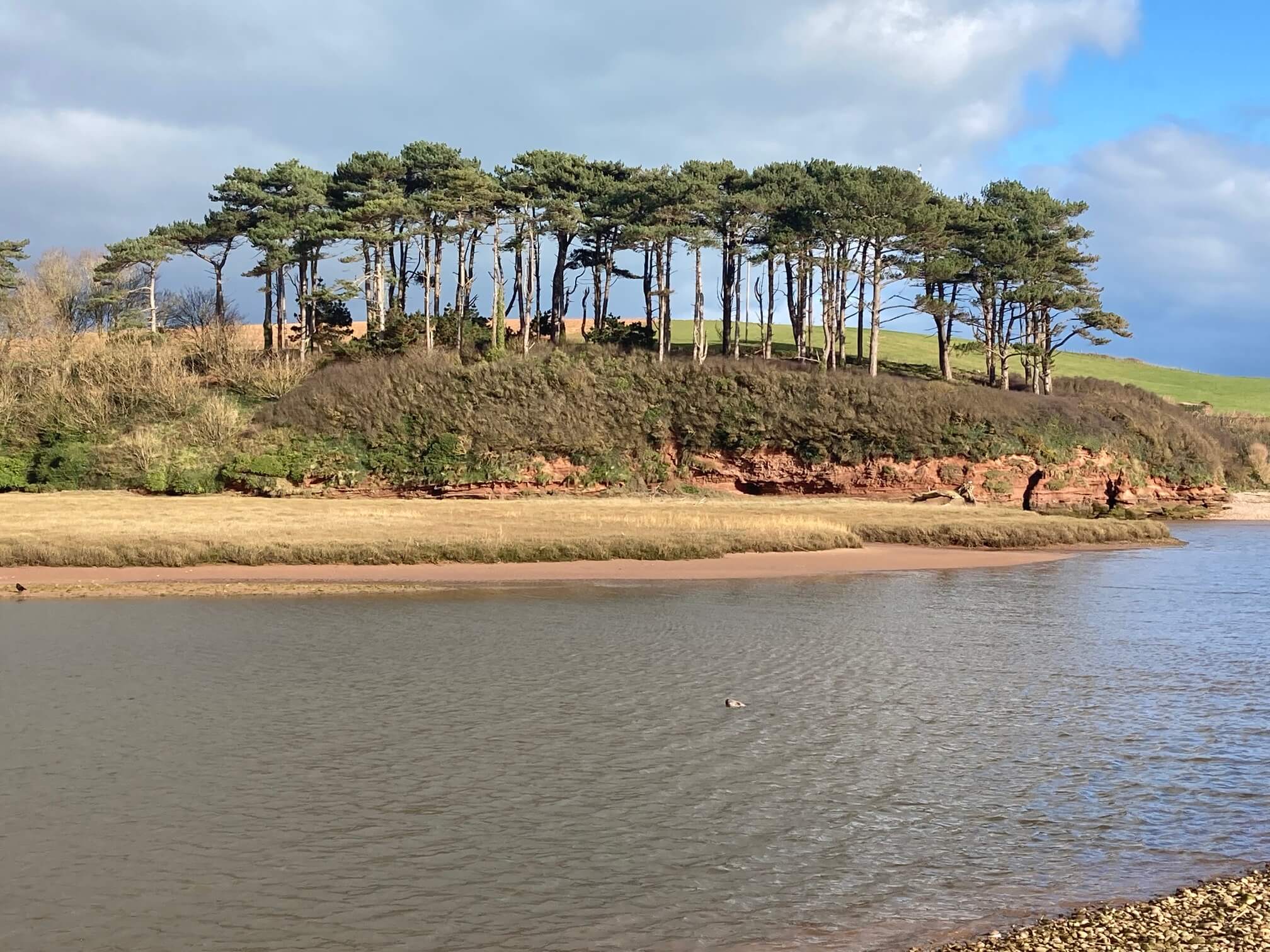 An Atlantic grey seal spotted swimming in the water at Budleigh Salterton spent around half an hour in the River Otter mouth.
Photo: Richard Allen, Budleigh Lions Club.

The Devon Wildlife Trust (DWT) said Atlantic grey seals were frequently seen on the coast of Devon and Cornwall.

Stephen Hussey, DWT spokesman, confirmed the sighting at Budleigh was an Atlantic grey seal – identified by its dog-shaped head.

Mr Hussey said: “These are often seen around the coast of Devon and Cornwall, although most often in remoter spots, and more often further west.

“It’s been estimated that the UK has a grey seal population of around 120,000 or forty per cent of the world’s total, so we are an important place for grey seals.

He added: “I’ve seen grey seal in the same spot in past years and at nearby Ladram Bay and in the mouth of the River Exe.

“If there is a good source of food in the shape of fish and crustaceans then you can hope to see seals.” 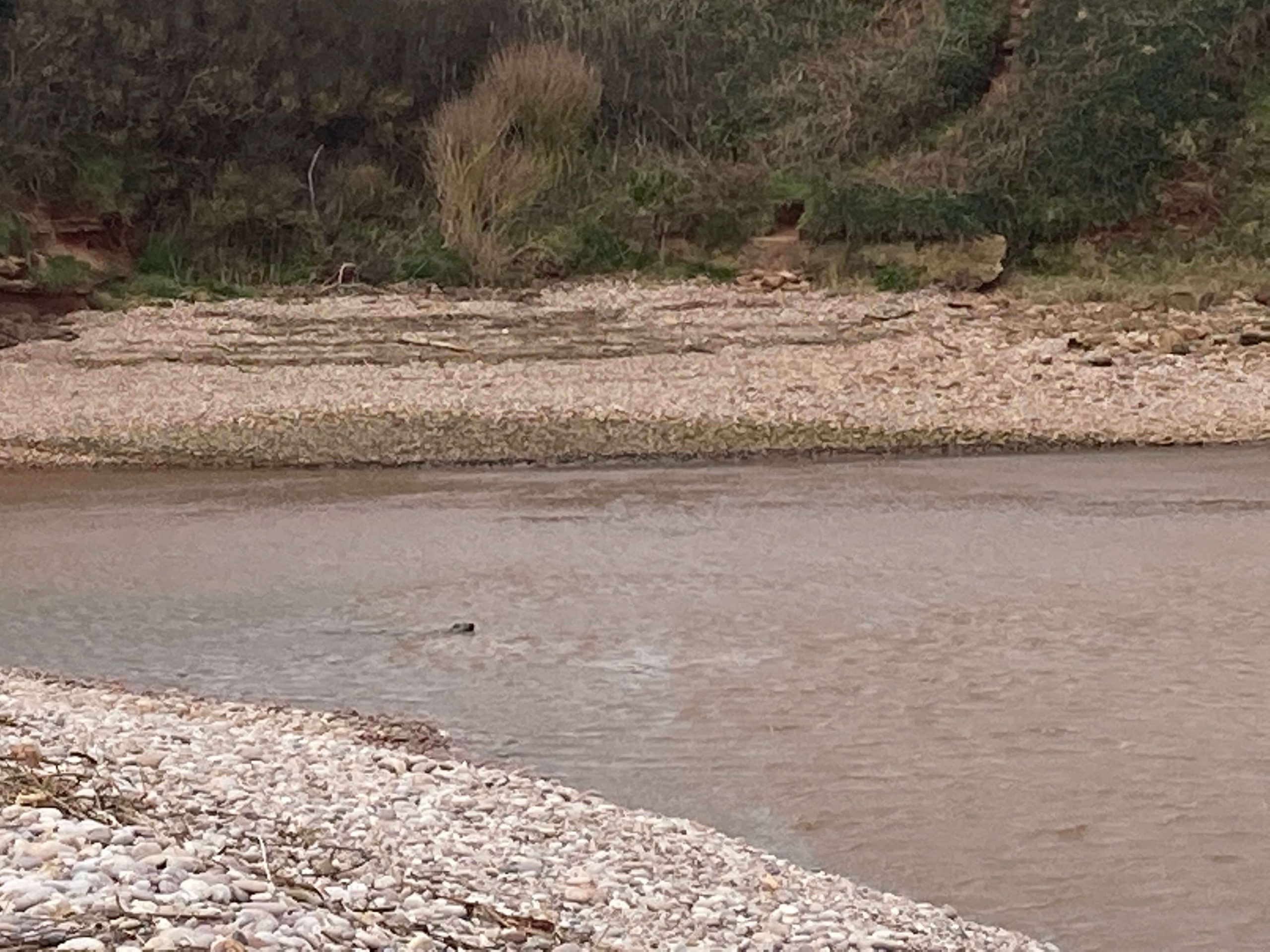 The seal spent about half an hour swimming around.
Photo: Richard Allen, Budleigh Lions Club.

Mr Hussey urged anyone spotting a marine mammal to leave it in its natural habitat and to keep the public and pets away.

He said: “One very important thing to remember when you spot a seal is to give them space and let them behave naturally.

“This means keeping your distance whether you are in a boat, swimming or on land, not making sudden movements or noise and not approaching them, or letting your dog approach them.

“This is especially important if they are hauled out on land. They use this time out of the water to digest their food – disturbing them means disturbing this important process.”

The Devon Wildlife Trust said the only other species commonly seen in waters around East Devon was a Common seal – also known as Harbour seal.

They are smaller than grey seals, and have a rounded head and face.