Temporary town centre traffic restrictions in Sidmouth are set to be made permanent, highways chiefs have revealed.

It is proposed that changes – including the pedestrianisation of Old Fore Street and limits on vehicles in Church Street, New Street, Chapel Street, Dove Lane and Kings Lane – stay in place.

The authority has introduced or proposed a number of measures to support walking and cycling as part of a second phase of Emergency Active Travel Funding projects.

It was awarded £1.3million from the Department for Transport to provide safer routes for pedestrians and cyclists following the reduction of public transport capacity during the coronavirus pandemic.

“Old Fore Street is proposed to be made a pedestrian zone with access for cyclists, and motor vehicles will only be able to access Church Street, New Street, Chapel Street, Dove Lane and Kings Lane, if they have a permit or if they are loading or unloading.

“A number of limited waiting bays in the town will be converted to loading bays.”

Councillor Stuart Hughes, DCC cabinet member for highway management, added: “From my own experience in Sidmouth, the town council and chamber of commerce feel the town centre has been improved by the temporary measures which is why we’re now looking to make them permanent.” 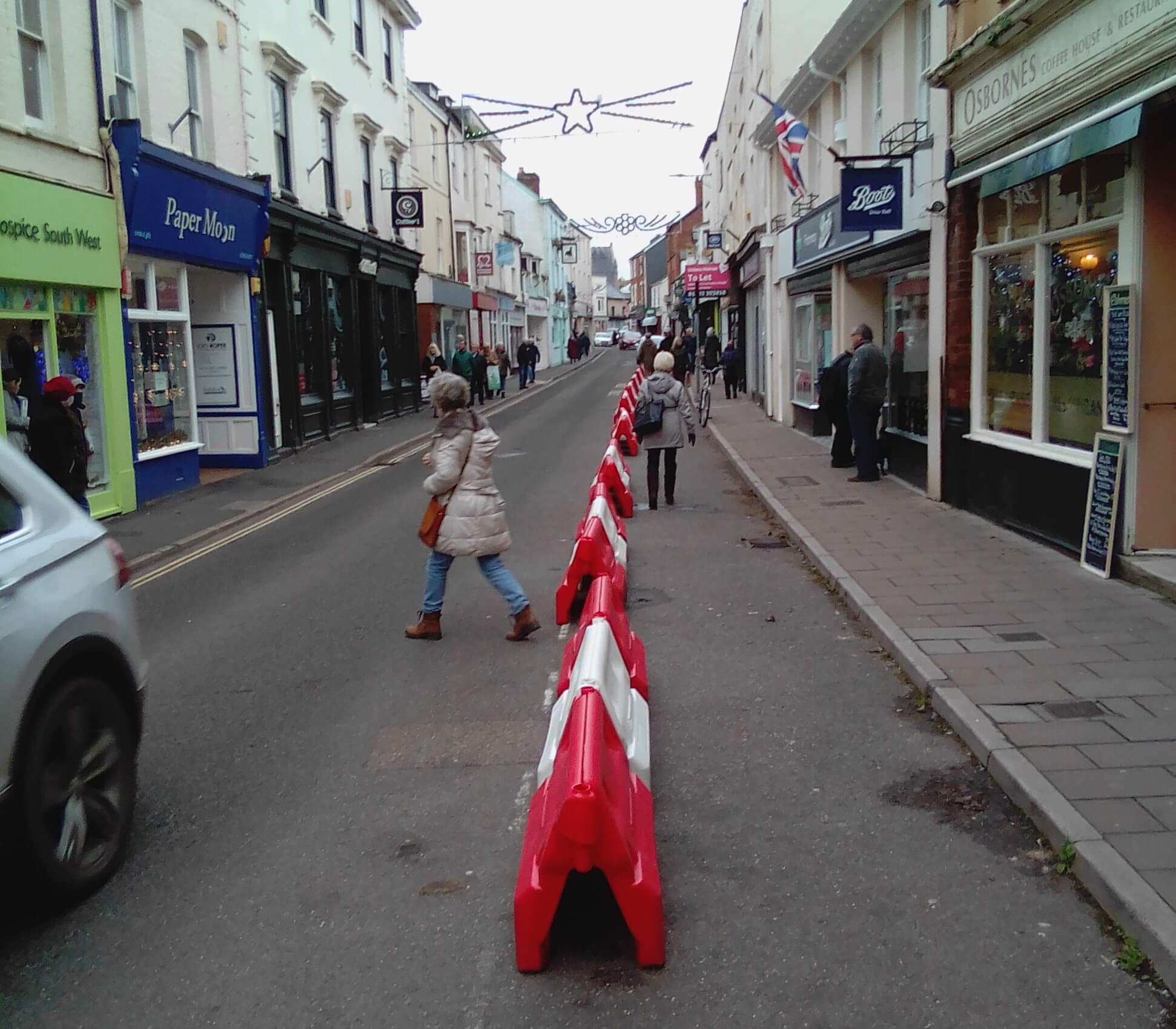 In Exeter, a new pedestrian and cycle crossing has been installed at the Countess Wear roundabout.

A crossing has also been completed at Russell Way to extend the E9 cycle route onto Sowton and Digby.

Measures to make the other sections of the cross-city E9 route are also being progressed, says DCC.

A decision to remove through-traffic in Ludwell Lane was agreed by Exeter highways bosses in October.

Consultation on next steps for the other temporary changes on the E9 route will be undertaken over the next few months.

A public consultation has been carried out in Heavitree and Whipton to gauge people’s views on what improvements they would like to see to make walking and cycling safer.

A closure at Balls Farm Road, near Ide, has also been ‘well-received’ in Ide and St Thomas.

Cllr Hughes said: “It’s great to see excellent progress being made with the Active Travel schemes right across the county.

“Travel habits have changed over the past year with the ongoing coronavirus pandemic, and by improving our highway network with these schemes it’s making it easier for people to make short journeys on foot or by bike.”

DCC introduced a series of ‘pop-up’ measures last year in Exeter, Barnstaple, Bideford and Newton Abbot with initial funding of £338,000 from the Emergency Active Travel Fund.

The current £1.3million of funding, which has to be spent or committed by March, is to introduce more permanent changes.