Rowers taking on the Talisker Whisky Atlantic Challenge in aid of the Devon Freewheelers, in Honiton, have crossed the finish line after 50 days at sea.

The four-strong Force Genesis, who set off on the 3,000-mile row on December 12, 2020, were welcomed back as heroes when they reached Nelson’s Dockyard English Harbour, in Antigua, on Monday, February 1.

The rowers, who have so far raised £7,537 of their £20,000 fundraising target, said the 50 days at sea had been ‘awesome and amazing, adding ‘we worked seriously hard’ to reach the finish.

Honiton-based Devon Freewheelers CEO, Daniel Roe-Lavery, whose plans to stand at the finish to cheer the team back were thwarted by the coronavirus travel restrictions, said: “I am delighted they made it across and they are back on dry land. What a lifetime achievement for each and every one of them.

“We can’t wait to see them when they get home.”

Mr Roe-Lavery, said the coronavirus had put a stop to the Devon Freewheelers holding any fundraising activities since the start of the pandemic in early 2020.

He thanked those who were coming up with unique ways to help the charity.

He said: “Through the ongoing situation, and lockdown, people are looking at weird and wonderful ways to do their fundraising while maintaining social distancing.

“We are thankful to everyone fundraising for us in this difficult and challenging time.”

Force Genesis, made up of Mark Sealey, of Wiveliscombe, grandmother-of-three Gemma Best, from Clevedon, Somerset, Amy Wood, from Salisbury and Will Cogley, of Portishead, near Bristol, completed what was billed as the ‘world’s toughest row’ in 50 days 22 hours and 16 minutes after setting off from San Sebastian in La Gomera, the Canary Islands, on December 12, 2020. 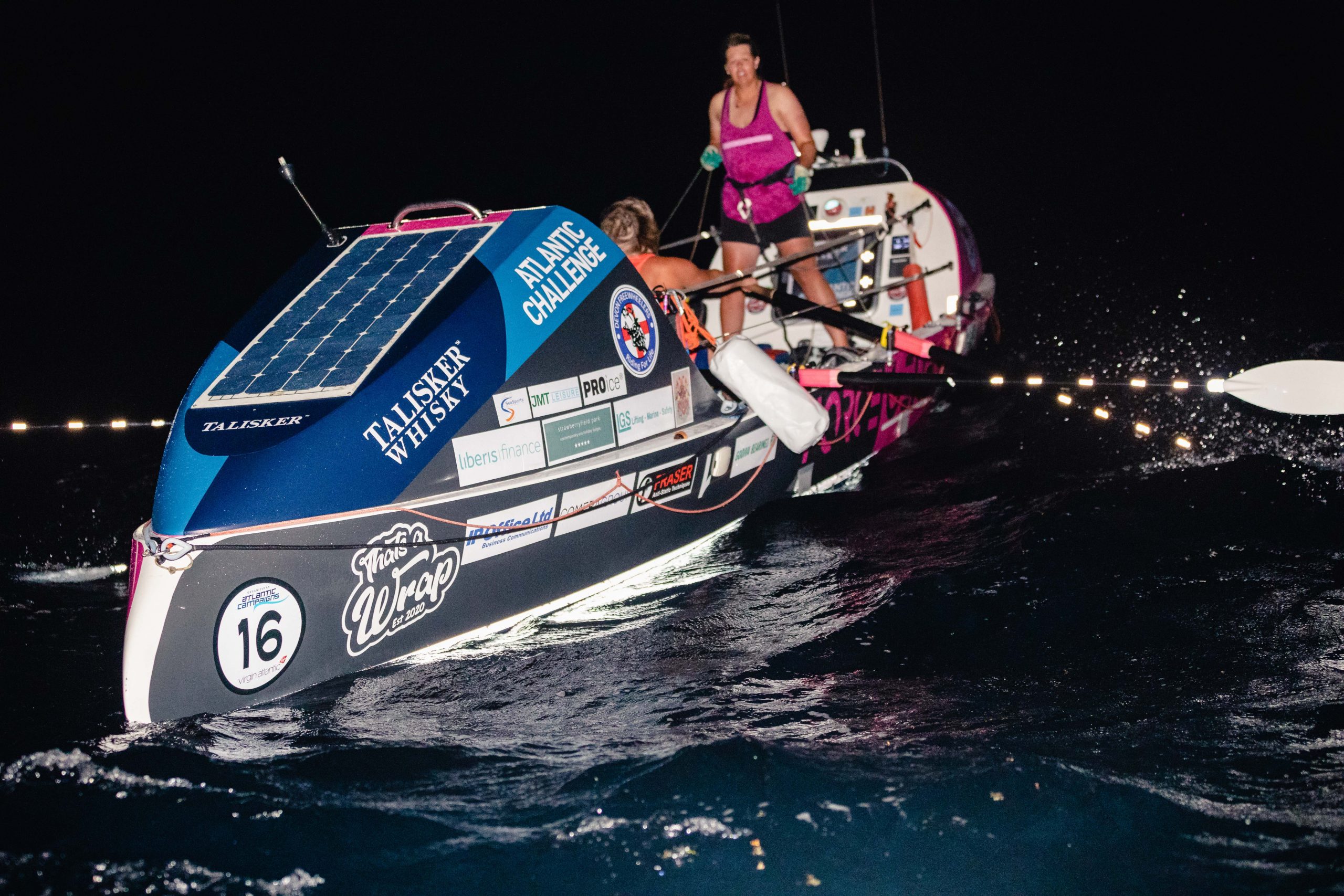 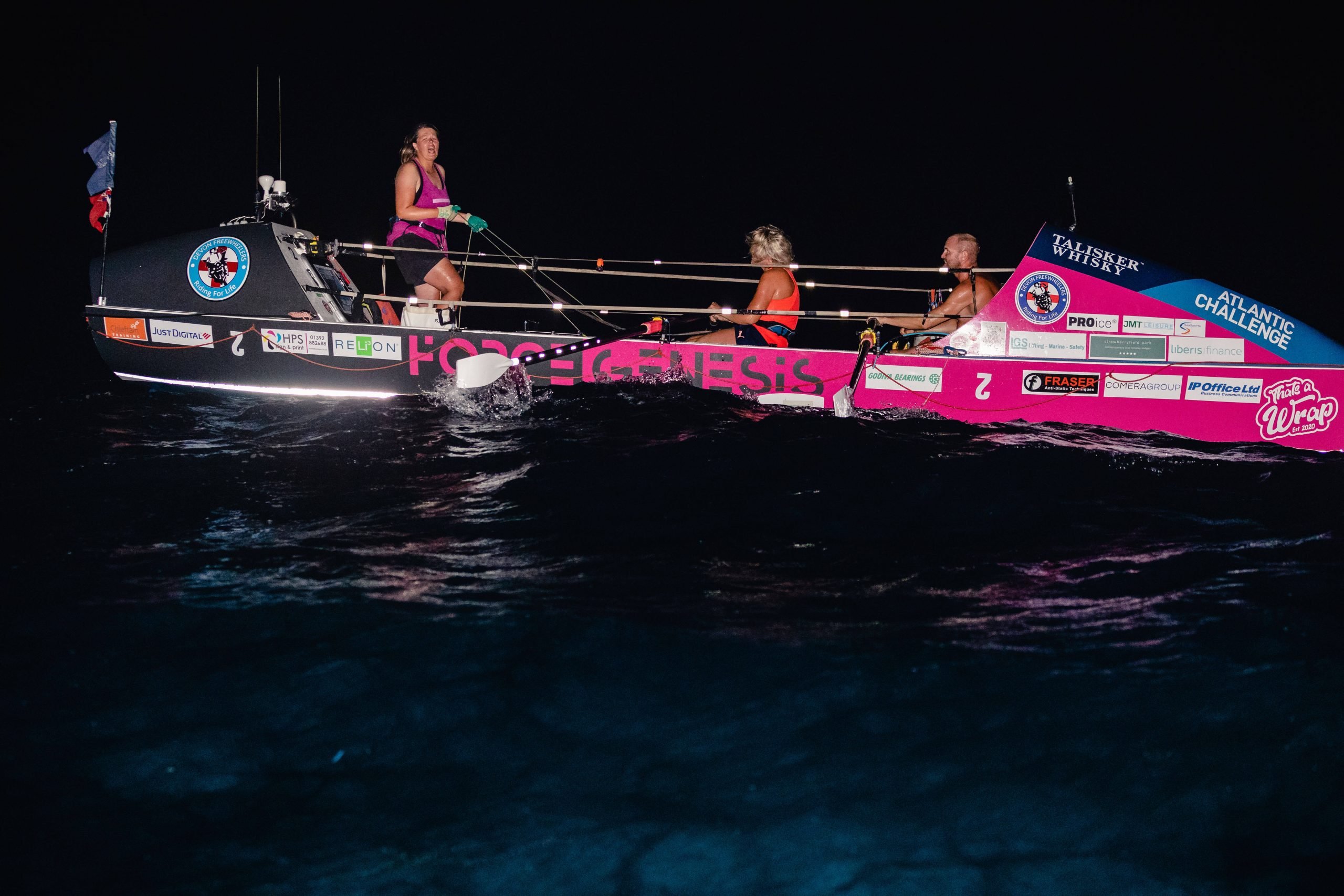 The team about to finish the race in Antigua.
Photo: Atlantic Campaigns.

The crew chose to fundraise for Devon Freewheelers, through a JustGiving page – which is still taking donations – after rower Mark Sealey’s chance meeting with a Devon Blood Biker, and learning about the work of the charity.

Before setting off on the Talisker Whisky Atlantic Challenge, Mark said: “We all thought Devon Freewheelers, the blood bikes, was such a worthy charity.

“They are such a great charity. You see the Devon Freewheelers bikes on the road. They deliver so much, including blood, surgical equipment and baby milk.

“We wanted to support smaller charity that is struggling through the pandemic day-to-day.”

We all thought Devon Freewheelers, the blood bikes, was such a worthy charity…

It was sailing expert and Devon Freewheelers volunteer Brian Saunders who helped the crew solve the steering issues, giving advice to Force Genesis over the satellite phone.

Despite the trials thrown at them while at sea, official race organisers said Force Genesis brought ‘a lot of motivation and smiles to the challenge’.

After celebrating crossing the finish line, Force Genesis said they would ‘definitely do it again’.

The team said: “The rowing is easy. It’s the rest of it.”

They said being on the Atlantic Ocean away from the modern world had been ‘fantastic’.

Interviewed by race officials immediately after stepping off the boat, Force Genesis said: “It’s been nice to get away and to be able to focus on one thing, especially during such a negative time.” 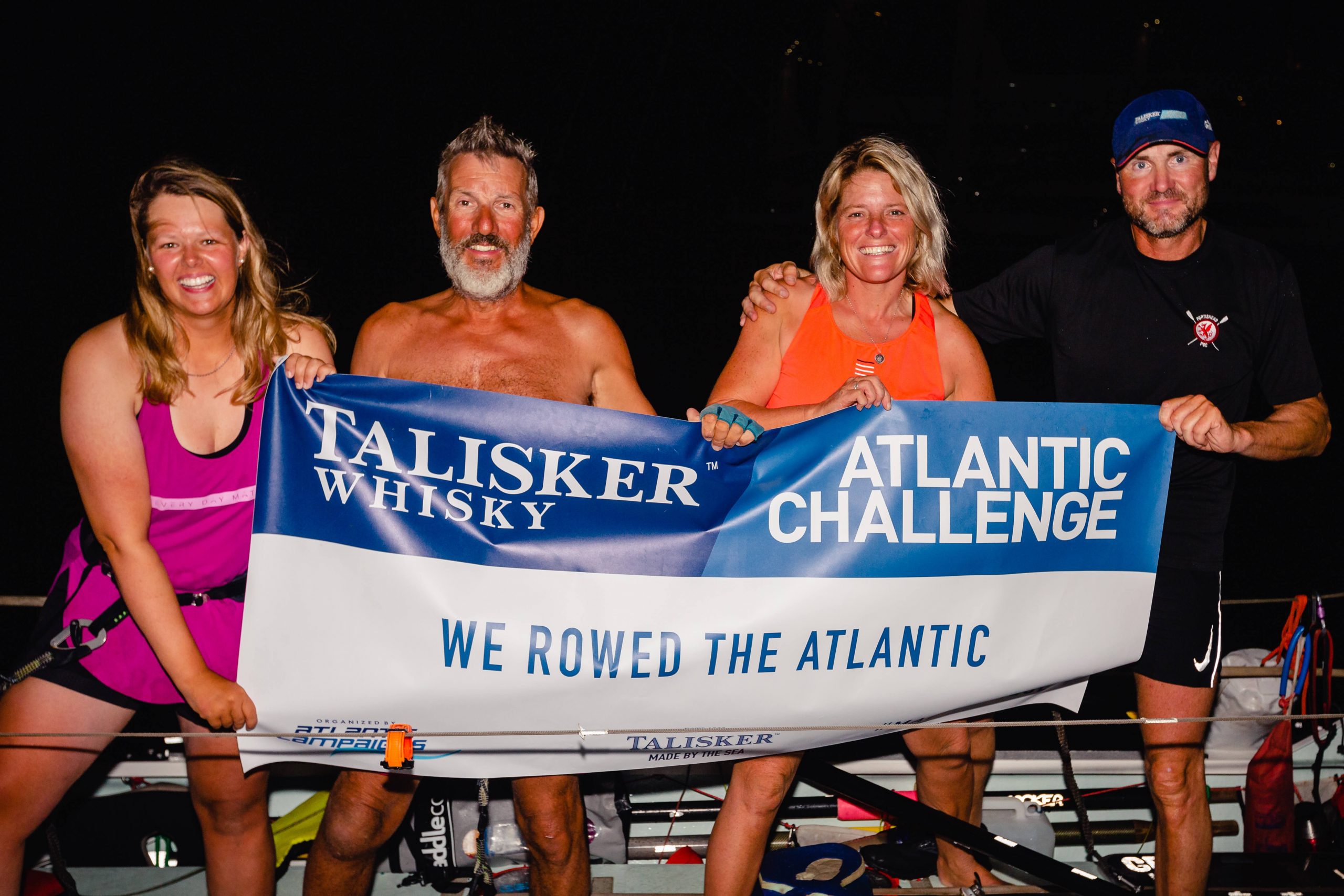 While at sea the four-strong team, with full kit on board, mainly operated on a two-hour on, two-hour off basis, continuously rowing in pairs.

During the final fortnight of the race, Force Genesis abandoned the plan and adopted what the team called a ‘more gruelling ad hoc shift pattern’.

The system change included a two-hour steering stint and resulted in just a few hours of rest a day.

The team of four spent more than a month boat onboard boat Jasmine Ann.

The vessel measured around seven meters long, just short of two meters wide, with a small cabin for protection against storms.