Tuesday, September 28
Trending
You are at:Home»News»East Devon»VIDEO: Woman found clinging to cliff near Seaton after breaking her leg was ‘one of the most demanding rescues’, says Coastguard

A woman found clinging to a cliff edge near Seaton, suffering a broken leg after slipping on mud and falling six feet, was saved by the emergency services in what the Coastguard has described as ‘one of the most demanding rescues’.

Beer and Lyme Regis Coastguard Rescue teams, along with HM Coastguard’s helicopter from St Athan, the police and air ambulance, Sidmouth Independent Rescue Boat, Devon and Cornwall Police and South West Ambulance were tasked to Culverhole, East of Seaton, to reach the woman, who had slipped on mud while out walking with her partner, son and the family dog.

The woman, who suffered compression breaks to the bones above the ankle, requiring surgery, was found holding onto the cliff edge by coastguard teams, who walked for 35 minutes across the pebble beach to reach the casualty.

HM Coastguard said the incident had been a ‘challenging technical rescue’.

Drew Parkinson, Coastal Operations Area Commander, who was sent to oversee the incident said it had been ‘one of the most demanding rescues he had been involved with’.

He said: “She was holding onto the edge when we arrived. It was a really tense atmosphere as the teams set up the equipment for the rescue and cliff technician Kevin Gosling went down to get her.

“The relief all round when she was brought back up was heartfelt.”

The woman was airlifted from the beach near the river mouth, and was taken to the Royal Devon and Exeter Hospital by waiting ambulance.

It was found she had broken her leg and needed surgery to insert a metal rod in her shin to stabilise the break.

Beer Coastguard Rescue said its team members and a paramedic walked to reach the casualty, where it was decided the woman should be airlifted because of her injuries.

“The first team members arrived and assessed the casualty. The rest of the team were bringing the stretcher.

“It was thought that a helicopter extraction would be the best option, but waited until the paramedics arrived for their opinion.

“They confirmed a helicopter was the best option, as a stretcher carry along the beach would have taken an hour and caused more pain to the casualty.” 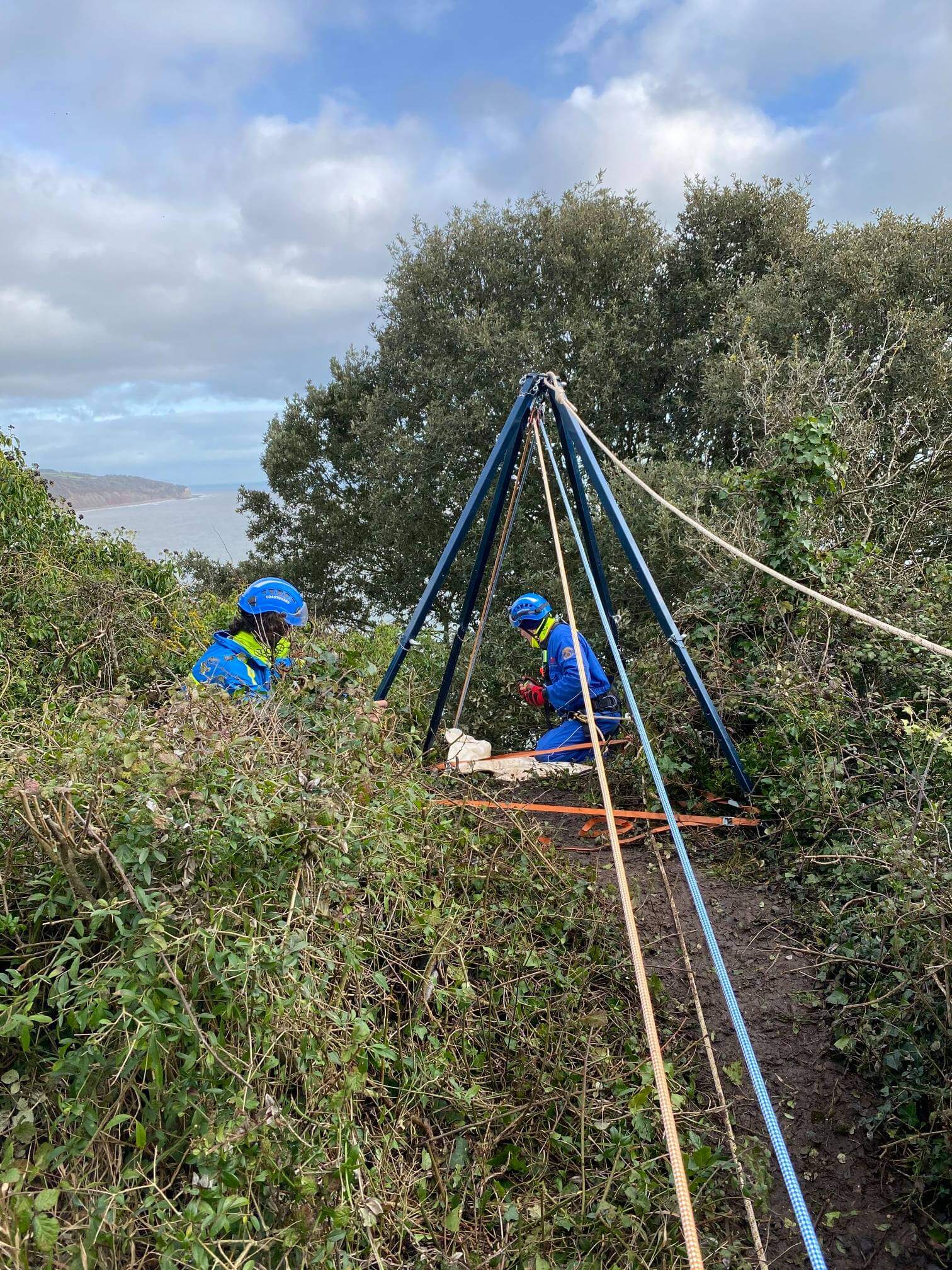 The helicopter, Coastguard Rescue 187, was tasked from St Athan near Cardiff.

The Beer Coastguard spokesperson said: “Once on scene it dropped the winchman on the beach and took off again to assess a landing site near the ambulance at the river mouth.

“It then went back and picked up the casualty.

“The helicopter then landed at the river mouth.”