A successful school computer campaign in Budleigh Salterton has raised more than £6,000 so pupils can continue learning through lockdown.

Staff and pupils at St Peter’s Primary School were keen to boost the number of Chromebook technology and laptops available for kids to use at home and in the classroom.

Thanks to the generosity of the town, and churches local to Budleigh, the school swiftly smashed its original £5,000 target.

He said government-allocated laptops to help school children amid the pandemic were not due to be ordered for ‘several weeks’ – with St Peter’s Primary School allowed to apply for ‘between two and four’ laptops.

Mr Hitchcock said he had been ‘blown away’ by the generosity shown to the school by the town responding to the appeal.

“The generosity of the community has made this really tough time easier to swallow,” said Mr Hitchcock. “I want to say the biggest thank you for all donations so far – they will make a real difference.

“Before I could even officially launch the campaign, the Baptist Church and Budleigh Library were able to get support from their members, who have been so generous.

“I would like to thank James and Julia Henly, from the Baptist church, and Laura Killington, from Budleigh Library, for getting the word out there, and even collecting donations themselves.”

“It’s been heart breaking to know the difficulties that families have been under to provide home learning, so getting technology to our families is just amazing.” 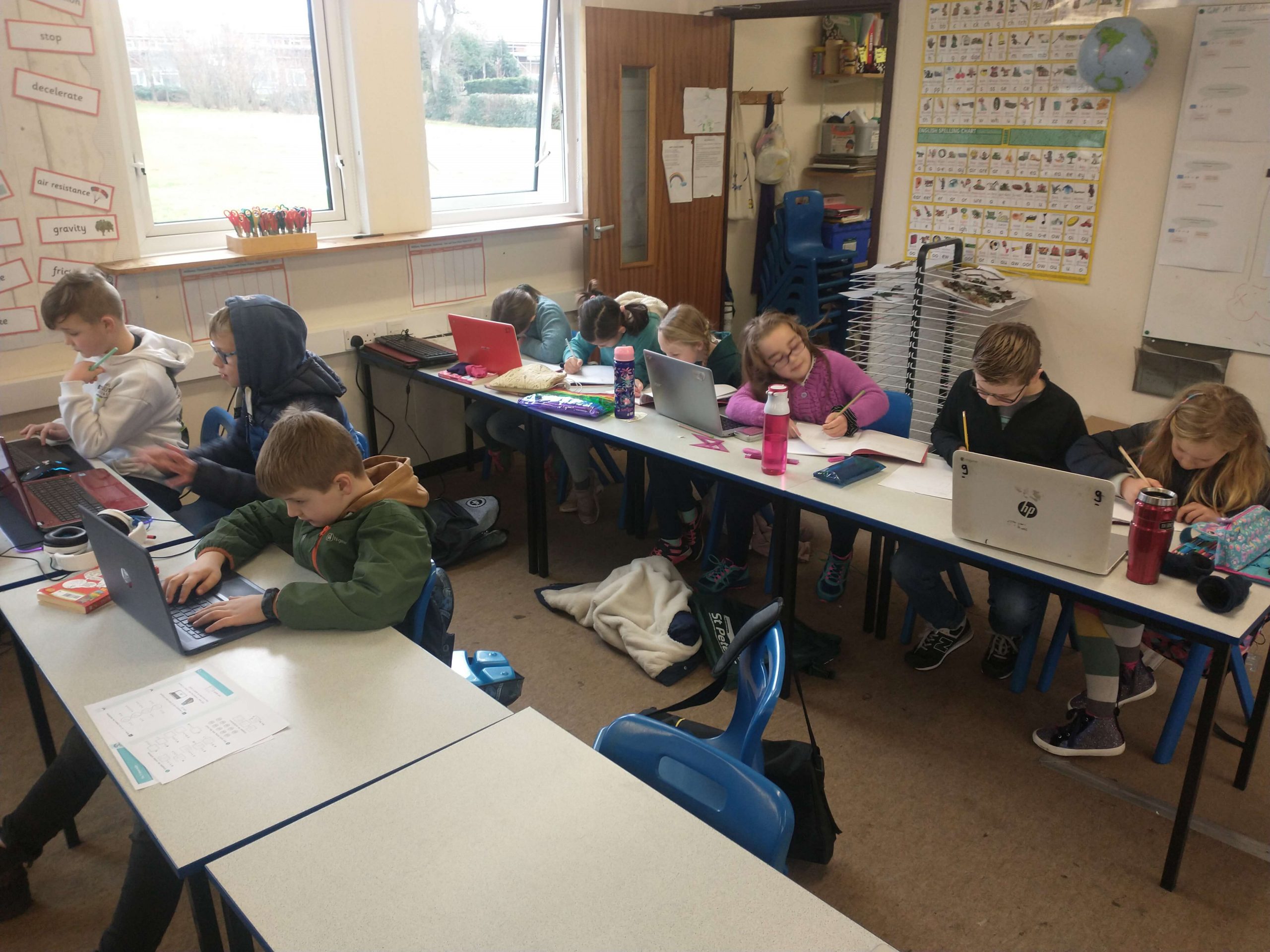 Prior to the campaign, the school had around 30 available Chromebooks for the 100 children currently going into school.

The extra technology means youngsters at home and in the classroom can access Google classroom documents, where the pupils’ schoolwork is stored online.

Currently the school is printing out work for children without computer access, and has appealed for pupils to bring in laptops from home.

Mr Hitchcock said: “The school has a supply of just over thirty Chromebooks at the moment and we need as many as we can so that our children can access remote learning.

“At the moment we don’t have all of our children at school because of the lockdown.

“We have got about twenty-five per cent of the school in, so that’s about one hundred children. Thirty Chromebooks does not go equally to all of those children.

“We have also got a significant number of children at home who do not have access to that type of technology.”

He added: All of our work is set online, on Google Classrooms. Accessing this is imperative to ensure a good level of education can continue through these terrible times.

“During the last lockdown we loaned lots of our Chromebooks out. We have less to distribute this time. We have asked for pupils to bring in laptops from home.

“We do print out learning for those that can’t access the internet, but it is not as effective – and we have many months of home learning to get through.” 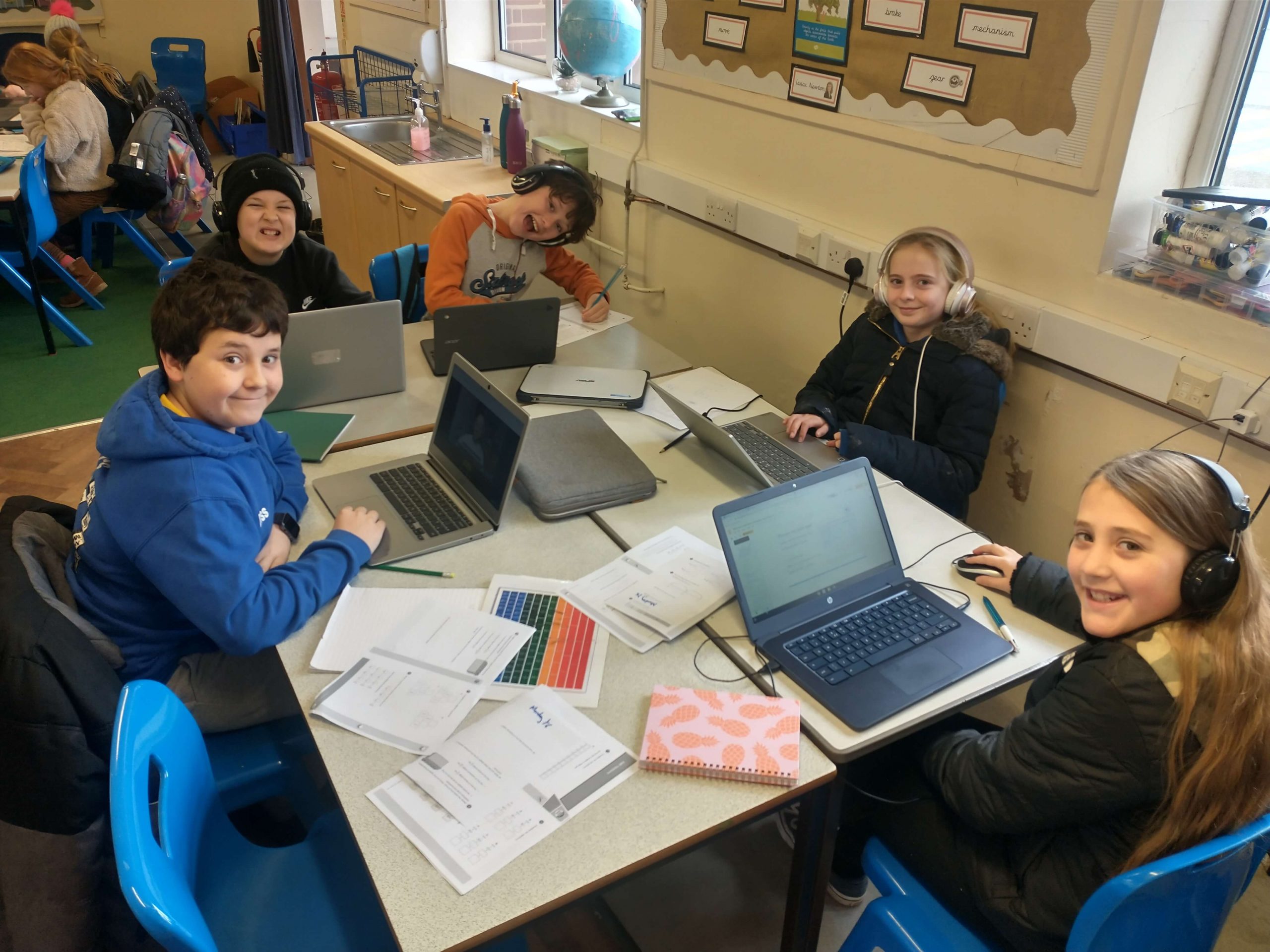 Mr Hitchcock said: “You may have heard that the government has allocated laptops to help schools.

“We have been allocated between two and four laptops, that are not due to be ordered for several weeks.”

Staff and pupils going to school have been wrapping up in outdoor coats and warm clothes to learn, as classroom doors and windows are kept open to help stop the spread of Covid-19.

And youngsters attending school are being taught in small class ‘bubbles’.

‘Doing nothing is not an option’: Multi-million-pound plans to restore natural Otter Estuary flood plains at Budleigh Salterton are approved