A blaze which destroyed a wood store in the garden of a home in Tipton St John spread to a small gazebo.

Fire crews from Ottery St Mary and Sidmouth were called to the property at lunchtime on Wednesday (January 27) where they put out the fire then dragged the wood from the store to make sure it would not reignite.

The fire crews said the cause of the blaze was accidental and urged care when disposing of ash or other ‘combustible materials’.

An Ottery Fire Station spokesperson said: “Crews were mobilised to a domestic fire which was later identified as a wood store, which had spread to a small gazebo.

“Crews got to work quickly using a hose reel jet and small tools to extinguish and drag out the wood pile to ensure that it was cool and not going to reignite.

“The cause of the fire was accidental.”

They added: “Please remember to always dispose of ash and other burnt or combustible materials properly and ensure they are well away from fuel sources, such as wood.” 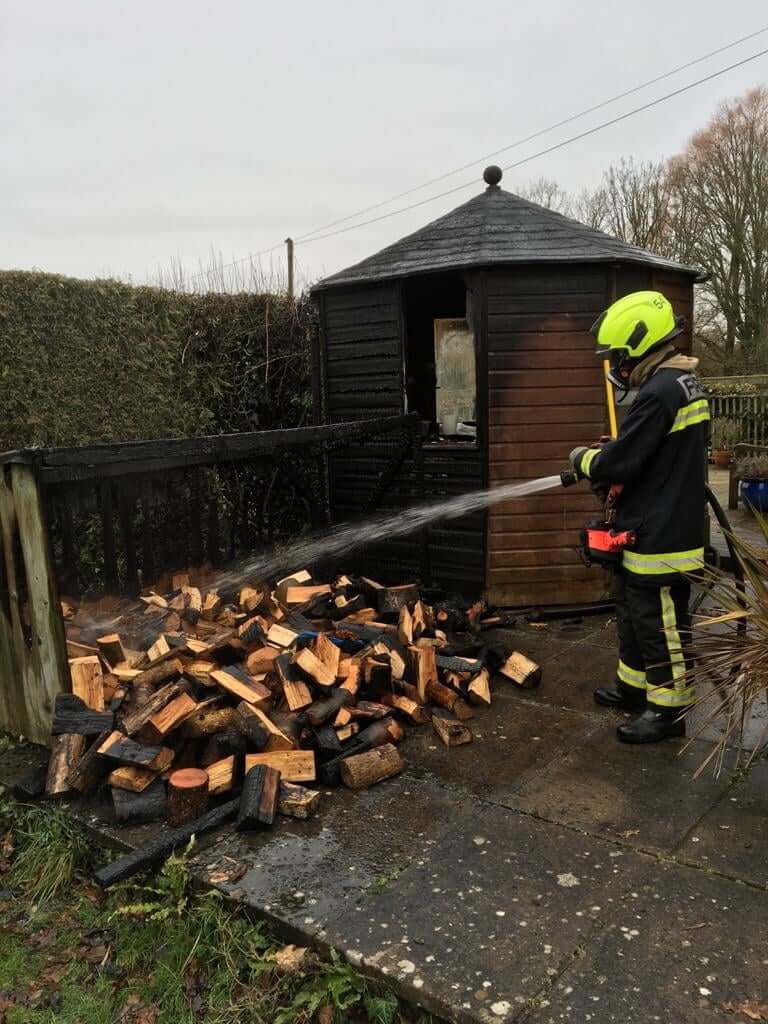 Firefighters extinguished the fire then dragged the wood out to cool it down.
Photo: Ottery St Mary Fire Station.

Fire crews were called to the property shortly before 1pm after the alarm was raised by a member of the public.

When the crews arrived they found an outdoor gazebo and wood store on fire.

The log store was completely destroyed by the blaze and the gazebo was left with 20 per cent fire damage. 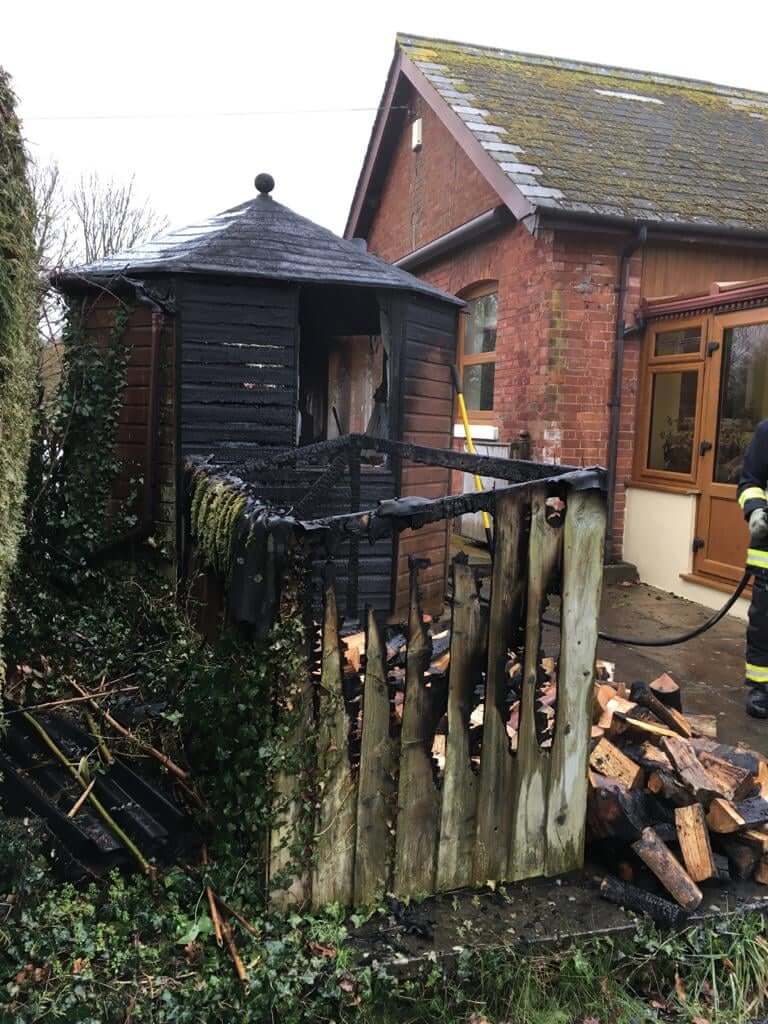 The fire spread from a wood store to a gazebo in Tipton St John.
Photo: Ottery St Mary Fire Station.

“On arrival there was a fire within an outdoor gazebo and nearby log store.

“Crews got to work with a thermal imaging camera, one hose reel jet and two drag forks to put the fire out.

“The gazebo was twenty per cent damaged by fire and the log store one hundred per cent destroyed by the fire.

“This is believed to have been accidental.”