Flood warnings have been issued for areas of East Devon after Storm Christoph battered the UK, bringing heavy rain.

The Environment Agency (EA) on Thursday lunchtime (January 21) warned flooding was expected in the areas of the River Clyst, from Broadclyst to Clyst St Mary, as water levels remained high.

The EA said flooding was predicted but the situation had begun to improve.

An EA spokesperson said: “Rain has now cleared the catchments in the area and no significant rainfall is expected today, or tomorrow.

“River levels remain high in this area but will start to fall through the afternoon and overnight.”

An EA flood alert has been placed on the River Clyst and Culm, and their tributaries.

“Storm Christoph has cleared and river levels will begin to fall throughout today,” an EA spokesperson said. 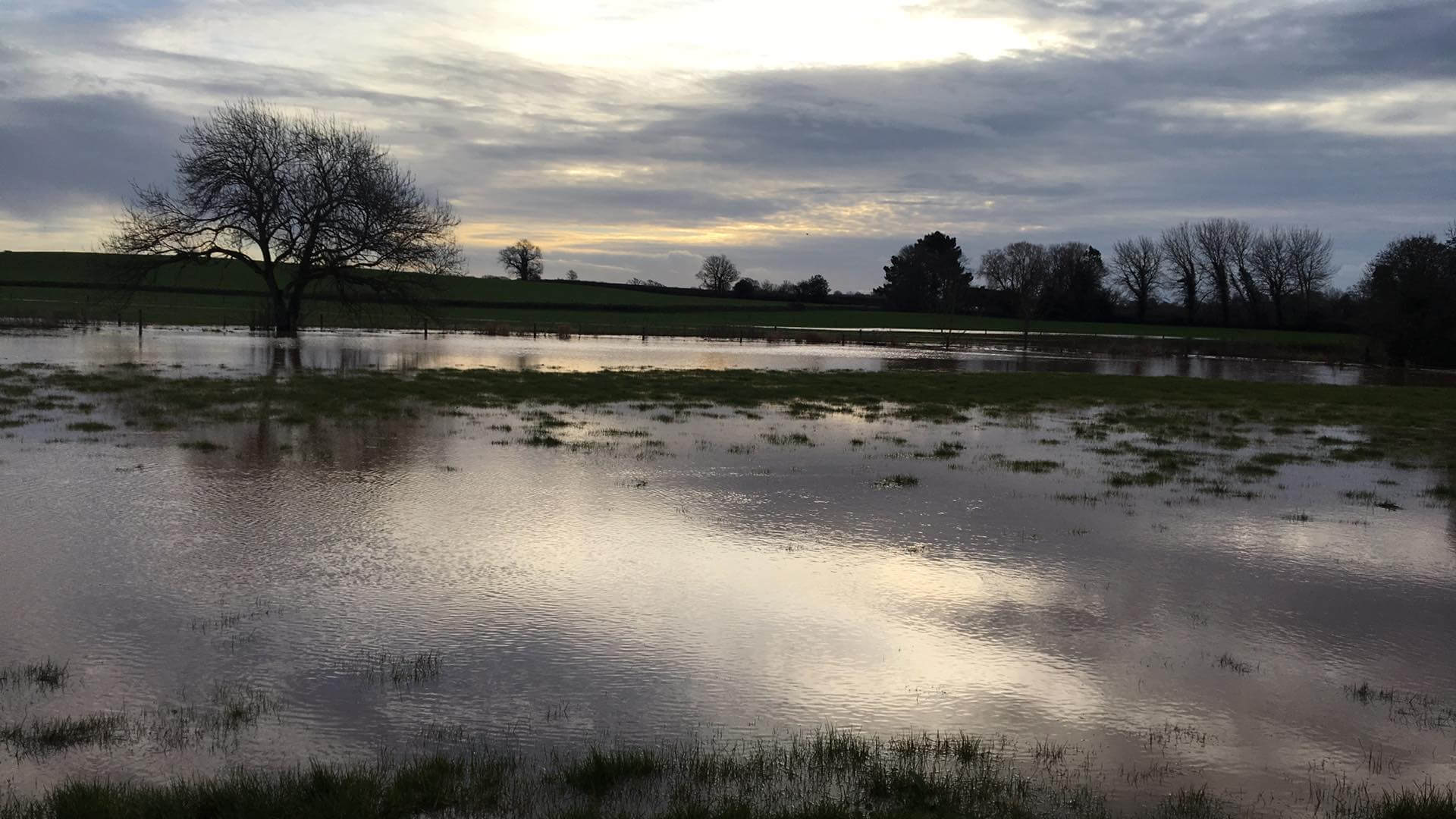 The River Clyst at Broadclyst, spilled over onto farmland.
Photo: East Devon News. 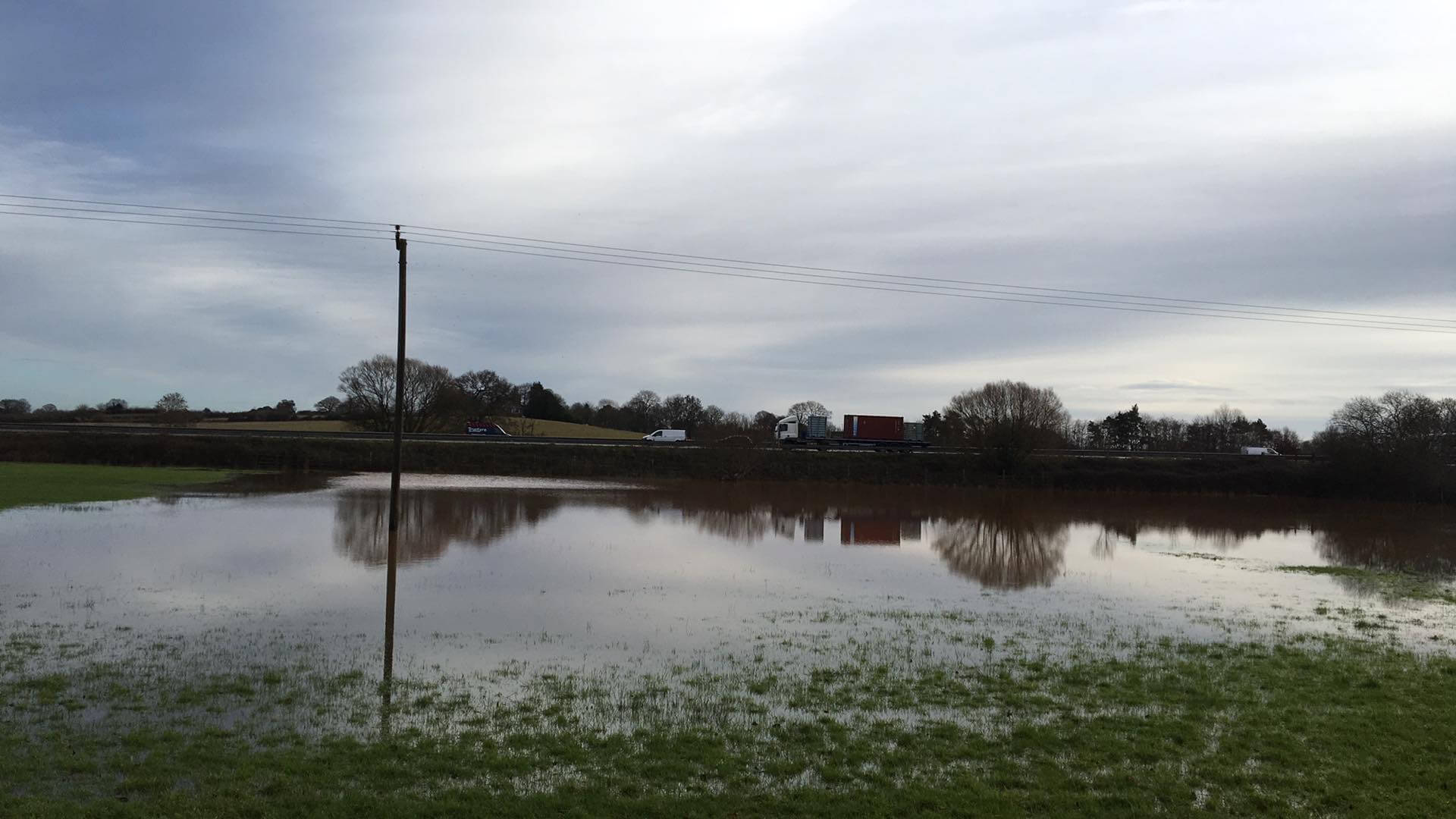 The EA warned flooding was possible in the Lower Exe area, including Stoke Cannon, Topsham and Exeter, due to saturated land from heavy rainfall.

River levels were expected to drop throughout the day will be constantly monitored, the EA said.

The EA said the risk of flooding had now reduced near the Rivers Otter, Sid and the Exmouth area, with water levels falling below levels of concern.

“No further flooding to fields and roads is expected, however there may be standing water for several days,” the EA said.

The risk of flooding from the River Yarty, from Yarcombe to Axminster, has now reduced.

And a flood alert for the River Axe, from Axminster to Axmouth, was removed shortly before midday on Thursday.

The EA said: “The risk of flooding from the River Axe has now reduced, and river levels are falling below levels of concern. No further flooding is expected.” 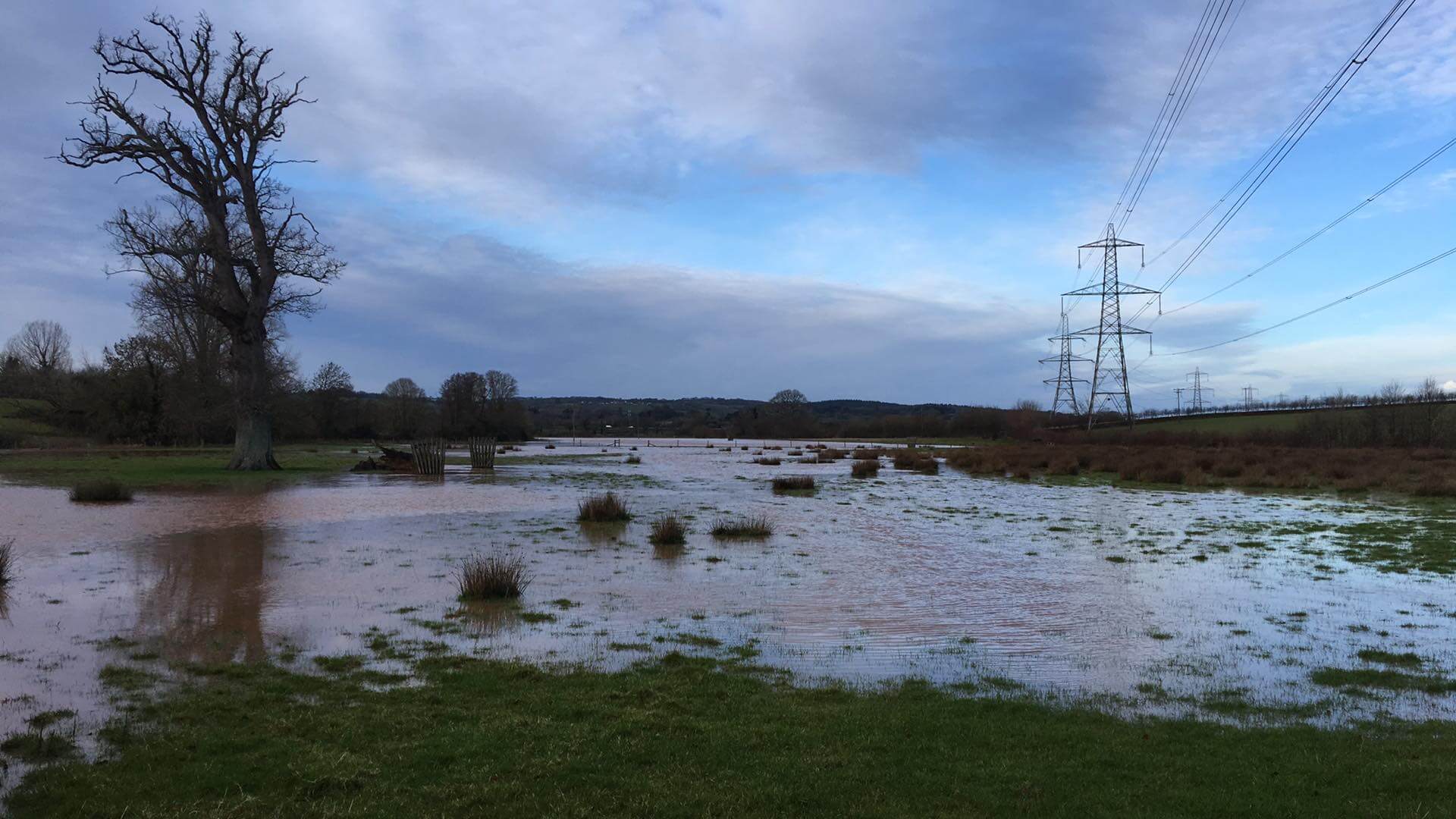 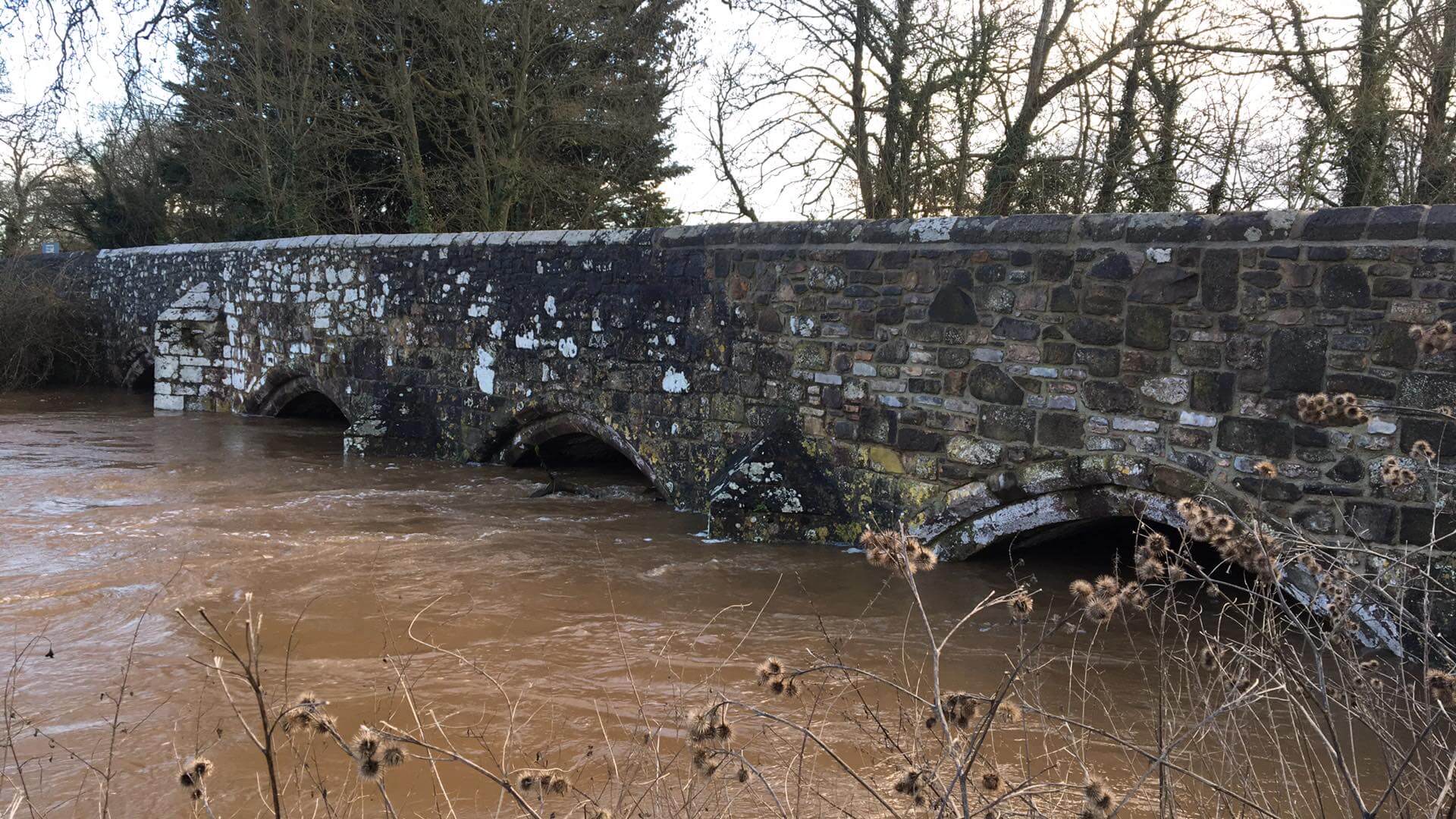 Heavier-than-expected overnight rain in some areas of East Devon prompted the Environment Agency (EA) to warn of possible flooding to property and roads in the early hours of Thursday morning.

Shortly before 1am on January 21 the EA said flooding was possible in low-lying areas at Ashclyst, Broadclyst, Clyst Honiton and Southbrook, near Rockbeare, and water could be deep and fast-flowing.

An EA spokesperson said: “Heavier than expected rain has fallen over the Clyst catchment.

“Flooding is expected in the early hours of Thursday morning.

“Flood waters may be deep and fast flowing in these areas.

“Residents are strongly urged to take action now. Remain safe and be aware of your local surroundings.

“We will be closely monitoring the situation throughout the day.”

Residents living in properties and low-lying areas around Whitford Road between Whitford and Musbury, the A3052 at Colyford, the A35 at Yarty Bridge, Seaton Marshes, and farms and other isolated properties between Axminster and Axmouth, were on Wednesday night warned the areas could flood first.

The EA said flooding was ‘expected imminently’ on Wednesday evening in the River Axe area, from Axminster to Axmouth, and residents were urged to take action.

And those living in areas near the Lower Exe were told flooding was possible from Wednesday night into Thursday morning after heavy rain caused the River Exe to rise higher than predicted.

At the time the EA said there would be flooding to low-lying land and roads close to the river, but did not forecast any risk to properties.