The hunt is on in Exmouth to find the ‘mystery’ owner of the Magnolia Centre clock ahead of its permanent removal.

Exmouth Town Council is appealing for help to identify who originally funded the clock, which is believed to date back to the 1970s when the Magnolia Centre was redeveloped.

The town council wants to ‘explore options’ for a new clock on the site of the current broken timepiece, but cannot act while ownership remains unknown.

Devon County Council, which owns the land where the clock sits, will grant permission for its removal once the town council has proved there are no ownership doubts.

Lisa Bowman, Exmouth Town Council clerk, said the community’s help was needed to help identify the owner of the clock.

She said: “The clock forms part of the public realm seating area outside the Co-op and is believed to date back to the 1970s when the Magnolia Centre was redeveloped, but its ownership remains a mystery.

“The council has established that the land on which the clock has been erected belongs to Devon County Council and in recent years, East Devon District Council has contributed to the upkeep of the clock, but nobody has been able to identify who funded the clock initially and it does not feature in the archived planning application for the Magnolia Centre.”

She added: “The town council wishes to remove the current structure and will then explore options for a replacement clock but needs permission from Devon County Council to do so and has been advised, as a precautionary measure, that it should do all it can to satisfy itself that there are no ownership disputes.” 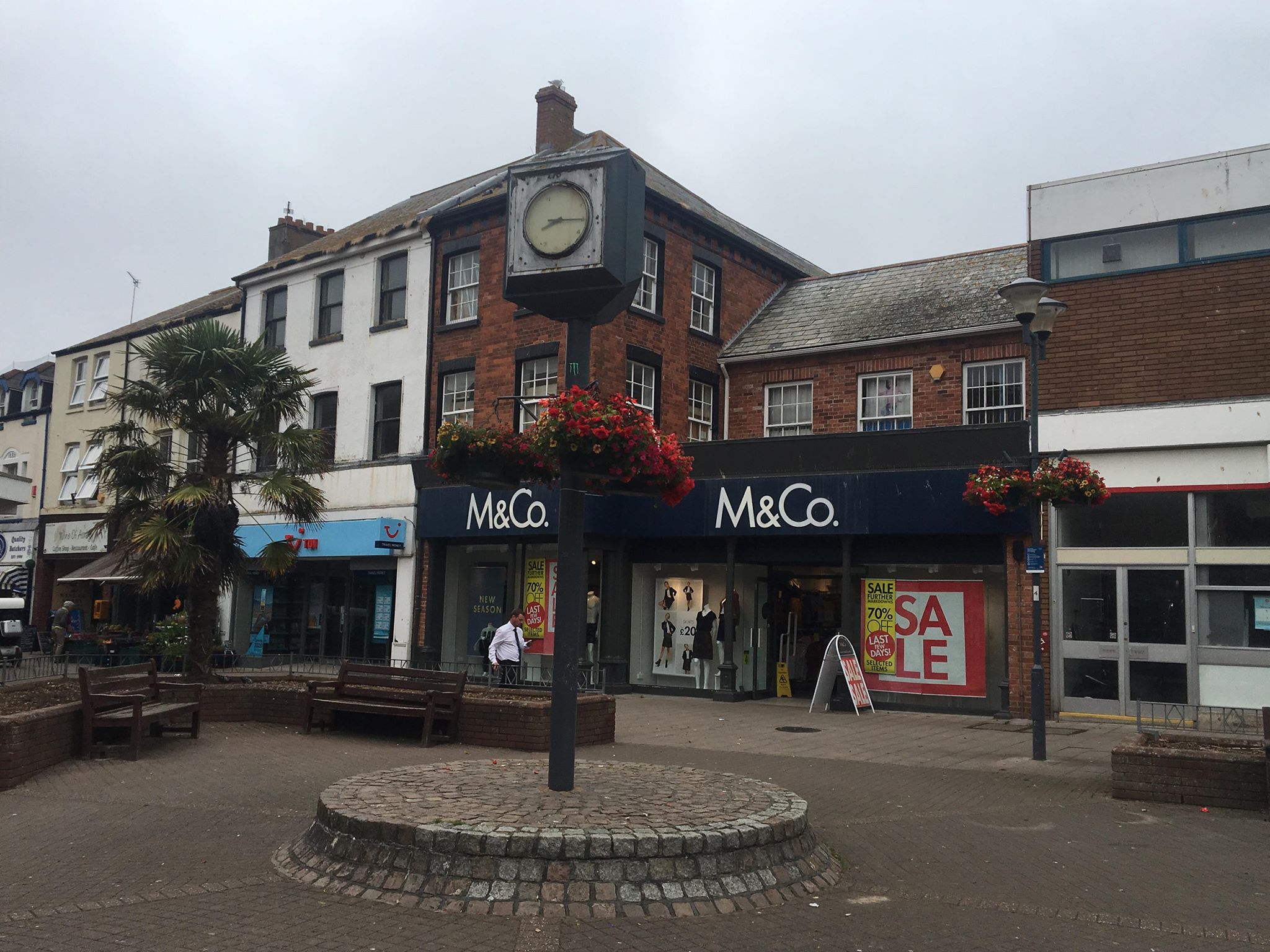 The broken Magnolia Centre clock is thought to date back to the 1970s. Photo: East Devon News.

In autumn 2019 Exmouth Town Council revealed it could cost a minimum of £35,000 to dig up the private land on the site of the defunct electric clock to locate and switch off the power before any repairs could begin.

Exmouth residents hit back at the ‘excessive’ cost, calling the broken timepiece ‘a bit of an eyesore’, likening it to ‘a glorified hanging basket’.

Questions over the ownership of the clock began in the summer of 2019 when Exmouth town councillor Paul Millar said he believed there was a ‘good business case’ to refresh the Magnolia Centre.