Thursday, February 25
Trending
You are at:Home»News»East Devon»Fishing trawler taking on water near Sidmouth is rescued by Exmouth RNLI

A fishing trawler in difficulty off Sidmouth was brought safely back to port by Exmouth RNLI.

The all-weather lifeboat on Friday afternoon (January 15) was launched after a fishing vessel reported it was taking on water some six miles off shore.

The lifeboat crew escorted the stricken vessel to Brixham harbour after the fishing boat’s problem was temporarily fixed.

Steve Hockings-Thompson, Exmouth RNLI coxswain, said: “The crew on the trawler made the correct decision in requesting assistance as soon as they discovered the problem.

“We were on scene with the casualty vessel very quickly and myself and my volunteer crew were pleased to assist the boat safely back to port.”

The route taken by the lifeboat crew to rescue the stricken vessel.
Image: myshiptracking.com

The all-weather lifeboat, R & J Welburn, was requested by the Coastguard to a report of a fishing trawler taking on water, positioned six miles due south of Sidmouth.

The lifeboat launched at 3.48pm and arrived at the vessel shortly after 4pm.

An RNLI spokesman said ‘at this time the vessel had temporarily resolved the problem’.

It was escorted safely back to harbour at Brixham by Exmouth RNLI shortly before 5.30pm. 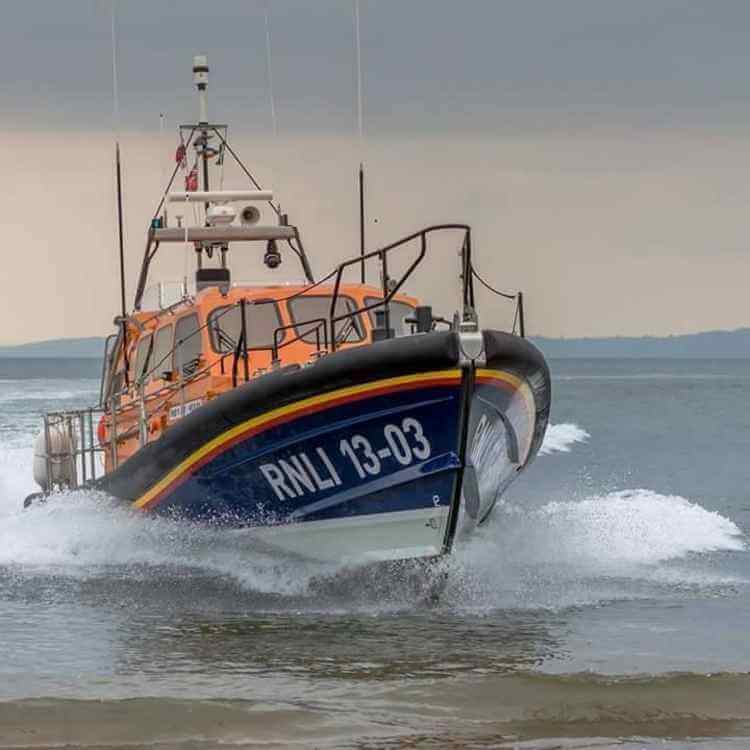