Tuesday, January 26
Trending
You are at:Home»News»East Devon»Axminster»Road is closed for several hours while lorry is untangled from high voltage electricity cable at Axminster

A trucker at Axminster was told to stay inside his lorry for safety after his vehicle became entangled with a high voltage electrical cable on Thursday afternoon (January 7).

A fire crew called to help was delayed by several minutes after a parked car blocked the road, stopping the engine from passing and prompting a warning from firefighters.

Firefighters from Axminster and Chard plus neighbouring Dorset crews from Charmouth and Bridport, police and Western Power Distribution were called to Abbey Gate, on the A358, at around 4pm

The road between the junction of the A35 and Boshill Cross was closed for several hours, until around 11pm, while Western Power worked on the cable.

Chard firefighters said they were delayed reaching the lorry by several minutes after a vehicle causing an obstruction in the town stopped the fire engine getting through.

An Axminster Fire Station spokesperson said: “Our firefighters were mobilised to an incident at Abbey Gate involving a lorry and electrical wires.

“Chard Fire Station were also mobilised to this incident, who were significantly delayed as a vehicle was obstructing South Street.

“The fire appliance was unable to get through until the vehicle was moved.”

The spokesperson added: “Every second counts when responding to an emergency. Please consider not only our fire appliances but all emergency vehicles when parking your vehicles.”

A Chard Fire Station spokesperson said the crew had been delayed by around four minutes.

“This was due to a parked car not parking correctly on the sides the road.

“Please when parking your car, just think to yourself, could emergency vehicles get through.” 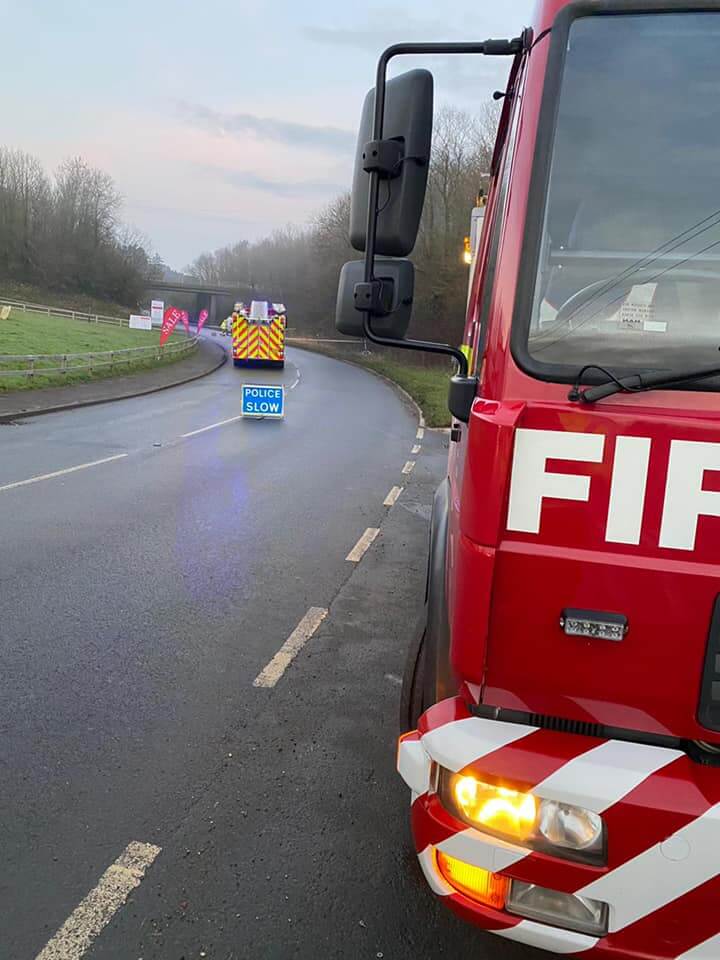 The road was closed for several hours between the junction of the A35 and Boshill Cross, at Axminster.
Photo: Axminster Fire Station.

A Devon and Cornwall Police spokeswoman said: “Police were informed by the fire service at around 4.20pm yesterday afternoon of a loose live electric cable in the road on the A358 near Axminster.

“It appeared a lorry had clipped the power cable causing it to come loose.

“Police attended and closed the road between the junction of the A35 and Boshill Cross for several hours while Western Power worked on the cable.